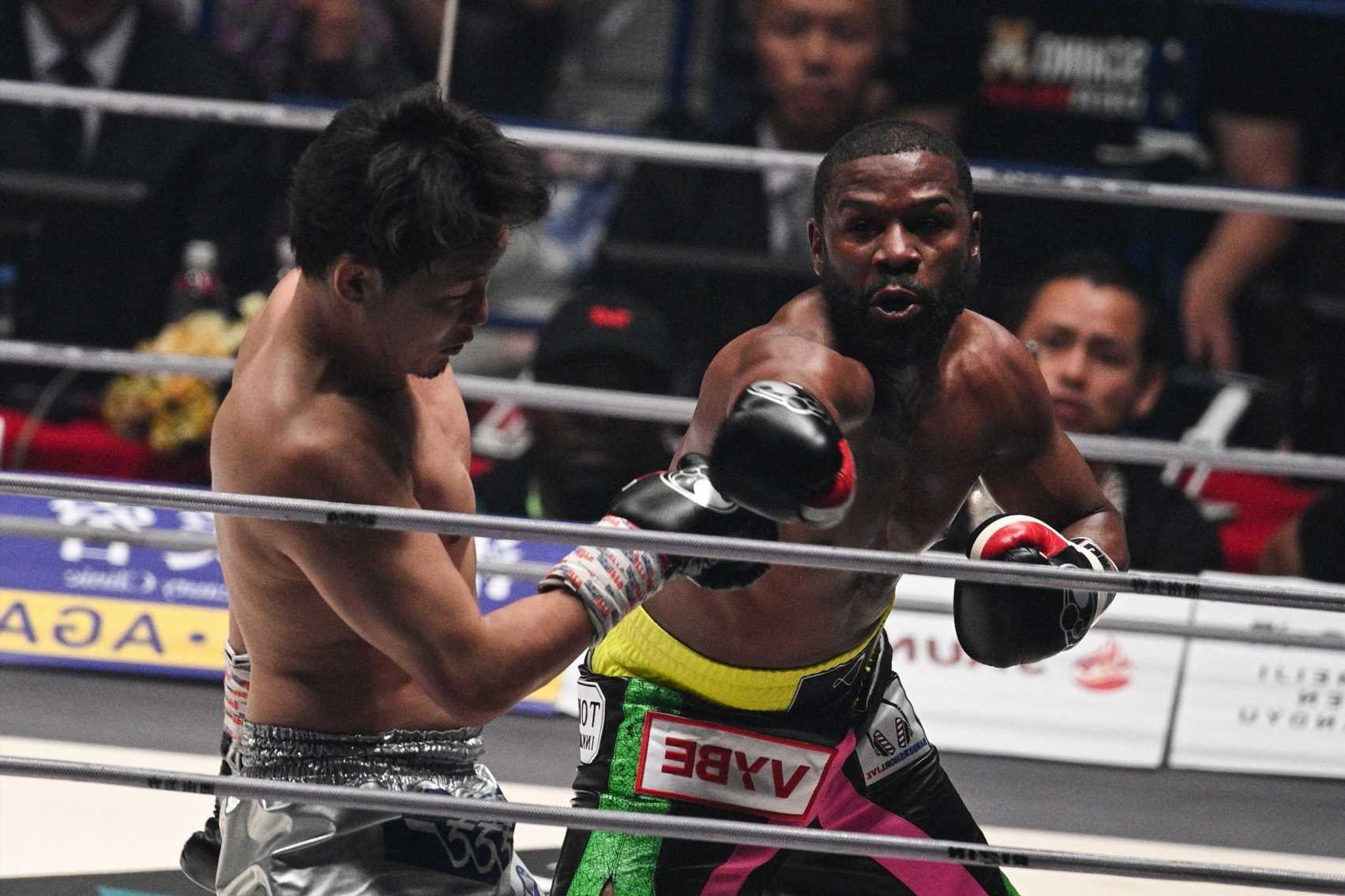 FLOYD MAYWEATHER knocked out Mikuru Asakura in two rounds of their exhibition bout – in front of old rival Manny Pacquiao.

Filipino icon PacMan travelled to Japan for a ringside view of the scheduled three-rounder.

Asakura even landed a perfect counter right hook, which snapped Mayweather's head back in the second round.

But that actually proved to be the beginning of the end as the 50-0 boxing icon poured on the pressure.