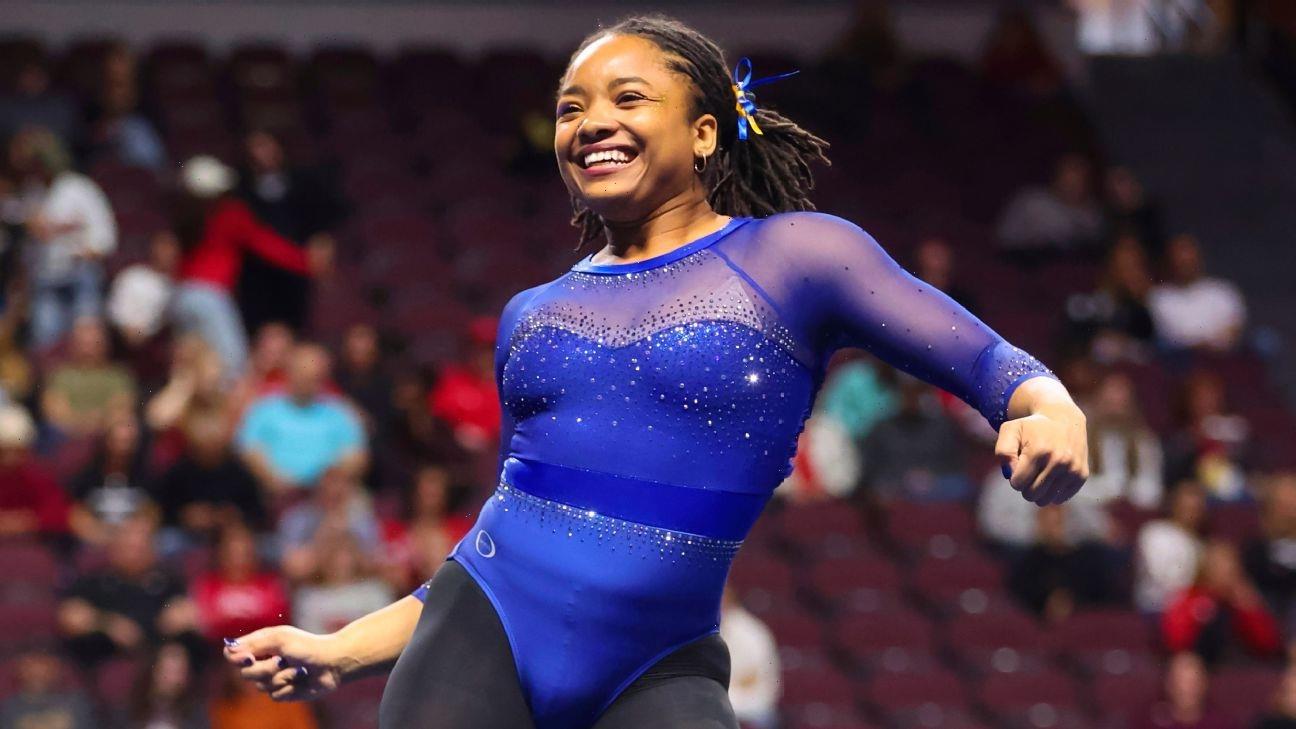 When Fisk gymnastics head coach Corrine Tarver first reached out to potential recruits, she led with a simple question:

“Do you want to make history?”

On Friday, those who accepted her offer did just that — and Fisk became the first HBCU gymnastics team to compete at the NCAA level.

Facing North Carolina, Southern Utah and Washington at the Super 16 event in Las Vegas, the Bulldogs made their eagerly awaited debut just 14 months after the school initially announced the formation of the team.

Fisk wasted no time in making its presence known. Starting the meet on floor, Naimah Muhammad — the leadoff gymnast — showed no signs of nerves and instead wowed the crowd with her big tumbling. Ending the routine with a double tuck, she was met by her teammates and coaches as soon as she walked off the floor, and many, including Muhammad and Tarver, had tears in their eyes.

“It’s humbling,” Tarver told ESPN ahead of the meet. “Something that’s a long time coming and so I’m so proud to be able to bring the team to the floor that is a historically Black college and university. It’s the first time ever so we’re ready to go.”

Morgan Price, the Bulldogs’ five-star recruit who had initially committed to Arkansas before switching to Fisk, was the team’s strongest performer on the day, competing on all four events and earning the meet’s highest score on vault with a 9.9, thanks to her stuck Yurchenko full.

Price, who previously told Sports Illustrated she had dreamed of being an HBCU gymnast even before there was a team, knew what the day meant to the sport.

“It feels really cool,” Price told ESPN on Thursday. “We have a lot of eyes on us because we are the first and because we are making history, so it’s just so exciting to be a part of the first team ever.”

Tarver said she was amazed by the warm welcome the team had received by their peers — and even some who weren’t in Las Vegas did so publicly. The Stanford team posted a video on social media wishing the Bulldogs luck earlier in the day.

The Bulldogs will next compete against the 2021 NCAA champion Michigan team on Jan. 13.