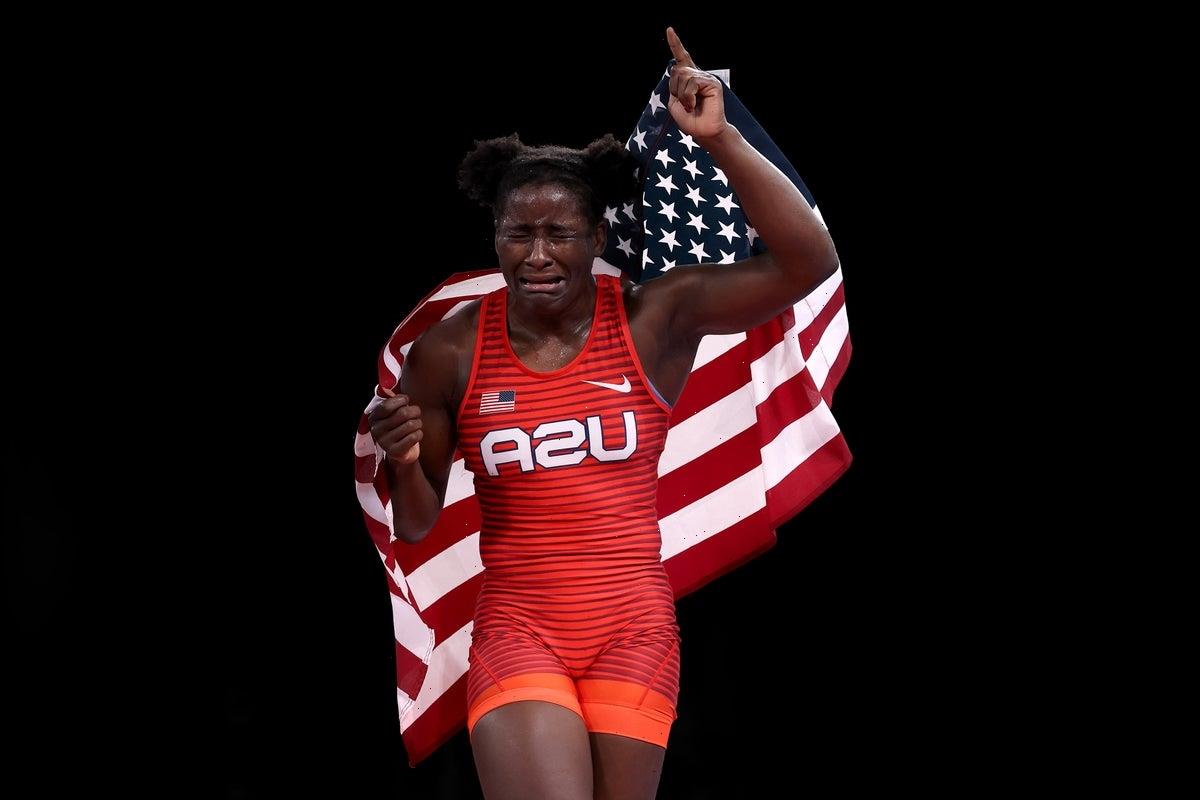 After Tamyra Mensah-Stock won the Olympics women’s wrestling freestyle 68kg gold medal – the first Black woman to take the prize – she formed a heart sign with her hands and showed it to both sides of the arena.

It was a typically joyous gesture from an athlete who has been celebrated for radiating positivity about everything from her Olympics win, to her life in the US and her position as a Black role model.

Speaking to reporters after the wrestling final, she stood with the American flag draped around her shoulders and said: “It feels amazing. I love representing the US, I freaking love living there. I love it and I’m so happy I get to represent USA. Love it.”

She later told the Associated Press she felt proud of both herself and her opponent, Nigeria’s Blessing Oborududu, knowing that whoever won would make history for being the first Black woman to win the sport’s top prize. ​​

Asked about her achievement after the match, Ms Mensah -Stock said: “Young women are going to see themselves in a number of ways. And they’re going to look up there and go: ‘I can do that. I can see myself,’” The New York Times reported.

She continued: “Look at this natural hair. Come on, man! I made sure I brought my puffballs out so they could know that you can do it, too,” she said, adding that she wanted young women to see that “you can be silly, you can have fun, and you can be strong, you can be tough and you can be a wrestler.”

Her boundless enthusiasm has won her legions of new fans over the Olympics, including plenty of new social media followers.

Many sent messages of admiration and support in response to a celebratory video the champion wrestler posted on Instagram of herself and training partner Maya Nelson dancing. It was captioned: “Me and @mayagnelson Saturday feels are on fleek. How are you feeling?”

@builtbyjessie responded: “Congratulations on winning GOlD!!!! Your interview after the match was awesome. ❤️❤️❤️ the energy is contagious.”

@lockhartceramics also posted in the comments: “Just watched your gold medal match! Congratulations!!! What a flipping boss! You’ve earned it.”