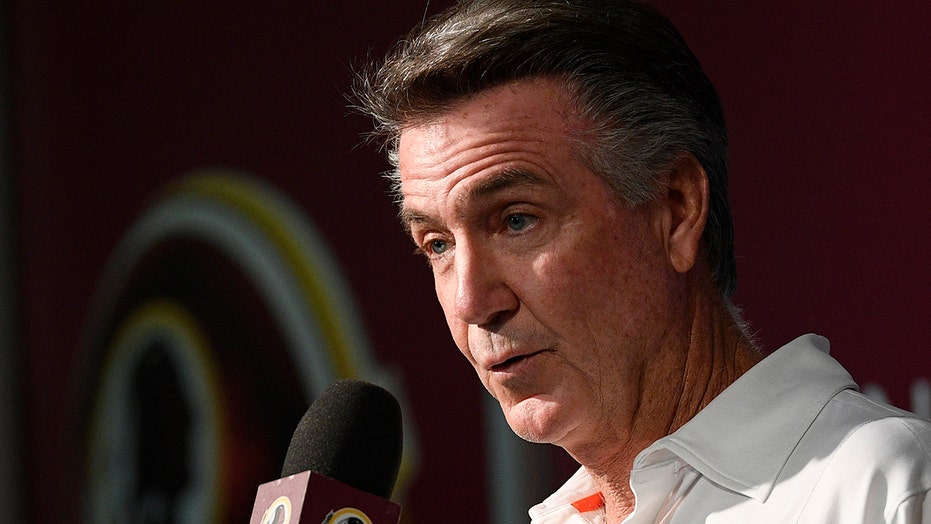 Even as the Washington Redskins were on the road to take on the Miami Dolphins, the team’s front office personnel is still taking a beating over the franchise’s disappointing season.

Prior to the matchup in Miami on Sunday, a “Fire Bruce Allen” banner appeared over Hard Rock Stadium for two hours. The banner was a direct shot at general manager Bruce Allen, who has been in charge of the Redskins for the last 10 years. The team has only made the playoffs twice in that span.

According to The Washington Post, retired banking executive Chuck Coltman paid $1,600 to have the banner fly over the stadium.

“Under Bruce Allen, it’s just been horrible,” Coltman, a longtime Redskins supporter, told The Washington Post. “It seems to me it’s a total lack of understanding of how to manage something. You can’t allow internal competition and internal politics to interfere with the objective. … That’s what Bruce Allen has done historically, and he’s going to keep doing it unless we change it.”

Expressing his frustrations with the club, Coltman said he understands if team owner Daniel Snyder wants to keep Allen around to try and get a stadium deal but he needs to realize that the fan base’s resentment continues to grow with each passing season.

“I want to want to go to every game, but you’ve gotta have a winner every once in a while,” he told the newspaper. “The NFL needs a good team in Washington. If Dan Snyder is a good businessman, he needs to realize he’s losing his customer base. He’s not going to sell the team. If he wants to keep Allen for the stadium deal, fine, but darn it, keep him out of the politics of the football team. Let’s get a pro.”

The Redskins defeated the Dolphins, 17-16. The Redskins got two touchdown passes from Case Keenum but the defense nearly blew it at the end. Ryan Fitzpatrick led Miami down the field to put the game within a point after he found Devante Parker in the end zone.

Miami elected to go for two points instead of trying the game with a field goal. However, a short pass to Kenyan Drake was dropped and Washington picked up the win.