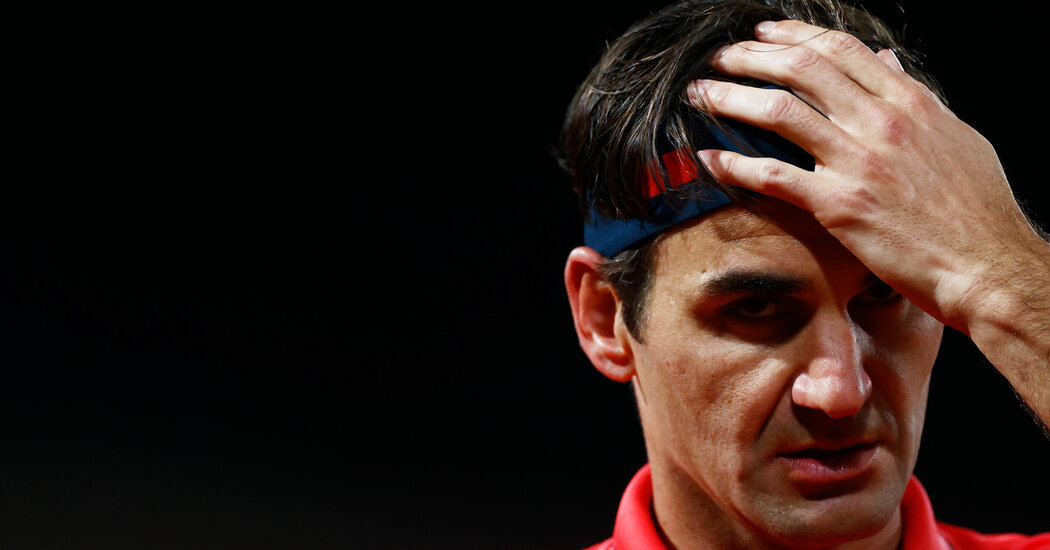 “It was definitely unique in many ways, and I’m happy I found a way, also especially emotionally,” the 39-year-old Federer said. “How do you handle losing that second set? How do you handle to keep pushing yourself on and trying to feed off the energy of the team and all the people watching on TV?”

“I was in many ways also playing for them,” Federer said of the viewers.

Federer first played the French Open in 1999 as a teenager on a sunlit afternoon, losing to Patrick Rafter. Twenty-two years later, he had the dubious honor of playing in his first French Open night session. The sessions, new this year and created in part to increase television revenue, are being held without paying spectators because of pandemic curfew restrictions in Paris.

Serena Williams, Novak Djokovic, Rafael Nadal and now Federer have all played and won under the lights, but Federer came closest to big trouble, needing 3 hours 35 minutes to prevail.

Next up: a daunting fourth-round match on Monday with Matteo Berrettini of Italy, but only if Federer decides to play. This is only his third tournament in 16 months after two knee surgeries, and he said he would make a final decision on whether to remain in the French Open only after seeing how his body reacted to Saturday night’s grueling match. Wimbledon, which begins June 28, remains his main priority.

“I don’t know if I’m going to play,” he said of the Berrettini match. “I will discuss with the team, and I go from there.”

It was not a great escape against Koepfer — Federer faced no match points and was not pushed to a fifth set — but it was certainly an escape.

Koepfer, an unseeded German who did not begin playing tennis seriously until age 16, often extended the rallies by playing from well behind the baseline in the heavy, late-evening conditions. He was repeatedly rewarded with mis-hits and miscues by Federer. The Swiss star finished with 63 unforced errors to 51 winners.

“I guess business needs to keep moving,” Federer said of the new time slot. “But one thing’s for sure: Days and nights on clay make a huge difference. You cannot compare the two, whereas on hardcourt, you feel it’s quite similar.”

Federer was down a break of serve in the third set before recovering. In the fourth set, Koepfer lost his serve at 1-1 with a backhand error. After the chair umpire had descended from his chair to confirm the ball mark, Koepfer crossed to the other side of the net and, after looking back over his shoulder to make sure the chair umpire was not watching, leaned forward and spit angrily on the ball mark and wiped it with his foot.

Other officials were watching, however, and Koepfer was given a point penalty for unsportsmanlike conduct. Though he started the next game at a 15-0 disadvantage, he still managed to break Federer back as the Swiss player missed a series of forehands. Koepfer shouted triumphantly, and Federer shouted in frustration toward his box, both men’s voices reverberating through the stadium.

Only journalists, officials, tournament staff members and the players’ teams were in attendance.

“Thanks for not falling asleep, everybody,” Federer said with a wave to the few, the very few, in the stands.