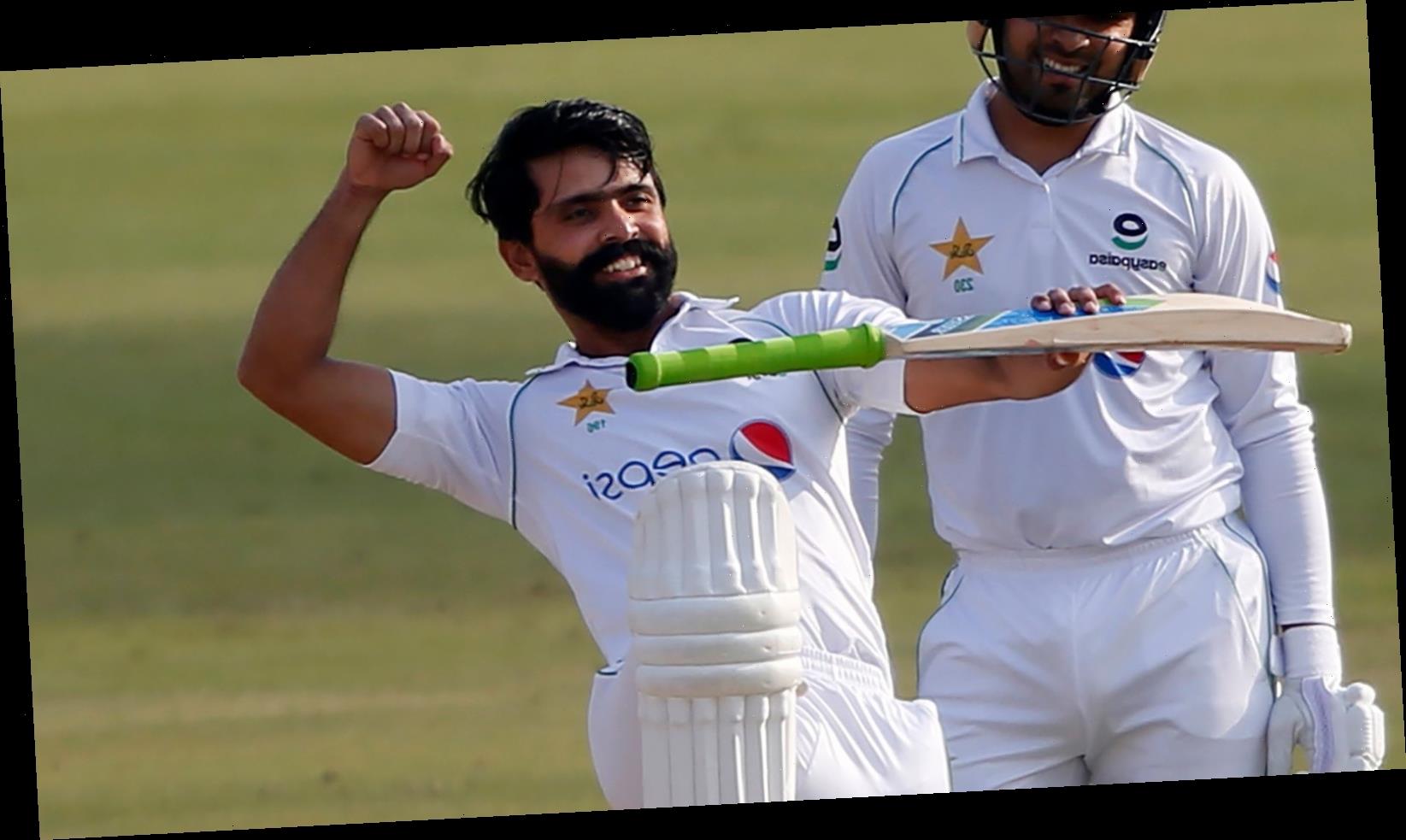 Fawad Alam scored a brilliant century to put Pakistan on top after the second day of the first Test against South Africa in Karachi.

The hosts started the day in a precarious position on 33-4, but Alam (109) batted until the final session to give them an 88-run lead at the close.

Azhar Ali (51) and Faheem Ashraf (64) also made half-centuries to take the advantage away from South Africa, who made 220 in their first innings.

Alam, 35, is playing in only his eighth Test match after returning to the side last summer against England following an 11-year absence.

He could have gone early in the day as he was dropped at slip by Dean Elgar when he was on 35.

That proved a costly miss as he put on 94 for the fifth wicket with Ali from 228 balls as they ground down the South Africa attack.

Fawad Alam reaches his century with a SIX! 💯

A brilliant innings that has helped Pakistan into the lead. #PAKvSA 🇵🇰 🇿🇦

The partnership was eventually broken when Ali was caught behind trying to cut off Keshav Maharaj (2-71).

Mohammad Rizwan (33) shared another important stand with Alam – 55 runs from 113 balls – before Lungi Ngidi (2-55) had him caught at slip in the last over before tea.

Alam got more support from Ashraf – who was dropped on 19 by Quinton de Kock – and brought up his century in style with a six off Maharaj.

Alam was eventually dismissed soon after the partnership with Ashraf passed 100 as he was caught off the bowling of Ngidi.

Watch day three of the first Test between Pakistan and South Africa from 4.55am on Wednesday on Sky Sports Cricket.