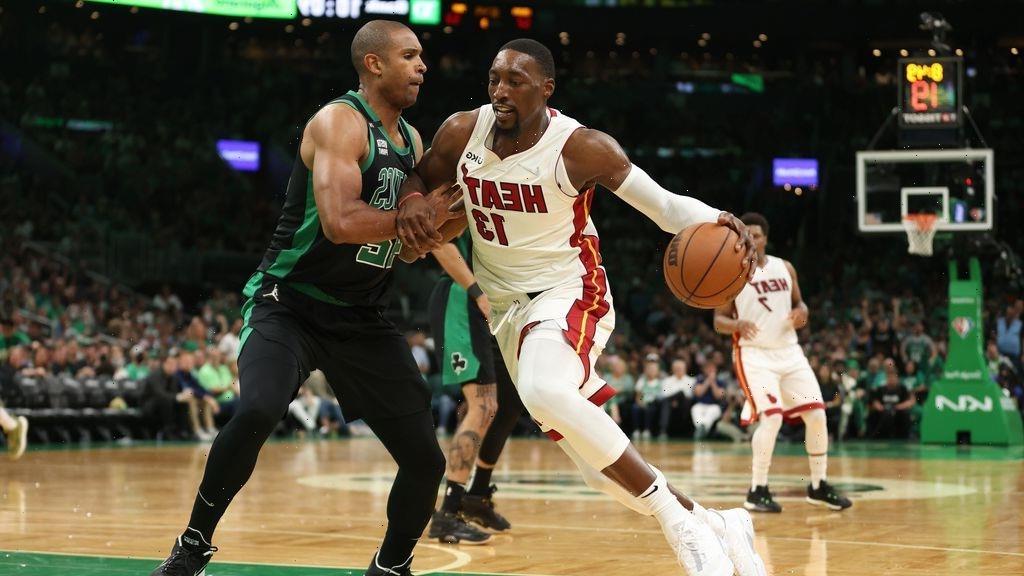 ESPN’s fantasy basketball and basketball betting tips cheat sheet is your pregame destination for basketball betting predictions and our best intel and data to help you make smart fantasy and wagering decisions. NBA game odds for October 21 are provided by Caesars Sportsbook, and fantasy advice is based on ESPN 10-team leagues.

What you need to know for Friday’s games

Stephen Curry and Nikola Jokic have both been back-to-back MVP’s and they meet tonight in San Francisco in a “move your evening plans to Saturday” type of matchup. The Warriors ranked 14th in pace last season, but in their win over the Lakers led the league in possessions per minute. That’s gold for fantasy managers and over bettors alike. Denver was rusty in an opening loss to Utah, but as much was to be expected with a pair of stars working back into the mix. What was interesting from that box score was Michael Porter Jr. and Jamal Murray combining for two assists in 61 minutes. If pace is up for the best passing big of all-time, Jokic’s assist prop (7.5) certainly flags. The Nuggets struggled defensively, so it’s also a green light special situation for Golden State’s perimeter options, especially as Klay Thompson and Jordan Poole were not shy to shoot in the opener. This is a condensed Warriors offense that you can pounce on in spots like this.

Derrick White was a nice pickup last season by the Celtics and he will undoubtedly have a strong impact on this team winning games, just be careful in assuming that translates to the box score. White took just three shots in 24 minutes in the opener (Malcolm Brogdon got up 11 shots in 24 minutes) and you know what? It worked. The Celtics were +9 in White’s minutes, finding value in his 4-to-1 assist-to-turnover rate. There will be nights where he is counted on to put the ball in the bucket, but this doesn’t seem like one of those spots: remove Game 6 of the Miami/Boston playoff series last season and you’ll notice that White averaged under 7 points per 24 minute. That was without Brogdon on this roster. Sportsbooks have White projected for 8.5-9 points tonight, a number that feels low, but may actually be high.

The Pacers won’t have defensive force Myles Turner in the lineup against the visiting Spurs tonight. Turner injured his ankle landing on a ball boy’s foot ahead of the team’s loss a few nights ago to the Wizards. Turner’s absence, combined with fellow Daniel Theis ruled out, spells more touches, shots, and rim protection opportunities for Jalen Smith (48% available in ESPN leagues), making him a solid addition in redraft formats. DFS value is a bit trickier since Smith is working through a knee ailment, thus his ceiling might be capped by playing time. For those really chasing upside, rookie wing Bennedict Mathurin (79%) is positioned to thrive against a Spurs team that just allowed a depleted Hornets roster post an elite offensive rating of 121.

Now is the time to speculate on players the market has given up on. Jalen Suggs (31% available) was a celebrated top-five pick a year ago, but abysmal shooting rates – just 21.4% from 3-point range as a rookie – saw him regularly last into the final rounds of drafts this fall. In Orlando’s loss to Detroit on Wednesday, Suggs sank four of his six 3-pointers, several of which were challenging pull-up attempts, signaling a potential shift in his shot. The sample of Suggs looking competent from deep is absurdly small, yet it’s our task as fantasy managers to act on such moments. On Friday evening, Suggs meets with an Atlanta team that surrendered nearly 62 DraftKings points to Houston’s point guards a few days ago..

The 30th pick in the 2021 NBA Draft is coming on strong. Grizzlies power forward Santi Aldama (91% available) posted a career-high 11 boards to go with an efficient 18 points in an overtime win over the Knicks in the team’s opener. The Grizzlies’ frontcourt depth took a real hit in the offseason with the departure of Kyle Anderson and with Jaren Jackson Jr. on the mend from a significant foot injury, setting up Aldama as the starting four for a team that was top five in both pace and offensive rating last season. Tonight, Aldama faces a young Houston roster that lacks rim protection and ranked 28th in rebounding percentage last season.

The Knicks enter tonight as a big home favorites against the Pistons, and yes, that’s just as scary to type as it is to read. But should it be? New York was a modest 7-8 ATS when favored by at least six points last season, and in those seven covers held their opponent to under 93 points per game and in six of them, they covered the number by more than six points. The opening total had Detroit with an implied total of 105.5 points, so if you’re in on the Knicks (nearly beat Memphis in the opener despite a 3-for-18 night from RJ Barrett), building a defensive-minded SGP along with the newly acquired Jalen Brunson (led the team in shots and assists in his debut) driving the offense against a young defense we expect to have peaks and valleys makes plenty of sense.

Sticking with the Knicks, try to find room for Isaiah Hartenstein (91%) in deeper leagues. Resident rim protector Mitchell Robinson played just 13 minutes against the Grizzlies due to foul trouble, while Hartenstein logged 40 minutes and produced 16 points and 12 combined rebounds and dimes. Robinson will certainly play more when he’s not racking up personal fouls, but he also averaged just shy of 26 MPG last year, suggesting there’s room for Hartenstein to establish a real role in this rotation. The point might just be that if Tom Thibodeau trusts Hartenstein, maybe we should too.

Game of the night

Fantasy Streamer: Max Strus (available in 94.8% of leagues) came off the bench in the opener to drop 22 points on 7-for-9 shooting from the field, with 7 rebounds, five 3-pointers and an assist in 31 minutes of action. Strus was a regular starter last season, and his role is to stretch the floor so the rest of the team can operate. He’s streaky, so be aware of the risk, but if he’s still playing starter minutes he can contribute to fantasy squads, especially those in category leagues that need help from downtown. — Snellings

Best bet: Celtics -2.5. The Celtics and Heat have moved in opposite directions since their Eastern Conference Finals series in May. The Celtics, built around a core of young 20-somethings, improved both through much needed additions like Malcolm Brogdon. The Heat, built around a core of 30-somethings, tend to focus more on the postseason and might not always operate at max capacity during the regular season. The Celtics currently project as the best team in the league according to BPI, while the Heat rank 16th. I’ll give the points to take the Celtics. — Snellings

Best bet: Bam Adebayo over 15.5 points. Adebayo’s first game was a bit of an offensive struggle as he missed 10 of 15 shots from the field, and while the Celtics remain a strong defensive team, the absence of Robert Williams II remains a problem against opposing bigs. Adebayo averaged 19.1 PPG last season and he gets to the line more than he did in the opener. Look for him to approach or surpass 20 points in this one. — Karabell

Fantasy Streamer: Ayo Dosunmu (available in 71.1% of leagues) is starting at the point guard spot with Lonzo Ball out, and the sophomore looks ready to have a big year. In the opener against the Heat, with Zach LaVine sidelined as well, he dropped 17 points (7-for-14 FG), six rebounds, four assists, three 3-pointers, two steals and a block in 36 minutes of action. With LaVine out again on Friday, it could be worth your while to see if he’s capable of an encore. — Snellings

Best bet: Bulls +2. It seems to have slipped under the radar that the Bulls were the best team in the East for the first 50 or so games last season. Even as they manage Zach LaVine’s minutes in his return from knee surgery, the Bulls still looked strong in the opener against the Heat. The Wizards won their opener against the Pacers, but don’t seem ready to compete at the level the Bulls can operate. — Snellings

Fantasy Streamer: Benedict Mathurin (available in 78.8% of leagues) was the sixth pick in this draft, demonstrated explosive scoring ability during the Las Vegas Summer League, and had a strong preseason as well. It wasn’t a surprise to me that he dropped 19 points, seven rebounds, three 3-pointers and two steals in the season opener. For a young, rebuilding Pacers team, these types of performances could become the norm. Especially if they ever actually trade Buddy Hield, but that’s a conversation for another day. –Snellings

Best bet: Paolo Banchero over 16.5 points. Banchero was absurdly underrated in the opener and in my season projections, I projected him to lead all rookies with an average of 19.5 PPG. After he dropped 27 Wednesday night, it’s possible I was too conservative. Either way, there’s still value there at 16.5 points, as Banchero is already the number one option on the Magic and should get plenty of looks moving forward. — Snellings

Best bet: Ben Simmons under 9.5 points. Simmons attempted only three shots from the field in his first game with the Nets, and he missed both of his free throws. Pretty uninspiring performance, but is it just a quiet, shy game or part of a bigger issue? Regardless of what franchise he plays for, Simmons is not a shooter. He doesn’t want to shoot. The Nets have fellows to shoot, and Kevin Durant and Kyrie Irving are not shy. They also have 3-point shooters. It’s going to take time for the controversial Simmons to find his way. — Eric Karabell

Fantasy Streamer: Jalen Duren (available in 90.2% of leagues) is another lottery-drafted rookie that looked good in Las Vegas and showed he has a role for a rebuilding team. Duren is one of the youngest players in the NBA, and on opening night he became the youngest Piston ever to record a double-double with 14 points, 10 rebounds and three blocks in 22 minutes. Duren’s game is limited, but powerful, as he’s a voracious finisher around the rim, big body rebounder and rim protector. He won’t have a double-double every night, but he has that potential, which is of value as a streamer. — Snellings

Fantasy Streamer: Bojan Bogdanovic led the way with 24 points in the opener, draining six 3-pointers, and while it’s asking much for him to duplicate that effort against the Knicks, well, it’s the Knicks. Bogdanovic will get as many chances to shoot as he wants. He’s not a great all-around fantasy option, of course, but he should hit enough 3-pointers and score enough points to warrant being rostered in more than 75% of leagues. He’s certainly not there yet.

Fantasy Streamer: Walker Kessler (available in 92.7% of leagues) was traded to the Jazz as part of the Rudy Gobert trade, and many think he will develop into their next great shot blocker. The rookie blocked shots at a historic pace in college, and even though he didn’t block any shots in his NBA debut, he still had a strong game with 12 points, 10 rebounds, 1 assist and 1 steal in 24 minutes. — Snellings

Best bet: Karl-Anthony Towns under 23.5 points (-123) and/or under 9.5 rebounds (-142). Towns and Gobert have to learn how best to play together, and the Timberwolves also now feature scoring threats at all five positions. Towns won’t always have games as bad as his 12 points (2-of-10 FG) and six rebounds in the opener, but both his scoring and boards seem likely to be capped by his team. The 23.5 and 9.5 lines seem more applicable to last season, than to what could become his new normal this season. — Snellings