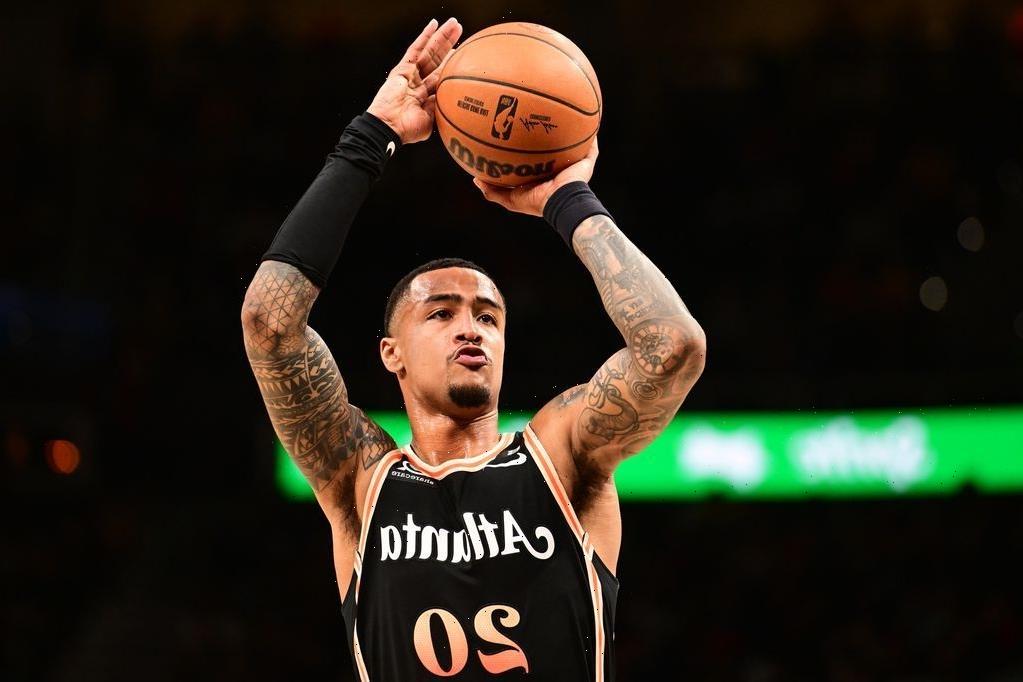 Back The ‘Dog: The Raptors and Bulls have had their struggles this season and both have been brutal when we expect them to succeed. Toronto has failed to cover five straight when favored (they face a Phoenix team that is 6-3 ATS as an underdog this season) while Chicago is 1-7 ATS in their past eight when labeled the better team (they face a Detroit team that is 12-6-3 ATS this season when getting at least seven points).

SGP in Toronto: If you’re really out on the Raptors on the backend of a back-to-back, then you’re not only backing the Suns, you’re betting the over. This season, eight of nine games in which Phoenix was a ‘dog have gone over the total and overs are 11-7-1 when the Raptors are favored (overs have hit in the past three instances).

High Point Totals: Those high point total projections can be intoxicating. They are fun to watch and project favorably for just about every fantasy piece involved, but be careful in betting overs in these games (tonight: Jazz/Kings). This season, unders have cashed 58.7% of the time when the total is north of 235 points, a steep incline from the 46.3% rate in such games a season ago and from 42.4% in 2021.

Finding Fultz: The Magic won’t have Cole Anthony, Mo Bamba, Wendell Carter Jr., R.J. Hampton, Gary Harris, or Moritz Wagner in the rotation tonight against the Wizards due to the fallout from suspensions from a confrontation with the Pistons earlier this week. This leads to major value for Markelle Fultz (73% available in ESPN leagues) in a spot against an undersized Washington backcourt while likely to cruise past 30 minutes of run as Orlando’s top creator from the backcourt. Building around Paolo Banchero at $7,800 and Bol Bol ($4,800) on DraftKings is also appetizing given the potential for major minutes.

​​​Detroit Depth: The Pistons, like the Magic, also face suspension issues, including several games without improved point guard Killian Hayes. Cory Joseph (99% available) looks poised to play plenty of minutes as the rare available guard for Detroit, while Alec Burks just scored 32 points as the Pistons’ top scoring threat in an incredibly efficient showing against Orlando. It’s time to consider Joseph’s rookie teammate Jalen Duren as more than a mere streaming option. Since he became a starter for Detroit back on December 9th, Duren is second only to Domantas Sabonis in total rebounds,

​​​O2 Again: This isn’t the first time we’ve endorsed Onyeka Okongwu as a value during a busy slate. After all, Atlanta’s young center is due to start again for the Hawks with Clint Capela still dealing with a calf injury. Okongwu (86% available) has averaged 12.4 points, 9.6 rebounds, and two blocks over his last seven games and tonight faces a Lakers team that proves quite thin in the frontcourt in the wake of the injury to Anthony Davis.

Fantasy streamer: Thomas Bryant (rostered in 17.2% of ESPN leagues) Bryant is someone that will continue to be mentioned until his roster percentage is higher. He continues to fill in for Anthony Davis and is a great streamer for a Lakers team in desperate need of an offensive spark. He has scored 20 or more fantasy points in six of his past eight games. — Eric Moody

Fantasy streamer: Onyeka Okongwu (rostered in 14.1% of ESPN leagues) Okongwu is once again on the streaming radar with Clint Capela out. Okongwu started against the Nets on Wednesday night and scored 42 fantasy points. The Lakers rank 24th in points allowed per 100 possessions. — Moody

Best bet: John Collins over 23.5 points + rebounds. Clint Capela’s absence also bodes well for Collins. The Lakers have been one of the most favorable matchups for power forwards this season and Collins has averaged 15.7 points and 8.5 rebounds in six games without Capela. — Moody

Best bet: Markelle Fultz over 28.5 points + assists + rebounds. Fultz is well-positioned to get a lot of playing time against the Wizards on Friday. The Magic are dealing with a few injuries and have suspended players after Wednesday night’s fight against the Pistons. The Wizards rank 20th in points allowed per 100 possessions. Fultz averages 16.7 points, 7.8 assists and 5.8 assists per 40 minutes. — Moody

Fantasy streamer: Damion Lee (rostered in 1.5% of ESPN leagues) Lee continues to be a solid streamer in deeper formats with Landry Shamet missing his third consecutive game. He has scored at least 19 fantasy points in two of his last three games and played 25 or more minutes in three straight games. — Moody

Best Bet: Deandre Ayton over 21.5 points. Ayton has picked up his scoring rate with Devin Booker out, and the main question lately has been if he’ll get enough minutes to produce. Ayton has averaged 21.7 PPG during his last nine outings, but he scored at least 22 points in all five games in that stretch when he played at least 30 minutes. The Raptors are also undersized in the middle, and Ayton should be able to have his way when he gets the ball in the paint. — Andre Snellings

Fantasy streamer: Jalen Duren (rostered in 18.9% of ESPN leagues) is in the midst of an excellent rookie season for a suboptimal Pistons team. He scored 30 or more fantasy points in six of his past eight games and is a solid streaming at center against the Bulls on Friday night. — Moody

Fantasy Streamer: Cory Joseph (available in % of leagues) and Alec Burks (available in % of leagues) Joseph and Burks are both in line for more run with both Killian Hayes and Hamidou Diallo suspended. Joseph hasn’t produced much of late, but if he starts on Friday, he’ll be running the show against a beatable Bulls defense. Burks is an explosive scorer, coming off a 32-point effort on Wednesday, and he’s scored double figures six of the last nine games with at least one 3-pointer in eight of those outings. — Snellings

Best bet: DeMar DeRozan over 27.5 points. DeRozan is on set-it-and-forget-it mode in overs right night. He’s averaged 28.7 PPG in his last 10 outings, going over 27.5 in seven of those games. He’s gone over 27.5 points in five straight home games. — Snellings

Fantasy streamer: Austin Rivers (rostered in 0.8% of ESPN leagues) Rivers has played well very with Kyle Anderson out. He has scored 34 or more fantasy points in three of his past four games. — Moody

Fantasy streamer: Jevon Carter (rostered in 3.0% of ESPN leagues) Carter is on the streaming radar with Jrue Holiday doubtful to play tonight. This season, the Timberwolves have allowed the fourth most points and second most rebounds per game to point guards. This season, Carter has averaged 14.0 points, 5.4 assists and 3.1 rebounds in the eight games Holiday has missed. — Moody

Best bet: Anthony Edwards over 24.5 points. Edwards is in a scoring zone right now, with six straight games of at least 23 points, averaging 28.8 PPG during that span. He’s scored 27 or more in five of those six games and is facing a Bucks defense that just gave up 66 combined points to the two starting swingmen on the Bulls on Wednesday night. — Snellings

Best bet: Zion Williamson over 26.5 total points. Williamson has become ultra-consistent as a scorer, averaging 30.5 PPG in his last 11 outings, with more than 26 points in 8 of those 11 games. The 76ers rank 20th in the NBA in points allowed to opposing power forwards, and Williamson should be able to out-physical Tobias Harris to get his looks on Friday. — Snellings

Fantasy streamer: Malik Monk (rostered in 13.3% of ESPN leagues). Monk is thriving as the Kings’ sixth man, but his statistical performances can be up and down. This season, he’s averaged 24.5 fantasy points per game, but he scored 47 points against the Nuggets on Wednesday. Monk is a solid streamer against a Jazz team that ranks 27th in points allowed per 100 possessions. — Moody