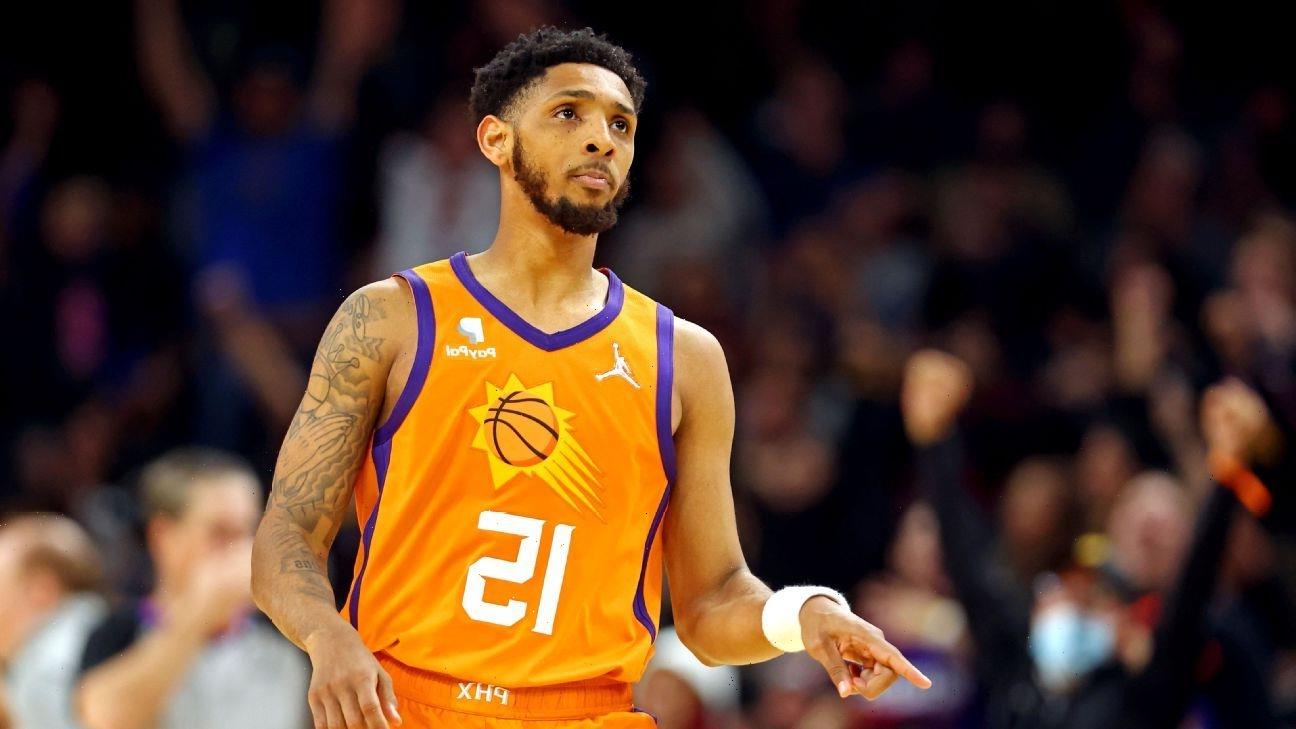 The ESPN fantasy and betting cheat sheet is your pregame destination for our best intel and data to help you make smart fantasy and wagering decisions. NBA game odds are provided by Caesars Sportsbook, and fantasy advice is based on ESPN 10-team leagues.

Jump ahead:
https://www.espn.com/fantasy/basketball/story/_/id/33454769/fantasy-basketball-streamers-nba-betting-cheat-sheet-wednesday”>Game of the night | Picks and props | Analytics edge

What you need to know for Wednesday night’s NBA slate

By Jim McCormick and Kyle Soppe

Valuing Vassell: All signs point to Devin Vassell (86% available) returning from a one game absence (groin) and he’s been more productive than most seem willing to admit. He has scored at least 10 points in six straight and has either a block or steal all 13 games he’s appeared in since February 1. He’s shooting 37.5% at home this season and with the Spurs ranking top 5 in pace of play, there’s streaming intrigue here given that San Antonio plays three home games in the next four days.

Save on Smart: Jayson Tatum deservedly gets the headlines in Boston, but don’t lose track of Marcus Smart ($6,500 on DraftKings) if you’re trying for a unique build tonight. He’s averaged 13.8 points, 2.5 made 3’s and 7.7 assists following the All Star Break and he finds himself in a pace up spot against a Hornets team on the second night of a back-to-back.

Star Stash: It’s time to roster Michael Porter Jr., as the gifted forward could return to action in the next few weeks. Rostered in just 55% of leagues, even a slow reintegration to the Nuggets’ lineup could result in some big scoring outings by the end of the month.

Campaigning: The Suns pulled off a close road win in Orlando last night thanks to some deft playmaking from Cameron Payne (available in 78% of leagues). With Chris Paul ruled out for tonight’s matchup in Miami, Payne is truly a must-add option in all formats and a strong play for assist props given he’s dished out an absurd 36 dimes the last three games.

Get the Bag: Isaiah Stewart won’t play against the Bulls tonight due to a knee injury. With Stewart leaving the team’s recent win over Atlanta after just 10 minutes of action, Marvin Bagley III (available in 53% of leagues) played 36 minutes and delivered a double-double for the Pistons. Likely to play a large role against a Chicago team that lacks interior defense, Bagley is in a good spot to hit his scoring and rebounding props.

Going Deep: The shorthanded Trail Blazers are heavy underdogs to the Jazz this evening, but there could be some helpful fantasy contributors found deeper on the roster. With Anfernee Simons questionable, we could see guard Brandon Williams (available in 98% of leagues) shine again. Williams erupted for 27 points, 10 combined rebounds and assists, and four steals in the team’s last game. With Portland in need of playmaking, shares of both Williams and Josh Hart could prove rewarding in redraft and DFS competition.

Game of the Night

Notable: The Heat are 5-1-2 ATS in their past 8 games, and seven of their past 10 at home have gone over the total.

Best bet: Bam Adebayo over 32.5 total points + assists + rebounds. The key will be playing time. Adebayo has gone over 32.5 PAR in nine straight games in which he has played at least 32 minutes. He’s been below the mark in four straight games when he’s played under 32 minutes. In their past three games, the Suns have allowed a frontcourt player to score at least 20 points or grab at least 10 rebounds in every contest (including Julius Randle, who was ejected in the third quarter), with those three players averaging 21.3 PPG and 10.7 RPG. — André Snellings

Fantasy streamer: Cameron Payne. The fact that Payne is available in 81.7% of ESPN leagues boggles my mind. He has recorded two double-doubles in his past three games. In addition, Payne has recorded 44 assists in four games since returning from injury. He has had a 26.5% usage rate over that time period. –– Eric Moody

Notable: On the heels of nine straight unders in home games, each of Utah’s past two in front of their home crowd have gone over Vegas’ total.

Notable: The books have been unable to properly adjust to the Jayson Tatum explosion, as seven of Boston’s past eight games have gone over the total.

Best bet: Robert Williams III over 22.5 points + rebounds. the Hornets have been a favorable matchup for centers all season long, which bodes well for Williams. Over the past five games, he has averaged a double-double. The Hornets rank 20th in points allowed per 100 possessions and allow opponents to grab a lot of offensive rebounds.

Notable: The Pistons are 7-0-1 ATS over their past eight games, and their past three games have gone under the total.

Best Bet: Pistons +6 over Bulls. The Pistons are hot not only against the spread but overall. They’ve won six of their past eight outright, including victories over teams contending for the postseason such as the Celtics, Cavaliers, Raptors, Hawks and Hornets. The Bulls, meanwhile, have lost five straight by an average of 9.2 PPG. — Snellings

Fantasy streamer: Marvin Bagley III. With Isaiah Stewart out, Bagley (56% available) is on the streaming radar. He has averaged 18.0 points, 9.0 rebounds, 1.5 assists and 1.5 steals per game in 29 minutes. Bagley’s chemistry with Cade Cunningham should be on full display against the Bulls. — Moody

Best bet: Ayo Dosunmu over 19.5 total points + rebounds + assists Dosunmu should get all the work he can handle since Lonzo Ball and Alex Caruso are still out for the Bulls. He has averaged 13.0 points, 5.0 assists, and 3.0 rebounds over the past four games. The Pistons are 25th in points allowed per 100 possessions and allow opponents to rack up a lot of offensive rebounds.

Notable: Saturday’s exciting win over the Warriors was great, but that is the only game the Lakers have covered in the second half of the season.

Notable: The T-Wolves are working on their second five-game ATS unbeaten streak in the past five weeks.

Notable: The Pelicans have failed to cover in five of their past seven second nights of back-to-backs.

Notable: After Monday night’s comeback in Sacramento, the Knicks have now covered three straight after dropping 10 of their previous 11 ATS. Also of note: seven of the past eight Knick games have gone over the total.

Fantasy streamer: Immanuel Quickley. Quickley has scored 20 or more points four times this season, with three of those performances coming in his past five games. It is my hope that head coach Tom Thibodeau will come to the realization that Quickley (94.5% available) should be the Knicks’ starting point guard instead of Alec Burks.

Notable: The Raptors have failed to cover four straight games and all four of those contests have gone under the total. It hasn’t just the result of a banged up Fred VanVleet: Toronto has failed to cover eight of their past 10.

Notable: Overs have come through in 10 of Sacramento’s past 14 games and the Kings actually have a winning record ATS over that stretch (8-6).

Notable: The Wizards are 4-1-1 ATS over their past six games and over tickets have cashed in five of those contests.