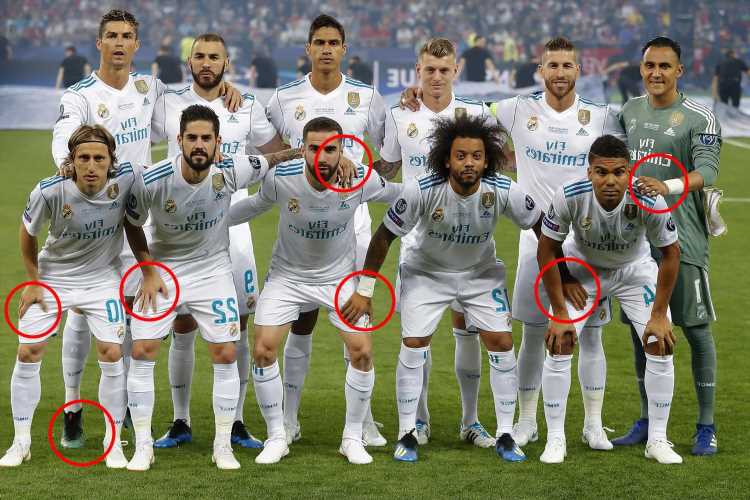 EAGLE-EYED football fans have spotted the identical photos of Real Madrid at the 2017 and 2018 Champions League finals.

The Spanish giants were crowned the European champions for three successive seasons between 2016 and 2018. 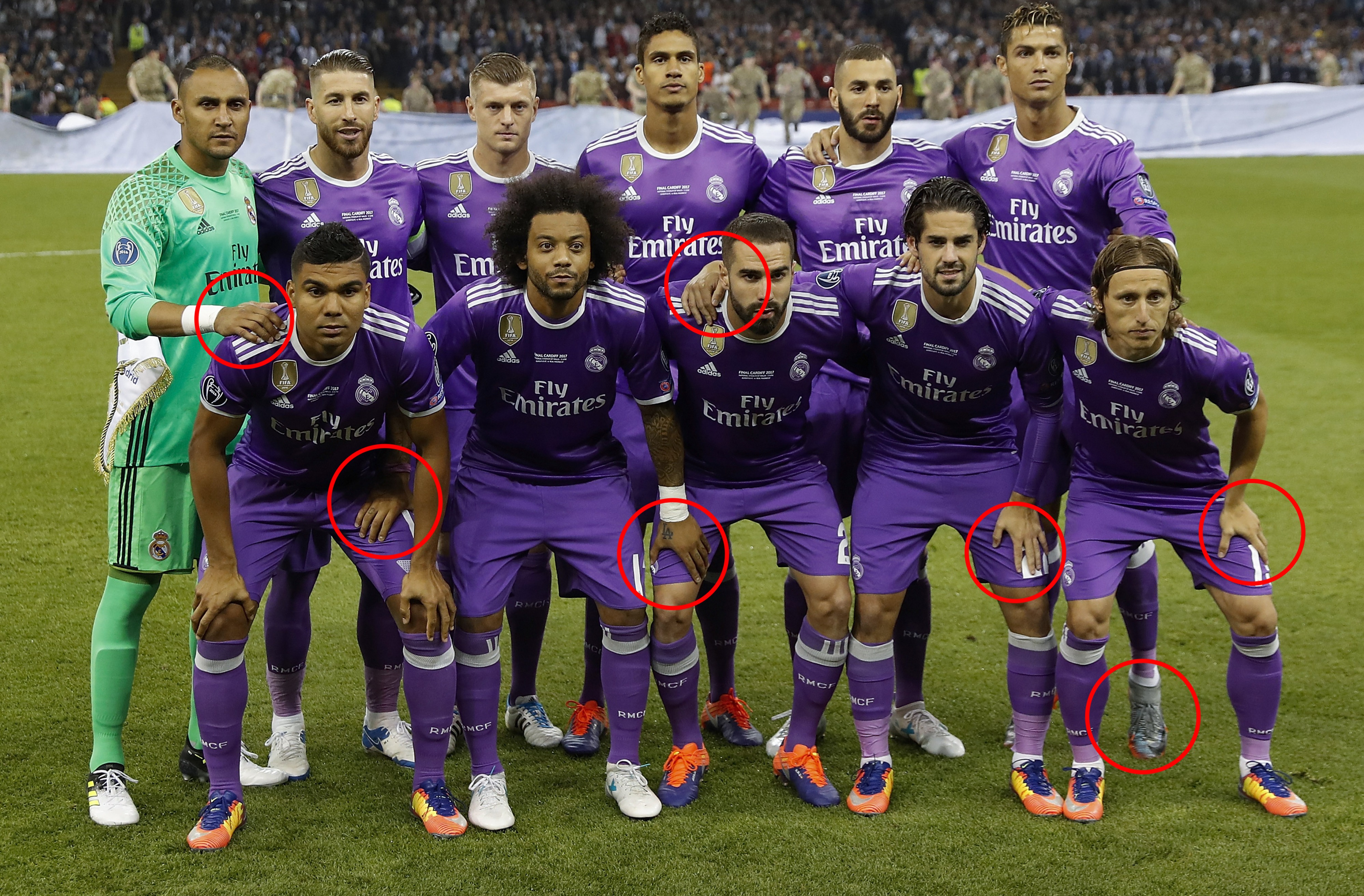 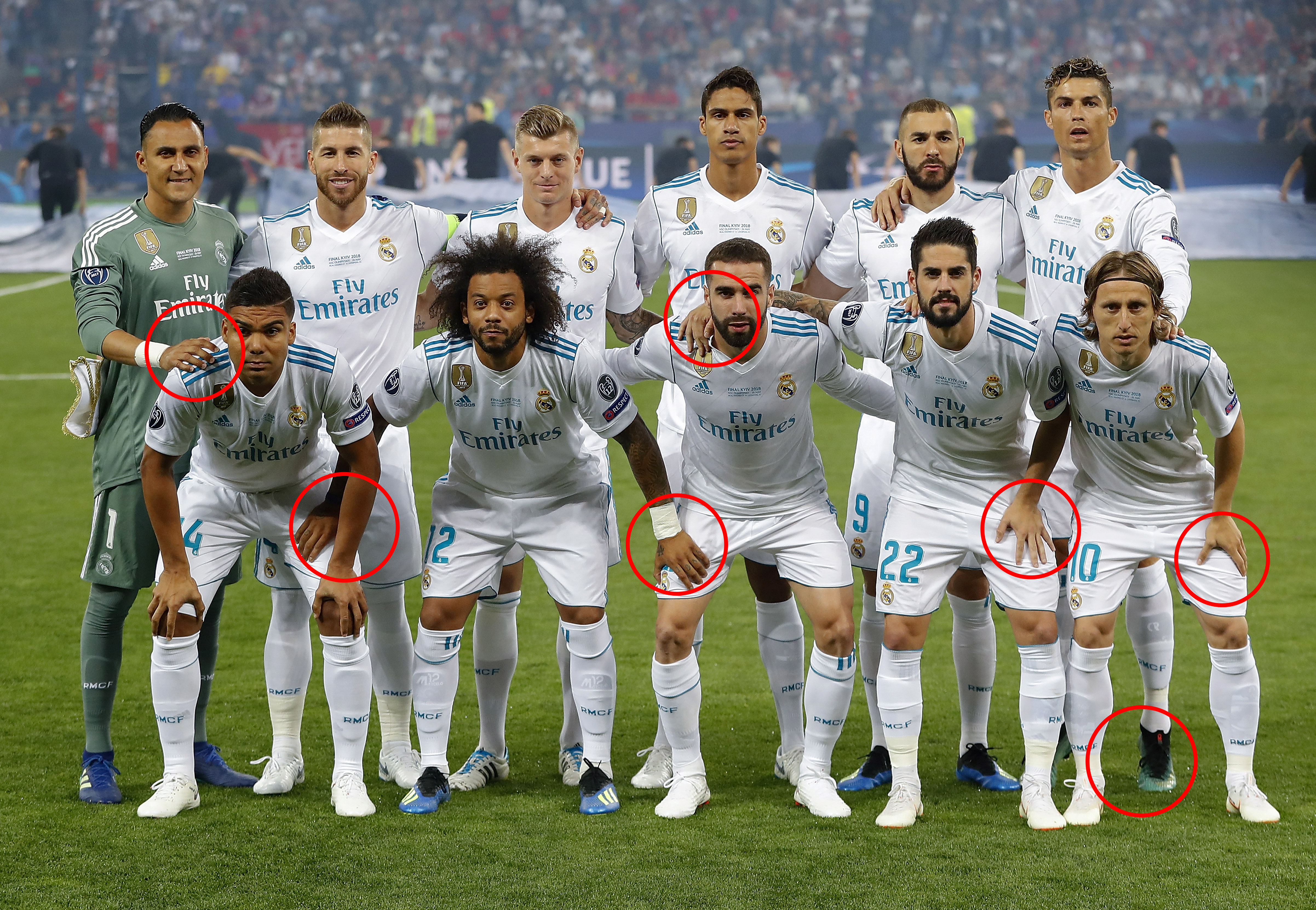 But it is only recently that people have spotted their remarkable similarity between their pre-match line-up photos from the finals against Juventus in Cardiff and against Liverpool in Kyiv.

Zinedine Zidane fielded exactly the same 11 players in both games.

Keylor Navas started in goal, with a back four of Dani Carvajal, Sergio Ramos, Raphael Varane and Marcelo.

The midfield was comprised of Casemiro, Toni Kroos and Luka Modric.

And then upfront was a trio of Isco, Cristiano Ronaldo and Karim Benzema.

But it wasn't just the personnel that appeared the same – even the placement of their hands and feet were identical in both photos despite being 12 months apart.

'MARATHON NOT A SPRINT'

These small things included Marcelo putting his hands on Casemiro and Caravajal's legs, as well as Ronaldo standing on his toes.

Reacting to the hilarious photo similarities, fans poured in with their takes on the images.

One Real Madrid supporter said: "We had consistency for 3 years in posing too!"

Another added: "Damn, they must have practiced for it."

While a third compared the picture consistency with the team's performances, saying: "Two years (3 in total) and NO TEAM figured out a way to stop us.

Real Madrid went on to win the 2017 final 4-1 as they dispatched Juventus thanks to a Ronaldo brace and goals from Casemiro and substitute Marco Asensio.

Then in 2018 they beat Jurgen Klopp's Liverpool 3-1 as Benzema's opener was followed up with two strikes from Gareth Bale – including his incredible overhead kick.