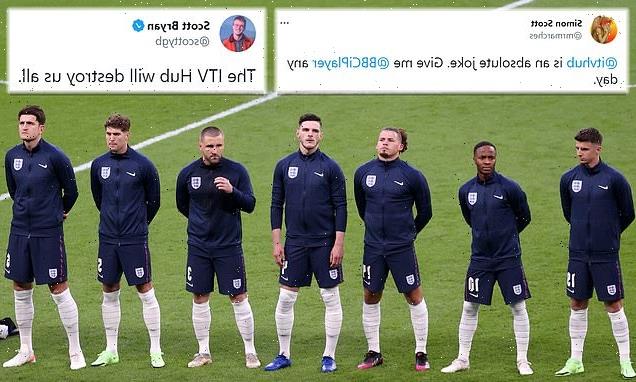 ‘I hope to never watch anything on the ITV Hub ever again in my life’: Fans bemoan ITV’s streaming service for poor quality and constant crashing during England’s Euro 2020 semi-final clash

Fans have been left enraged by the quality of ITV Hub’s coverage of the crucial encounter between England and Denmark.

It’s a major occasion for the British public, with England looking to reach the final of a tournament for the first time since the World Cup in 1966, with 60,000 fans making their presence felt at Wembley Stadium.

The television coverage in the United Kingdom has been primarily split across the BBC and ITV throughout the tournament, with both set to broadcast the final on Sunday, July 11.

Both broadcasters offer free-to-use streaming services, which have generally held up well throughout. 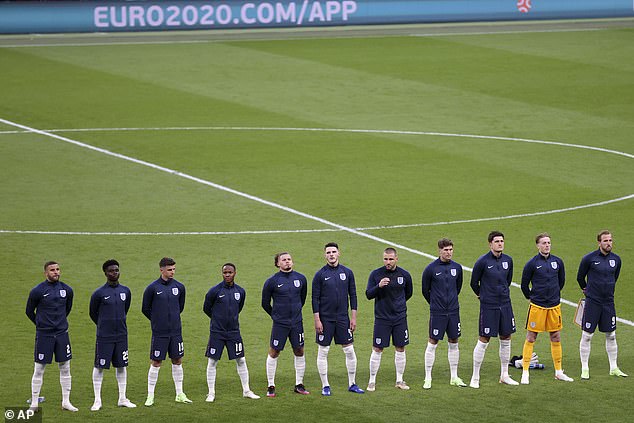 However, there have been a number of notable occasions in which the fans have been left disappointed by the coverage, with Wednesday night no exception.

It’s ITV who are broadcasting the semi-final encounter, but their ‘ITV Hub’ streaming service has left fans in dismay, with many reporting the site to be repeatedly crashing, while others have slammed the quality of the stream.

One furious fan took to Twitter to say: ‘The ITV Hub service is just shameful. 420p at best. You’d need a TV from 1992 to think it had any quality. Shocking, iPlayer pushing out 4k.’

The fans heavily criticised the ITV service, with many slamming the lag and the quality

Another actually missed one of the goals, with the score settled at 1-1 at half-time. They said: ‘Has anyone else’s itv streaming gone down. That’s twice now and once when the goal went in.’

The fury continued right through the half and into half-time, with one fan saying: ‘The ITV Hub app is so far behind, it’s just half time in the England v Ukraine match. Absolute shambles through this whole tournament.’

Another added: ‘Watching the football on ITV Hub is like watching while wearing someone else’s grubby glasses.’