FANS have been left fuming after the BBC's iPlayer crashed during Tottenham's FA Cup clash with Norwich.

The game was being shown on the streaming service due as Man City’s clash at Sheffield Wednesday was on TV. 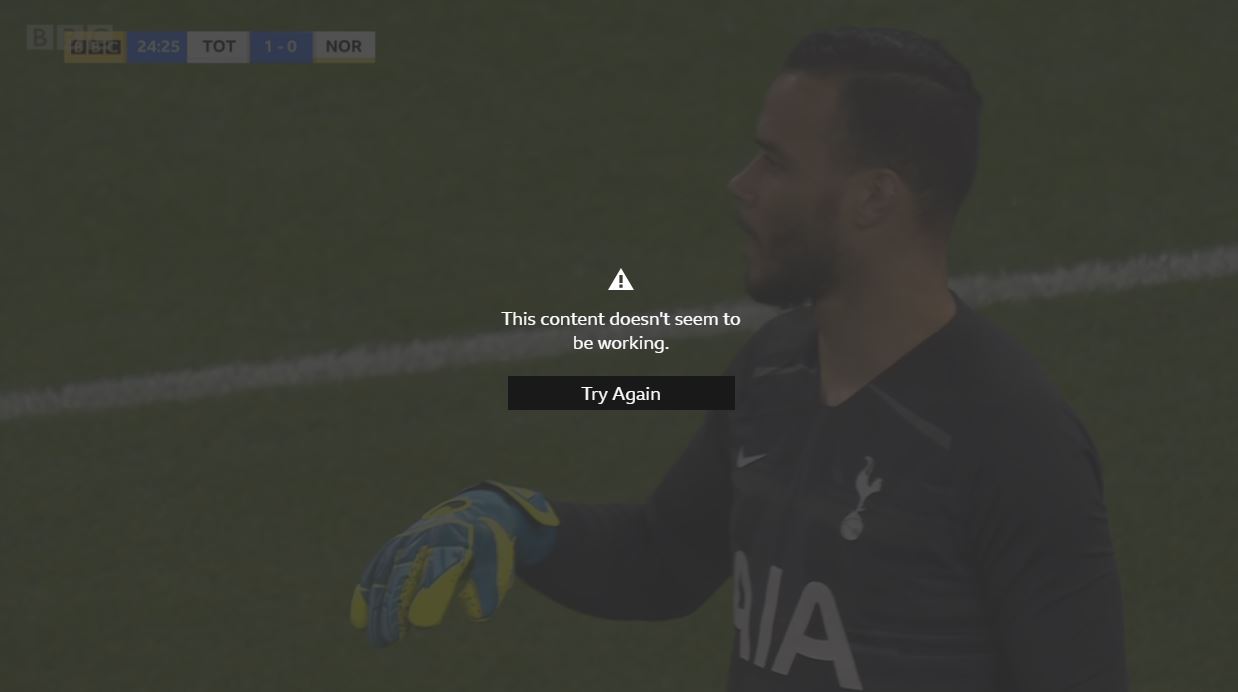 Fans eagerly gathered round to watch Jose Mourinho’s men in action at their sparkling new stadium.

But disaster struck when the iPlayer started buffering unexpectedly.

What was initially thought to be a mere glitch soon morphed into something more horrific as users were left with a faded screen and a message declaring: “This content doesn’t seem to be working.”

The inaccessibility left some Spurs and Norwich supporters livid as they instantly flocked to Twitter to express their anger and dismay.

One exhaled: “Anyone else’s iPlayer playing up?”

Another groaned: “Reckon #bbcfootball need to address the iPlayer app.

Another sighed: “#iPlayer Tottenham v Norwich 24 mins in and now it keeps buffering every few mins.”

One quipped: “iPlayer and red button as bad as our defending, desire to win and activity in the transfer window rolled into one.

“Thank god I’m not forced to pay for the service… oh wait.”