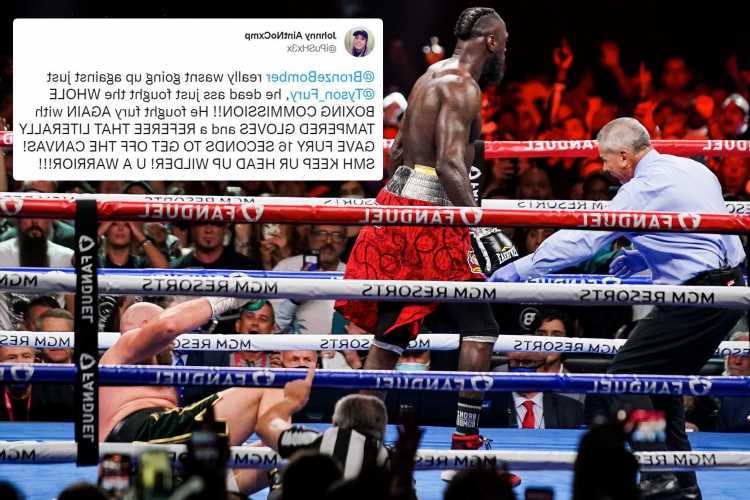 A NUMBER of fans have claimed Tyson Fury’s stunning victory over Deontay Wilder was fixed.

The Gypsy King defeated the Bronze Bomber in the 11th round in the most exciting heavyweight battle for years. 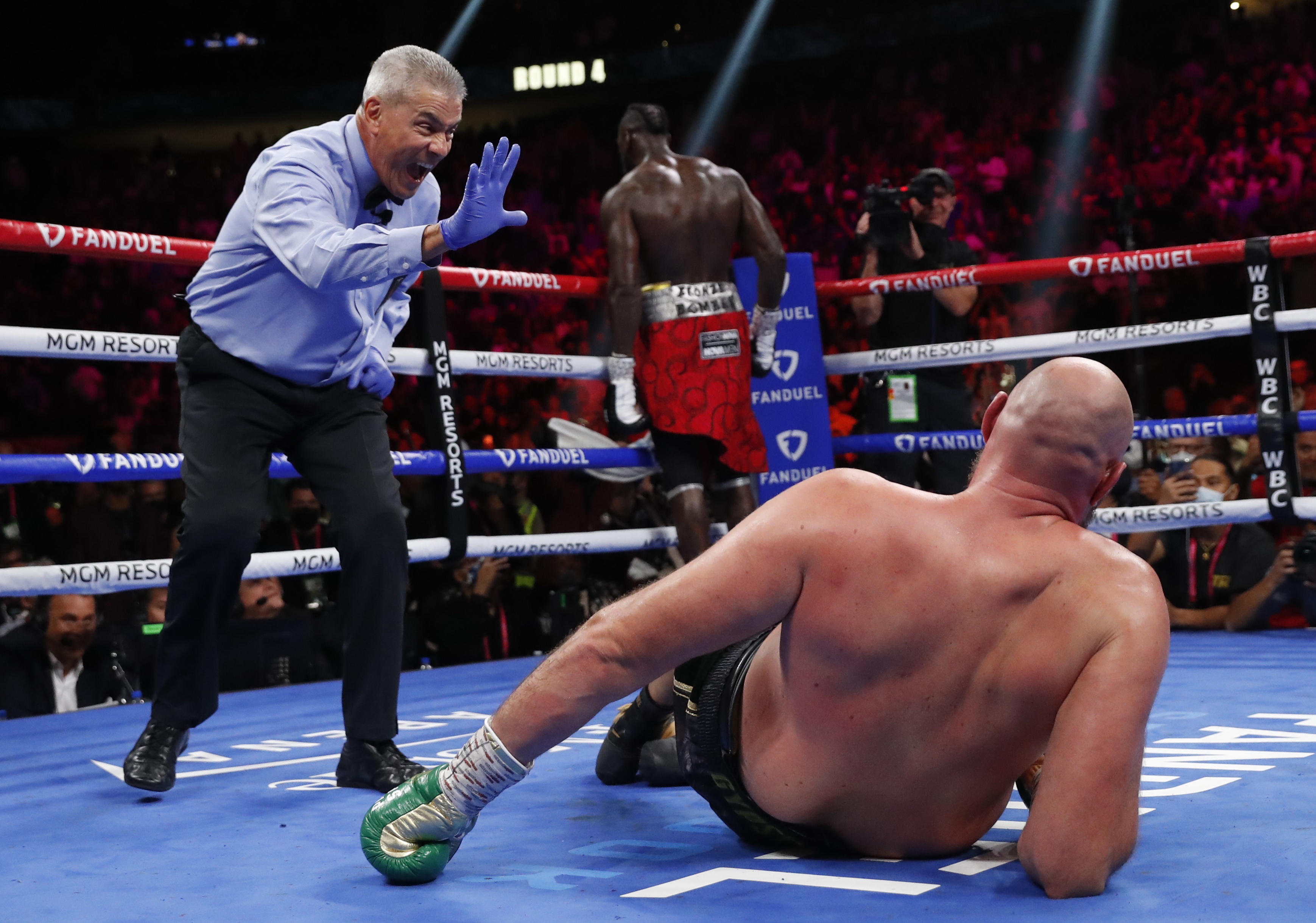 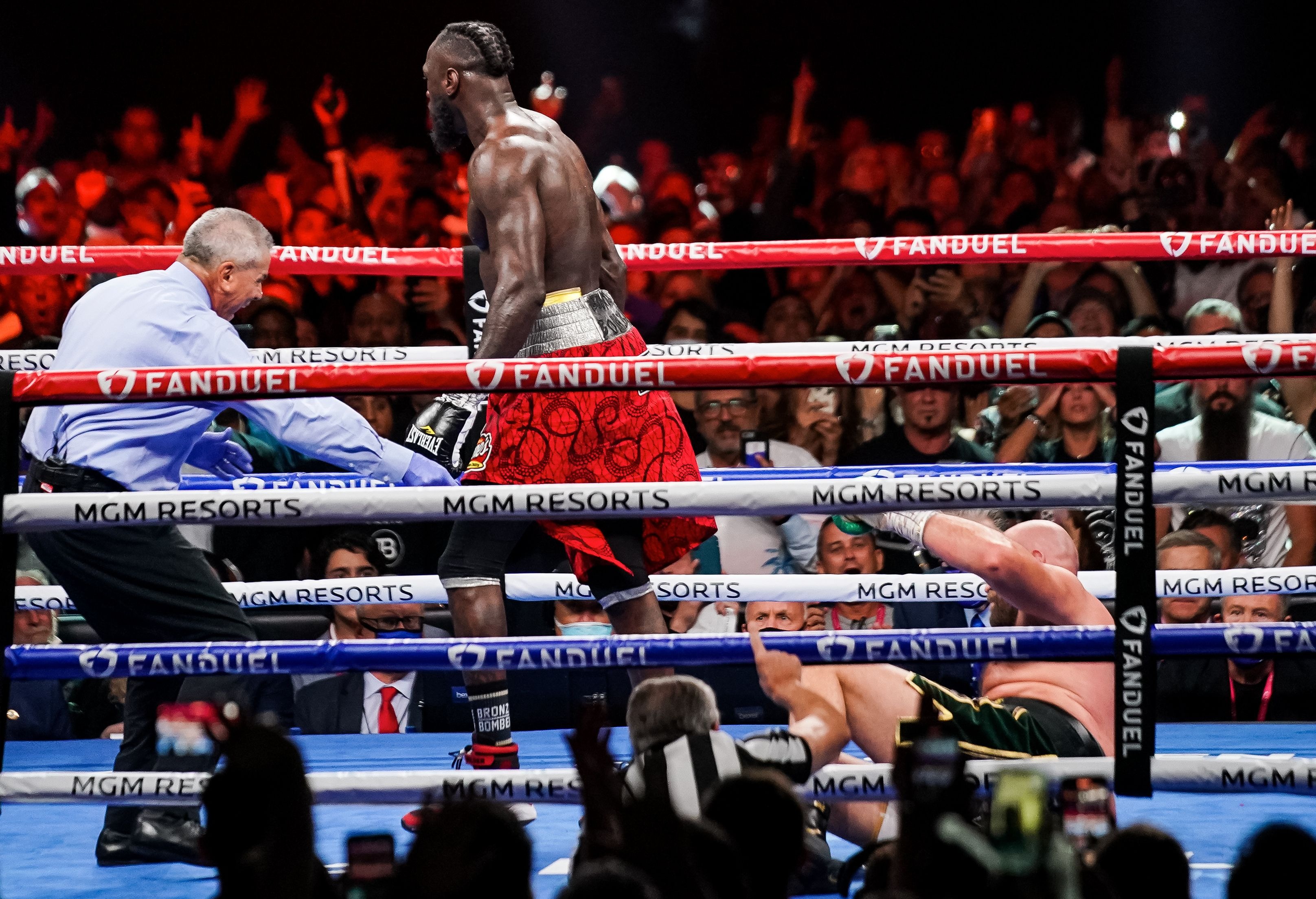 The rollercoaster battle saw Wilder get knocked down in the third round of their trilogy bout at Las Vegas’ T-Mobile Arena.

But he responded by sending Fury to the deck twice in the fourth – only for the champ to clamber back to his feet before the 10-count.

Two huge shots from Wilder sent his opponent to the floor in quick succession but Fury was upright by the count of eight.

And several more people took to social media to claim that the fight had been fixed.

Another wrote: “The ref didn’t even count the second knockdown! He got to 6!!!!!!! Boxing is fixed.”

While a staunch fan of the defeated American said: “@BronzeBomber really wasnt going up against just @Tyson_Fury, he dead a** just fought the WHOLE BOXING COMMISSION!! He fought fury AGAIN with TAMPERED GLOVES and a REFEREE THAT LITERALLY GAVE FURY 16 SECONDS TO GET OFF THE CANVAS! SMH KEEP UR HEAD UP WILDER! U A WARRIOR!!!”

UFC superstar Dustin Poirier tweeted: “That was a slow count … we gotta fight!”

While journalist Steven Loung wrote: “Tremendous heart from Wilder. That second knockdown count was real slow. This fight probably should be over.”

Boxing guidelines state the ref should stop the count if a fighter moves away from his neutral corner.

After scoring his first knockdown, Wilder was told to go to a neutral corner but instead headed to his own – something that could have delayed the count.

After climbing to his feet to beat the count, Fury was spent sprawling back to the mat with seconds of the round remaining.

But his resilience was on display however, beating Mora’s count for the second time to ensure the fight would go on.

And the Brit recovered from those early setbacks to knock-out his American rival with a brutal right-hand deep in the 11th round.