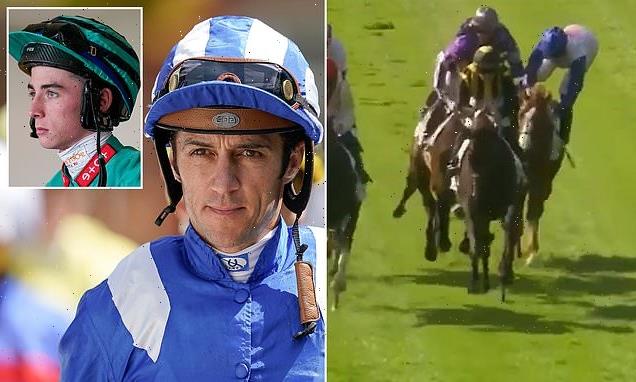 A French jockey will be allowed to ride in the richest horse race in Europe at the weekend despite being banned for 60 days for deliberately elbowing a rival off their horse mid-race at a meeting on Friday.

In the shocking incident at Saint-Cloud, Christophe Soumillon knocked Rossa Ryan to the floor as they travelled side-by-side, sparking calls for the Belgian to be banned for life.

Soumillon was immediately disqualified from the race and has been banned for two months. But the suspension does not start until after Sunday, clearing him to ride in the famous Arc de Triomphe – a race that has a total prize pot of £4million.

Ryan appeared unhurt but did fall alarmingly quickly in an impact a Sky Sports Racing pundit compared to ‘jumping out of a car sunroof at 35mph’.

Speaking after the incident, Soumillon said: ‘I received a little bit of pressure from Rossa’s mount. I tried to keep a better position behind Ryan Moore.

‘I put my elbow against him just to make him understand I wasn’t going to the inside.

‘Unfortunately when I asked my horse to go there and to the right I pushed him (Rossa) for a stride or two and he fell off.

‘Straight away I knew I made a mistake. I want to apologise to everyone. I just saw Rossa and he is fine and the horse is too.

‘It was not a nice act on my side and I am terribly sorry and want to apologise.’ 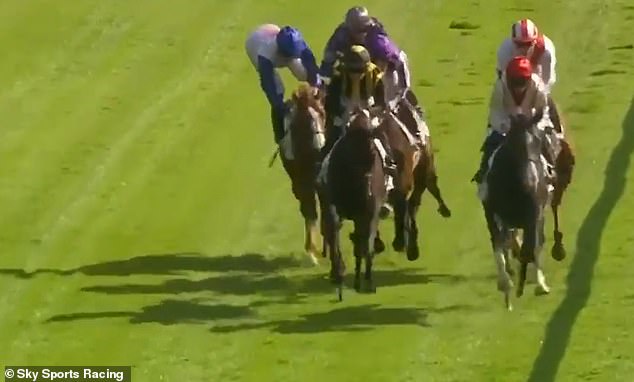 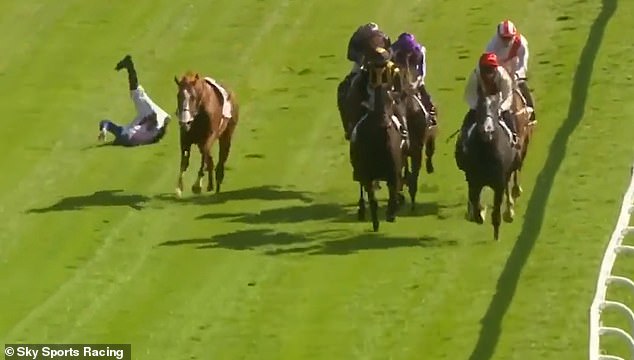 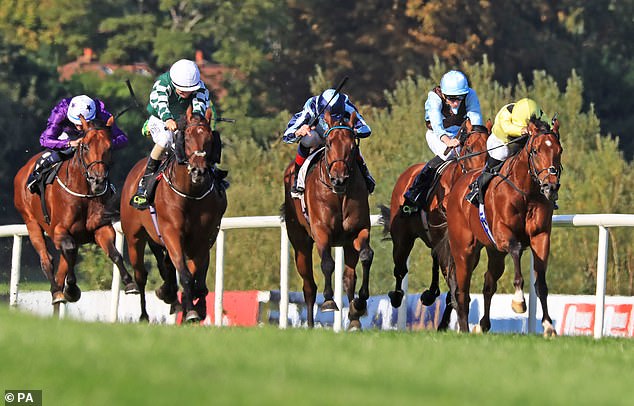 Racing fans on Twitter felt the ban should have been longer for the deliberate act, which has been widely condemned on social media.

One said: ‘Needs a lengthy ban for that! Madness!’

Another added that it was ‘dangerous, reckless and clearly deliberate. Incredible’.

‘So why is it any different the fact he’s got lucky not to be seriously injured?’ 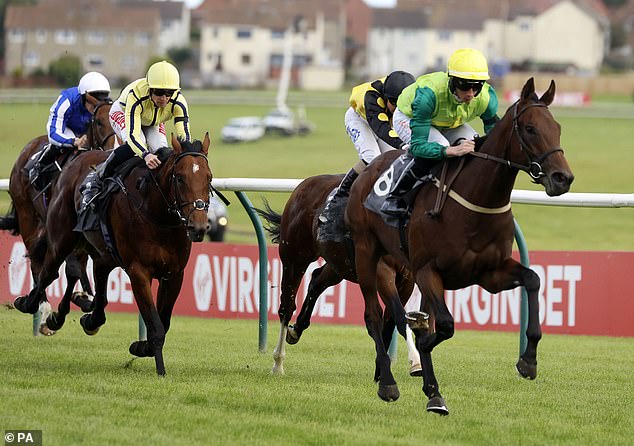 Another fan said: ‘Shocking footage and the camera never lies, probably the worst deliberate act I’ve ever seen by a jockey. Thankfully he walked away.’

A further user added: ‘This is horrible from a great jockey.’

Soumillon is set to ride in the Arc on Sunday, where he will be among the favourites on Vadeni. 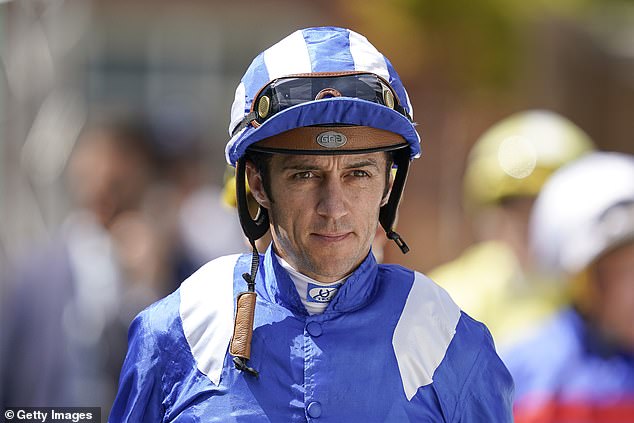 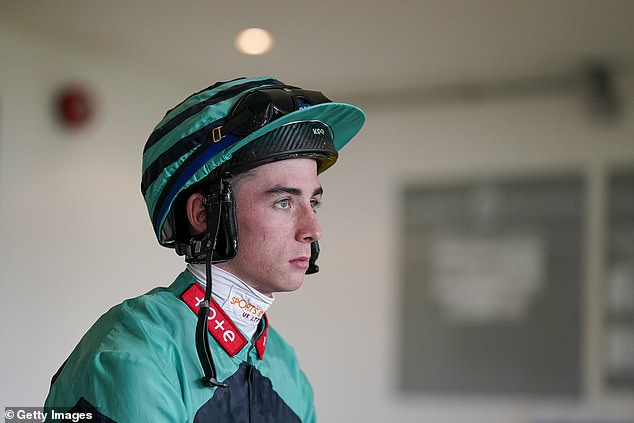 The incident comes just 24 hours after a rider in Ecuador was banned for life having committed a similarly shocking act on a fellow jockey.

In viral footage of the incident at the Ecuador derby that has been slammed online, Joffre Mora can be seen deliberately shoving Luis Hurtado towards the end of the race.

Unlike Soumillon, stewards swiftly acted and banned Mora for life – a punishment some feel should be meted out to the Belgian rider.

Mora’s actions have been labelled as the ‘the worst thing I’ve ever seen’ by a Twitter user.

Another said: ‘Literally could be classed as attempted murder.’