ARROWS queen Fallon Sherrock admits it would be easier to tackle eating bugs and face spiders on I’m A Celebrity than beat a man at the Ally Pally.

The Milton Keynes mum-of-one is still revelling in the limelight after becoming the first woman to knock a male player out of the PDC World Championships. 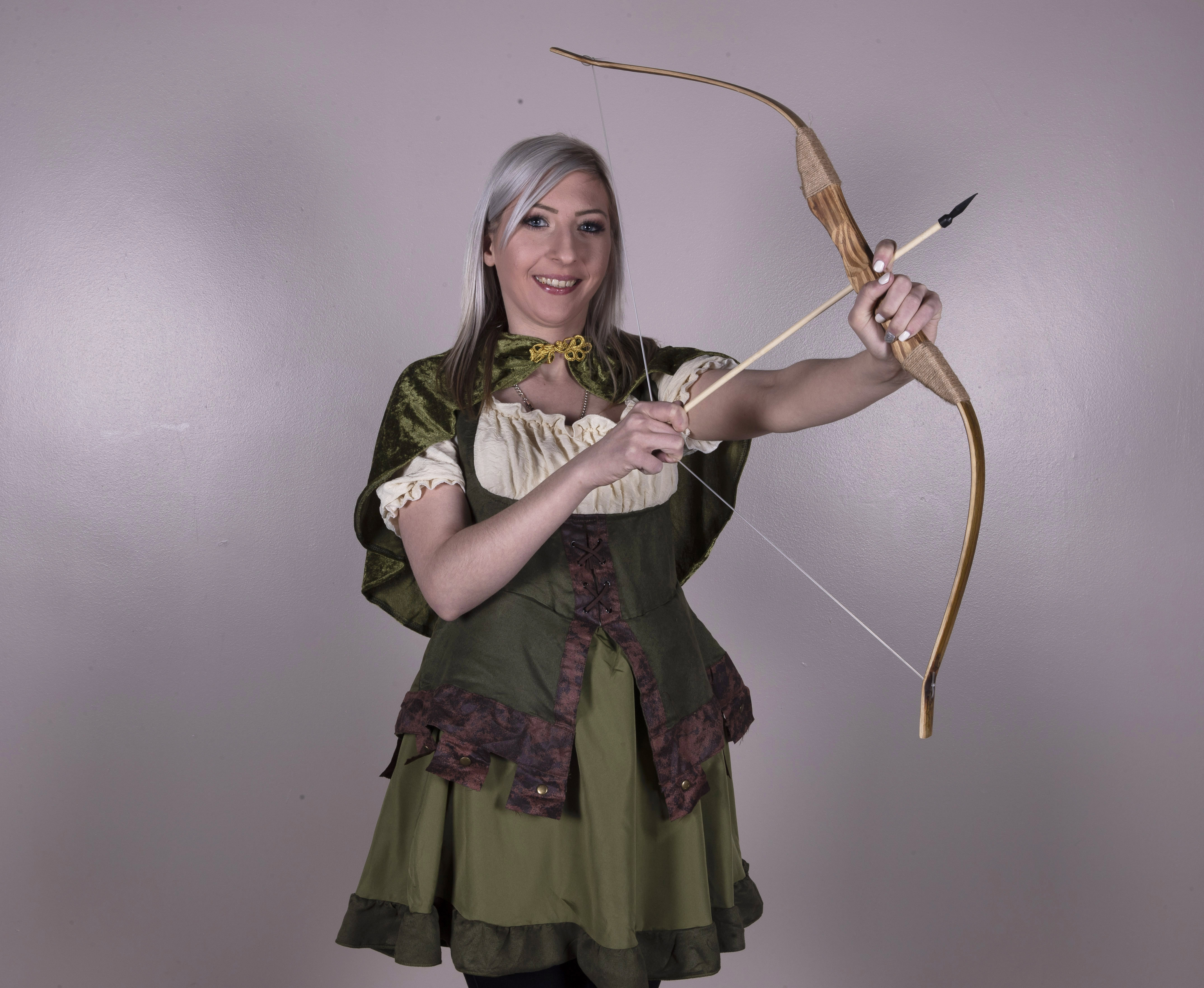 She has been dubbed the “Sherrock of Nottingham” ahead of her clash with Glen Durrant in the Premier League at the Motorpoint Arena tonight.

But Sherrock, 25, would be happy to swap Sherwood Forest for the jungle for I’m A Celeb or Strictly, admitting: “I’ve had a couple of things come up, I’m not going to say anything because they’re not confirmed yet.

“Fingers crossed. I can dance, a little bit. Can I eat bugs? Yes no problem. Spider and heights are much easier than beating a man at the Ally Pally, any day of the week!”

Sherrock has been flooded with messages from celebs since her wins over Ted Evetts and Mensur Suljovic at Ally Pally including Billie Jean King and Sex In The City’s Sarah Jessica Parker.

She even played in a celeb event with Italian football legend Luca Toni.

Sherrock added: “It’s disbelief to get messages from these massive people and they know who I am.  I’m just a normal person. It’s just incredible. I’m so proud and happy with everything.

“I’ve had a lot from  Jacqui Oatley, she was messaging me support throughout the Worlds. I’ve met some more celebs, I played darts with Luca Toni in Germany, he was awesome.” 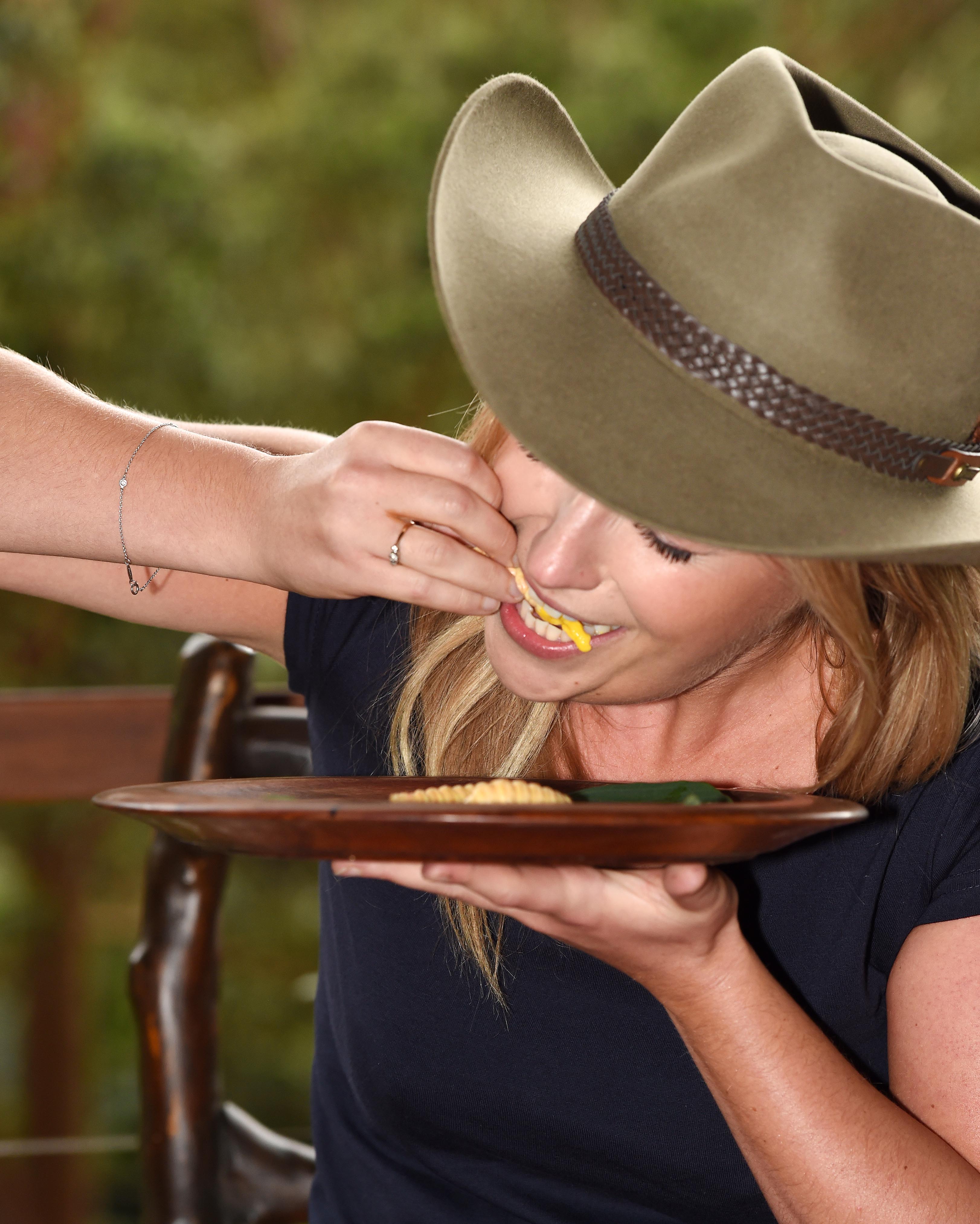 Sherrock is also expecting a few extra proposals due to her new-found fame when she plays Durrant on the eve of Valentine’s Day — but admits she also now has a target on her back.

She said: “I can imagine in Nottingham I’m going to get a lot of cards. I don’t know, it will be fun to see. I’ve had loads of messages on social media and a few letters to my management, so it’s been great support. I’ve loved it.

“I have got a target on my back now, I never had that before. Instead of people saying ‘I’ve got to play her, it’s fine’, now everyone wants to beat Fallon  Sherrock, she is the one to beat.

“I don’t take any notice of negative stuff said on social media. If anything it spurs me on more.”

World No 1 Michael Van Gerwen is in the same Modus Sports stable as Sherrock and has helped her deal with pressure.

And several of the game’s superstars have reached out to her with guidance after nasty trolls subjected her to social media abuse.

But that criticism is nothing compared to the battle mum-of-one Sherrock faces in looking after autistic son Rory.

She added: “I’m slowly making a new life with my little boy. I’m almost away every weekend now. I’m coping OK at the moment, I’ve got great family support around me.

“I’ve explained to him what I’m doing when I’m going away and he loves it. Now he just wants to try and play darts and always try and hit the bullseye!

“All through the week though it’s mummy’s rules for him and then he’s away at my mum’s and he’s got no rules, he sees it as holiday. So he’s loving life at the moment. I’m doing this all for him.”

If you were to compare Green Day to a cockroach, founding members Billie Joe Armstrong, Tre Cool, and Mike Dirnt...