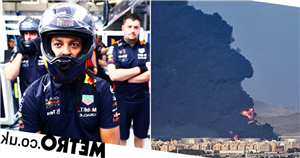 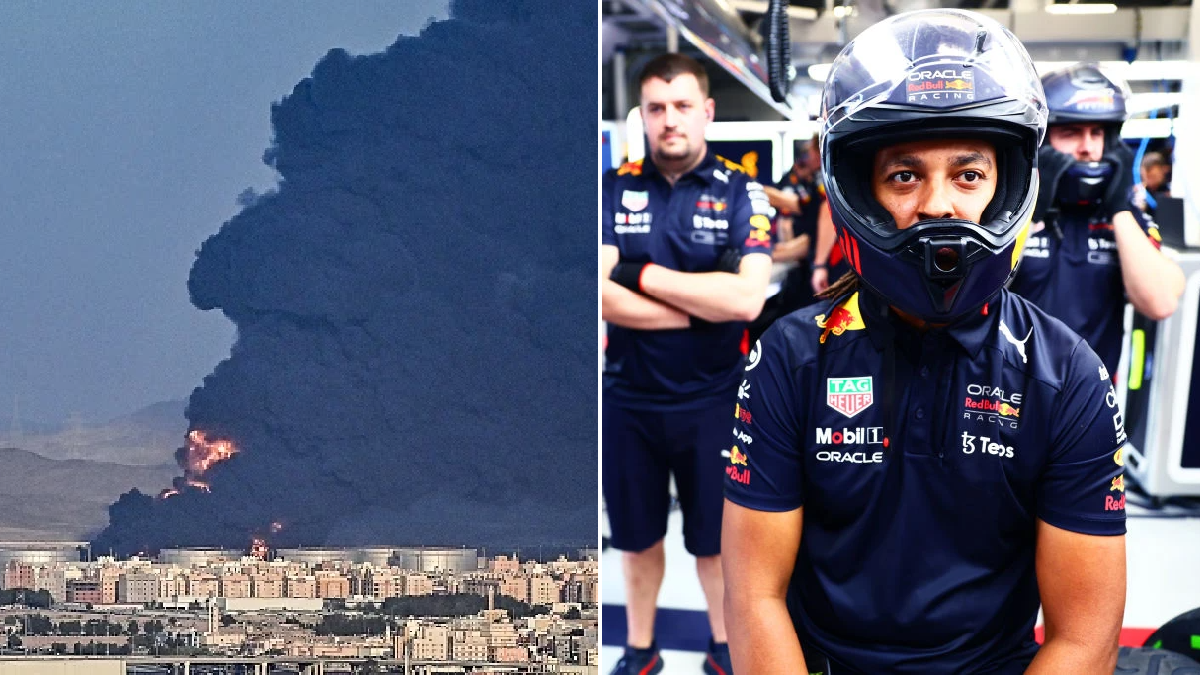 Formula One have confirmed the Saudi Arabian Grand Prix will go ahead as planned after a missile attack on an oil facility near the track in Jeddah.

A large cloud of black smoke could be seen from the F1 track after an oil depot exploded less than 20km away from the circuit.

Yemen’s Houti rebels claimed responsibility for the attack, according to the Associated Press.

Team bosses and drivers were called to a meeting with F1 president Stefano Domenicali on Friday, where he confirmed the race would go ahead.

An F1 statement said: ‘Formula 1 has been in close contact with the relevant authorities following the situation that took place today.

‘The authorities have confirmed that the event can continue as planned and we will remain in close contact with them and all the teams and closely monitor the situation.’

A huge fire has broken out at an oil depot in Jeddah less than 20 kilometres away from the F1 track.

World champion Max Verstappen reported to his Red Bull team over the radio that he could detect the smoke during Friday’s practice session.

‘I smell a bit of a burning feeling,’ said the Dutchman. ‘I am not sure if it is my car, or another car.’

A statement from race organisers the Saudi Motorsport Company said: ‘We are aware of the attack on the Aramco distribution station in Jeddah earlier this afternoon and remain in contact with the Saudi security authorities, as well as F1 and the FIA to ensure all necessary security and safety measures continue to be implemented.

‘The race weekend scheduled will continue as planned. The safety and security of all our guests continues to be our main priority.’