Flanagan resigned from his position earlier this week after being deregistered by the NRL last month for flouting his 2014 suspension for his part in the club's peptides scandal. 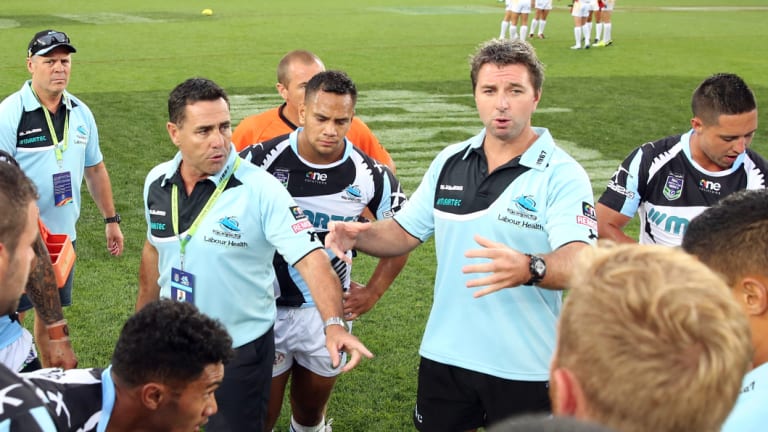 Price, who now coaches English Super League powerhouse Warrington, was Flanagan's No.2 when the Sharks won the premiership in 2016 and maintains close links with the man who threw him a coaching lifeline after he was sacked by the Dragons in 2015.

"He is a great coach and has done some wonderful things at the Cronulla Sharks in the time he has been there," Price said at the Super League season launch at Old Trafford.

"He has been highly consistent and to win a grand final showed just how much he brought the club on from where they were when he took over in 2009.

"It's not just about the first grade, he has changed all the pathways and systems at the club.

The (under) 16s, 18s, and 20s all won national championships in all those age groups. He's done remarkable things at that club and I can't imagine the pain he is going through.

"I genuinely hope he is not lost to the game. Rugby League needs people like Shane Flanagan in it. He has too much to offer.

"He built that club from the bottom up and there haven't been too many years in the recent times they've been out of the finals.

"All that has to go down to Shane."

Price enjoyed a superb first season at Warrington last year, taking the club to both the grand final and the Challenge Cup final.

Despite falling short in both matches, the Wolves have been installed as pre-season favourites to win their first ever Super League title, largely because of the signing of former Canberra and Penrith playmaker Blake Austin.

The 27-year-old, who was named NRL five-eighth of the year in 2015, turned down the chance to sign for Parramatta to move to the north-west of England and Price said his arrival has given the club a huge lift.

"It's been great for us to get Blake," he said. 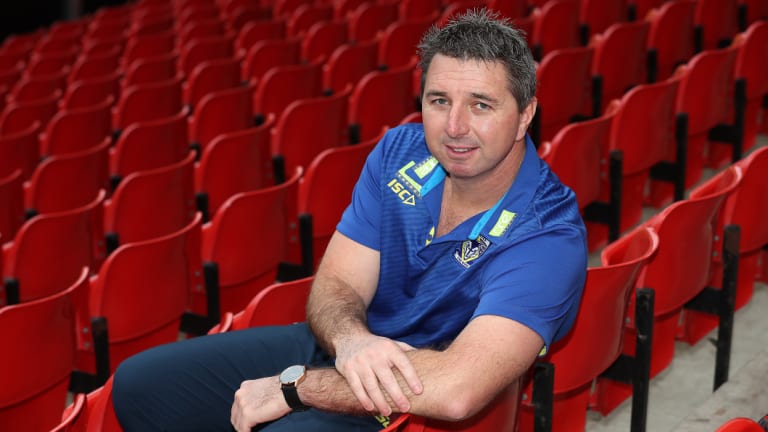 Price has been lauded for the job he is doing at Warrington.Credit:PA

"He scores tries, sets up tries and is a quality person as well. We have managed to get him when he is at the peak of his career and I think he can still get better.

"We had a good honest chat before we signed him and Blake felt at this time of his career with a young family the time was right to come over.

"He has settled in well from day one and embraced every aspect of living in a new country. That is what you have to do."

Meanwhile, St Helens coach Justin Holbrook admits he's flattered to be linked with the Cronulla job but says he's not had any contact with the Sharks about taking over from Flanagan.

The former Canterbury and Sydney Roosters under-20s mentor has impressed since joining Saints 18 months ago and his name is reportedly on a shortlist drawn up by Cronulla powerbrokers along with ex-Manly coach Trent Barrett.

The Sharks are currently being put through their pre-season preparations by former hooker John Morris, with the new campaign set to kick off in less than two months.

But the club is believed to want an experienced coach to take over from Flanagan.

Holbrook led St Helens to the Super League minor premiership last year only to be shocked in the preliminary final by Price's Warrington outfit.

The 43-year-old Holbrook, who enjoyed a modest NRL career in the late 90s and early 2000s in a handful of appearances for Newcastle, Penrith and the Roosters, is fully committed to St Helens but admitted the lure of the Sharks would be hard to ignore.

"I don't know anything about it to be honest, but have seen the reports," Holbrook said. "It's nice to have your name mentioned as I am a coach and I love coaching and I want to do a good job.

"But I haven't spoken to anyone, to anybody there, so I am not sure about it. We'll see what happens.

"I'd love to coach in the NRL one day whenever that is if I get the opportunity.

"The Sharks are a great club with a great roster – it's a job that many people would want to do, that is for sure."