Mido – who played under Southgate when he was Middlesbrough boss – says the Three Lions chief is so riddled by fear his players can smell it in an extraordinary blast on social media. 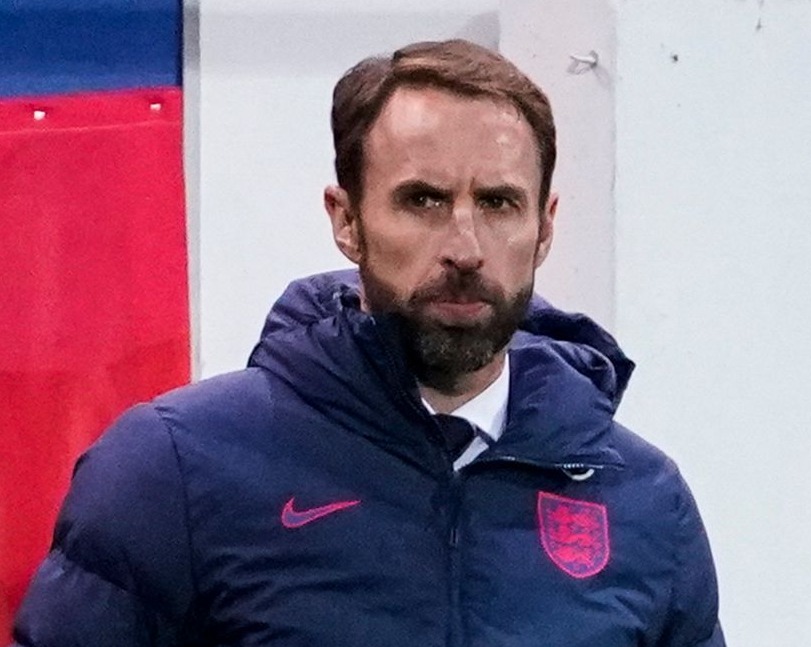 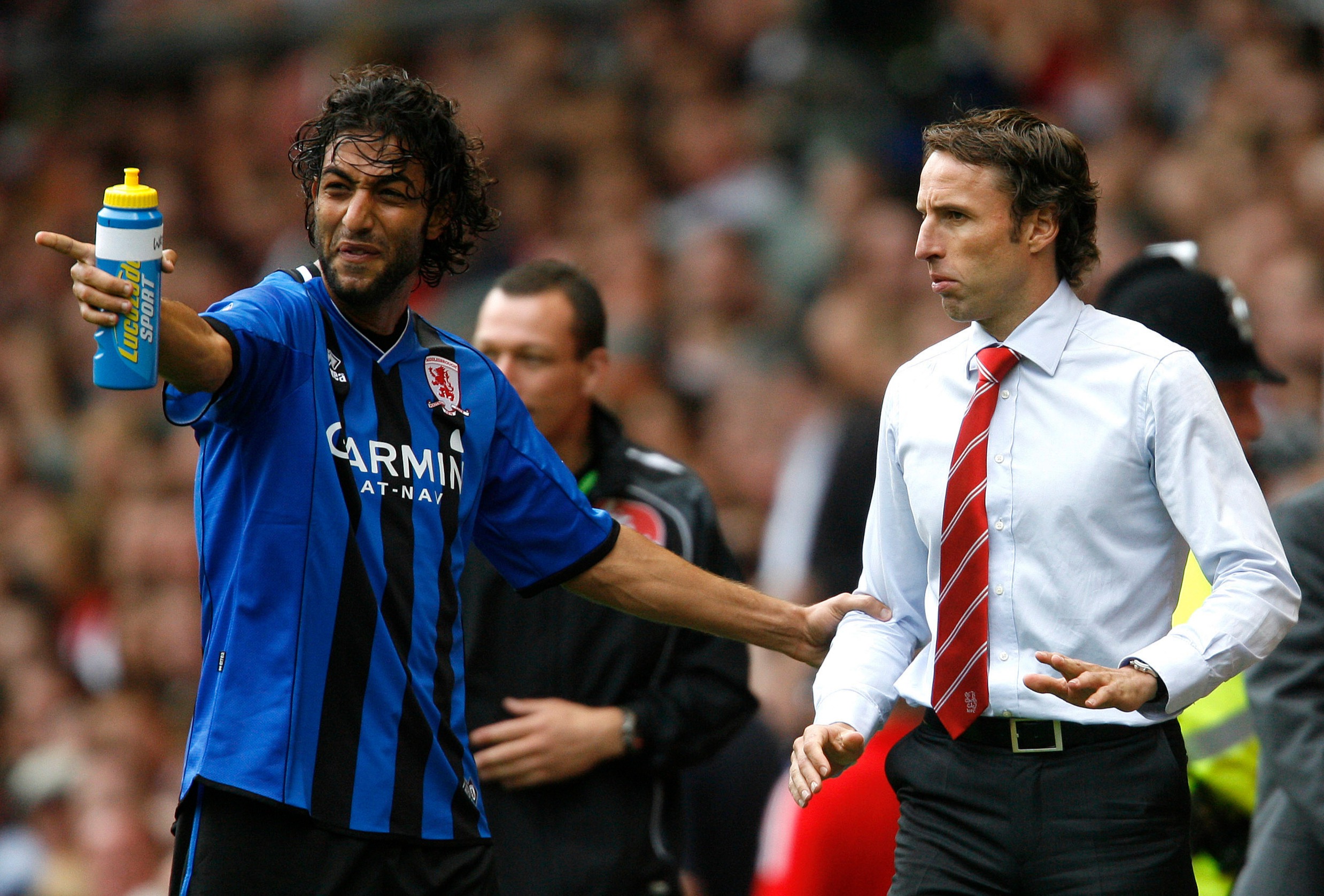 And he urged the FA to dump the man who led the country to a World Cup semi-final and replace him with a winner if they want to make the most of the crop of talent available.

The 37-year-old tweeted after England's defeat to Belgium: “England needs a proper manager. They are wasting their time with Southgate.

“It’s true he always says the right things in the media and probably that’s why he kept his job for so long but believe me he is stuttering every time things go wrong at half-time. Players feel his fear.

“England [have] got some top talents in their side they need a manager with strong character, someone who can get them to enjoy themselves and play with no fear.

“I’m sorry but Southgate is not the man to do that.”

Former Tottenham striker Mido was at Boro when Southgate was sacked in 2009 with the club tumbling towards relegation from the Premier League.

He believes the 50-year-old is better suited to succeeding Greg Clarke as FA chairman than he is a manager.

He added: “I remember him at Boro he was scared to death when we were fighting relegation. True it was his first job but these things never change. 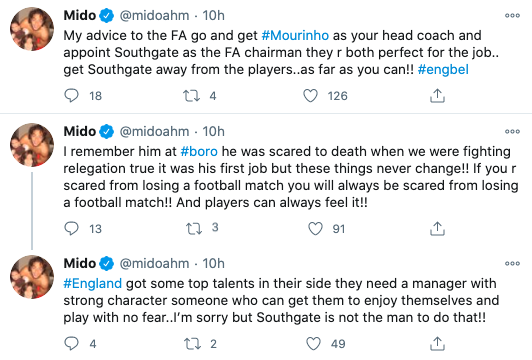 “My advice to the FA, go and get Mourinho as your head coach and appoint Southgate as the FA chairman – they are both perfect for the job.

“Get Southgate away from the players – as far as you can.” 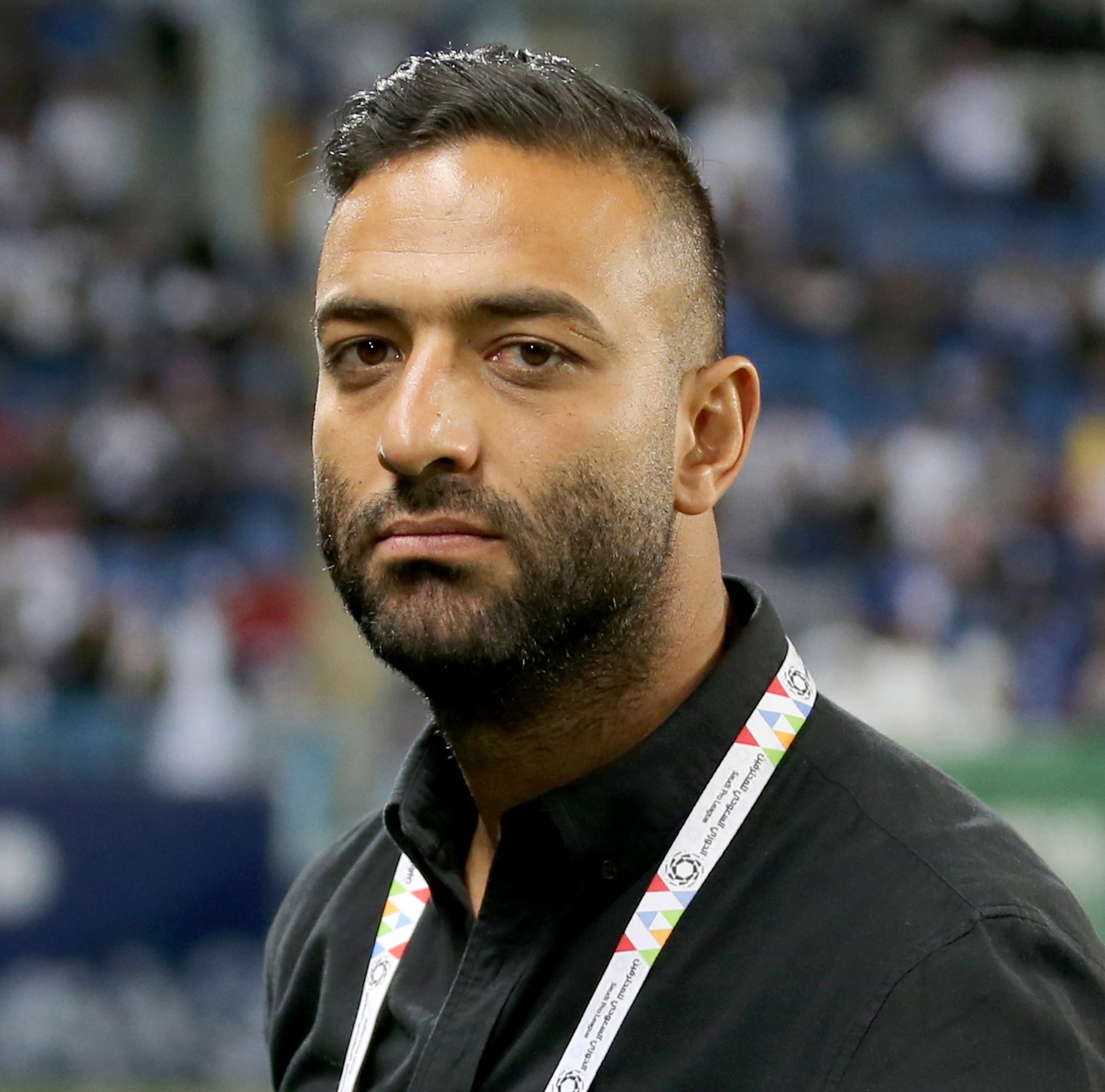 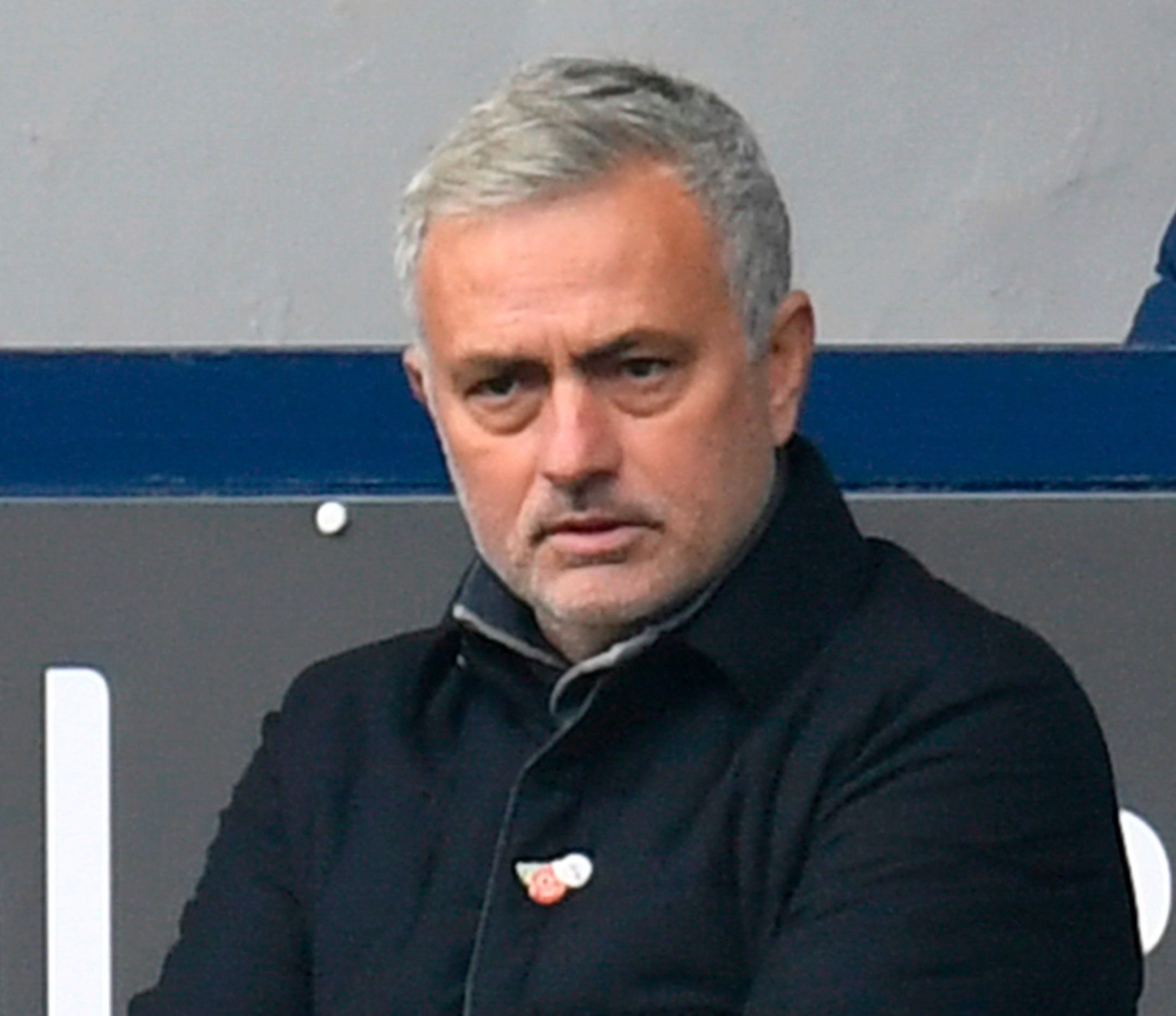