It’s harsh. Even making 16 appearances in the 2000/01 season when you’re competing with Beckham, Scholes, Keane, Butt and Giggs for a place in Manchester United’s midfield is some achievement. 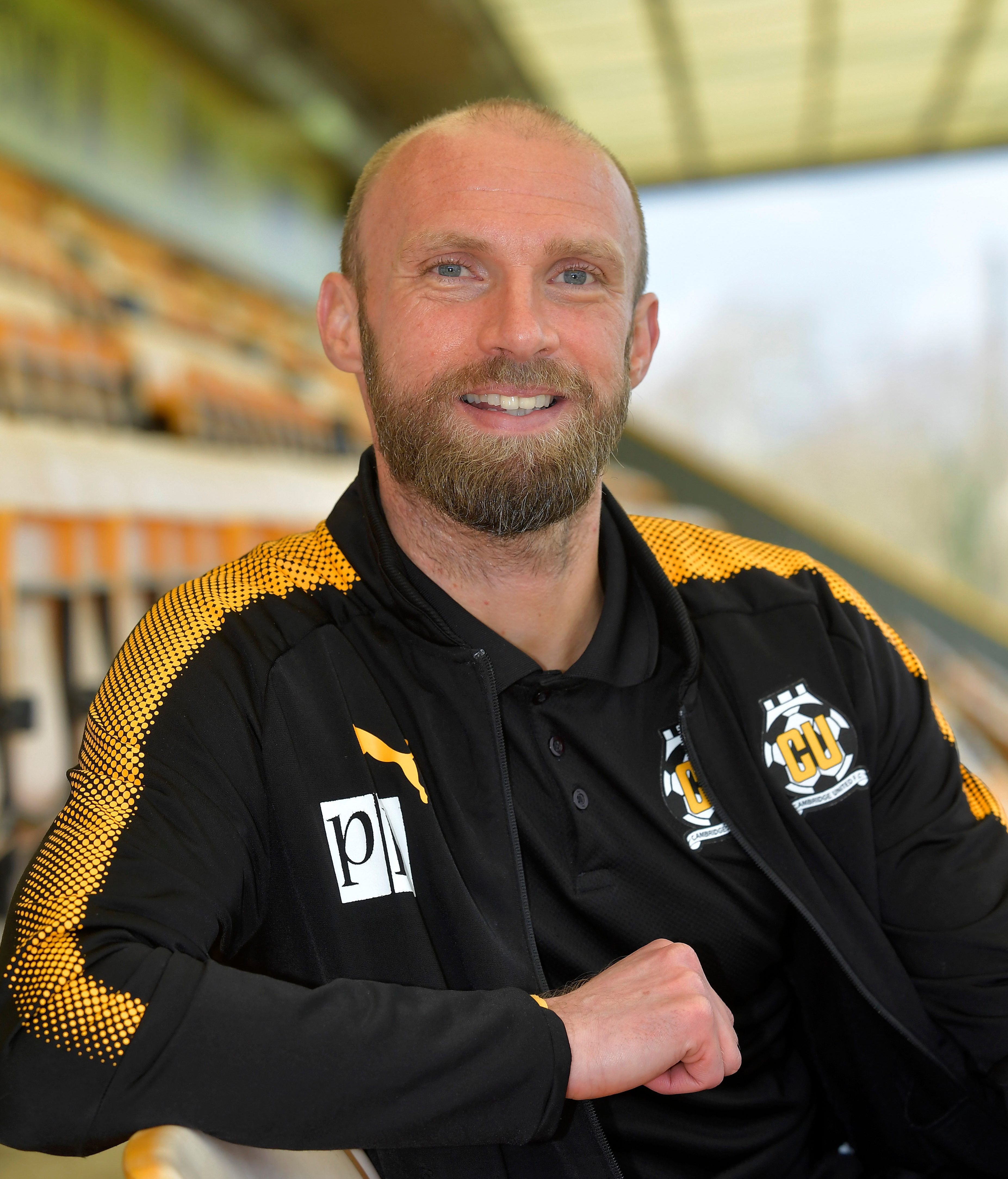 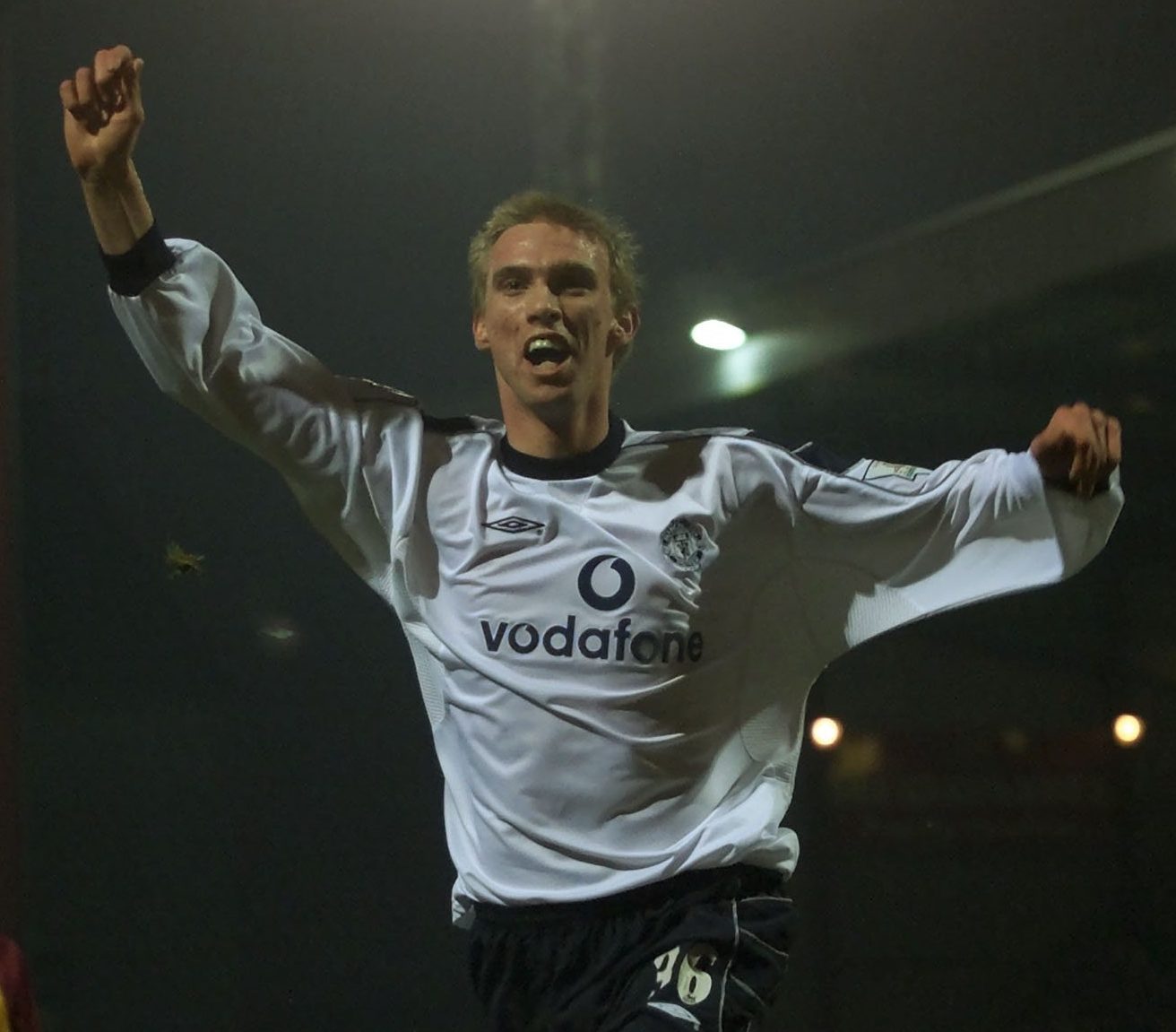 But Chadwick is not bothered. After all, no one can take that medal away.

Speaking to SunSport: “Never in my wildest dreams would I lift the Premier League. I didn't do a huge amount to help but I made enough appearances to get a medal.

“I don't think I particularly earned it either! But I was there and must have done alright to get on the pitch. I'm not being arrogant but I won the league.

“When I first saw these comments, as a young boy with the internet just coming out, I was thinking, 'Flipping heck. How do these people even know who I am?'

“Maybe because I started at Manchester United, people don't see me as a good player. It makes no odds to me.”

Without boasting, he admits he was one of the best members of that youth side but appreciates a big contract tainted his love of the game.

He said: “I did quite well then they gave me a load of money and I don't think that really helped me.

“Maybe I'm thinking I'm better than I am and should I be playing ahead of these world-class players?

“Maybe I didn't work quite as hard, didn't do everything I needed to do to get there.

“At the same time, I got a few injuries, probably didn't treat the injuries as I should have done, should have been doing other stuff to get right but I had all this money and could do pretty much whatever I wanted.

“I never thought I'd win the Premier League but could I have done more? Probably.”

Being around the first team for that one full season with the likes of Beckham, Giggs and Ole Gunnar Solskjaer did not faze Chadwick.

A speech in Thailand during pre-season helped integrate him into the squad, who immediately made him feel like one of their own.

Chadwick added: “The dressing room was full of world-class footballers but brilliant people.

“Ole was right at the top of that list: a lovely man, really friendly, always smiling. He had a real desire to practise, an appetite for hard work.

“I wouldn't say we were best friends but he'd always give his time to the young players, talk to you and give advice.”

United’s comeback win over Paris Saint-Germain this month brought back memories of that Barcelona night 20 years ago. 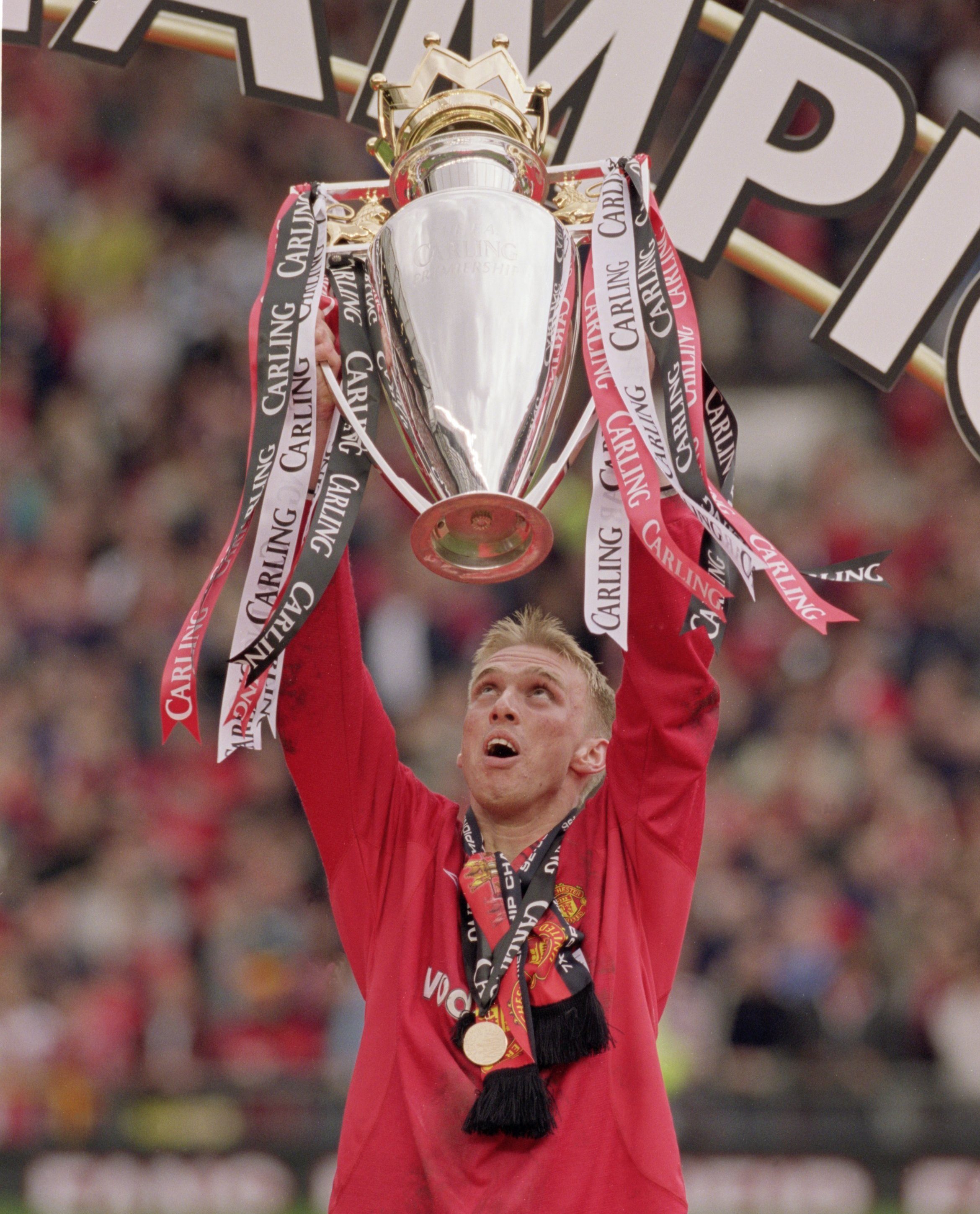 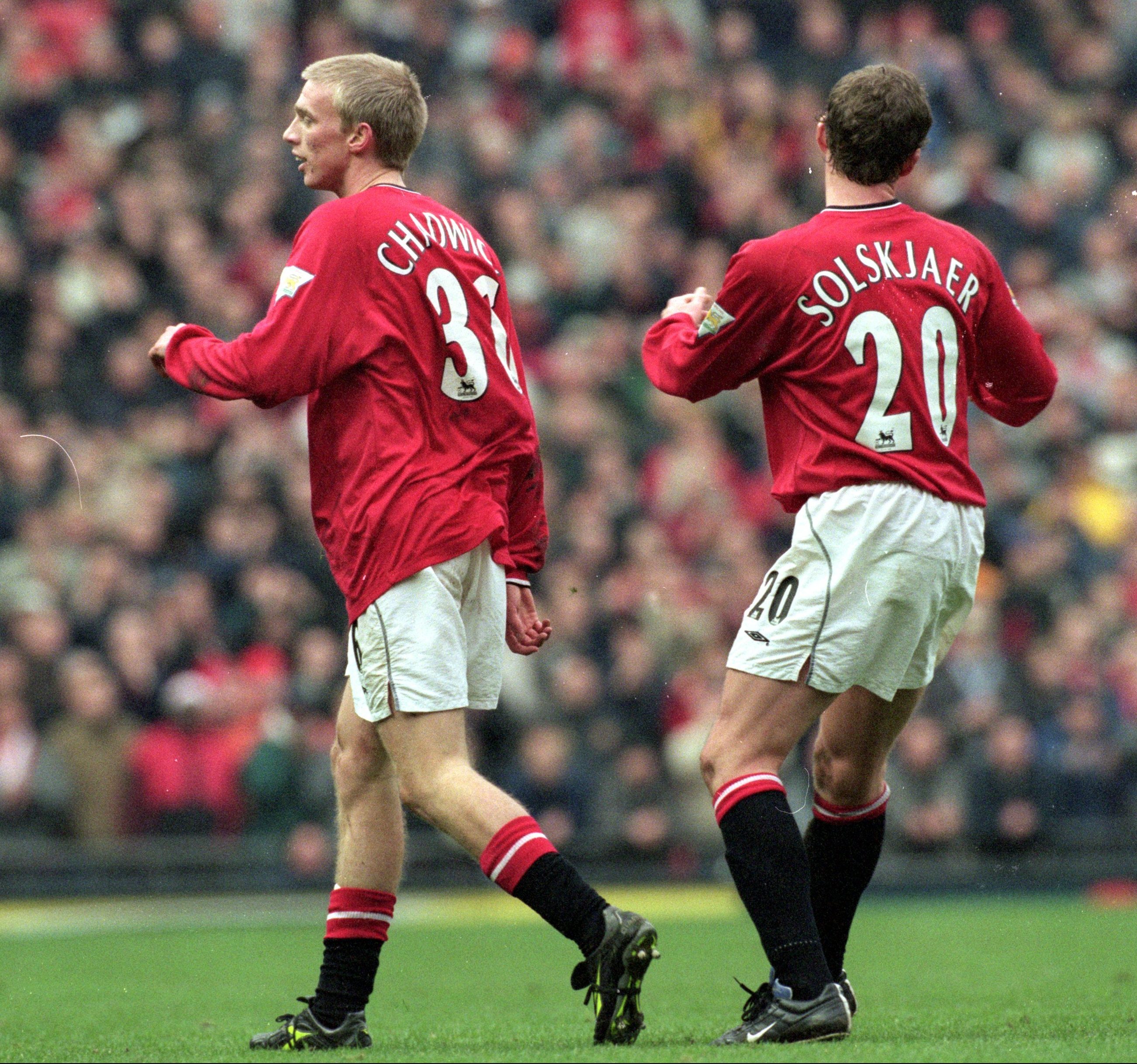 The club flew all the staff out, from scholars to tea ladies, so Chadwick was at the Nou Camp to witness Solskjaer’s heroics.

And because of the tight-knit family atmosphere, spearheaded by Ferguson, the then-scholar felt part of the Treble-winning efforts.

Injuries, loans and family led to Chadwick’s leaving Old Trafford for West Ham in 2004 before spells with Stoke, Norwich and MK Dons.

He then fulfilled a life-long dream by finishing his career “at the club I love and always wanted to play for”, Cambridge United.

But after retiring and a year “bored and on my own”, Chadwick returned as an academy manager.

While he has plenty of advice to give on the pitch, including to his sons who are both on the books, he is heavily involved off it, volunteering with the club’s Mind Your Head programme, educating school children about mental health.

Love for the game is what keeps you going. The motivation for money and flash cars can only take you so far.

It is something Chadwick struggled with during his career so he’s passionate about football making progress.

He said: “I was brought up in the industry where it was a complete sign of weakness. My mental health has suffered loads of times but you don't recognise it.

“I've been in situations where I've felt really low, stopped playing football and you feel you're a different person. I don't think you notice it at the time.

“Football is changing. I remember when I was a player if you lost a game or played poorly, the way you were spoken to was like you are a bad person. We need to come away from that. It is just a game.

“I would never seek out someone to speak to, never even consider talking. Even now, I still find it hard. I dealt with it myself. Probably 99 per cent of players could say the same.

“Whereas if we can get the education right with these Year 8 and Year 9 students and young footballers where they feel it is fine to speak about it then hopefully in years to come they're going to be more mentally-healthy people out there than what possibly there is now.

“The most important thing is cultivating love for the game. When it turns into a job, something you're just getting paid for, that's where the psychological problems can start.

“Love for the game is what keeps you going. The motivation for money and flash cars can only take you so far.” 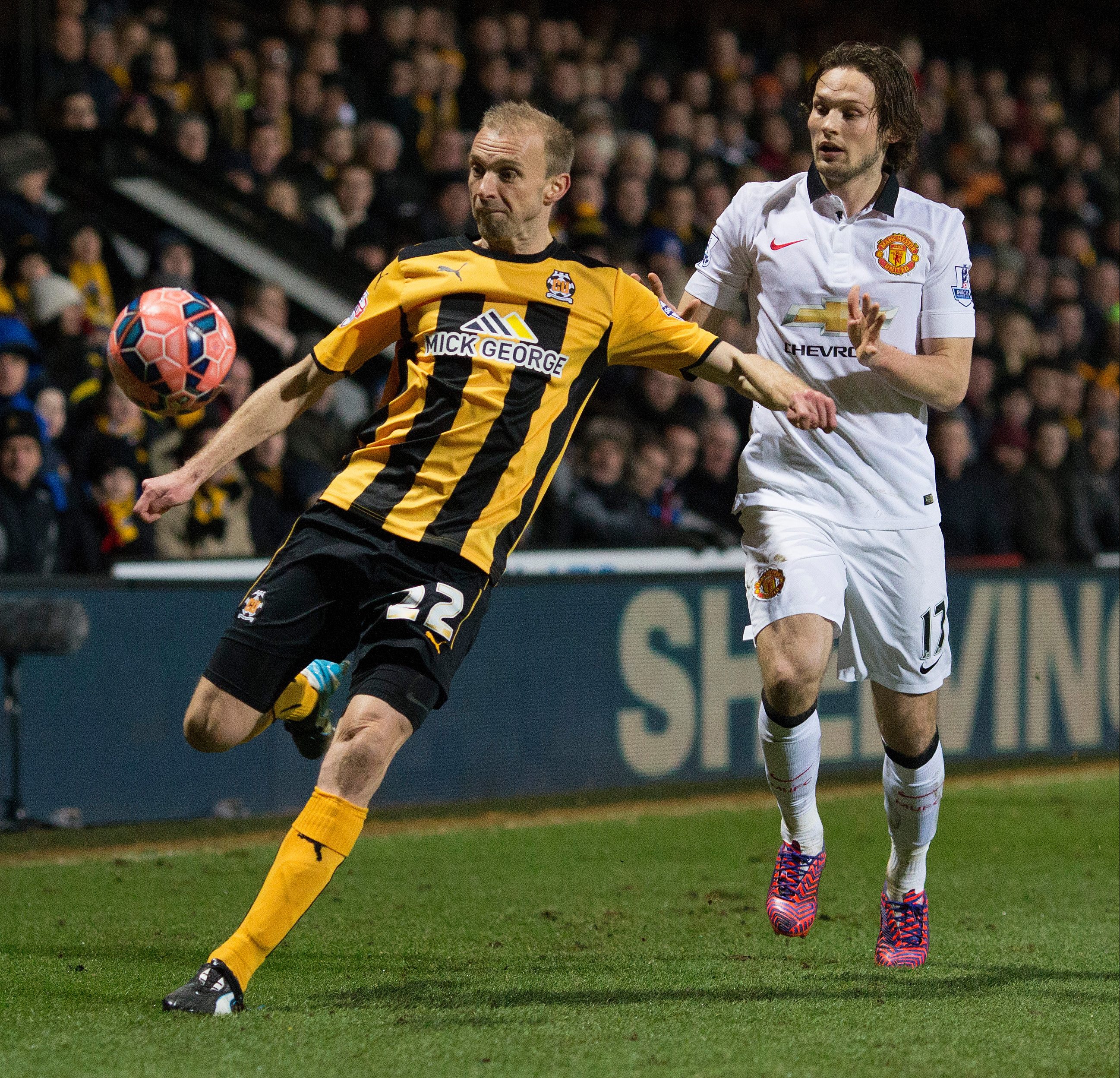 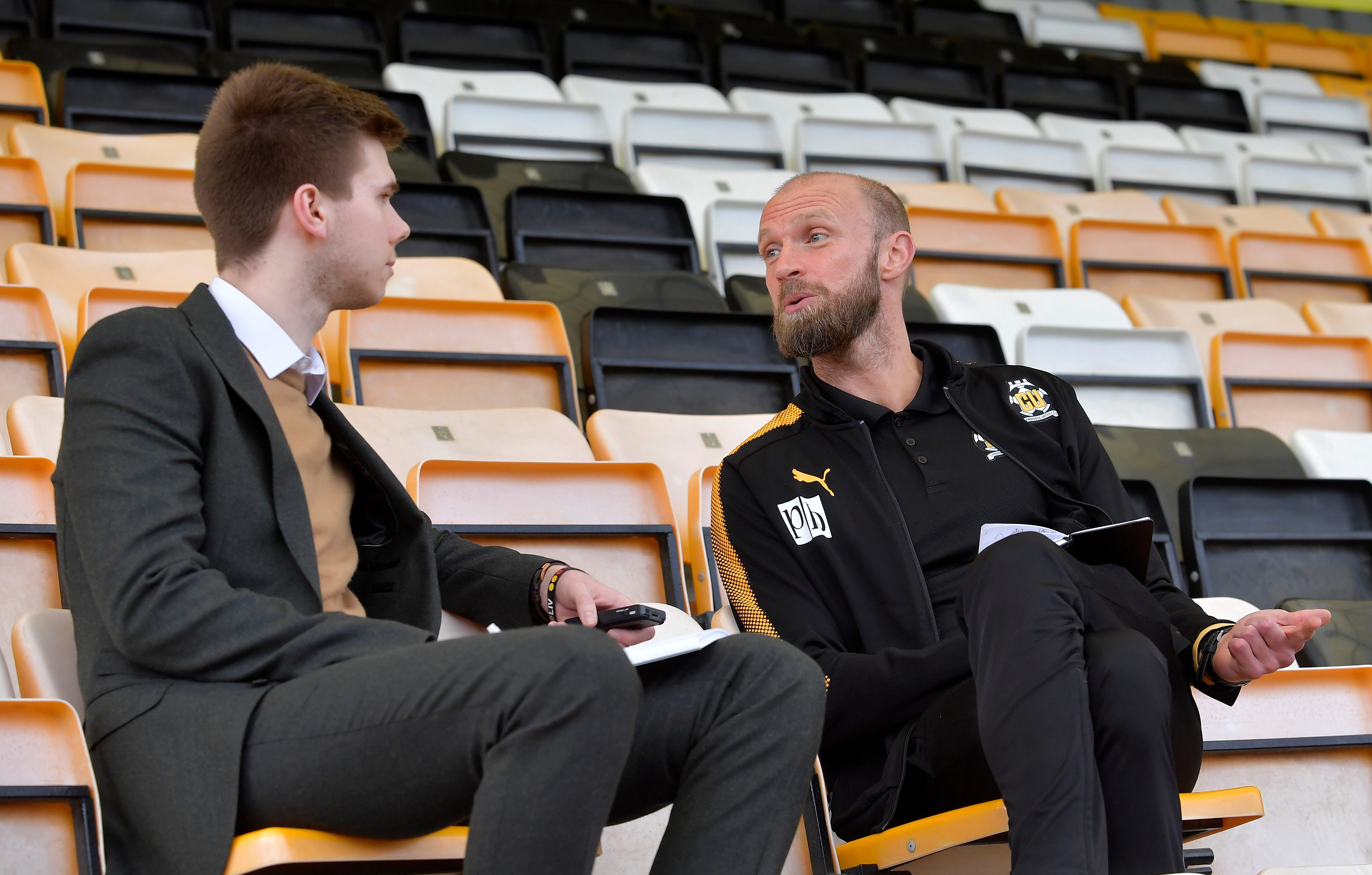 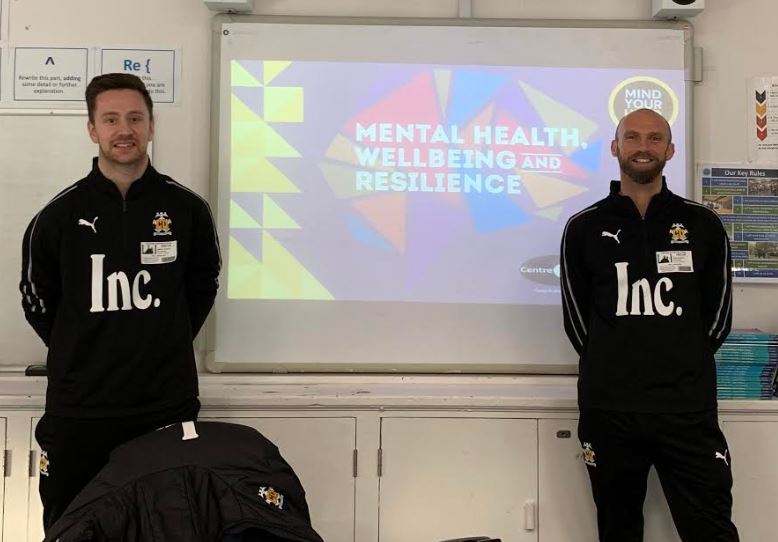