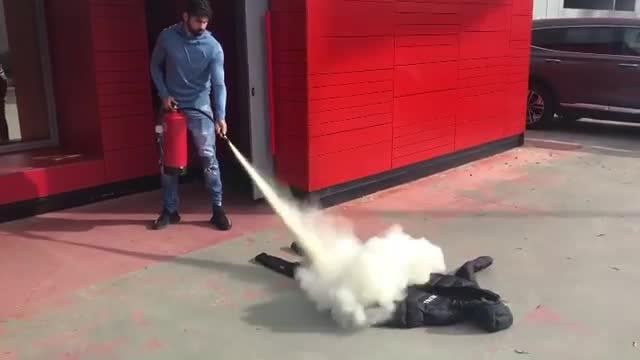 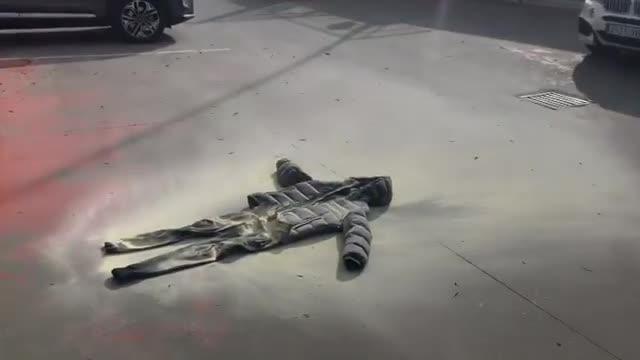 Costa then sprays a jacket and trousers laid out on the ground – before Hernandez appears at the door wearing only a pair of boxers.

The ex-Blues badboy walks away smiling as Hernandez yelps “no” after seeing his clothes ruined.

Luis posted the video onto social media with the caption: “They fight like brothers.”

But Hernandez, 22, didn't let Costa get away with the prank… storming outside to the striker's car. 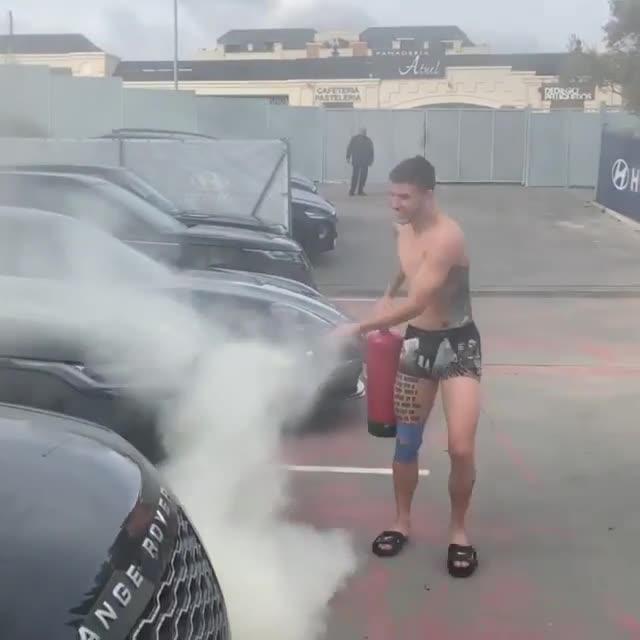 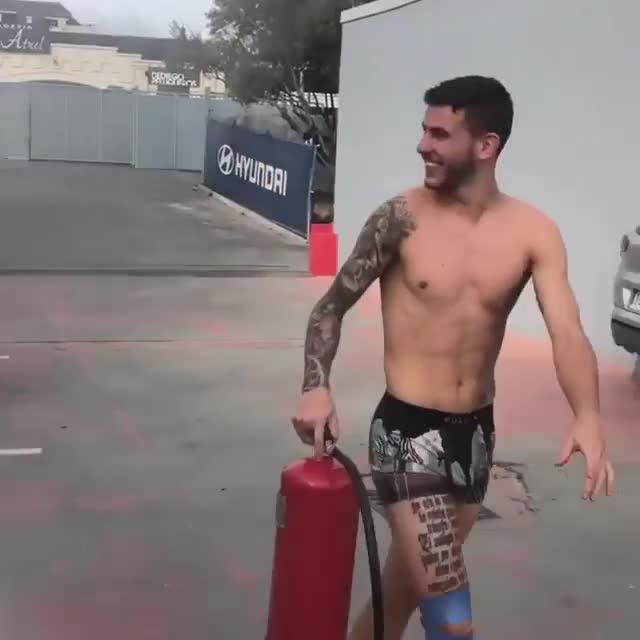 The France international then showers the SUV with the extinguisher as the Spanish striker looks on, mortified.

Hernandez posted the video online with the caption: “Welcome to the new series of ‘Pimp My Ride'.”

Costa is no stranger to pranks, having made headlines on New Year’s Eve by setting off fireworks in a bedroom as his brother Jair slept.

As the sibling lay asleep, Diego crept up and placed a pan containing fireworks next to him – scaring the life out of him in the process.