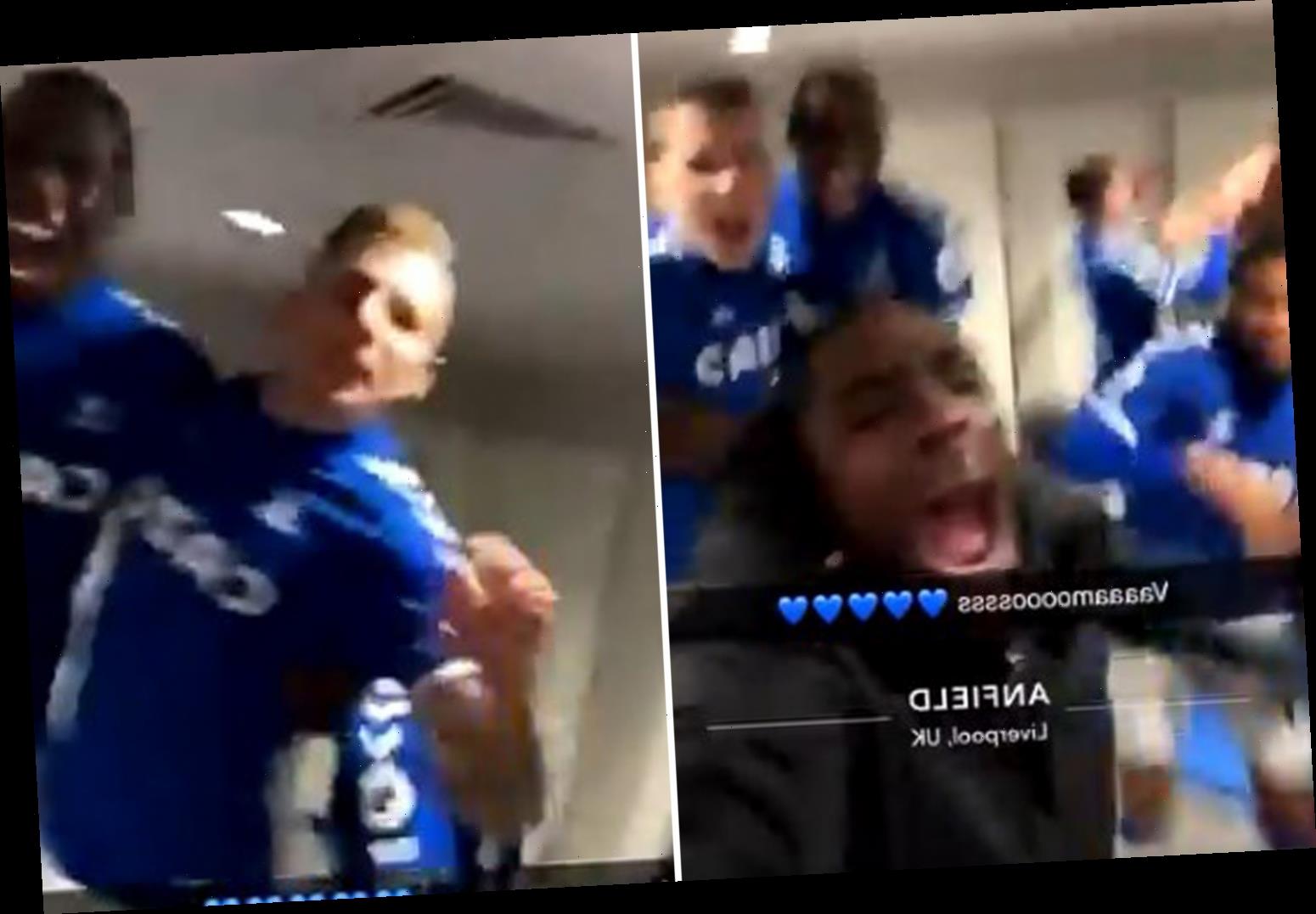 EVERTON'S players celebrated widly in the away dressing room after a first win against Liverpool at Anfield since 1999.

Goals from Richarlison and Gylfi Sigurdsson helped Carlo Ancelotti's side to a hard-fought 2-0 win in the Merseyside derby to end Liverpool's unbeaten run in the fixture. 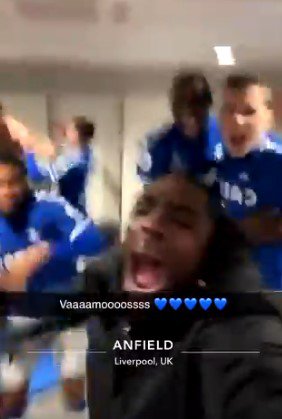 Everton left-back Niels Nkounkou posted footage of the Toffees' post-match celebrations on Snapchat – with assistant coach Duncan Ferguson even joining in with the antics.

The likes of Lucas Digne and local boys Mason Holgate and Tom Davies could also be seen in the video, as Everton earned a first Merseyside derby win – home or away – for more than 10 years.

Players could be heard screaming with delight in the clip.

And some embraced each other and jumped up and down with joy.

Their last victory over Liverpool came in October 2010, when David Moyes was still in charge at Goodison Park.

Goals from Tim Cahill and Mikel Arteta won Evertonians bragging rights on that occasion but the Blues had gone 23 games without a win in the fixture before Saturday's clash.

And it also took them 23 games – and 22 years – for them to triumph at Anfield again.

Everton had not won on their rivals' home turf since September 1999.

Kevin Campbell's fourth-minute strike was all that separated the two sides in a bad-tempered contest, as Liverpool were reduced to nine men and Everton's Francis Jeffers also saw red.

Ten draws and 13 defeats at Anfield later and the Toffees finally have their elusive win.

Captain Seamus Coleman, the only player left from the side that beat Liverpool in 2010, hopes Everton can push on after ending their Anfield hoodoo and praised boss Ancelotti for his impact on the side.

Coleman said: "It means a lot to us all, we are starting to get a bunch of players in the dressing room who are not tied down with that baggage.

"It's great for us, the fans and the Everton fans within the club.

"And when you have a world-class manager in the dugout, you fully believe in these games, he spoke about how he did for Napoli.

"Once you are part of this club, you know the history about winning here and the last time we won a cup.

"We need to tidy up a little bit when they come to Goodison Park, we are still working.

"The mindset has to change and it is, not to just be beating Liverpool but being successful in our own right.

"I keep saying it, on a day to day basis we have to be professional and believe in the process.

"We cannot turn it on and off like in the last few weeks."