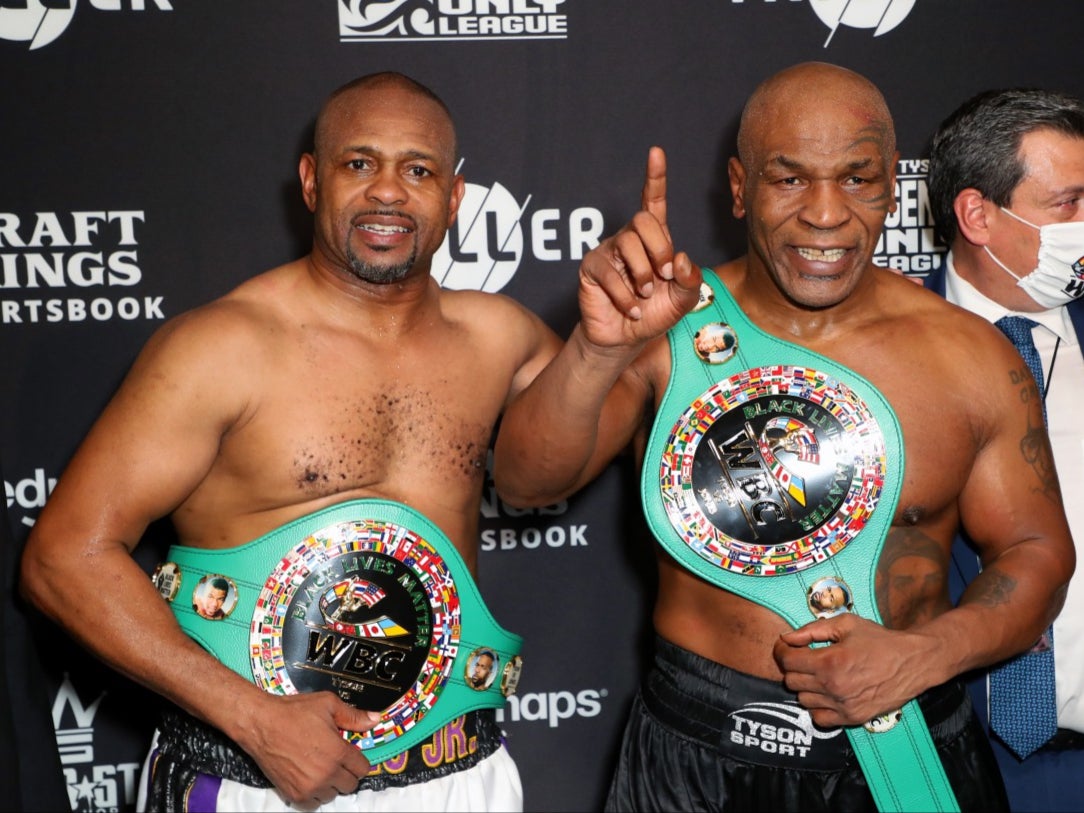 Jones Jr and Tyson celebrate after their exhibition

Given Tyson would likely command parity at least with his long-standing rival, who has two victories over Iron Mike.

The second win of course came via disqualification, after Tyson took out a chunk of his ear with a desperate bite in 1997.

“It definitely wasn’t me,” Holyfield told the I Am Athlete podcast. “I wasn’t getting in the ring for less than $25 million.

“I beat him twice. I felt it was wrong for me to have to ask him to fight me. I don’t know (if he’s scared). I would never ask a person that.

More funds will likely be required to pay for the undercard, with YouTube star Jake Paul commanding a solid payday with a second-round knockout of former NBA player Nate Robinson.