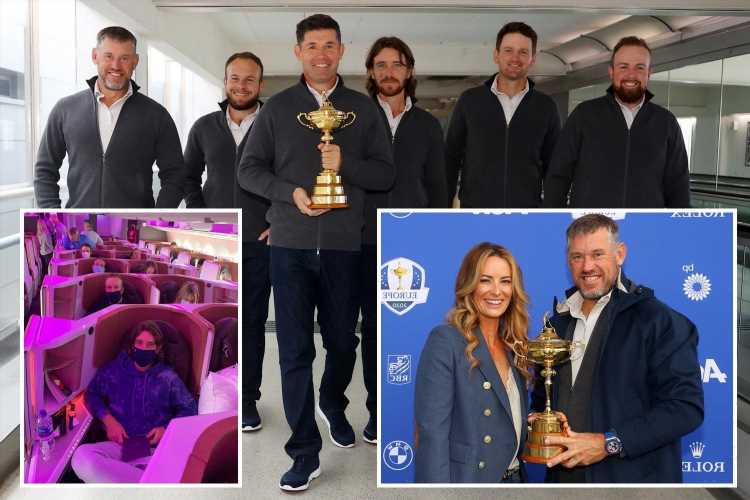 EUROPE'S Ryder Cup team have boarded their flight to the US as they prepare to do battle in the 2021 Ryder Cup this weekend.

Captain Padraig Harrington posed with the trophy alongside Shane Lowry, Bernd Wiesberger, Tommy Fleetwood, Tyrrell Hatton and Lee Westwood as they set off to Wisconsin in matching outfits. 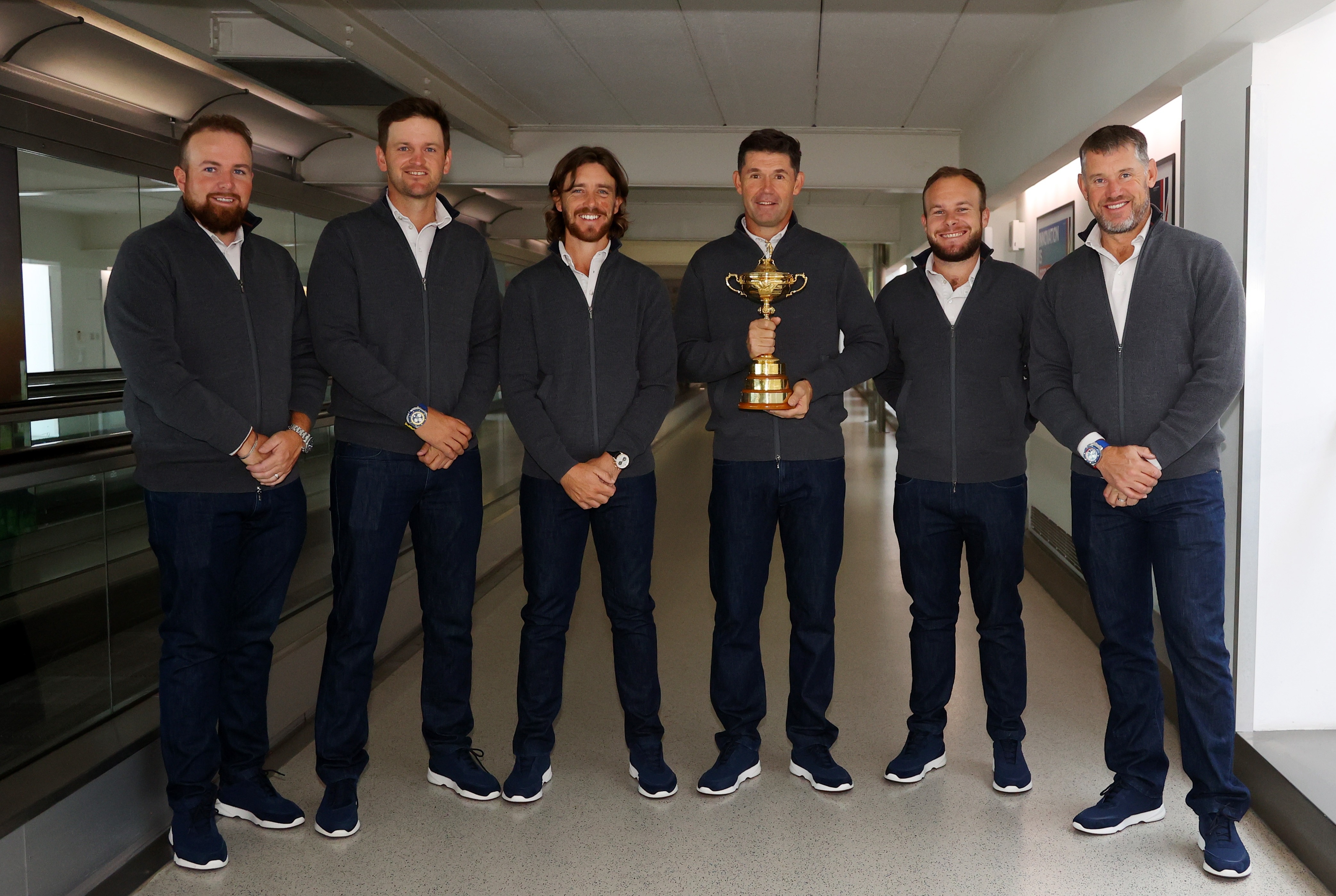 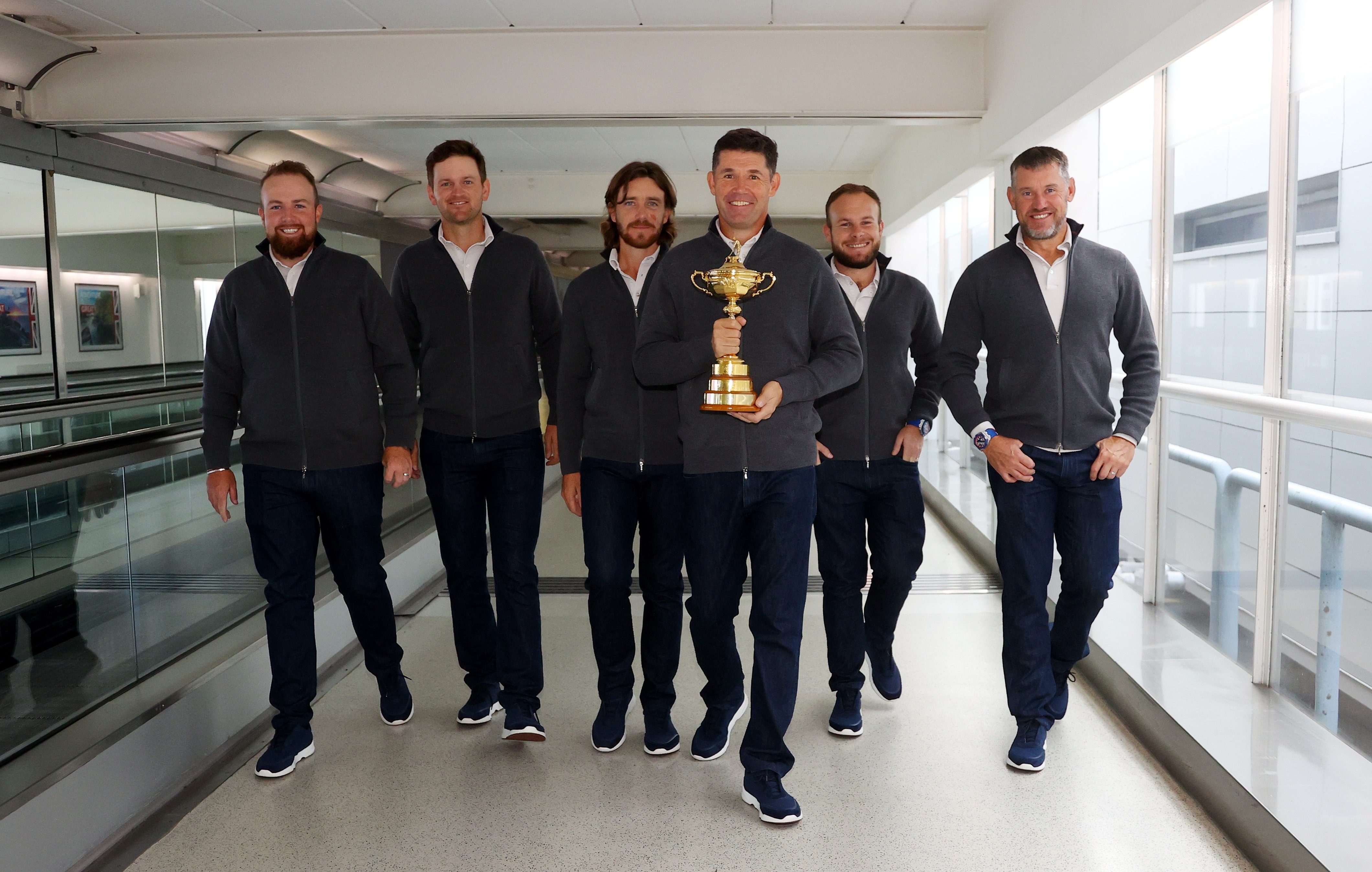 The European team will be hoping to hold onto the Ryder Cup trophy that they claimed three years ago in France.

The coronavirus pandemic delayed the world-famous tournament by a year but it now returns this weekend.

And an excited Ian Poulter tweeted: "I wonder what week it is," followed by a European flag emoji and a trophy.

Westwood also posted a similar message on his Twitter.

The pictures of Team Europe posted on social media are getting golf fans very excited about the return of the sport's flagship event.

One fan said: "What a team 12 awesome players. Ryder Cup Europe plus all the vice captains and Padraig Harrington. Bring it back home again." 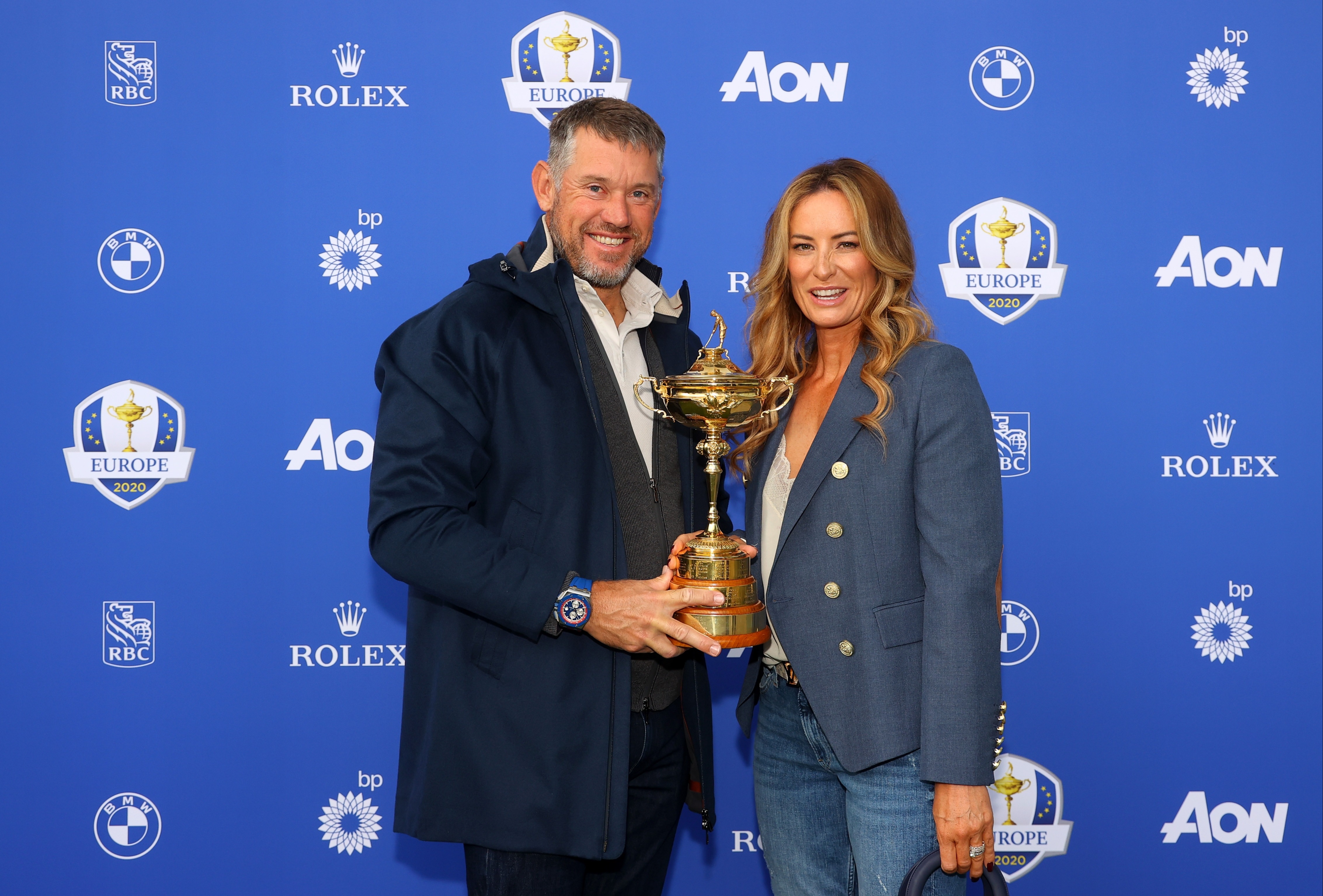 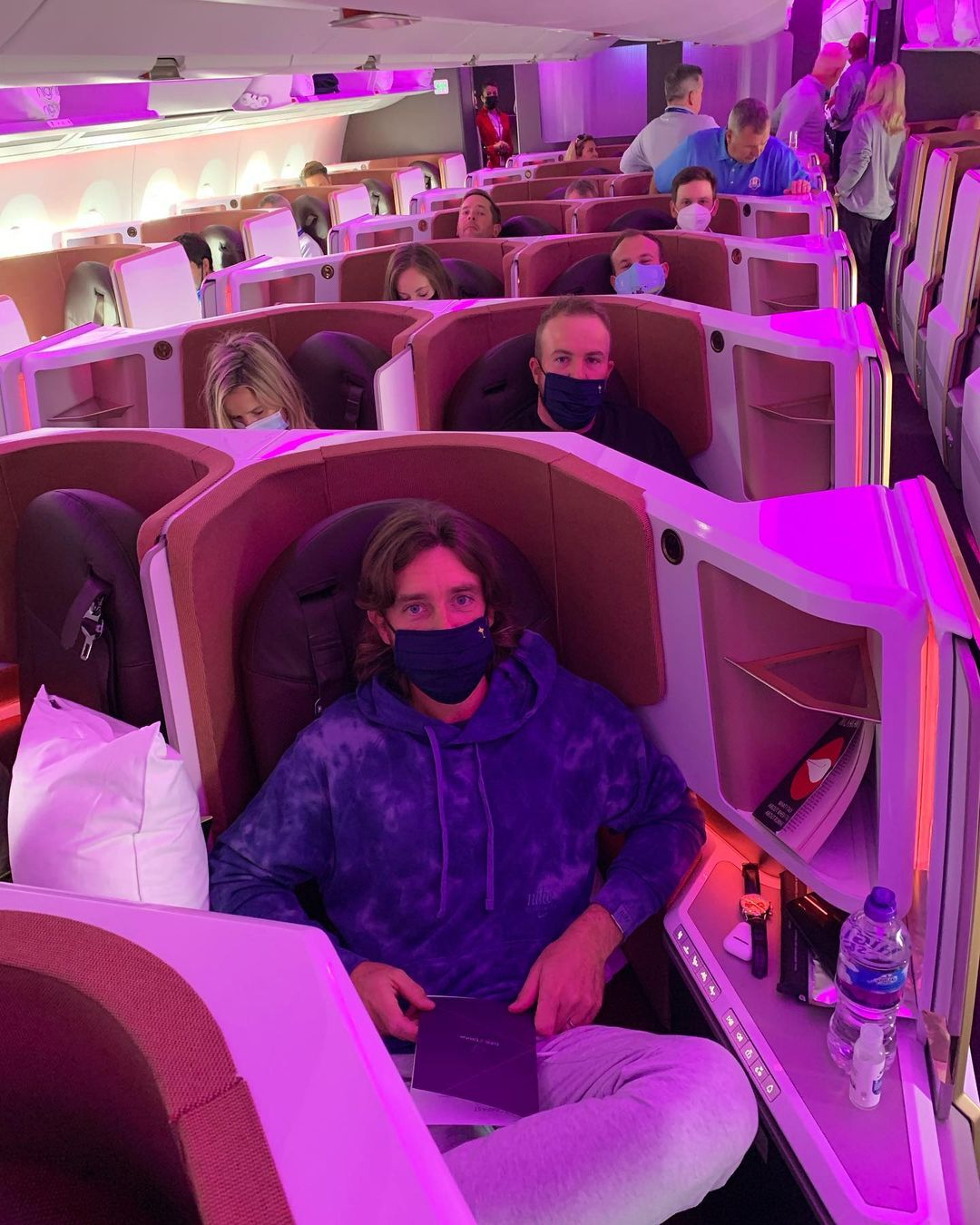 And another added: "Looking forward to the return journey photo… Ryder Cup in hand. Good luck to all the team."

A US supporter even said: "I'm an American, but there is no way I can possibly root against these guys.

"They are everything that is 'right' with golf! Good luck fellas!"

Both the Europe and USA teams have been named for Whistling Straits.

There is no Tiger Woods and no Phil Mickelson for captain Steve Stricker's Team USA.

Meanwhile Europe skipper Harrington has drafted in some in-form debutants for Europe as Francesco Molinari and Justin Rose miss out.