Paris St.-Germain could not, in the end, have sped Tanguy Nianzou along much quicker than it did. He was captain of the club’s under-19 side when he was only 16. He was called up to the first team at 17, training alongside Neymar and Kylian Mbappé and the rest, and soon made his debut. He even started a game in the Champions League.

And still, despite all those opportunities, he left. Nianzou had just turned 18 when, on July 1 last year, he was presented as a Bayern Munich player. P.S.G. did not even have the solace of being able to pocket a premium fee for a player it had nurtured. Nianzou’s contract was expiring. He walked out of his hometown club for nothing.

His departure stung. It stung sufficiently that Leonardo, P.S.G.’s sporting director, was citing it as a sort of parable as recently as February, long before the teams were drawn to meet in the Champions League quarterfinals this week.

“He played with us in the Champions League, and he has spent almost a year at Bayern without playing,” Leonardo said, undeterred by the fact that injuries — not a lack of quality — have limited Nianzou to 21 competitive minutes at Bayern. “The problem is thinking that there is paradise elsewhere. They say that P.S.G. lost a youngster, but sometimes I think it is not P.S.G. who loses, but the youngsters who leave.” 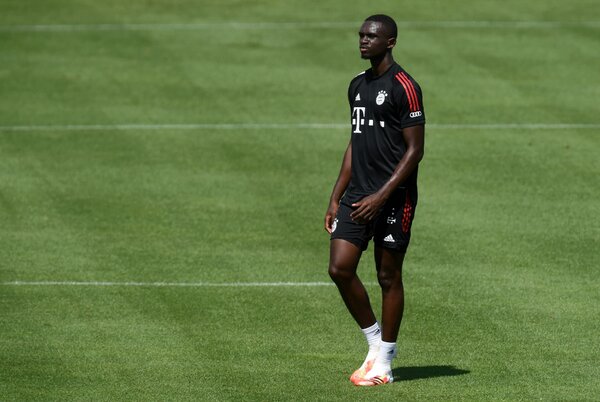 Leonardo’s sensitivity — and his club’s — to Nianzou’s departure is only partially explained by the teenager’s talent. It is also because Nianzou is not the only prodigy P.S.G. has allowed to slip through its fingers. He is not even the only one at Bayern.

Kingsley Coman became the youngest player to play for P.S.G. when he made his debut for the club in February 2013. He was the jewel of the team’s youth system, the standard-bearer for its future. A year later, he left on a free transfer. Last August, he scored the goal that won the Champions League for Bayern, against P.S.G.

There are plenty of others like them. There are 11 players left in this year’s Champions League who either grew up in Paris or spent some time in P.S.G.’s youth academy. Only three play for the reigning French champion: Colin Dagba, Presnel Kimpembe and Mbappé, though of course he had to be restored to his hometown at great expense.

Some of the others — Chelsea’s N’golo Kanté, Manchester City’s Riyad Mahrez and Benjamin Mendy, Borussia Dortmund’s Raphaël Guerreiro — grew up in the sprawling suburbs surrounding Paris but never caught the club’s attention. A few did: Like Coman and Nianzou, Dortmund’s Dan-Axel Zagadou and Real Madrid’s Ferland Mendy spent time at P.S.G.’s academy before leaving to make their names elsewhere.

That would be galling enough; in reality, it is just the tip of the iceberg. Eleven more players born in P.S.G.’s backyard were eliminated from the Champions League in the round of 16, including Christopher Nkunku, Ibrahima Konaté and Nordi Mukiele at RB Leipzig and Jules Koundé of Sevilla.

Dozens more can be found in Ligue 1 and across Europe, from Paul Pogba on down. P.S.G. is sitting on what is generally regarded as the richest gold mine of talent in world soccer, and yet it is allowing prospectors to spirit its treasure away by the truckload. Most of the time it receives nothing in return but the lingering, bitter taste of regret.

It is understandable that Leonardo, for one, should have tried to blame the speculators. Scouts for rival French clubs have long trawled the Paris suburbs looking for the next big thing. In recent years, they have been joined by representatives of German teams and, before Brexit, Premier League clubs hoping to cut out the middleman.

“The German clubs, mainly Bayern, Leipzig and Dortmund, attack young people and threaten French development,” Leonardo told Le Parisien this year. “They call parents, friends, family, the player himself, even with players under the age of 16. They turn their heads. Perhaps the rules should be changed to protect the French teams.”

The problem, though, is not one that can be legislated away. Given the number of players emerging from Paris, it is unavoidable that P.S.G. should miss some of them, as it did with Kanté and Mahrez. What should concern Leonardo more is that — as Michael Zorc, Dortmund’s technical director, said — so many young players “see better permeability and greater potential for developing” away from P.S.G.

A decade ago, when Qatar Sports Investments first invested in the French capital’s flagship club, it vowed not simply to acquire success; Nasser al-Khelaifi, the club’s president, spoke of wanting to find the next Lionel Messi, rather than buy the original. The owners put their money where their mouth was, investing tens of millions of dollars on the club’s youth system.

But as P.S.G. has found in its pursuit of the Champions League trophy, the formula for success is rarely quite that simple. The club’s academy is regularly assessed as one of the best in France. In many ways, the amount of players it has produced for other teams is proof of its eye for talent and the quality of its coaching.

All of that is irrelevant, though, if the leap from the academy to playing alongside Neymar and Mbappé is too great. It is here that P.S.G. has failed.

What the stories of Coman and Nianzou and so many of the others have in common is that they made it to P.S.G., and all the way through the academy, only to find their path blocked at the last step: by a coach whose job was to focus on today; by an expensively acquired superstar brought in to win trophies; by a club moving too quickly to wait for youngsters to learn their trade.

On one level, the loss of all that talent has delivered P.S.G. only a glancing blow. It has still established, with only one exception so far, an effective monopoly on the Ligue 1 title. It has made it to a Champions League final. It can call on some of the world’s finest players. Would Ferland Mendy or Guerreiro or Koundé have made much of a difference? Possibly not.

But on another, more fundamental level, the impact has been considerable. Qatar has poured considerable time and resources into not only P.S.G. but French soccer as a whole, bankrolling the transformation of the club through Qatar Sports Investments at the same time it was effectively underwriting the league through broadcast deals with the Qatari broadcaster beIN Sports.

It has always had a clear idea in its head of what it wanted P.S.G. to be — winner of the Champions League, mainly — but, 10 years since it arrived, it is not yet obvious that it knows how to get there. Coaches have come and gone, all of them different: the coaching superstar, the canny tactician, the pressing zealot, the former captain.

The squad has a patchwork quality that suggests muddled thinking. Is it built around Neymar or Mbappé? Where do Moise Kean and Mauro Icardi fit in? Can any of these players do what the manager at the moment, Mauricio Pochettino, is likely to want them to do? Did they really suit Thomas Tuchel last season? P.S.G. is now, as it has been for a decade, a team in search of an identity.

Yet the easiest, most authentic identity has been at its fingertips all along: that of a team built around a Parisian core, young and dynamic and rooted to its location. Jürgen Klopp, the Liverpool manager, has spoken before about his ideal team being one that could compete for honors while being drawn exclusively from its own city. The pool of talent there, as almost everywhere else, renders that idea utopian. Everywhere, that is, except Paris.

P.S.G. has failed to claim that birthright. As recently as 2018, coaches at teams in the banlieues expressed surprise at how disconnected the city’s biggest club was from the young players on its doorstep. Perhaps that can be blamed on conceit, a sense that Parisian prospects would always want to play for a Parisian team.

Or perhaps it is representative of a broader failing at the club, one that places more weight on what Paris is seen to be than what the city actually is. In 2016, when P.S.G. revamped its stadium, it commissioned the architect Tom Sheehan to “breathe the identity of Paris into the Parc itself.” He drew a parallel between the new V.I.P. entrance at the stadium and the foyer of the Palais Garnier, the opera house.

It is that tourist perception of Paris that Q.S.I. hoped would become the team’s identity: the celebrities in the stands, a soccer team as a glamorous boutique nightclub. But that is only one side of Paris. It has not engaged quite so willingly with the other side of Paris, the one that is found in the banlieues, the one that is not quite so easy to sell.

Still, the talent keeps coming through. The club holds out great hope, in particular, for a 15-year-old central defender named el Chadaille Bitshiabu. French law prohibits him from signing a professional contract until he turns 16, on May 16, but all of the coaches who have worked with him are convinced he can make it. They can only hope it is with P.S.G.