Euro 2020 qualifiers, LIVE: Latest scores and updates from France vs Iceland, Portugal vs Serbia,and the rest of the action as it happens

The qualifying action for Euro 2020 continues on Monday night with Portugal and France among the six matches taking place across the evening.

European champions Portugal stuttered to a 0-0 draw on Friday and will look to get back to winning ways at home to Serbia, while France will aim to build on a 4-1 victory at Moldova when they host Iceland.

The six evening games get underway from 7.45pm GMT so follow all the action with Sportsmail as it happens.

A corner is cleared into the path of the right-back who sends a swerving first-time strike just wide from 30 yards.

59 mins: Sterling cuts the ball back to Barkley who finishes with aplomb from the centre of the box.

48 mins: Better from Iceland as Bjarnason picks it up outside the box and drills a low effort at the left-hand side of goal that forces Lloris into a diving save.

All six games are back in action.

The whistle has blown for half-time in all six games.

44 mins: Tadic should restore his team’s lead but manages to blast over the bar from close range.

40 mins: Viktor Tsyhankov levels with a neat finish from the right-hand side of the box.

Danilo Pereira draws Portugal level with an absolute rocket from 30 yards. I highly doubt we’re getting a better goal than that tonight. 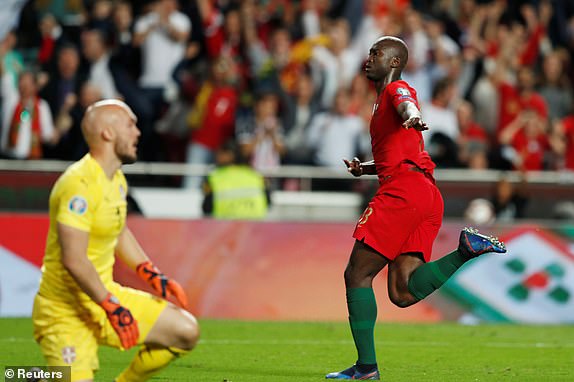 38 mins: Sousa heads Silva’s cross over the bar under intense pressure from Milenkovic.

34 mins: David Turpel taps in from close range to give the home side the lead.

Hudson-Odoi’s strike is turned into the net by Ross Barkley.

Ronaldo pulls up with what looks to be a hamstring injury after attempting to catch up with an over-hit through ball. He signals for the substitution straight away and Pizzi takes his place. 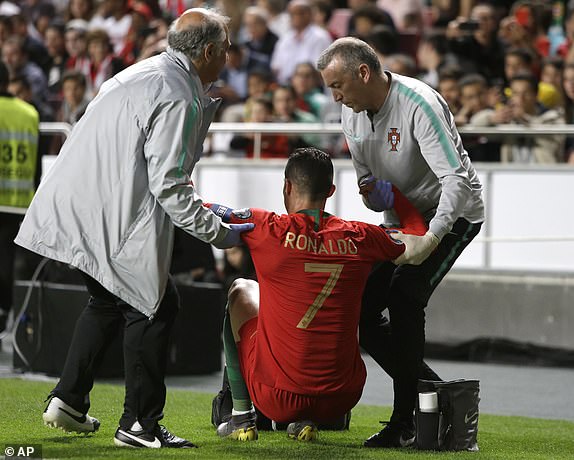 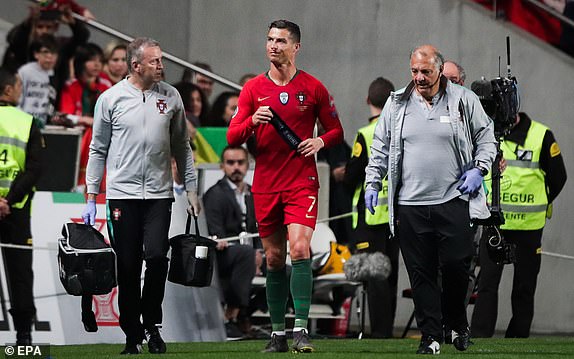 The PSG star glides past Magnusson on the right-hand side of the box before dragging his low strike just wide of far post.

23 mins: Portugal continuing to ask questions. Ronaldo is blocked by a great challenge as he meets a cross with a volley.

21 mins: Armando Sadiku capitalises on an awful mistake from goalkeeper Josep Gomes to give his side the lead.

17 mins: Shock for England as Montenegro take the lead with their first chance of the game, Marko Vesovic scoring with a lovely finish at the end of a break.

17 mins: France almost double their lead but Iceland stopper Hannes Thor Halidorsson makes a stunning save to tip Olivier Giroud’s header over the bar. Dminant start from the hosts.

15 mins: Another fine save by Dimitrovic keeps Serbia ahead.

Pereira’s pass is deflected into the path of Rafa in the box who snatches at the ball and sees his low effort tipped just wide. Ronaldo attempts to rally the crowd.

12 mins: Mbappe’s brilliant cross from the left is met by Umtiti, who guides a deft header in off the far post. 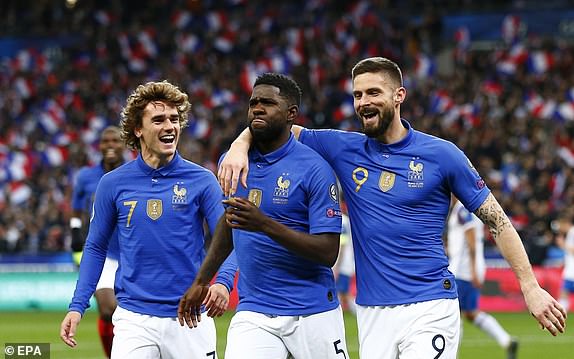 9 mins: Ronaldo almost equalises straight away but his powerful effort from 20 yards is tipped just wide by keeper Dmitrovic. Great strike, great save.

The former Southampton man makes no mistake, sending the keeper the wrong way. 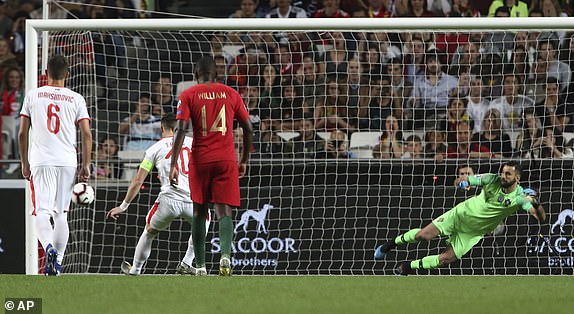 6 mins: Tadic puts Gacinovic through on goal and he’s fouled by goalkeeper Rui Patricio. The referee immediately points to the spot.

7 mins: Worrying moment for Didier Deschamps as Mbappe stays down after a tussle with Magnusson.

The forward receives some treatment off the pitch but is OK to continue.

6 mins: The European champions should be ahead.

Serbia fail to deal with a cross from the right and the ball falls to William Carvalho, who side-foots wide from eight yards. Bad miss.

4 mins: Les Blues have dominated in the early stages but are yet to carve out a clear chance. Similar story in Portugal.

The night’s six games are underway!

We’ll be focusing on France vs Iceland and Portugal vs Serbia but will keep you up to date with the goals in the other games. 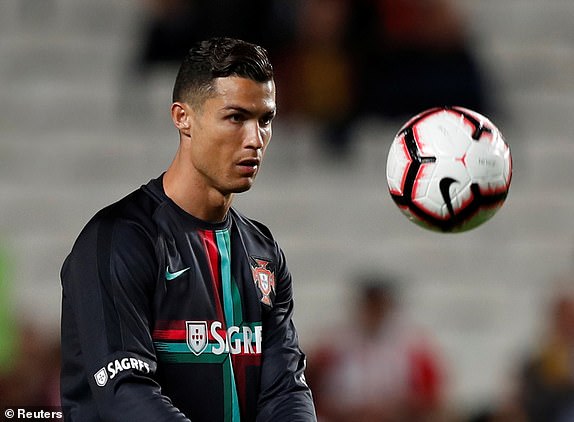 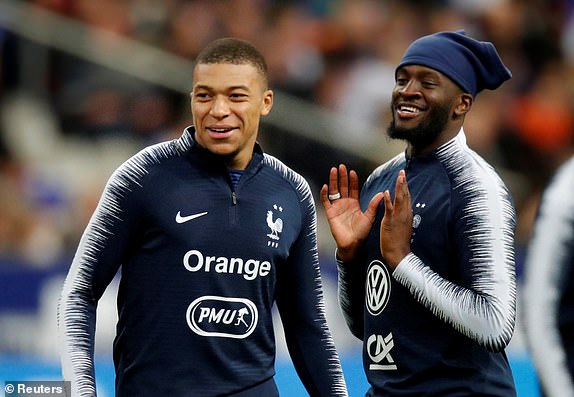 In the three groups in action tonight…

Not long now until the night’s six games get underway.

Stay here to keep up to date with:

A brace from Everton’s Cenk Tosun helped Turkey make it two wins from two to go top of Group H in the game’s early kick-off.

Here’s how Portugal’s opponents line up…

Here’s how France’s opponents will line up…. 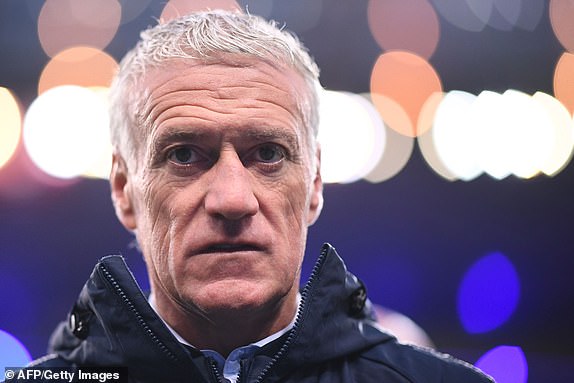 England aren’t the only nation continuing their Euro 2020 qualifying campaign tonight with five other games also kicking off at 7.45pm.

If you are using the app, please click here to view today’s live blog