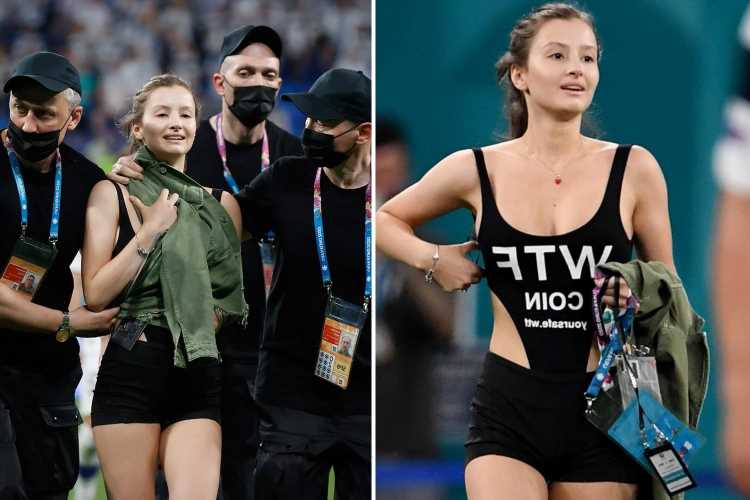 A woman ran onto the pitch wearing a T-shirt saying WTF Coin. 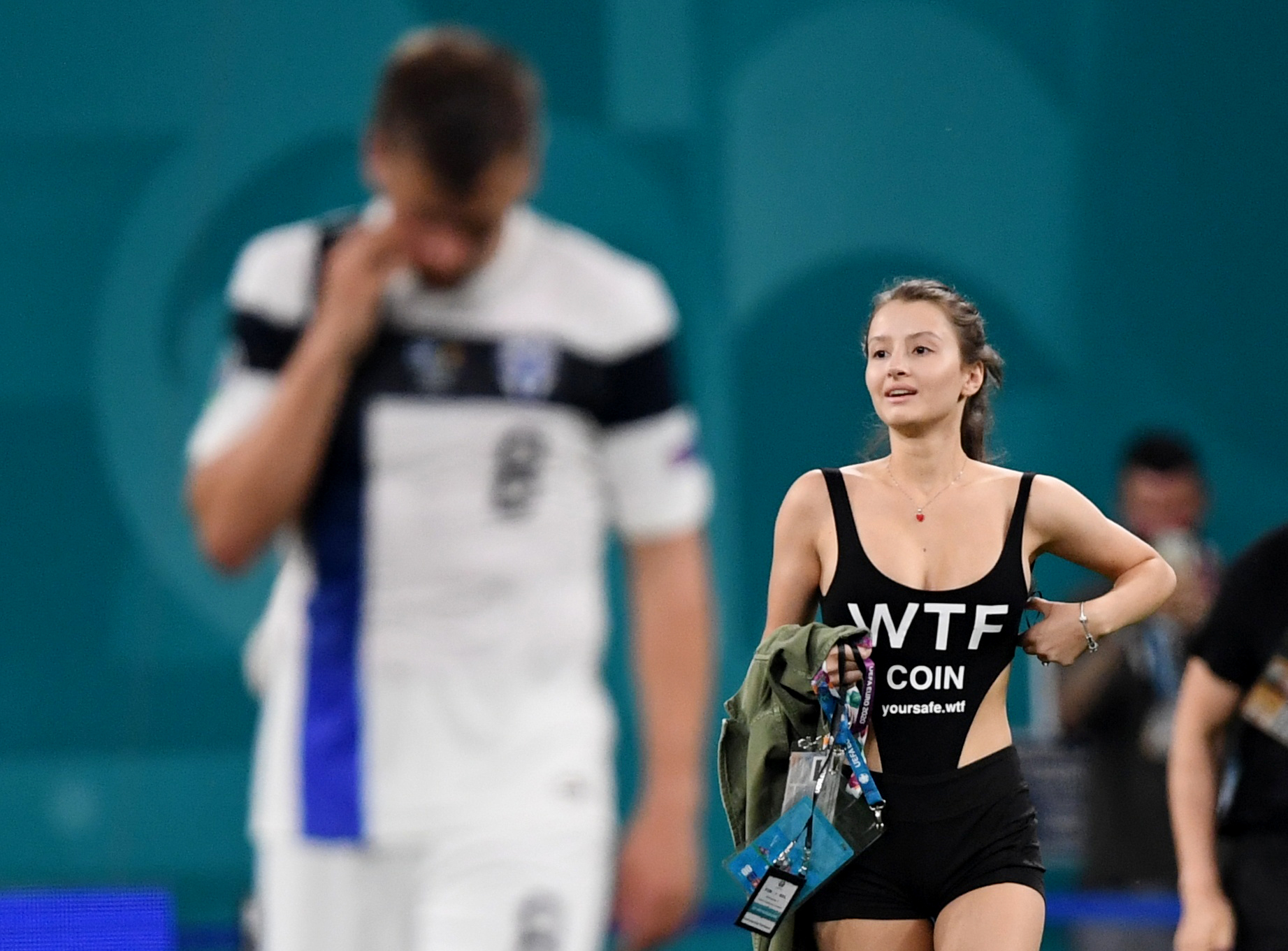 She almost made it to the halfway line in the group stage battle.

But the woman was then apprehended by security.

The invader’s black top included a link to a website for a Bitcoin rival called WTF Coin.

A number of digital currencies have sprung up over the years with people able to trade on them just like the stock exchange.

However, the incident didn't detract from the quality of football on show.

Belgium finished top of their group by beating the Fins 2-0.

The game was 0-0 before a dramatic final 15 minutes.

Finland goalie Lukas Hradecky committed a brutal own-goal to give Belgium the lead.

Romelu Lukaku then sealed the win for Roberto Martinez's men with a fearsome effort in the 81st minute.

There was a pitch invader in the other group game between Russia and Denmark.

A man wearing a Russia shirt made it onto the pitch, but he too was quickly taken down by security.