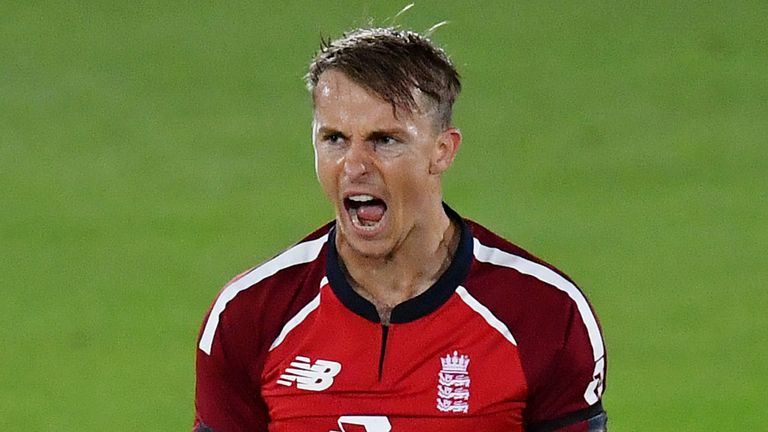 Eoin Morgan hailed his “courageous” and “threatening” bowlers for “bailing out” the batsmen as England completed a stunning comeback to beat Australia by two runs in the first T20I.

However, leg-spinner Adil Rashid dismissed Steve Smith (18) and Glenn Maxwell in the same over, before pace aces Jofra Archer and Mark Wood removed David Warner (58) and Alex Carey (1) respectively and “leaders” Chris Jordan and Tom Curran held their nerve at the death.

Jordan conceded only four runs from the penultimate over and also ran out Ashton Agar (4), while Curran limited Australia to 12 from the final over, when the tourists needed 15 – Aaron Finch’s team ending on 160-6 after losing five wickets for 24 runs and hitting one boundary in the last six overs. 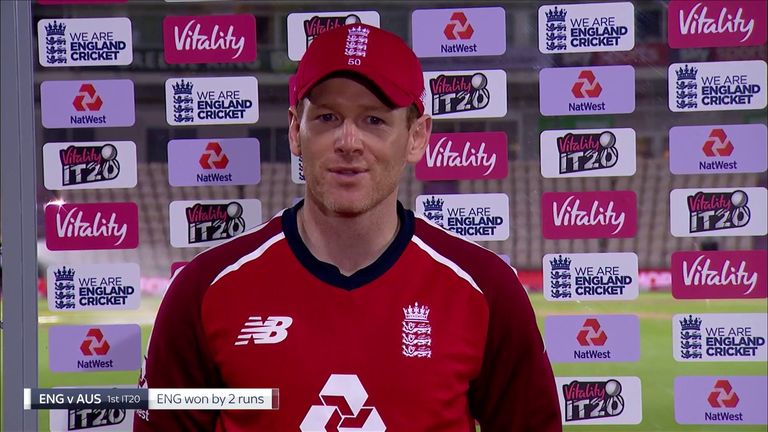 “We didn’t bat particularly well – Dawid and Jos did – but we should have got more runs and our bowlers bailed us out,” said Morgan, whose side now lead the three-match series 1-0.

“The guys showed belief and courage to try something and take wickets. That was displayed in the last six overs when we held our length, which was the hardest to it.

“A couple of years ago I think we would have given in to bowling yorkers and slower balls and that would have got Australia back into the game.

“We have talked as a side about making inroads and when we do we have threats to take two or three at a time. 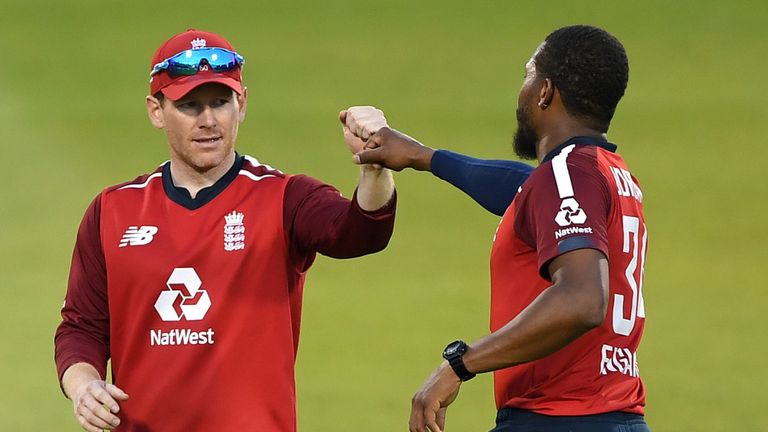 “Our pace bowlers and Adil pose that threat and it’s probably particularly difficult to come in and face them straight away.”

Jordan and Curran kept their heads with Australia requiring 19 from 12 balls and Morgan was quick to praise his death-bowling duo.

“It was similar in the winter when Tom and Chris led the attack and took on responsibility in New Zealand and South Africa,” added Morgan. 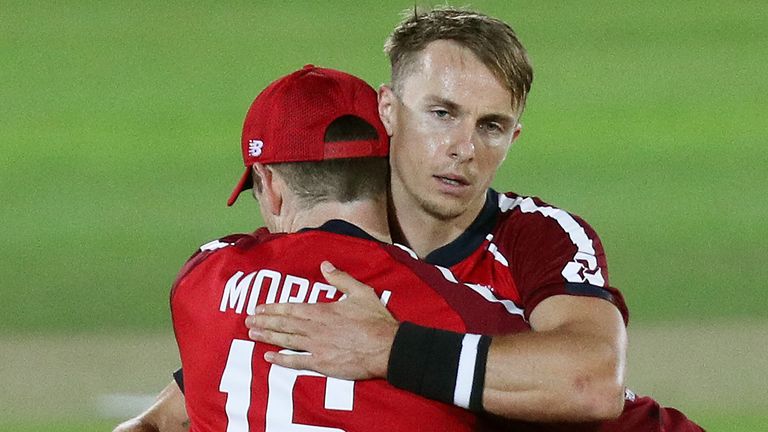 “It’s quite a weight of responsibility [bowling at the death] but they see it as an opportunity to take the team forward and they do it very, very well.

“[With Chris], it’s the cool, calm nature in the way he goes about things. We have shown a lot of faith in him because he’s earned it. He’s been one of our greatest ever T20 bowlers.

“To have someone like that, who is calm, even when he’s not bowling and continues to offer on and off the field, he sets a great example to younger guys coming through.

“Given he is only recently back from [bicep] surgery, he’s done a great job.”

On Buttler’s superb 29-ball innings and the team’s subsequent batting struggles, Morgan added: “Jos continues to impress the whole time and if anything he made the pitch look flatter than it was. He was the standout batsman in both innings and cleared the boundary with ease.