STEVE BORTHWICK believes England must aim high this World Cup and inspire a generation back home.

The Red Rose squad are training at the same base where boss Eddie Jones and assistant Borthwick hatched the plan for one of sport's biggest shocks four years ago. 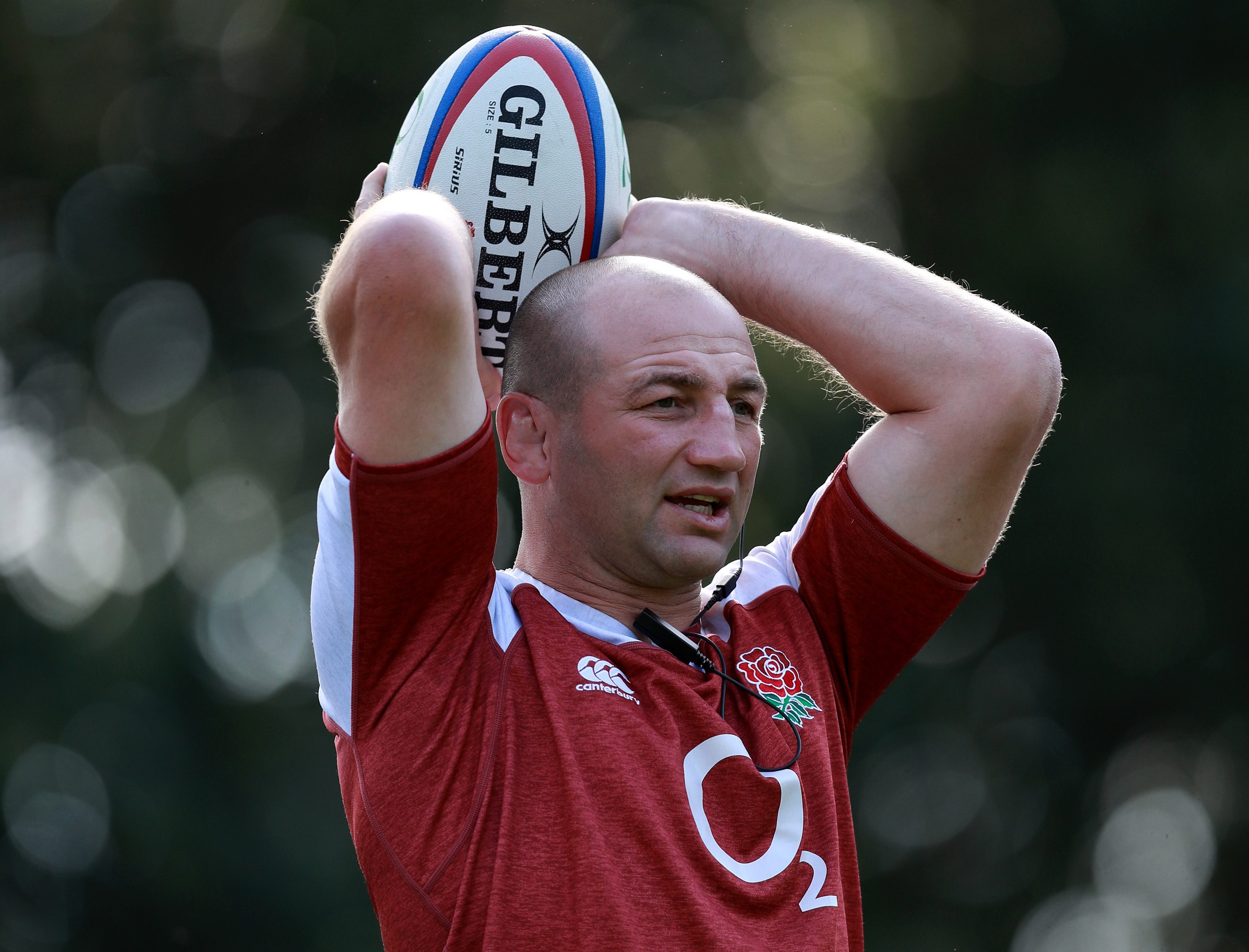 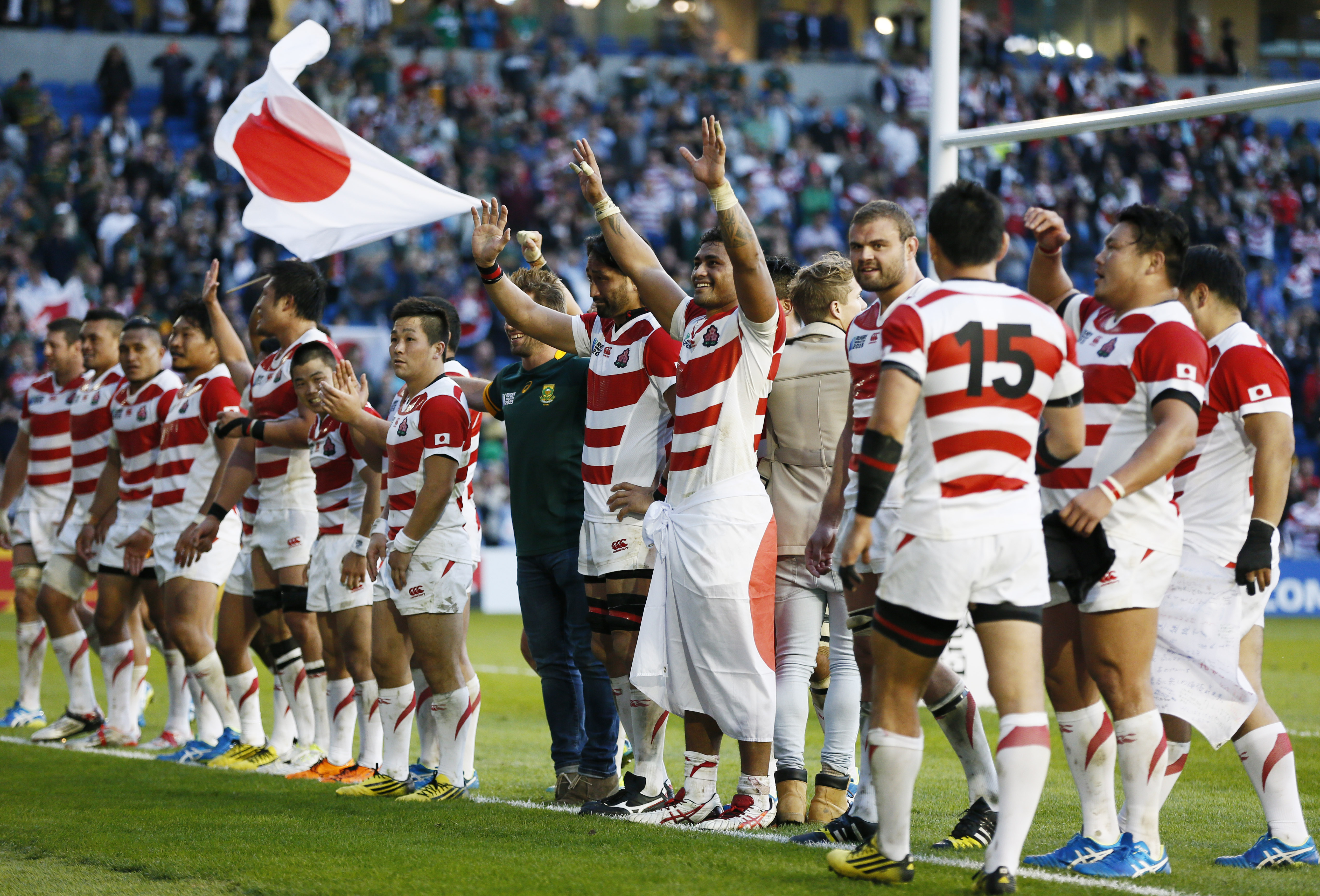 Miyazaki will always be magical for the coaching duo, as it was on the Island of Kyushu they masterminded Japan's assault on the 2015 tournament and the slaying of South Africa.

As the film in their honour was being premiered in Tokyo, England's backs were getting dressed into traditional costume for a lesson in the Japanese martial art of Kyudu at Miyazaki High School.

And while England's archers, including centres Jonathan Joseph and Manu Tuilagi, lined up their targets, Borthwick revealed his own ahead of their first game against Tonga a week on Sunday.

Borthwick said: "Kids back in England are saying this is their dream and we have an opportunity to inspire.

"I was 14 when I said, 'I want to play rugby for England'. As a kid I would just dream of it. Our players would all have had the same dream of playing for England."

Ex-England skipper Borthwick, looking to win hearts and minds off the pitch in a way Japan did four years ago, addressed the 1,000-plus teenagers in Japanese.

"He said: ‘We can’t win the World Cup, Japan aren’t a good enough team, but we can be the team of the World Cup.

Use this Word Cup as Launch-pad – says Joe

From Jonny Fordham in Miyazaki

JOE LAUNCHBURY has warned his team-mates not to let this World Cup pass them by.

England begin their trophy hunt against Tonga a week on Sunday in Sapporo.

They then fly down to Kobe to prepare for the USA on Thursday, September 26.

The Red Rose's 2015 tournament lasted just 15 days before becoming the first ever hosts to not qualify for the knockout stages.

And second-row Launchbury said: "We have talked about how quickly the tournament will go.

"You spend such a long time building towards it. We have two games in four days and that is half the pool done already.

"Although we want to keep getting better as the tournament goes on, we need to start really well.

"But we are regularly competing hard against the best teams in the world. I don't think we go into the competition with any fear."

"We can inspire a nation, we can make people want to play rugby in this country, we can create a new history for Japanese rugby’.

"Did that team create a new history? Did they inspire people? I think everything I have seen when I have been out here since says: ‘Yes’.

"They were team of the World Cup and were a lot of people’s second favourite team." 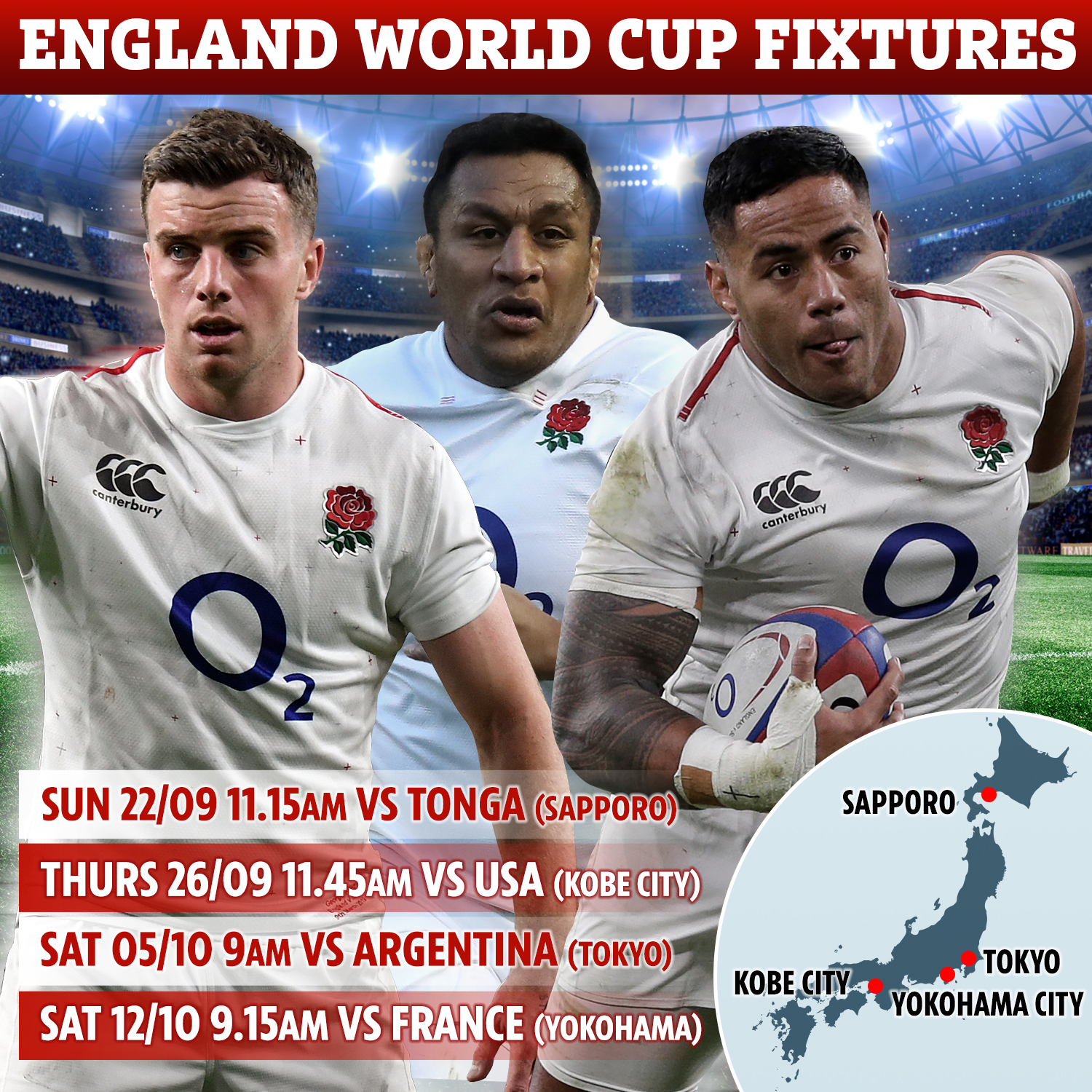