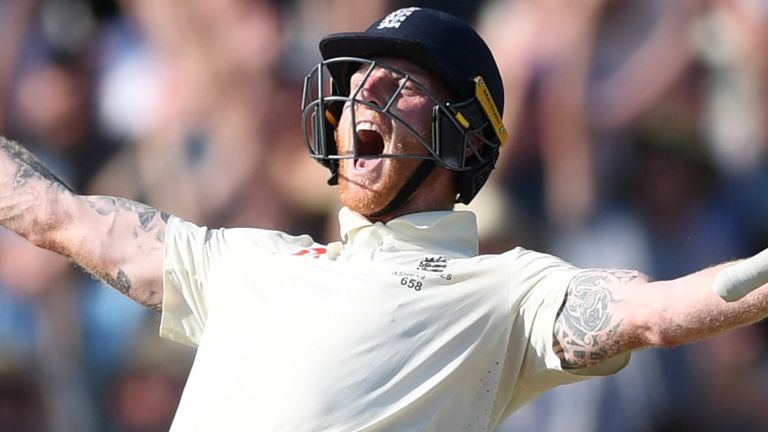 Ben Stokes wrote his name into Ashes folklore with an astonishing century as England levelled the series with a historic one-wicket win at Headingley, writes Sam Drury at Headingley.

SCORECARD | AS IT HAPPENED 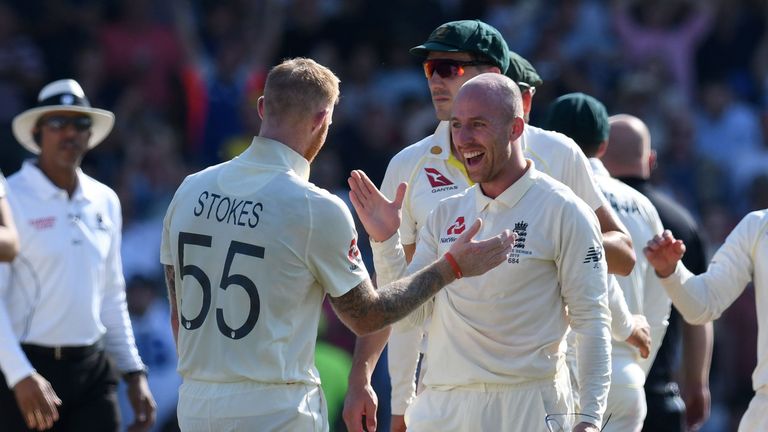 Stokes finished unbeaten on 135 as England recorded their highest successful chase of 359 in one of the most remarkable finishes to a match ever seen in Test cricket to level up the series at 1-1.

The all-rounder scored all but one run in a last-wicket stand of 76 with Jack Leach and thumped the winning runs through the covers to spark wild celebrations among a crowd at Leeds, who could scarcely believe what they had just seen.

Stats of the Day

England completed their highest run chase and the 10th-best in Test history. Australia feature three times in the top nine, including when they made 404-3 against England at Leeds in 1948.

England create history by chasing down their highest target in the longest format of the game. Leeds the only venue to feature twice on this list, previous instance – AUS v ENG in 1948. #Ashes pic.twitter.com/93T9swwOu8

Only four teams have ever been dismissed for less than 67 and gone on to win a Test, the most recent before Sunday being 131 years ago when Australia beat England at Lord’s in 1888 after being skittled for 60 in their first innings.

Nathan Lyon became Australia’s third-highest wicket-taker in Tests when he had Joe Root caught, the spinner moving above Dennis Lillee and onto 356 scalps and latterly 357 when he also accounted for Jofra Archer, placing him behind only Shane Warne (708) and Glenn McGrath (563).

Moment of the Day

A series of them as England got nearer and nearer their target. Australia burned their final review when they wanted Leach lbw from a Pat Cummins delivery that pitched outside the line of leg stump and that proved costly when Lyon rapped Stokes on the pad. The on-field umpire gave not out but DRS showed the delivery would have nailed middle and leg. Lyon should have ended the game a delivery earlier but fumbled a routine run-out chance. Shortly after, Stokes settled it with a boundary. 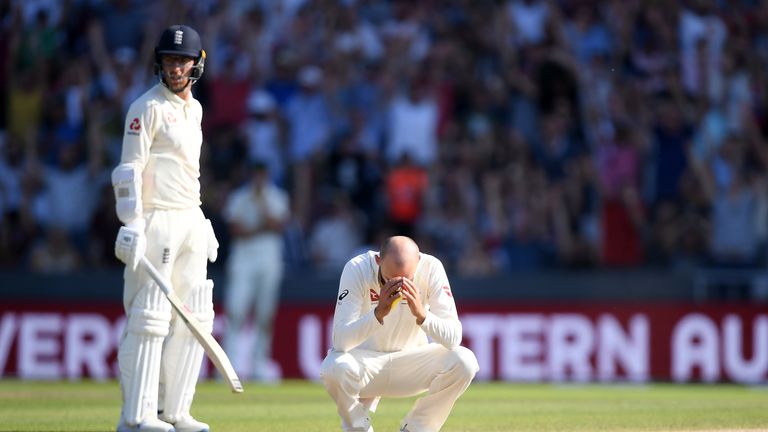 Did Australia waste the new ball? With Root out to Lyon off the old one, the Baggy Greens had a slow-scoring Stokes and a just-in Bairstow at the crease when they took the fresh cherry after 80.2 overs with England 166-4. Yet, the runs began to flow and after 90 overs the hosts had raced to 228 at over six runs per over.

Hazlewood was guilty of over-pitching, while Cummins and Pattinson dropped too short on occasion as the boundary was peppered. The momentum really swung. “Australia looked frustrated, tried a little bit too hard, and lost some of their consistency, which meant there were a few more four balls that released the pressure,” said Shane Warne. 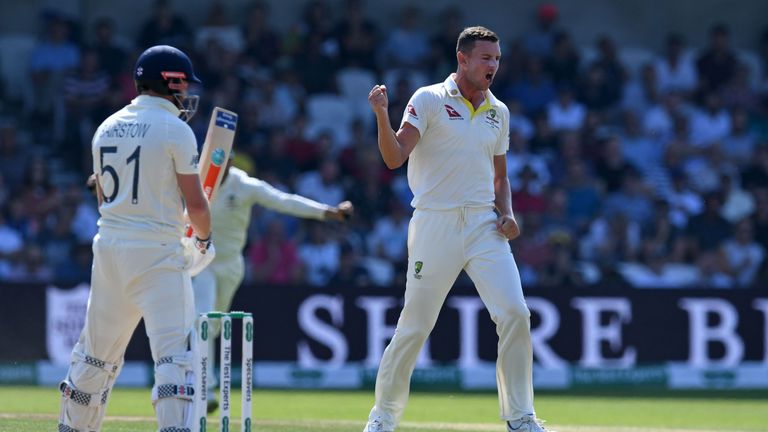 That appeared to matter little when five wickets fell for 41 runs after lunch and England were nine down and still needed 73 runs but then it became Stokes’ domain. Just imagine if the Aussies had winkled him out with the new ball…

Sky Sports’ Nasser Hussain: “That was unbelievable from Stokes. What struck me was that he never seems to know when to give up. He is exhausted; he’s done the World Cup, he bowled a superb spell yesterday; he must be so tired. So to have the clarity of thought that he did when you are so tired and under so much pressure is superb. He took the right decision at the right time – every time.”

England captain Joe Root: “To try and sum up Stokes’ innings in words is impossible. He has got previous and he has got that in the bank, he had to call upon all that but to stay as calm and collected as he did in the moment took a great amount of skill, courage and belief in his own ability. It is a fabulous marker for everyone. I am still trying to get my head around everything, it was just amazing.” 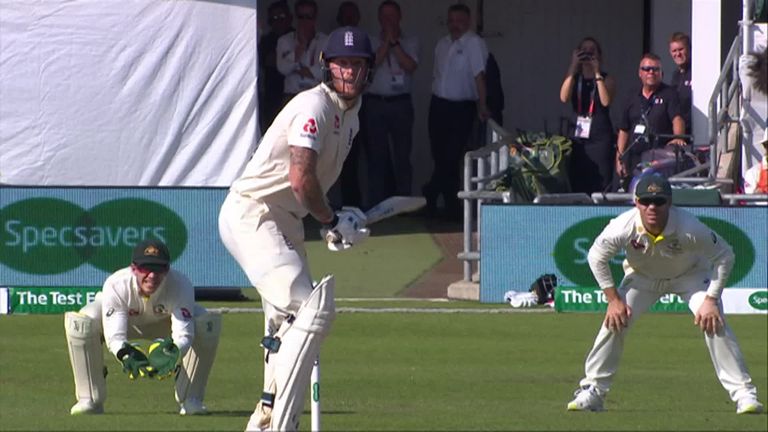 Sky Sports’ Sir Ian Botham: “I’ve banged the Stokes drum for a long time now and I know when other players see him they think there is something special about him. He is very very valuable to cricket not just England, he will sell the game worldwide. He should enjoy every moment. It was a really remarkable performance.”

Sky Sports’ Shane Warne: “Stokes is one of those guys who you want in the trenches with you; he’s one of the guys who train harder than I’ve ever seen anyone train. He’s an amazing cricketer and special talent.”

Sky Sports’ Mike Atherton: “On this ground, great English innings in recent years, you’re thinking Botham in 1981, Gooch in 1991, Butcher 2001 and Stokes has to top all those. Australia, Ashes at stake, England were dead and buried. This has to be one of the greatest Test innings. It was a combination of all sorts of things, craft, skill, versatility and most of all an ‘over my dead body’ attitude and without which you are not a great player.”