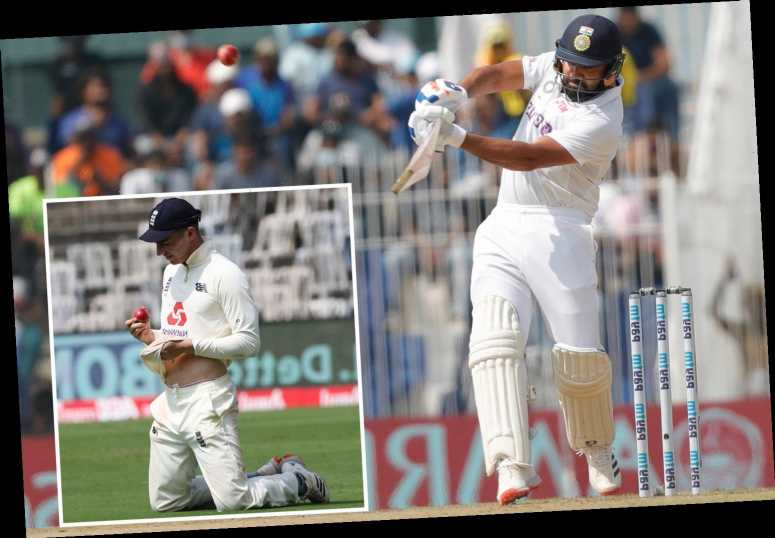 ROHIT SHARMA played a magnificent, dominating innings of 161 as England’s bowlers toiled on day one of the Second Test.

After Virat Kohli was bowled for a duck by Moeen Ali – and had to be virtually dragged from the field – Rohit swept the game away from England. 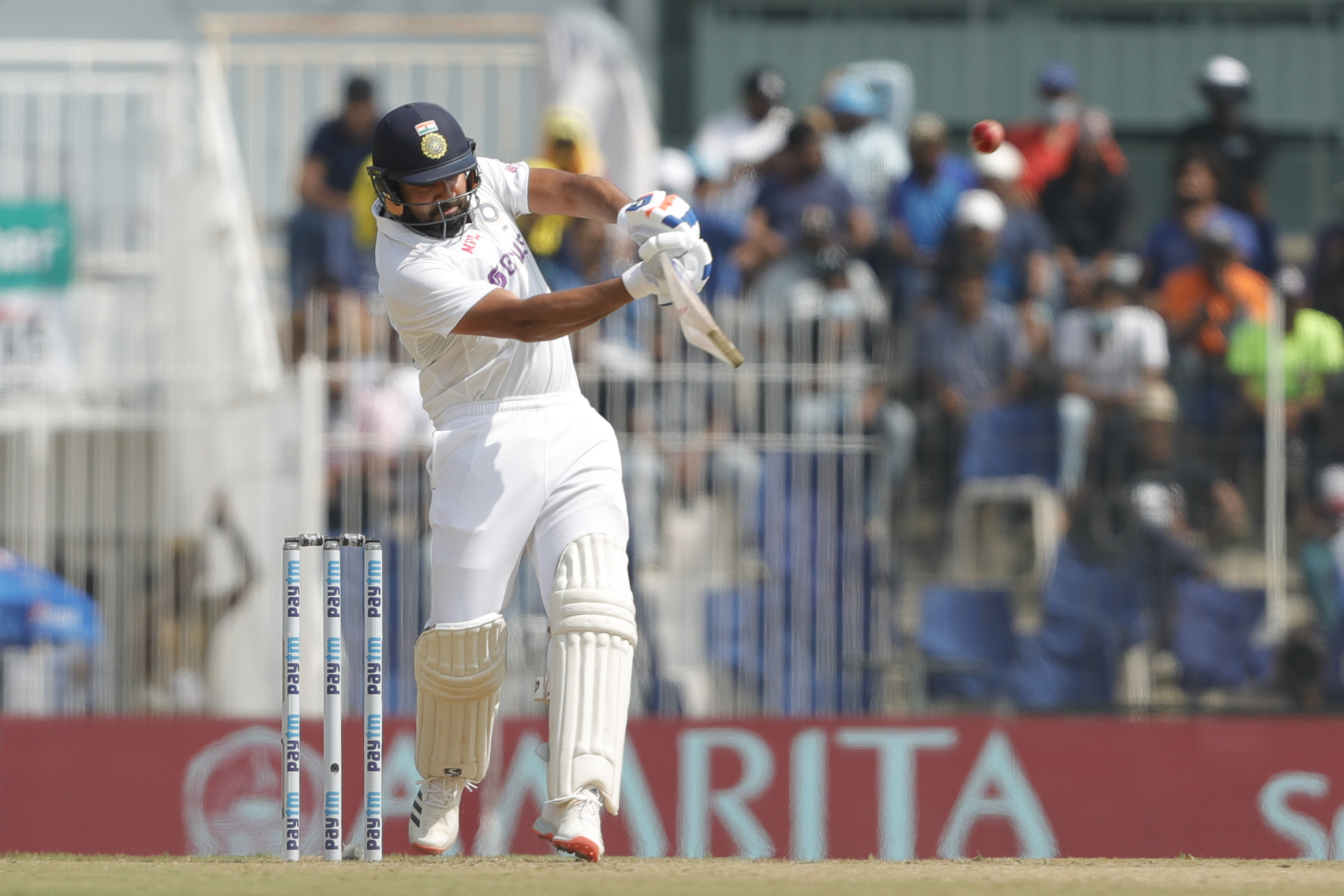 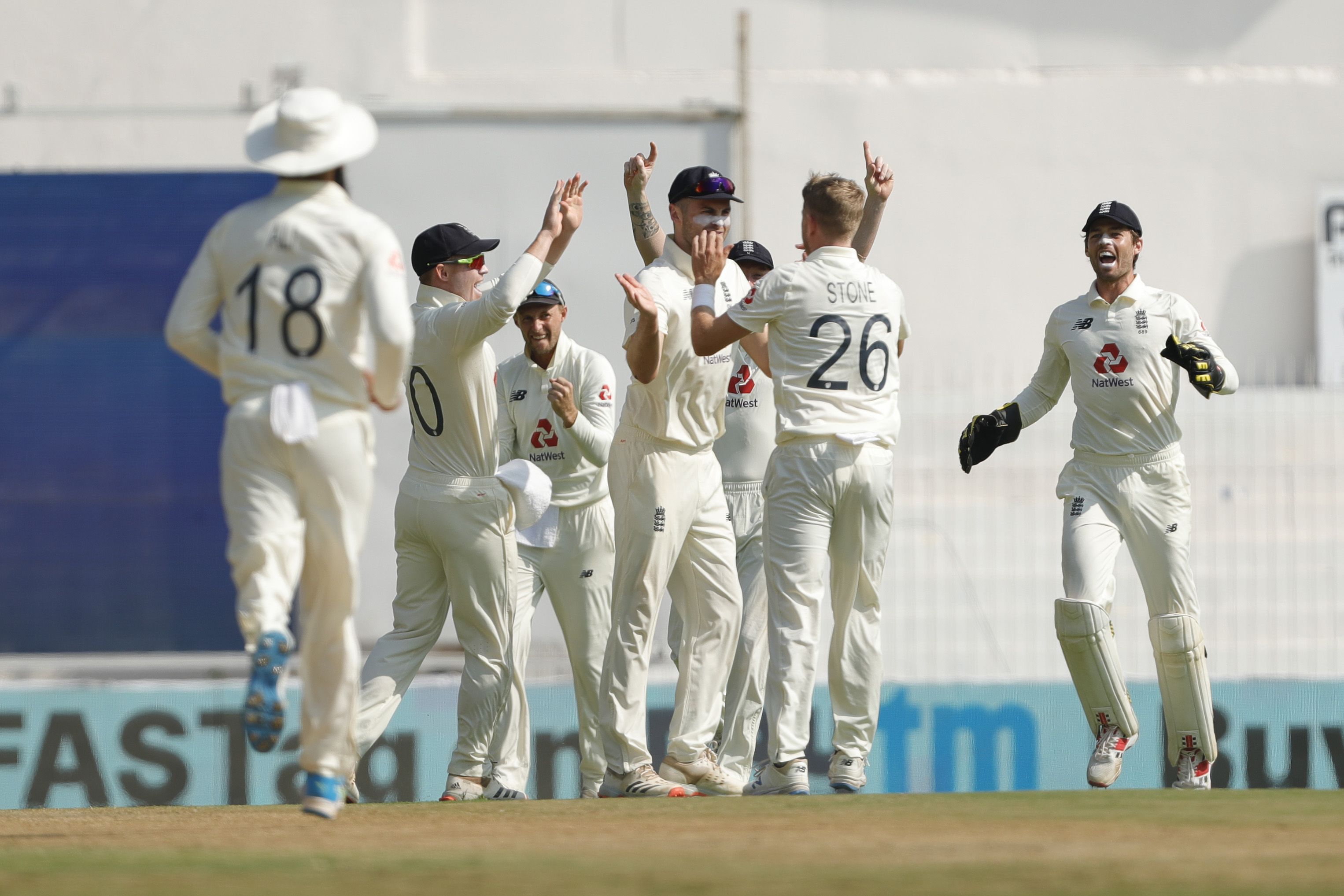 He was finally caught on the boundary but he and Ajinkya Rahane put on 162 for the fourth wicket and India were in control.

India finished with 300-6 and, with the pitch already offering spin and expected to deteriorate, Joe Root and his team already appear to face a mammoth effort to avoid defeat.

But the day was not without controversy after one dubious decision by the third umpire and another that was pure incompetence.

Sharma had made 159 when Ben Foakes, playing his first Test for two years because Jos Buttler has gone home, whipped off the bails. Reviews showed Sharma’s back foot on the line with little evidence of any part of his boot behind the line.

Curiously, there were no pictures of the ‘reverse angle’ showing the stumping appeal from the other side.

Perhaps it was fair enough for third umpire Anil Chaudhary to give Sharma the benefit of the doubt – and he was out soon afterwards having added just two more runs.

But Chaudhary must have had a brain fade a few minutes later. England reviewed a short leg catch when Rahane had scored 66, believing the ball brushed the batsman’s glove after striking the pad.

Unbelievably, Chaudhary stopped the review when it showed the ball did not hit Rahane’s bat before hitting the pad. That’s not what England were appealing for.

Thankfully for England, Rahane was bowled for 67 aiming a sweep at Moeen in the next over. England lost a review – but it was reinstated a few minutes later. An acknowledgment of Chaudhary’s error, perhaps.

Rohit is one of the world’s all-time best one-day batsmen and has an incredible 29 centuries in 50-over cricket.

But this was only his seventh Test hundred and all of them have been scored in India.

After making just six and 12 in the First Test – and dropping an absolute dolly catch – Rohit was under plenty of pressure.

England preferred Olly Stone ahead of Chris Woakes to take the place of the injured Jofra Archer.

It was their fourth change from the win in the First Test – with Jimmy Anderson (rested), Buttler (rested) and Dom Bess (dropped) giving way to Stuart Broad, Foakes and Moeen.

And Stone took a wicket with his third ball when opener Shubman Gill offered no shot and was lbw. 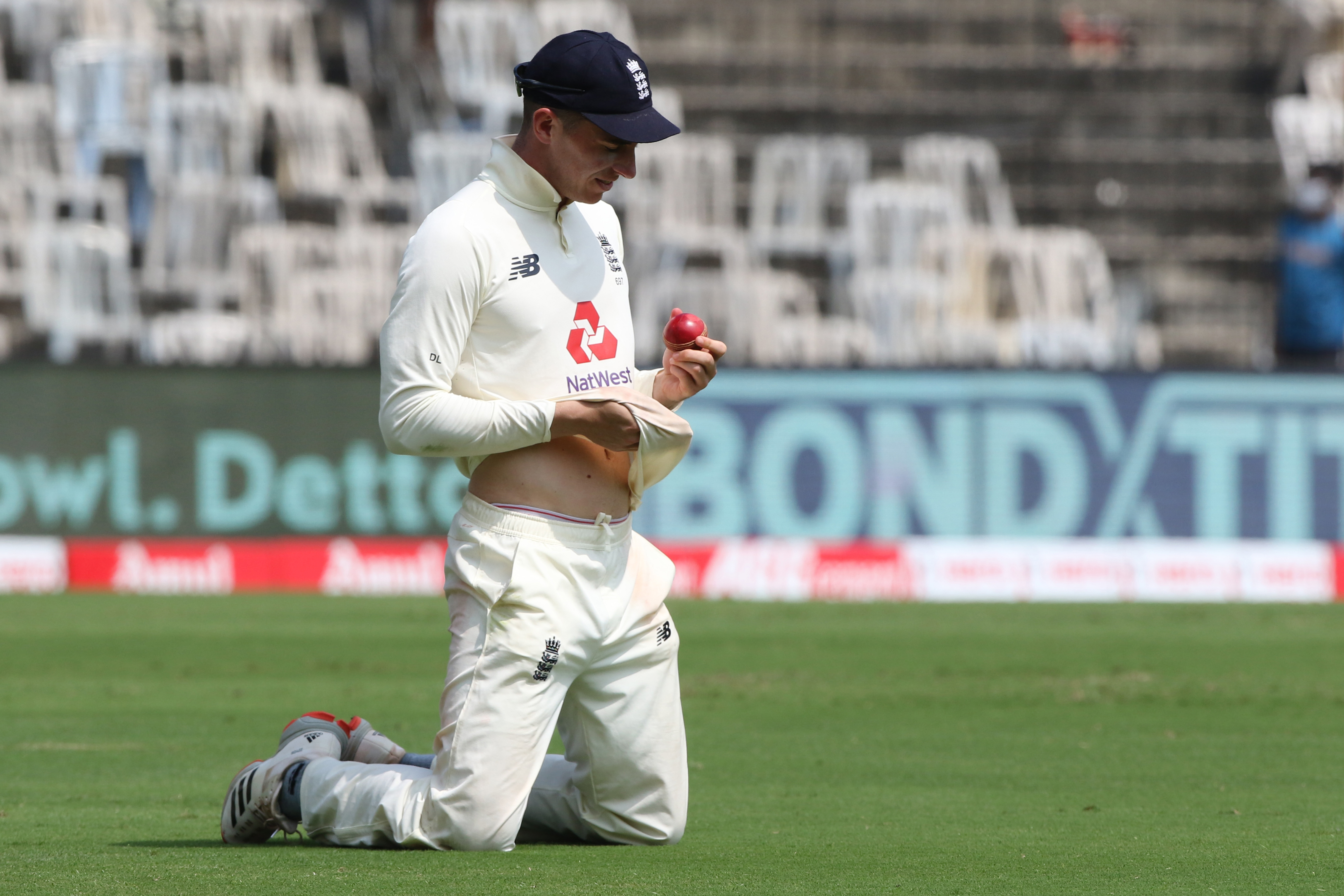 And Moeen produced an absolute ripper that turned sharply through the gate as Kohli aimed a cover drive. Kohli was so nonplussed that he stood his ground – and it took a review to make him understand that he had been bowled.

As former England batsman Mark Butcher said on the TV commentary, it looked as though Kohli was “doing a W.G.Grace.”

Grace was the famous, hugely-bearded Victorian figure who thought spectators had turned up to watch him bat, rather than a bowler get him out. He once calmly replaced the bails and carried on batting.

Kohli was out for a duck and the crowd of around 15,000 – most of whom did not appear to be wearing masks or social distancing – were stunned into silence.

It was a great moment for Moeen but he was unable to maintain control – which was one of the reasons Bess was dropped.

Moeen conceded runs at almost five an over for much of the day and his economy rate at the close was still a worrying 4.31.

After their controversial escapes, Rohit and Rahane were dismissed in quick succession and Ravichandran Ashwin jabbed a catch to short leg.

Rishabh Pant, who has already hit one six into the crowd, was given out caught behind off Moeen on 22. But DRS showed the ball brushed his pocket, not his bat.