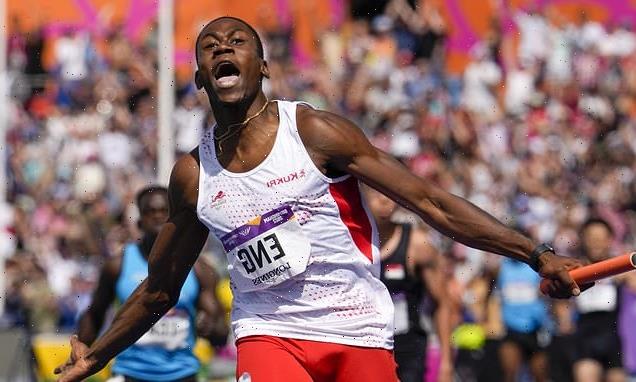 England have logged their first gold medal on the athletics track of the Commonwealth Games after successfully defending their 4x100m men’s relay title.

Edoburun carried the baton home to help his team clock a time of 38.35 seconds to beat Trinidad and Tobago, who finished second. 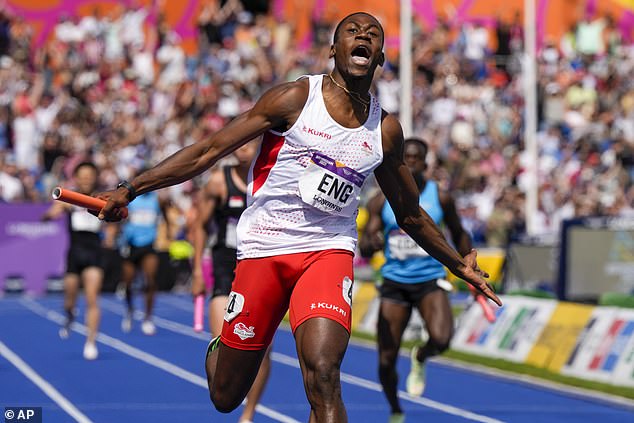 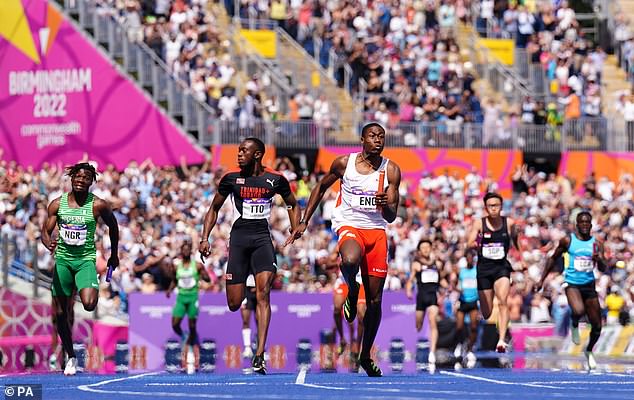 Edoburun had been set up well by the rest of his team as he helped them to a time of 38.35s

A fast start helped get England underway before a nervy change over between Hughes and Mitchell-Blake.

But whilst Kenya dropped the baton, England kept it in hand, but again almost blew their much-backed win after the final handover.

When Mitchell-Blake passed the baton over to Edoburun, he pointed to the crowd to celebrate, almost impeding the Trinidad and Tobago lane and costing his team.

But he was cleared, and the team celebrated their gold with other track athletes following the result. 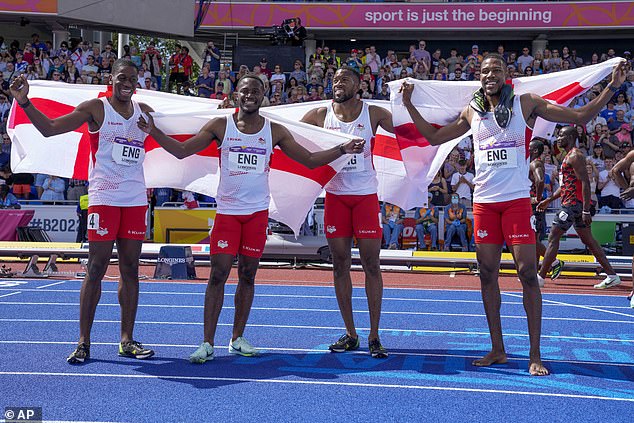 England defended their title with ease, beating Trinidad and Tobago to the gold medal

Speaking to BBC Sport after the race, Efololo said: ‘Honestly it was amazing. I am loving more and more. Second time, second medal. It’s a lot of pressure and you want to do well.’

Hughes added: ‘I was just focusing on getting the job done and I trusted Jona because we have run together. I ran into Nethaneel and once he made up the ground I knew that was it.’

Speaking on the issue with the handover, Mitchell-Blake said: ‘I didn’t hear him calling and he called out three times, I knew we would be in a shot and that’s what we delivered.’