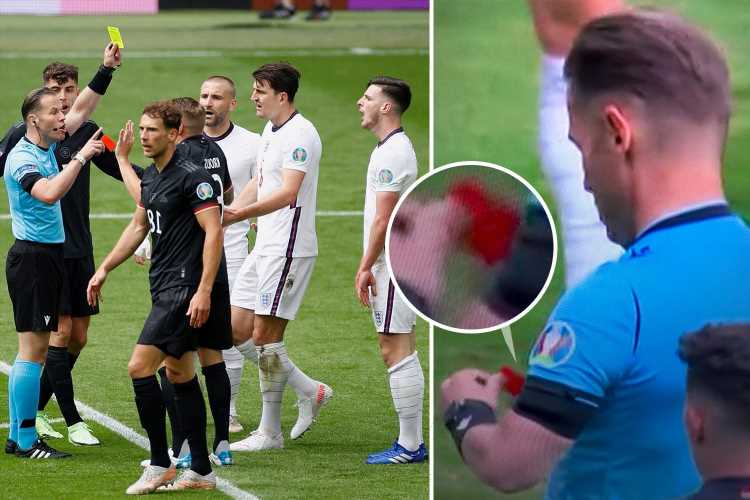 ENGLAND fans were left breathing a huge sigh of relief after momentarily believing Declan Rice had been sent off.

The West Ham midfielder avoided a narrow escape in the eighth minute of the crunch clash with Germany. 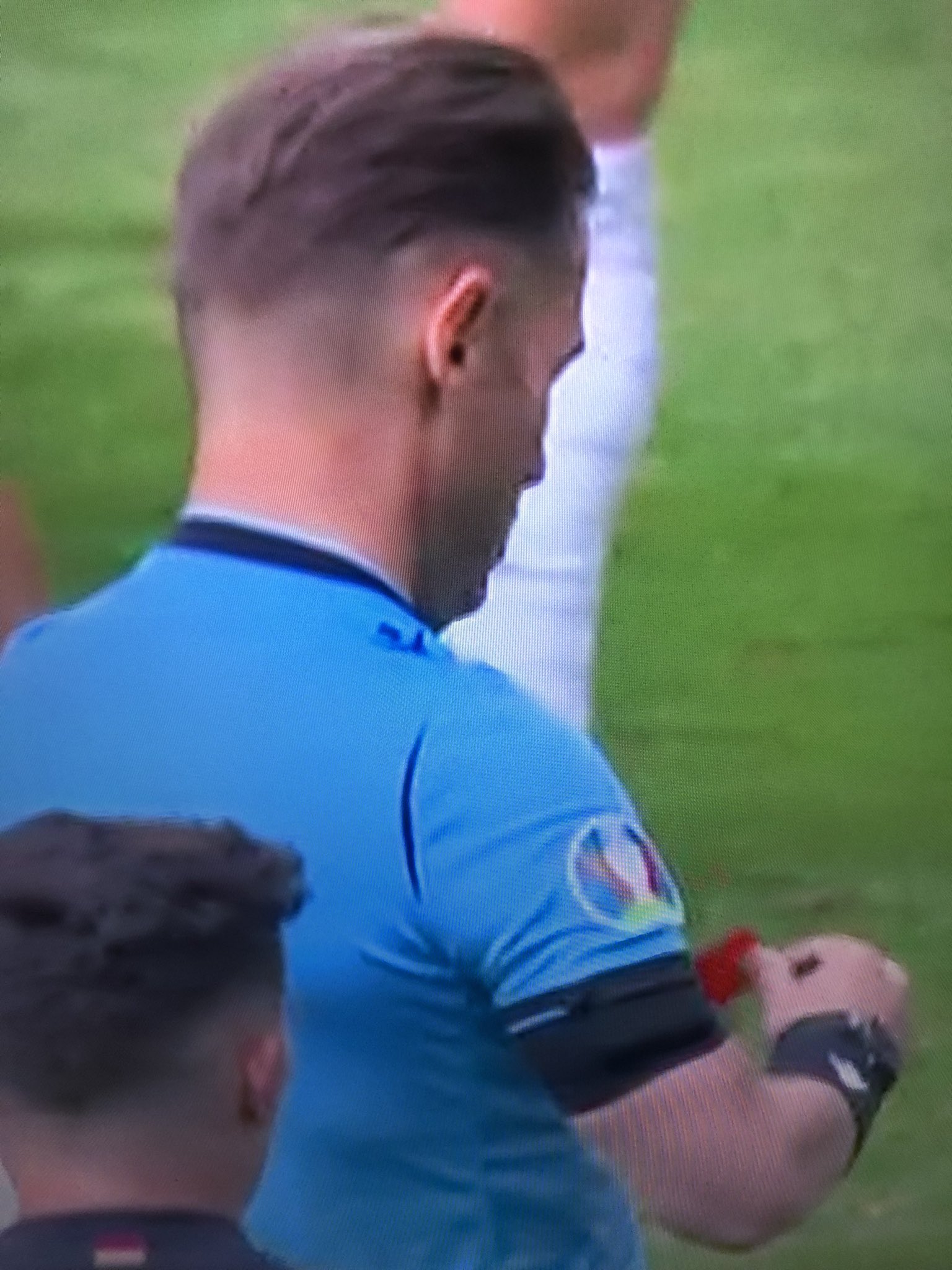 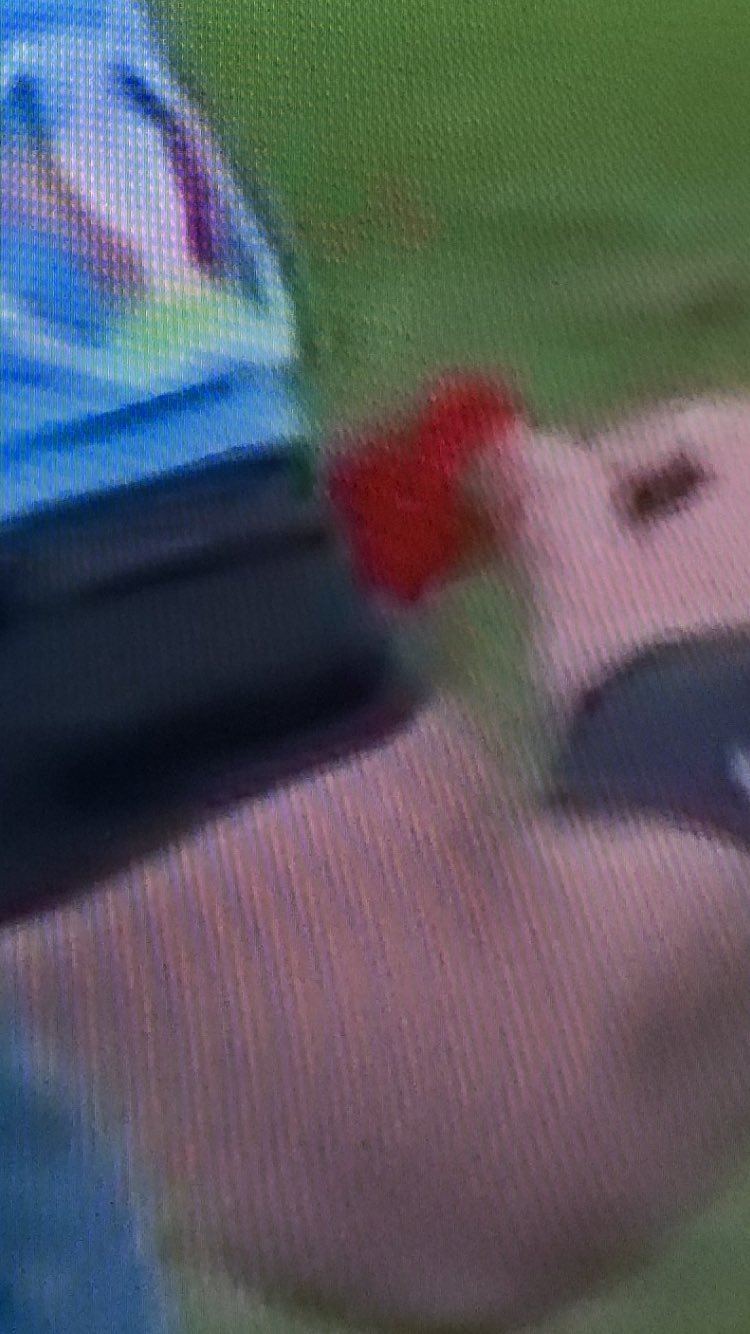 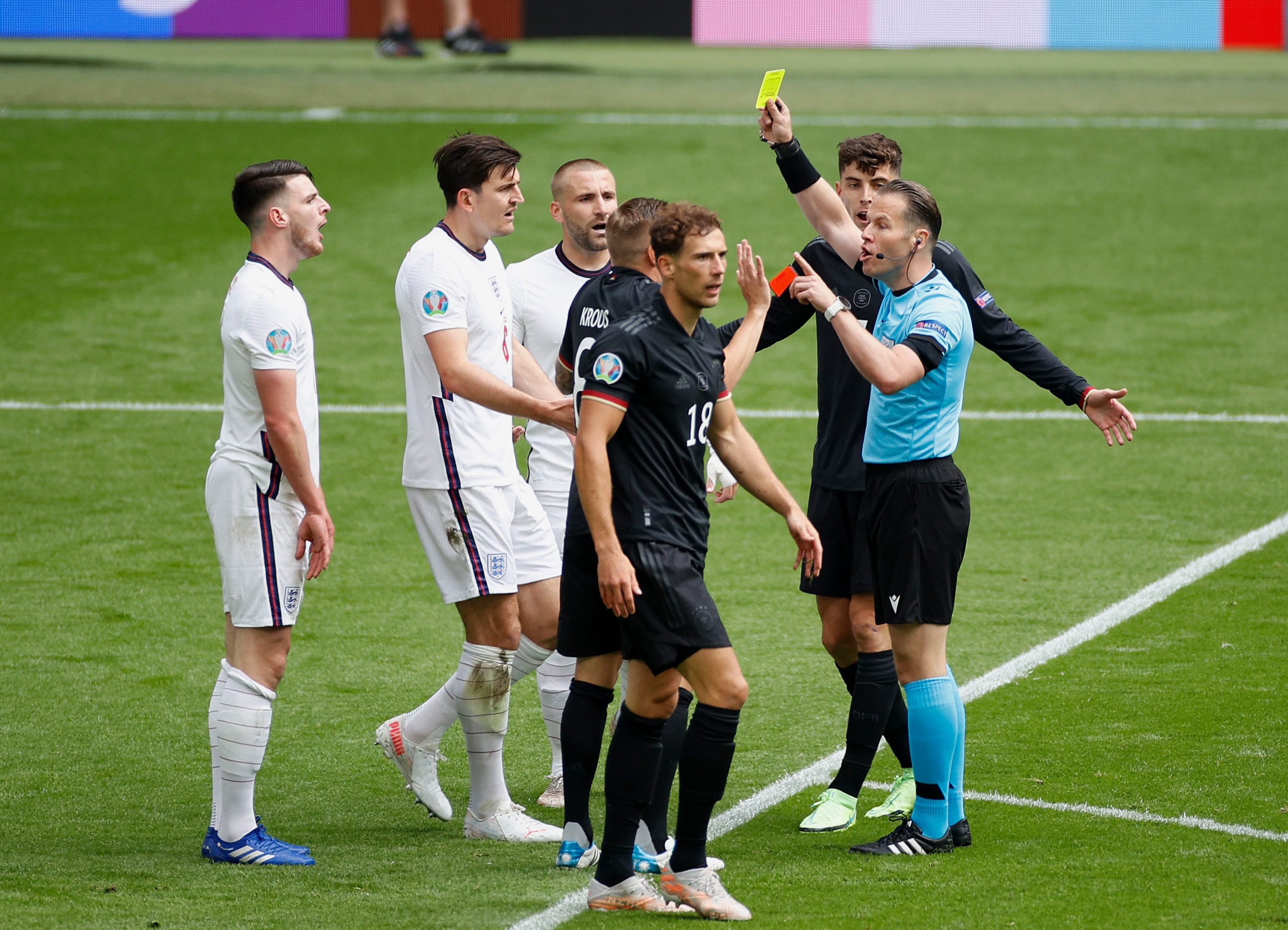 Leon Goretzka was bursting through on goal with Rice desperately attempting to stop him in his tracks.

The 22-year-old then clumsily took down his fellow midfielder right on the edge of the box.

Despite Germany's protests for a straight red, referee Danny Makkelie brandished a yellow much to the relief of supporters inside Wembley.

However some eagle-eyed fans watching from home initally thought Rice had been given his marching orders.

Makkelie appeared to be holding a red card before switching to a yellow.

Another viewer wrote: "They stopped talking quickly about how ref bottled that red for Rice…"

Other England fans believe it is only a matter of time before Rice is sent off. 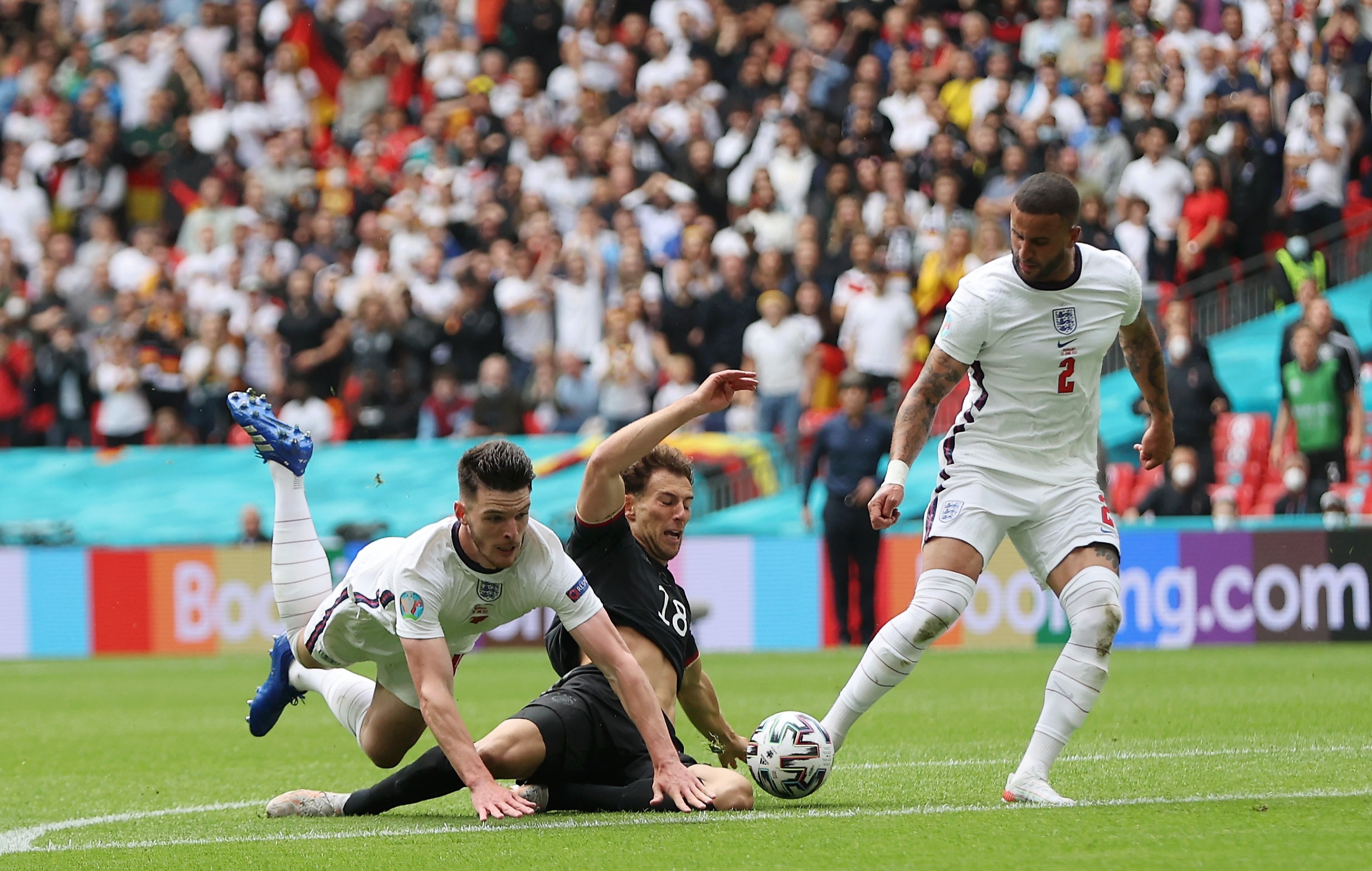 One wrote: "Get Rice off now. Red card waiting to happen."

A third said: "Rice is getting a red card here. Definitely."