DEPENDING on which team you support in Birmingham, Jack Grealish is either a world-class talent or an overrated show pony.

Less extreme views are shared by most football fans in this country over a maverick who, at 25, can no longer be considered as a bright prospect. 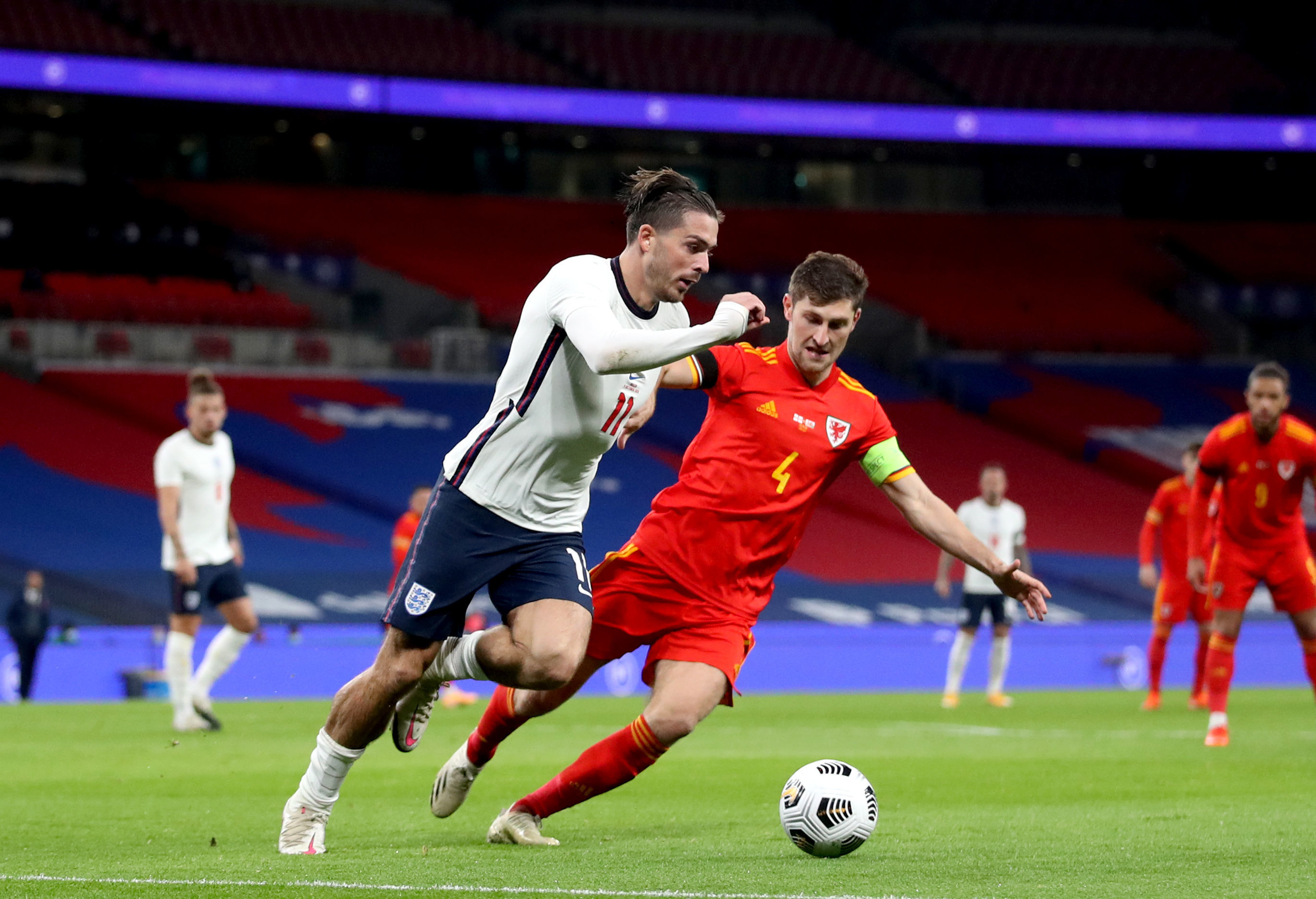 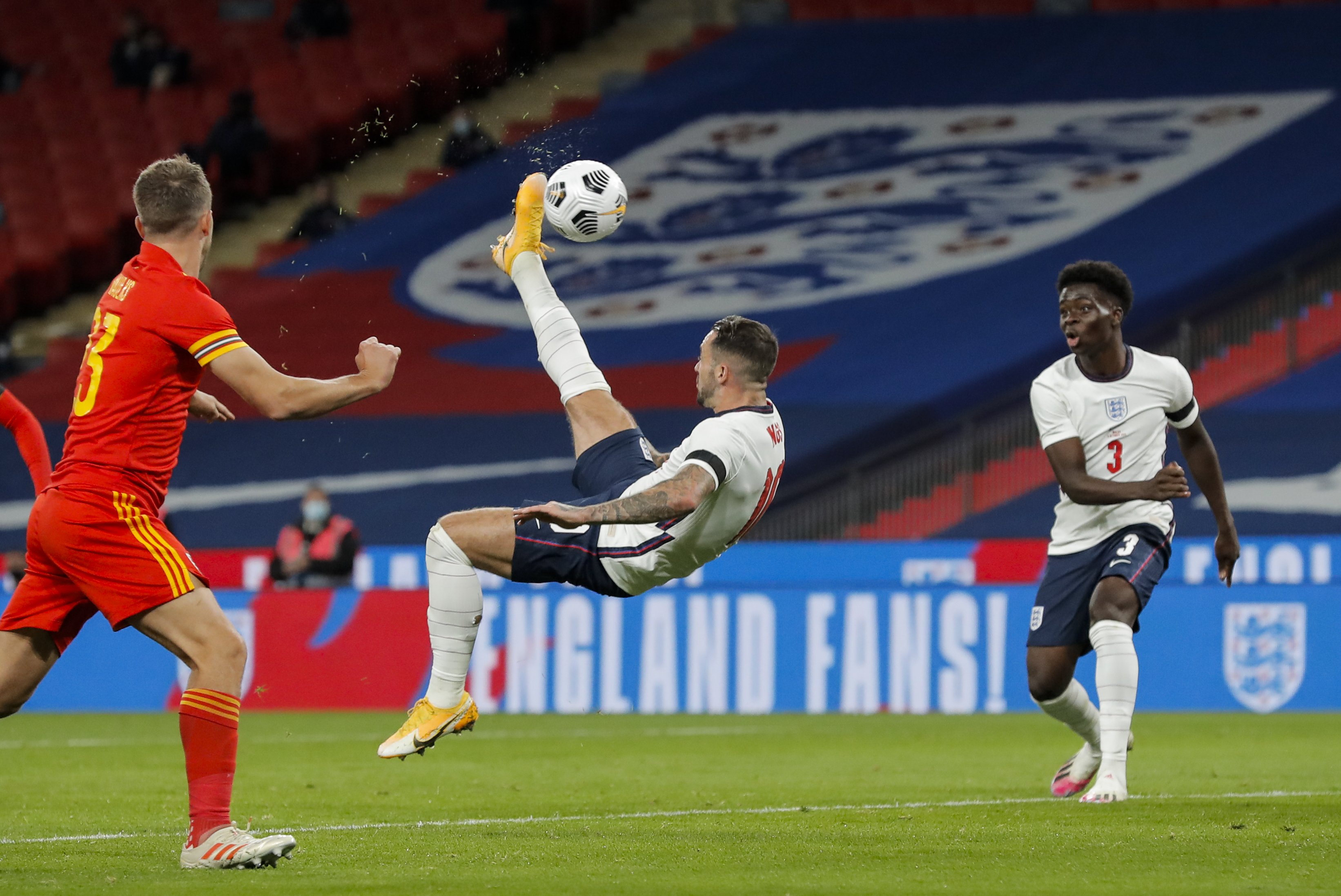 Yet last night, on his long awaited full debut, Grealish took his opportunity, in the same way as Everton’s Dominic Calvert-Lewin continued his remarkable start to the season with the opening goal.

Wolves defender Conor Coady grabbed the second with a finish that any of England’s forwards would have been extremely proud of while Danny Ings added the third.

While this was very much an England B team, with international debuts for Calvert-Lewin and Bukayo Saka of Arsenal, Grealish was the one with the most to prove.

His hard-working performance came just three days after he helped destroy Liverpool in what was arguably the first time he had caused major problems over 90 minutes to a top team.

Because it is his ability to only bully poorer teams that has not convinced Gareth Southgate.

So it was a good job the Villa Park poster boy played well last night, as he may not even have had a second chance.

Each time he has been ignored by Southgate when naming a squad over the last year or so, you could hear the howls of anger from the second city.

Yet certainly added some stardust to an England attack which in the previous two games, was absolutely hopeless.

Equally, despite playing wide left in the first half before varying his positioning in the second half, Grealish worked hard and on a few occasions, was seen mopping up in defence, something which would please Southgate as much as his creativity. 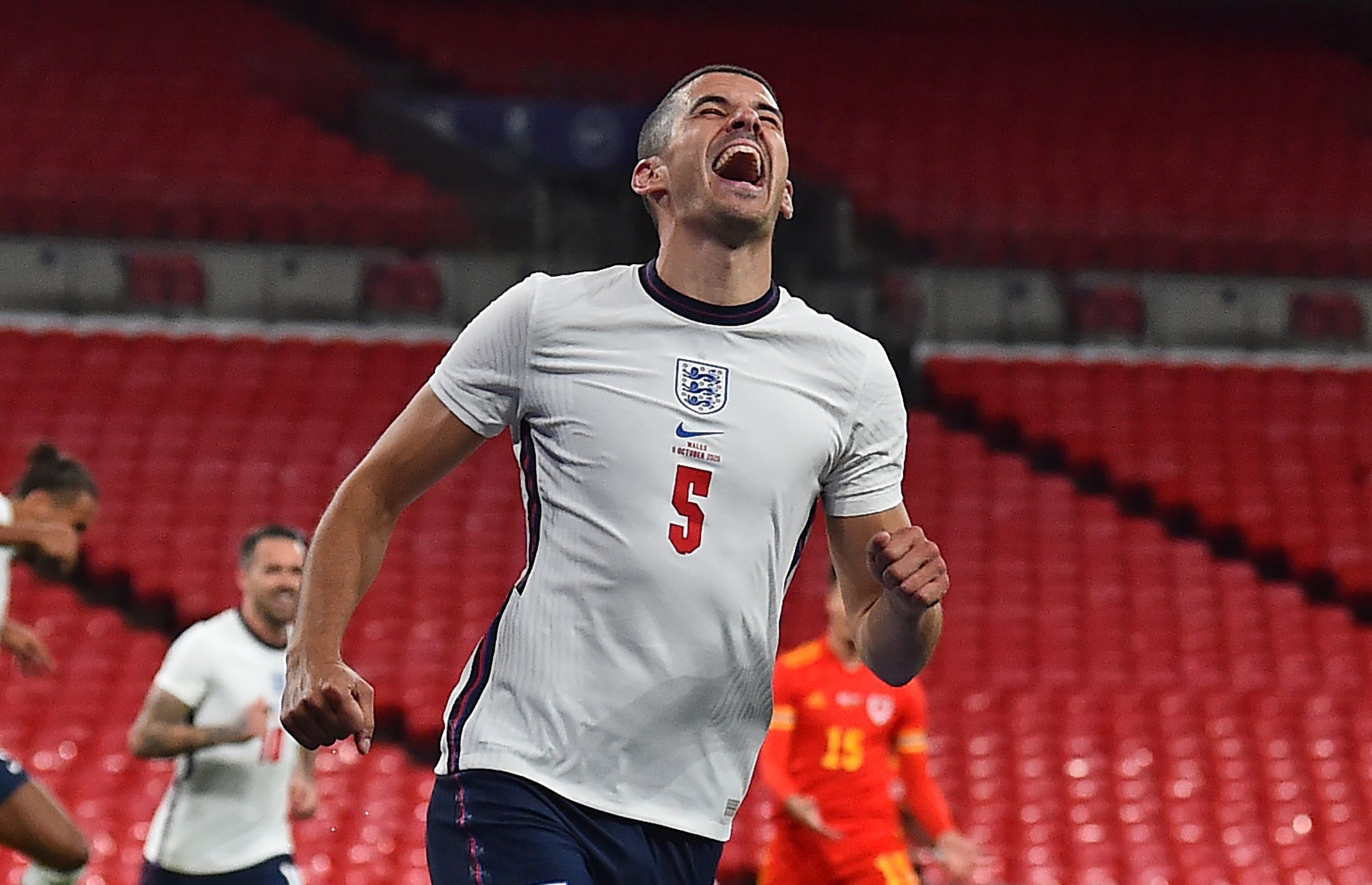 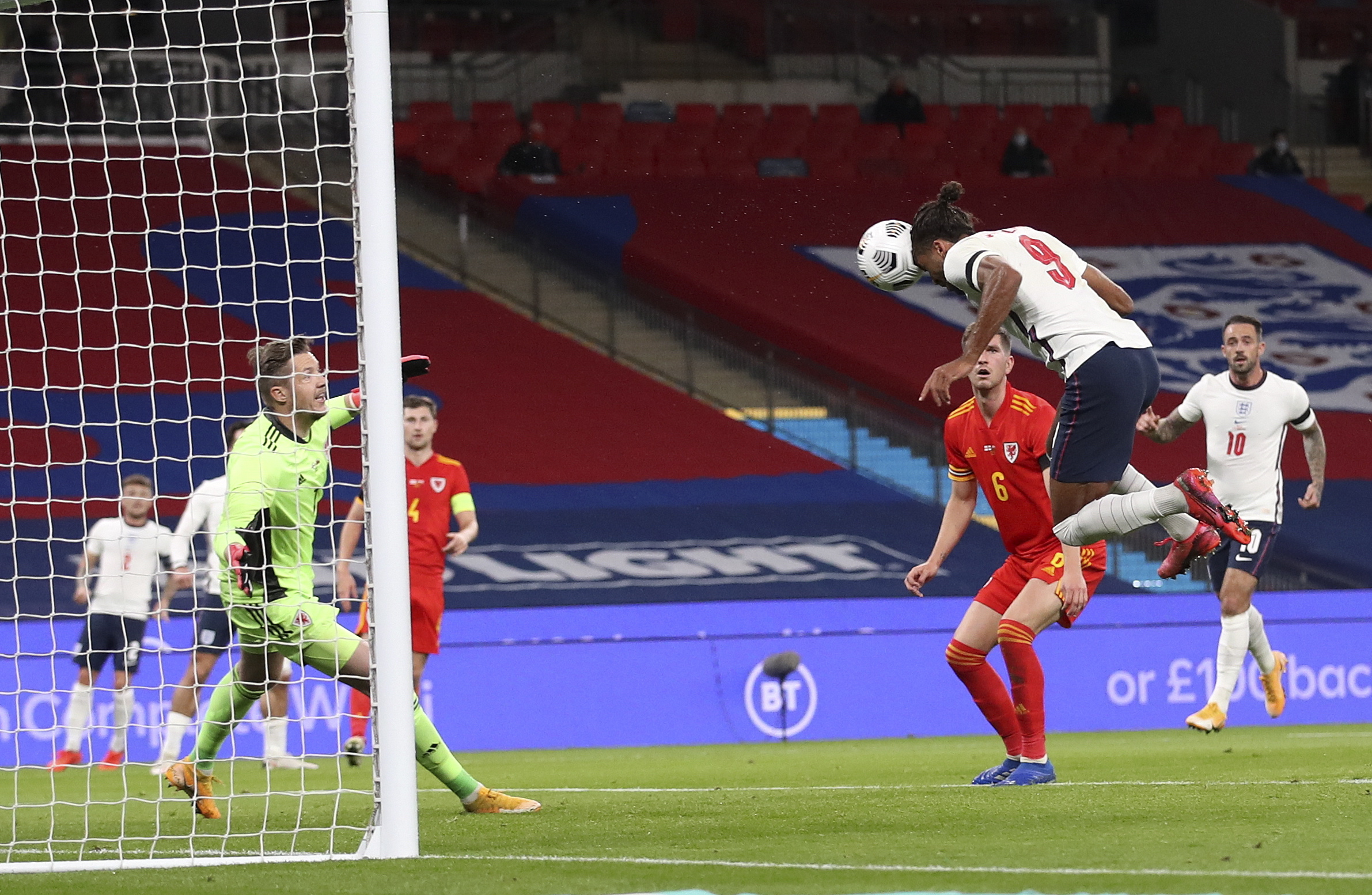 Particularly as he was carrying a minor injury as he started the match with strapping on his hamstring.

Grealish only got his first call-up last month after Harry Winks and Marcus Rashford withdrew but he still was left warming his backside on the bench in the 1-0 win in Iceland.

And despite a reasonable 14-minute cameo in the 0-0 draw in Denmark, Southgate twice avoided the chance to praise the player when asked.

Instead he named a team-mate on both occasions and finally admitted that Grealish had played “fine”.

So it was a surprise that Grealish was named in the starting line-up of the clash against Wales, with Wayne Hennessey and Ben Davies the only survivors from the Euro 2016 game which saw England scrape a 2-1 win.

And while Everton’s red-hot Calvert-Lewin missed a good early chance, he could not miss scoring the opener. 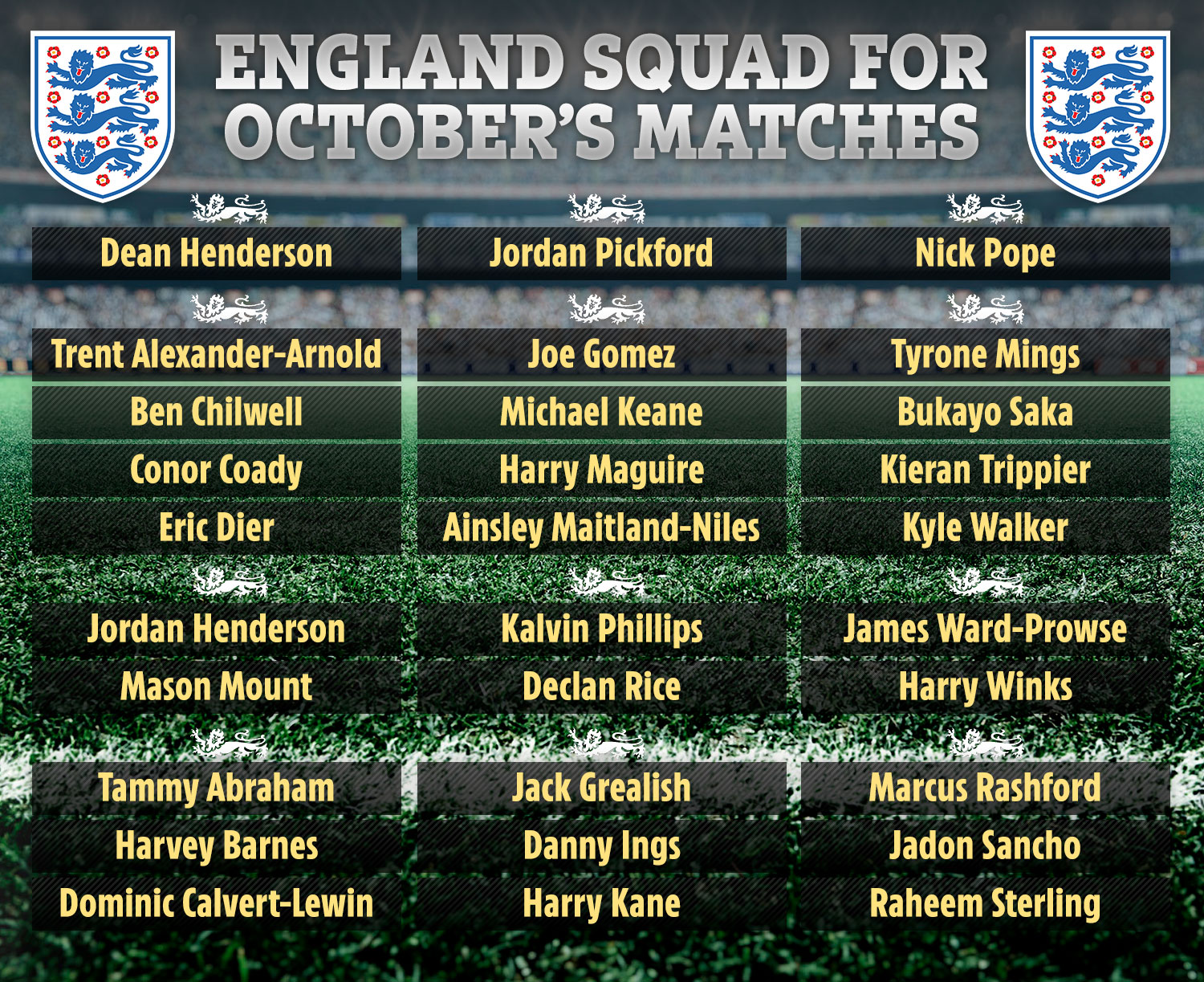 And this was all thanks to the skill of Grealish who briefly drifted across to the right and picked up a pass from England captain Kieran Trippier.

For Ethan Amapdu, this was a case of panic stations as he had no idea how to stop Grealish who was threatening to cut inside.

Instead, he crossed with his right foot and itl fell perfectly for Calvert-Lewin who had found an enormous gap in the middle of the Welsh defence and – helped by some poor positioning from keeper Hennessey – planted a firm header over the line.

Nick Pope, playing only his third game for England, made an important stop to deny Kieffer Moore who had bulldozed his way past Michael Keane.

And it was even more impressive from Pope as he knew he was going to get smacked in the face by the Welshman and unsurprisingly, the Burnley keeper needed treatment. Soon after, it was oore who needed to be replaced.

Playing as part of a three-man defence which was rarely tested by Ryan Giggs’ team without big hitters Gareth Bale and Aaron Ramsey, Coady appeared at the other end to score with a spectacular finish thanks to an outstanding free-kick from Trippier.

It came after Grealish had drawn the foul.

Coady’s excitement at being called up for the first time last month was noticacle and his face after hammering the ball past Hennessey was an absolute picture.

Calvert-Lewin was replaced just before the hour but his performance would undoubtedly have impressed Harry Kane, who was watching from the stands. He has certainly given Southgate another option.

Another striker who does not get the credit he deserves for being technically good is Southampton forward Ings. He then adjusted superly and scored with an acrobatic finish after Tyrone Mings met Kalvin Phillips' corner with a header. 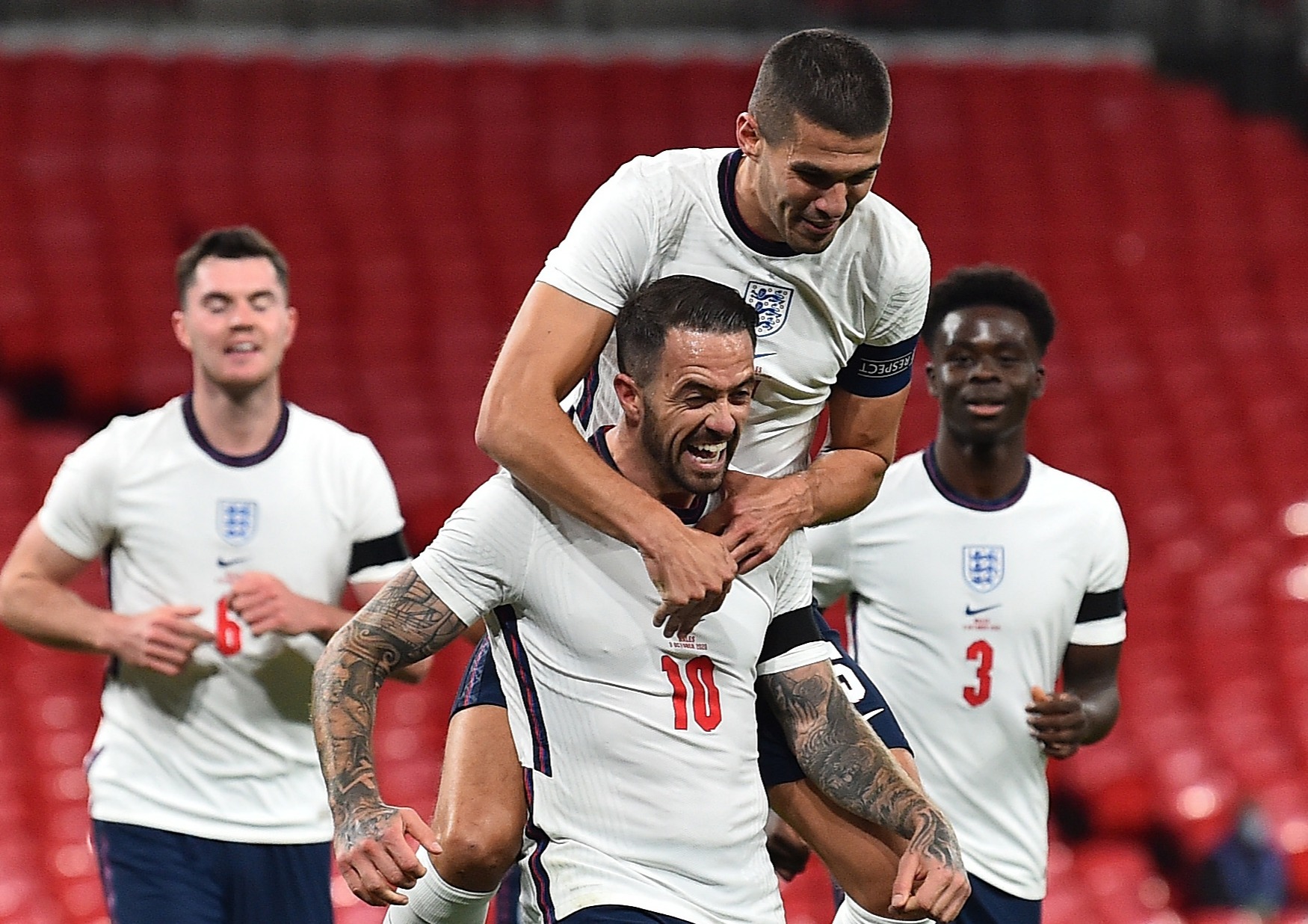 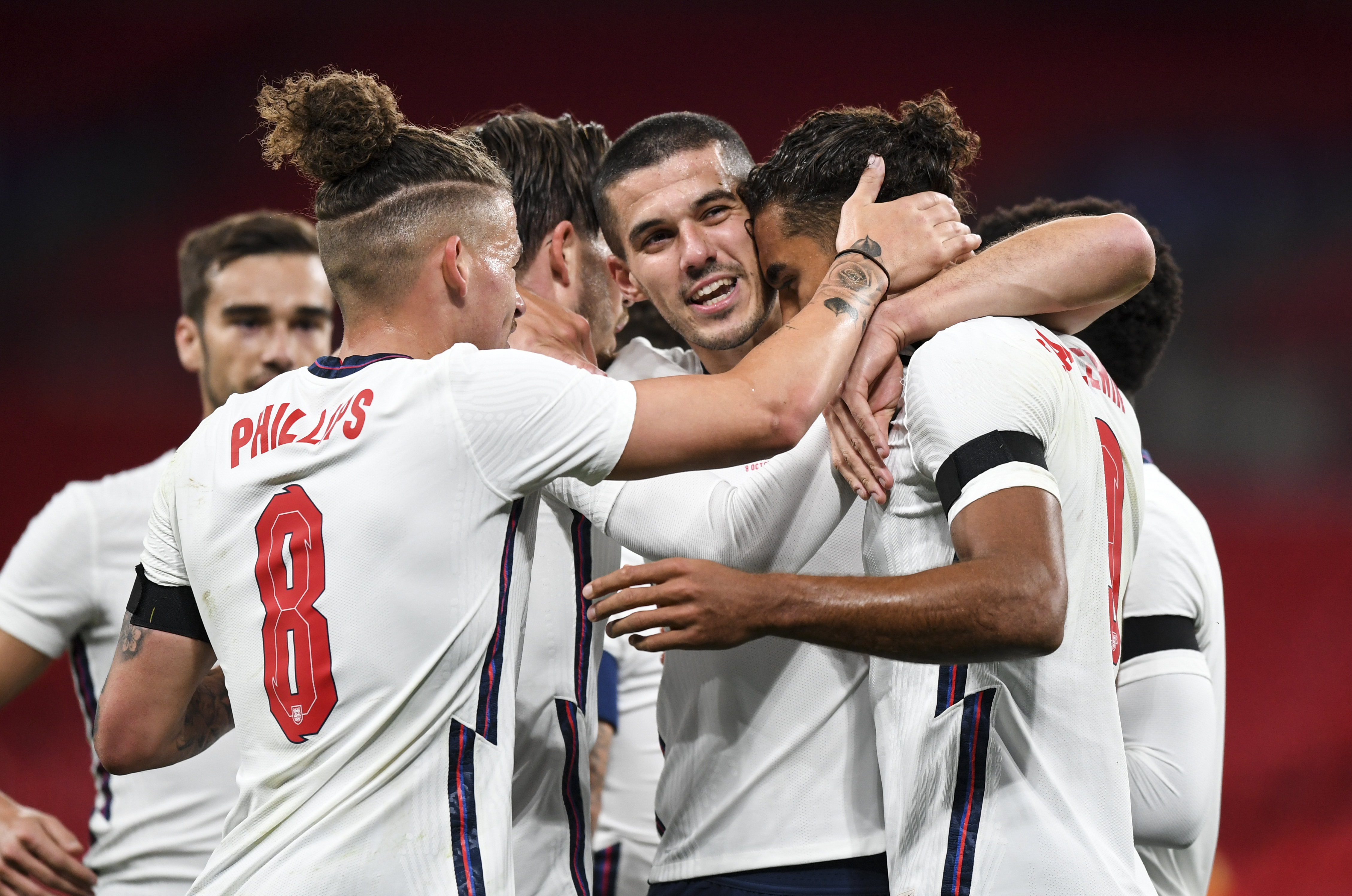 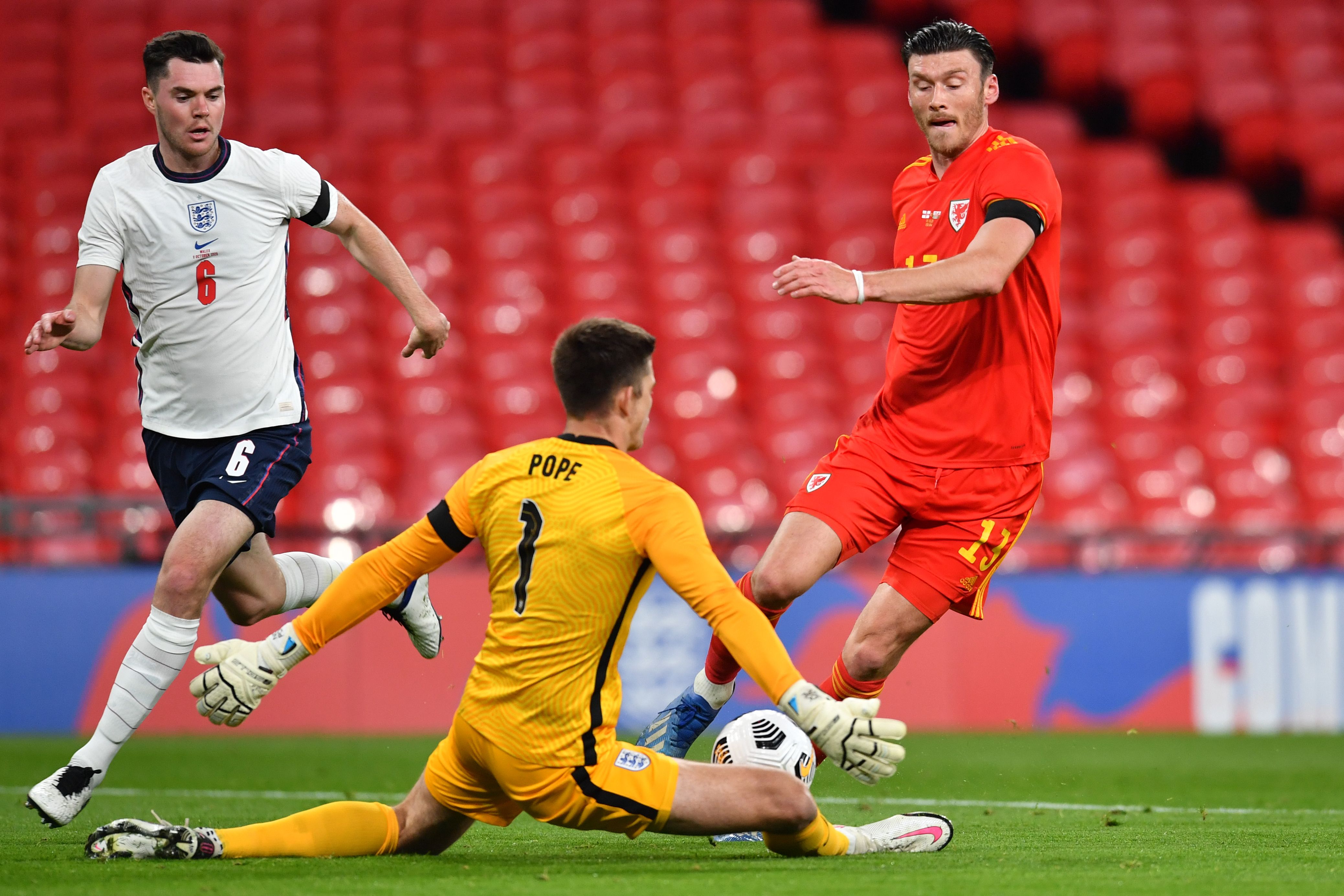 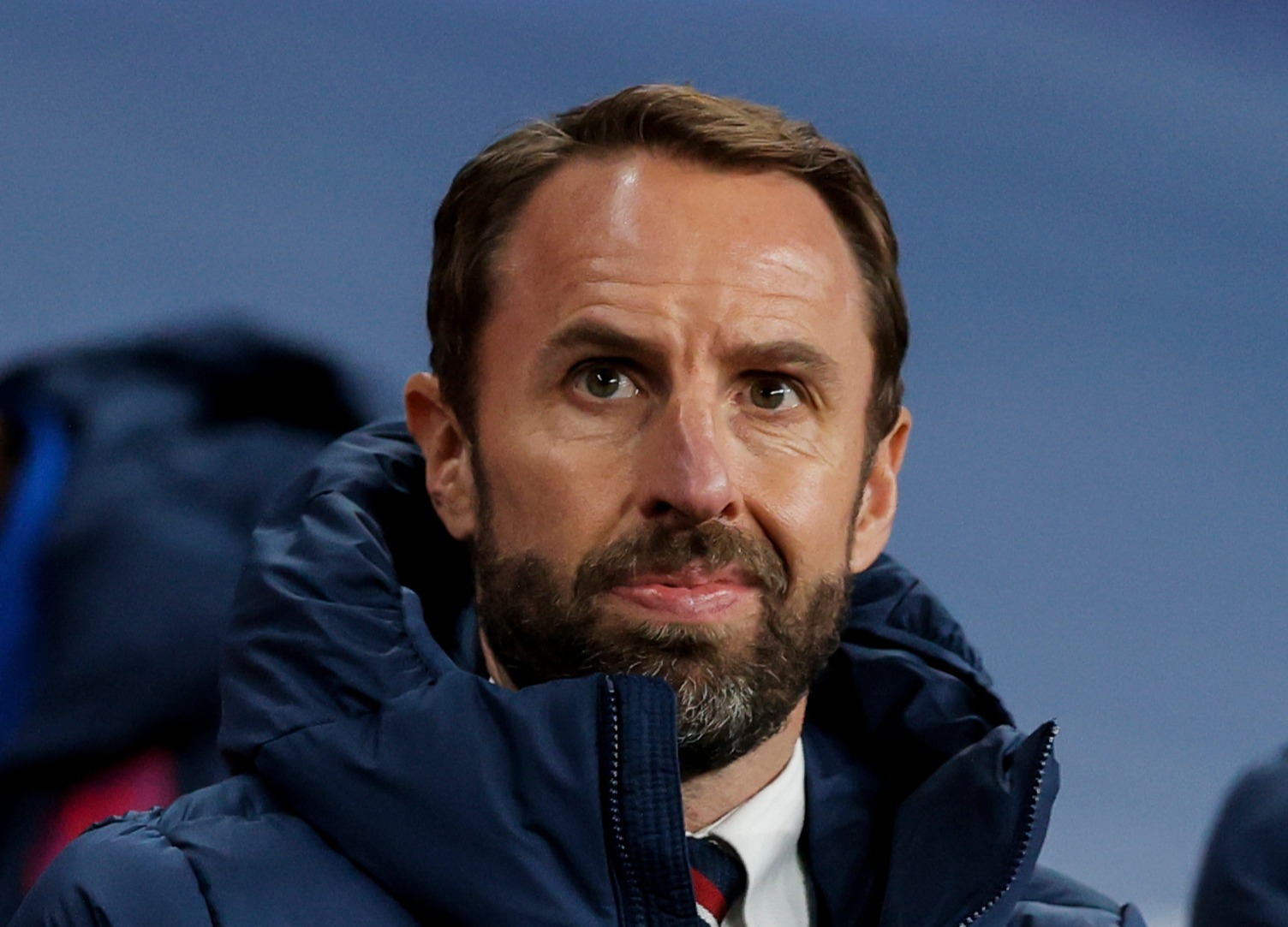 Unlike the last time these two old rivals met in Lens, England did not have to work too hard for their victory.

And it is difficult to see the Welsh reach another semi-final soon.

If England are to match their World Cup feat by reaching the last four of Euro 2020, they do need to improve massively.

They also need a player with some real stardust, and maybe, that forward – the one from Birmingham with the silly hair – is the man who could solve Southgate’s puzzle.