Marcus Harris was almost moved to tears at Adelaide Oval, having achieved his childhood dream by receiving a baggy green from former Test batsman Mike Hussey. 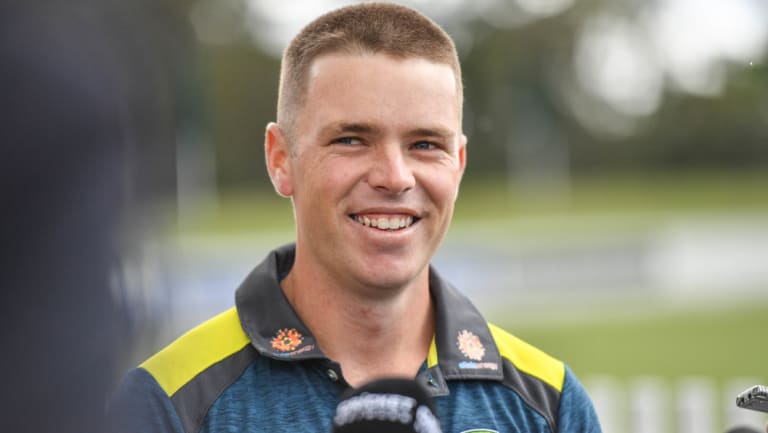 "It's a bit surreal. It was great to have the family out here, I looked at them and I nearly started crying.

Hussey gave a brief speech to Australia's huddle before players started warming up for day one of Australia's first Test against India.

Hussey told Fox it was a nerve-racking moment.

"All I said was he's done very well for Victoria. He doesn't need to do anything different, he just needs to keep playing his way and that's going to give him success at this level," he said.

Virat Kohli's decision to bat meant Harris officially started his career at bat-pad, the customary fielding position for the most inexperienced player in the XI, rather than opening the batting alongside state teammate Aaron Finch.

Hussey, speaking prior to the first Test, urged selectors to give Harris and the entire new-look XI a chance to prove they belong this summer.

"You just need to be patient with good players," Hussey said.

"If you've identified somebody as one of the best players in the country then just stick with them for a while, unless there's someone in the level below just hammering the door down and making a case too strong to ignore.

"You're going to get low scores, that's just part and parcel of the game."