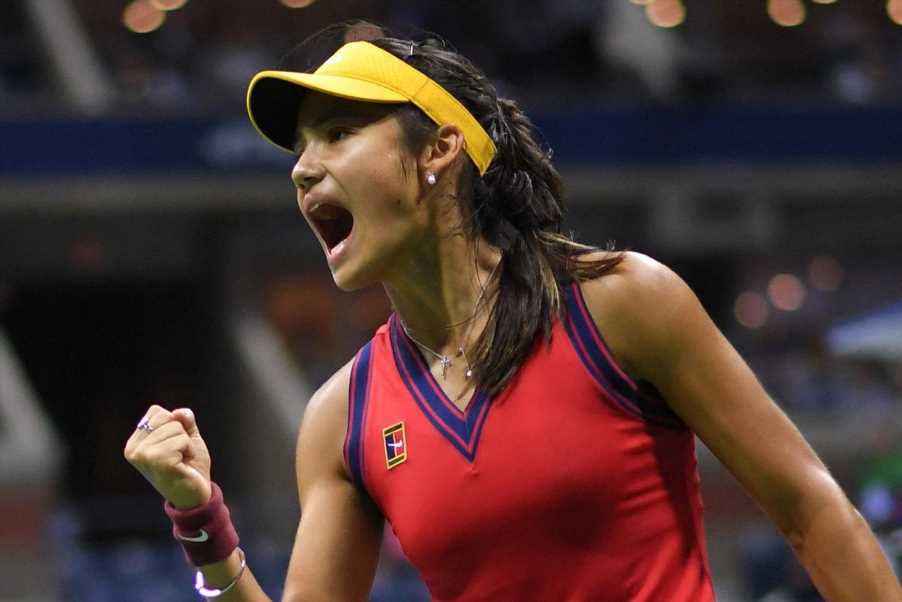 Emma Raducanu, the 18-year-old from Kent, made history here tonight by becoming the first qualifier in history – male or female –  to reach a Grand Slam final after dispatching Greek world No18 Maria Sakkari 6-1 6-4. 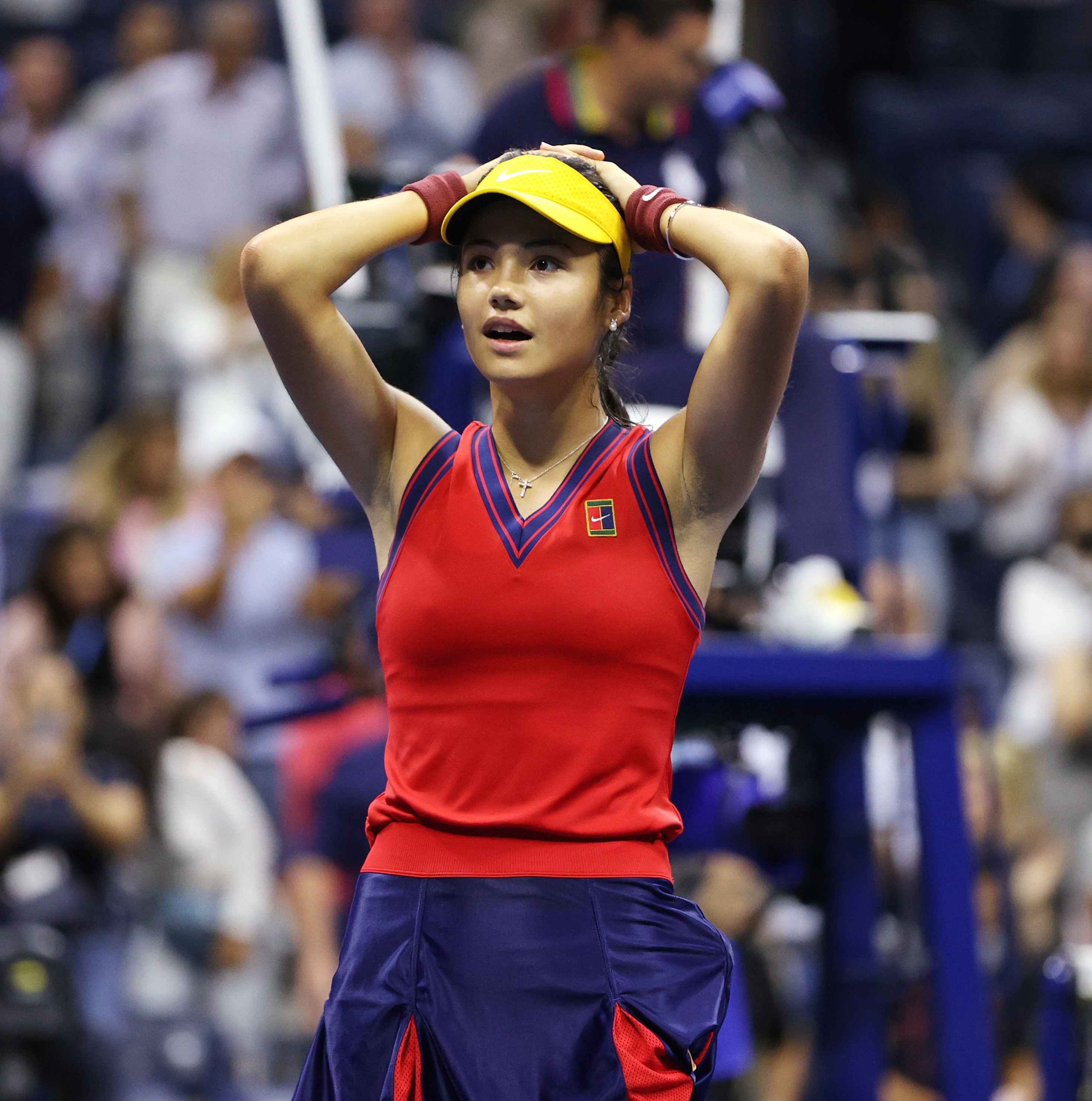 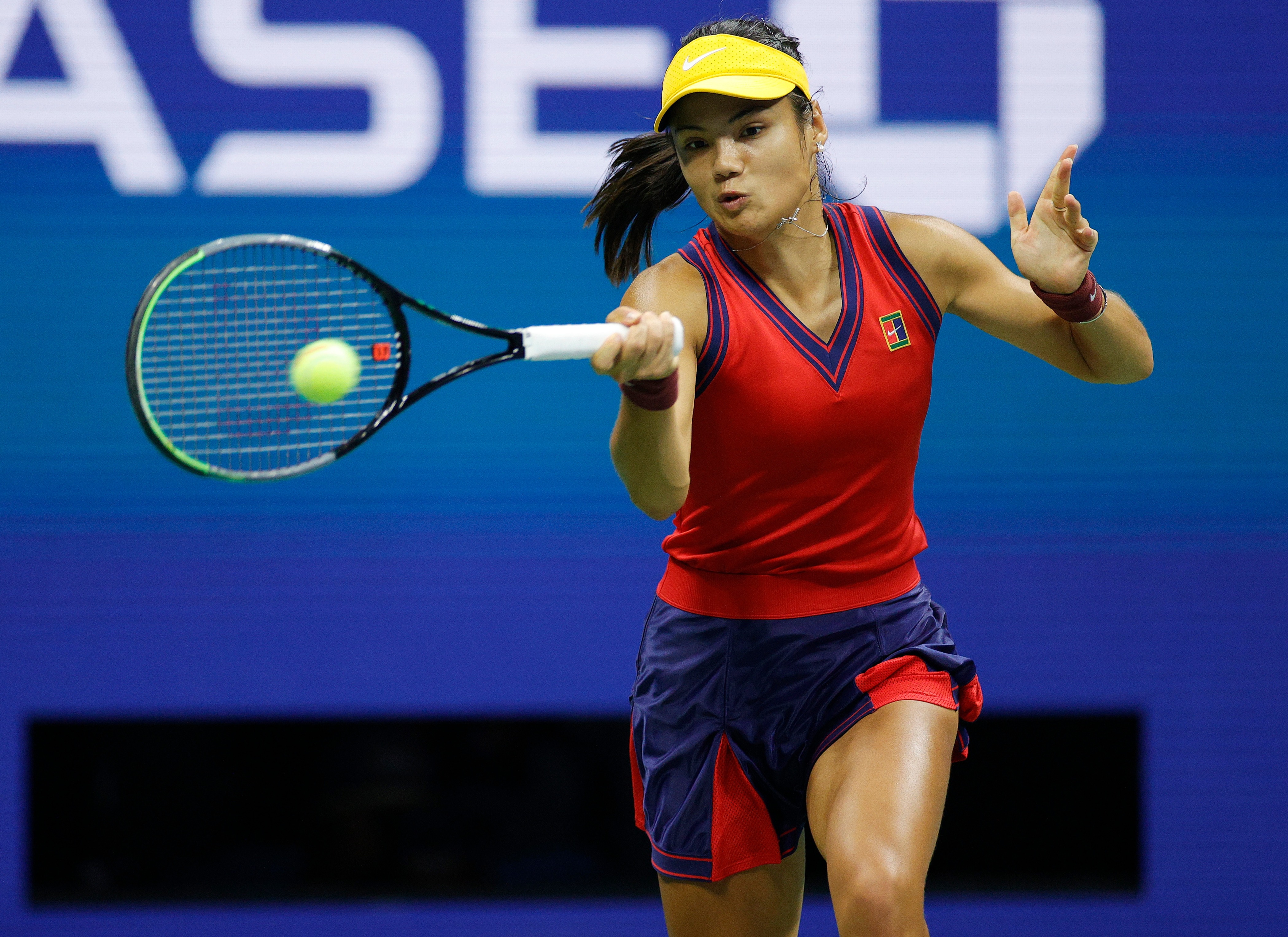 Let that sink in for a moment and then think about if anyone else down the years has made such a sensational start to their sporting careers.

Can you name one?

Of course, Andy Murray enjoyed wonderful success and his legendary status has already been sealed.

The likes of Wayne Rooney and Lewis Hamilton were brilliant young guns back in the day.

But Raducanu surely stands alone right now in producing the most stunning entrance into top-level sport by any Brit in history. It may never be topped.

Rookies don’t come through qualifying and do this.

The fact Raducanu has achieved the feat without dropping a set in just her SECOND major is simply remarkable.

She’s reached levels this summer many never experienced in their whole careers and is the youngest slam finalist since Maria Sharapova at SW19 in 2004 and the first in New York since Wade, who was here watching on in disbelief with the rest of us, in 1968.

Of course, this is a supreme talent we are talking about. The composure and assuredness on show really is out of this world for someone so young.

In Saturday’s final, teenage kicks will be the order of the night after the equally brilliant Leylah Fernandez, 19, dumped world No2 Aryna Sabalenka out in a thriller.

Serena Williams, with just the 23 slams to her name, has been absent here through injury yet, in truth, she’s not been missed. The exuberance of youth has trumped all at Flushing Meadows this year.

Oh, and it took Williams eight majors until she reached her first final.

Fernandez and Raducanu are the youngest Flushing Meadows semi-finalists since Sharapova in 2005 and will contest the eighth Grand Slam final in the Open Era between teenagers and first since the 1999 US Open when Williams beat Martina Hingis.

Sakkari was the oldest player to reach the last four at the ripe old age of 26 with all these new bright young things dominating the headlines.

The Greek, however, was not being dismissed by anyone, including Raducanu. Sakkari reached the semi-finals of the French Open this year and was mightily impressive in her straight-sets win over world No4 Karolina Pliskova in the previous round.

This was the Brit’s first taste of the cavernous Arthur Ashe Stadium under the lights. It was packed and still buzzing with excitement after Fernandez brought the house down. 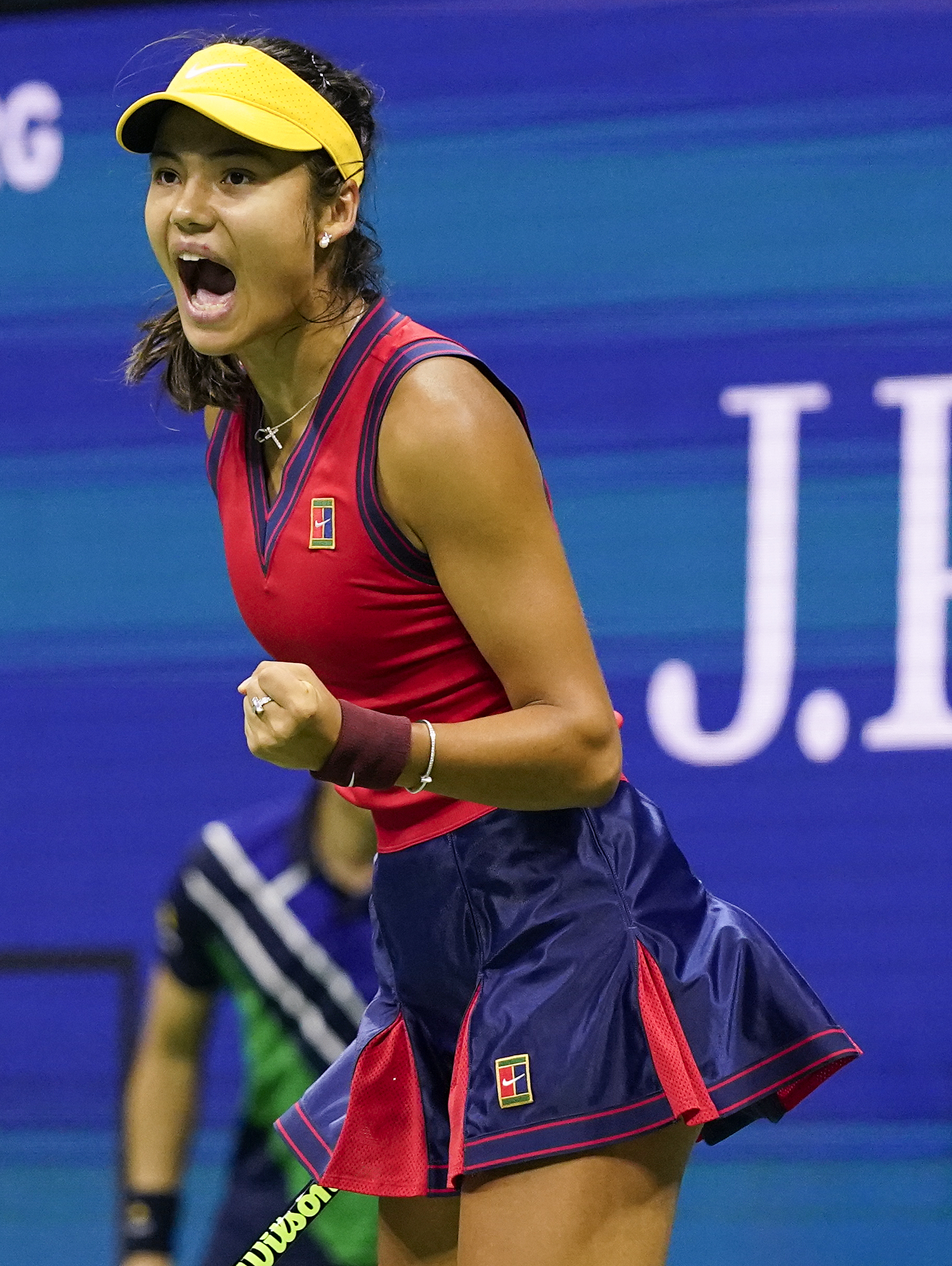 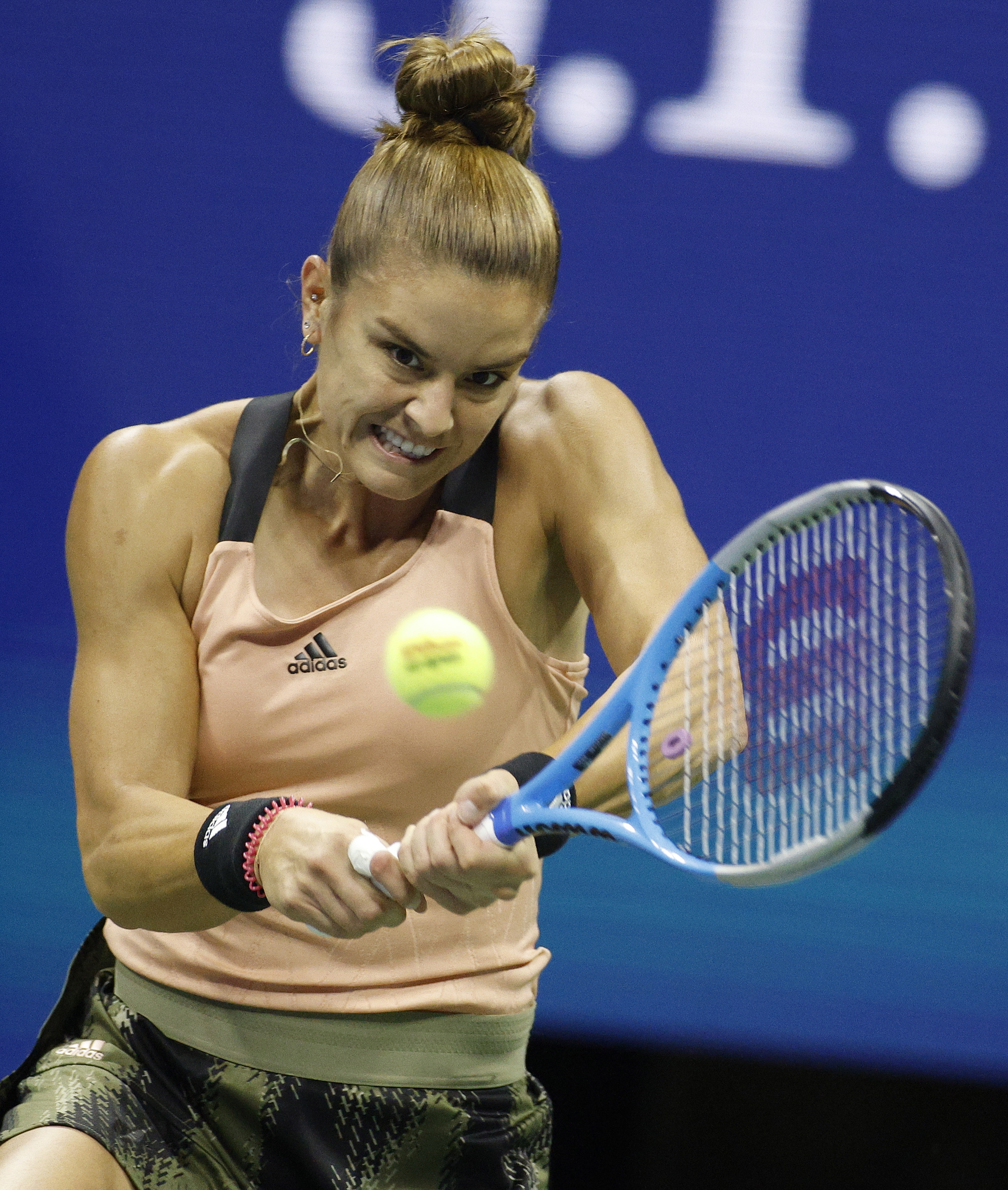 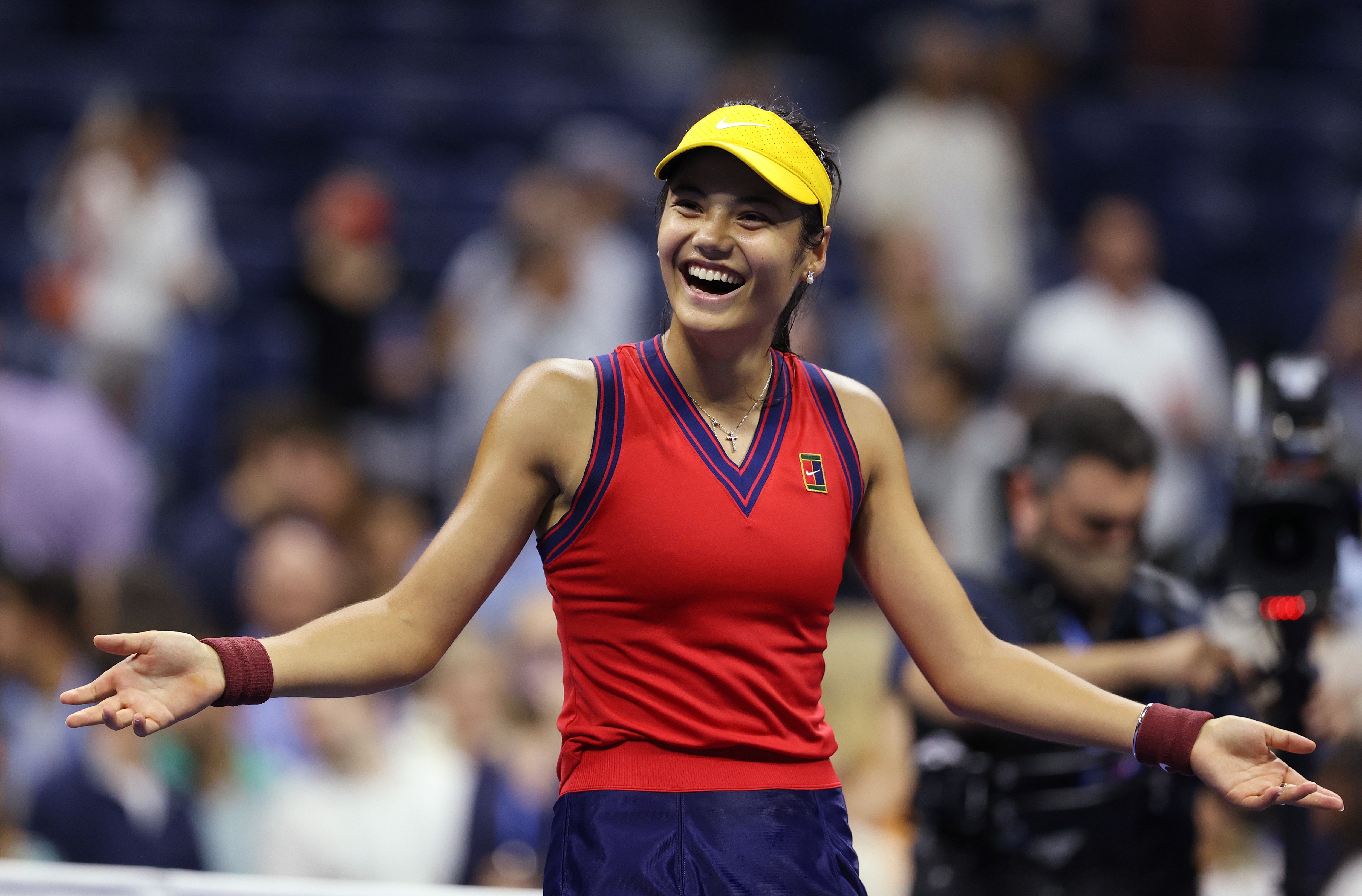 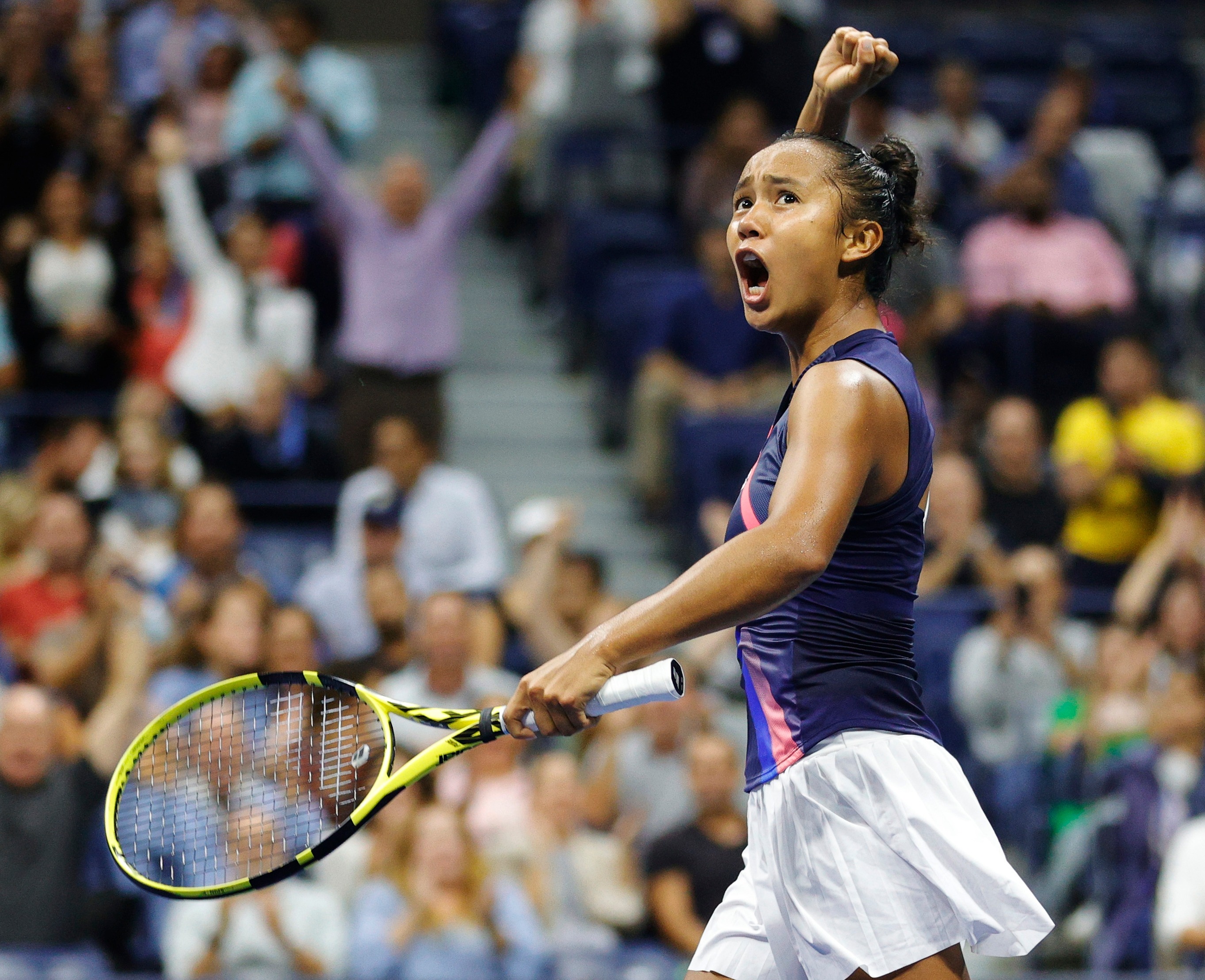 They love an underdog tale in the Big Apple and the story Raducanu has written for herself this summer is deserving of the silver screen.

She certainly stuck to the script early on, facing break points in her opening service game only unlike the previous two matches, the teenager got out of a hole and held.

And when Sakkari double-faulted, up popped a chance to break which was grasped after the Greek netted but the Brit was struggling with her own service game.

She fought off four break points in the third as well as three in the first, a stark example of her ability to stay calm and composed just as the pressure begins to build from the other end of the court.

Sakkari was rattled and when another double fault arrived, the 18-year-old was 4-0 up and cruising. Not bad for the current world No150.

The quality of her returns had scrambled her opponent’s mind and soon enough with just 36 minutes gone, Raducanu was a set up and closing in on an astonishing achievement.

The aggression of her hitting – especially on the forehand side –  was too hot to handle.

Sakkari is well known on the women’s tour for being one of the most competitive players around. She loves a fight but her resolve was being crushed and trampled on.

Raducanu was all over her second serve and when another break came, the Brit punched the air. She began Wimbledon ranked 338th in the world but has now bagged £900,000 after winning nine matches in the Big Apple.

At 5-4, match point arrived and it was sealed with a drive volley. There were only 84 minutes on the clock.

What a fantastic display on the biggest night of her life. No drama, just getting down to business and getting the job done.

Unfortunately for Sakkari, it wasn’t even close.

The Greek couldn’t sleep for days after losing in the semi-finals at Roland Garros.

After this, however, she will be having nightmares about Emma Raducanu for weeks.