Matildas linchpin Emily van Egmond has been put on ice for the remainder of the W-League season after an ankle injury.

The Newcastle captain rolled and sprained her ankle on Wednesday at training, suffering ligament damage. 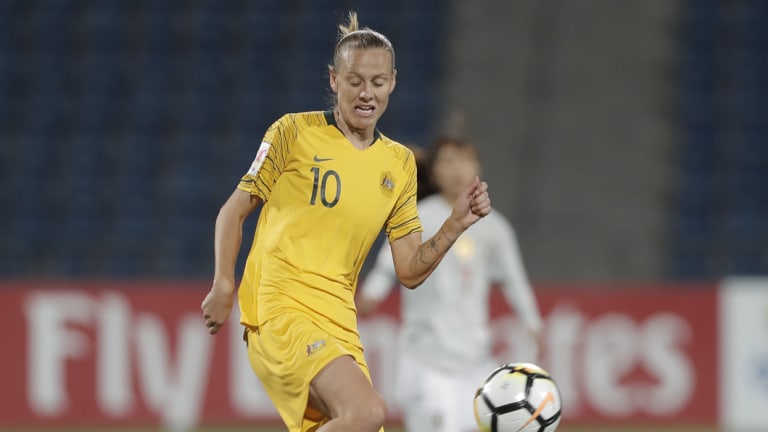 Emily van Egmond’s injury is a blow for both the Jets and the Matildas.Credit:AP

The injury is terrible news for the eighth-placed Jets ahead of Saturday's must- win clash with Sam Kerr's visiting Perth.

And it's not great for the national team either, with June's World Cup on the horizon.

The dominant midfielder, predicted to be out for six weeks, is one of the Matildas' key foundations.

That suggested timeline might rule the 25-year-old out of Australia's friendly series with South Korea, Argentina and New Zealand on home soil beginning in late February.

The medical teams of the Matildas and Jets are working hand-in-hand to assist van Egmond with her recovery.

"She loves leading this team and representing her town and this club. She'll be devastated to miss the rest of the season," Jets coach Craig Deans said.

"This is a massive year for the Matildas, so now our focus is helping Em get back to full fitness as quickly as possible for the Cup of Nations and then the World Cup."

Van Egmond joins Kyah Simon and Hayley Raso as major injury worries for Alen Stajcic's side ahead of the France-hosted World Cup in five months.