UNAI EMERY is desperate to land a commanding figure at the back to help solve his defensive crisis.

But with the transfer window not open until January, the Spaniard will have to make do with the giant inflatable figure drafted in for training this morning. 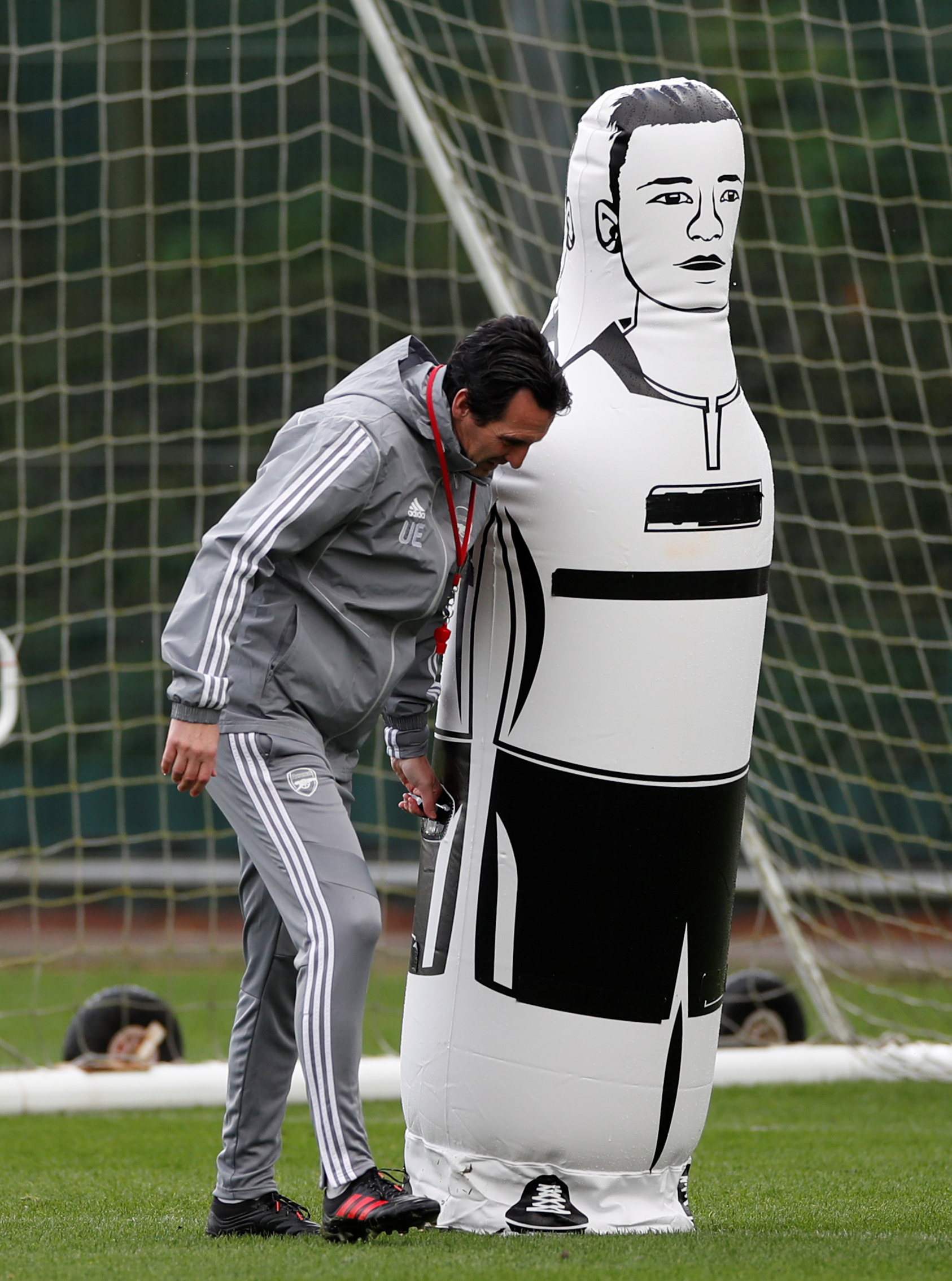 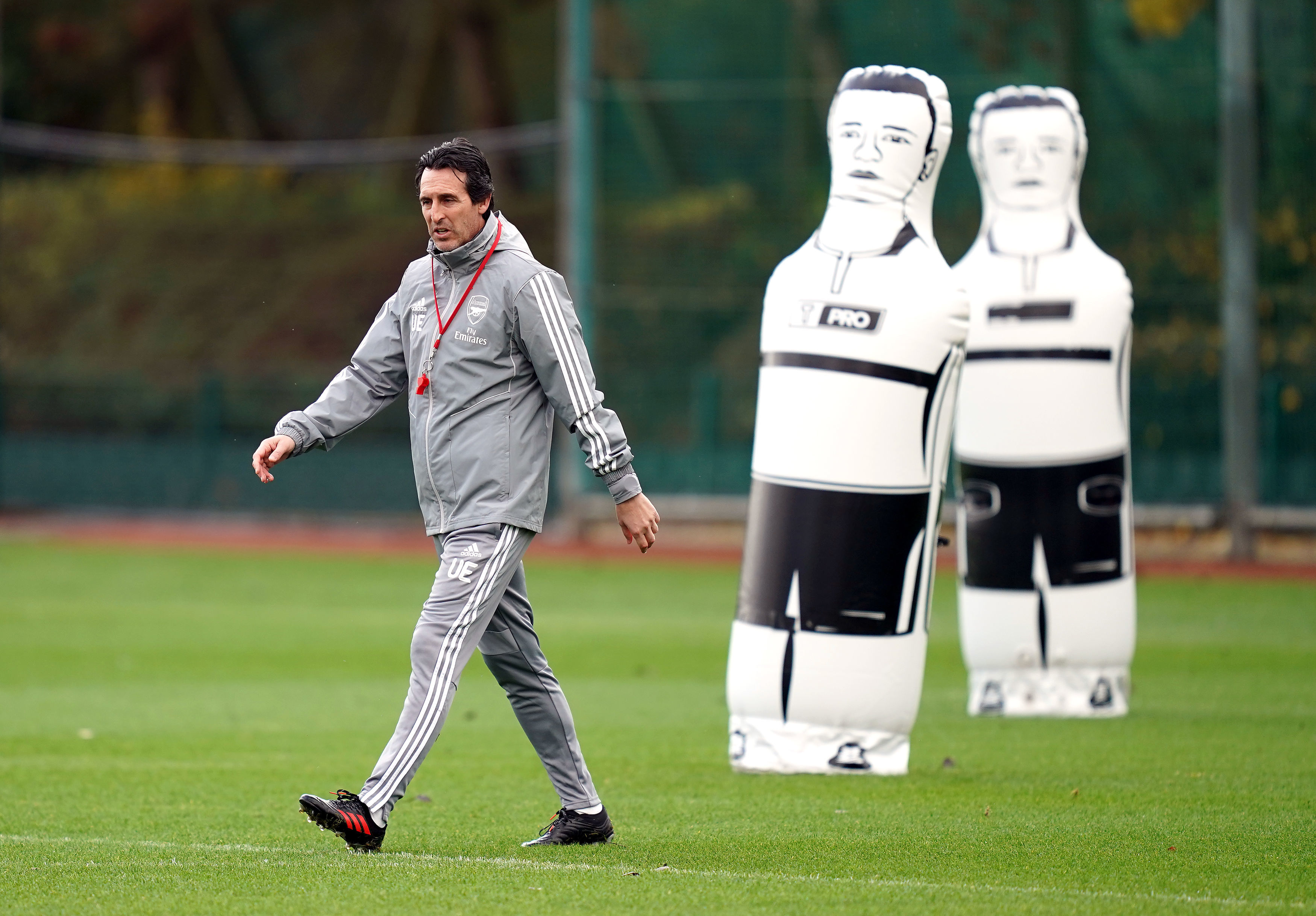 Emery, 48, is on his last legs as Arsenal chief following a run of no wins in their last six outings.

And it is no wonder the Spaniard is feeling deflated with a defence that continues to leak goals like a dodgy tap.

They have now shipped in more than they have scored in the Premier League with 19 in 13 matches.

That's more than the likes of Bournemouth and Crystal Palace and a remarkable seven more than Sheffield United.

Only two teams have faced more shots than Arsenal's 218 this season in Norwich and Aston Villa.

With confidence in the camp at rock-bottom, all eyes will be on their performance against Eintracht Frankfurt in the Europa League tomorrow.

Emery knows he can't afford another defeat especially with a make-or-break clash at struggling Norwich on Sunday.

The Spaniard is likely to be without Hector Bellerin who continues to be assessed with a tight hamstring.

Sead Kolasinac is also likely to miss out with Dani Ceballos definitely sidelined.

Emery knows a defeat against the German side could spell the end of 18-month spell at the Emirates.