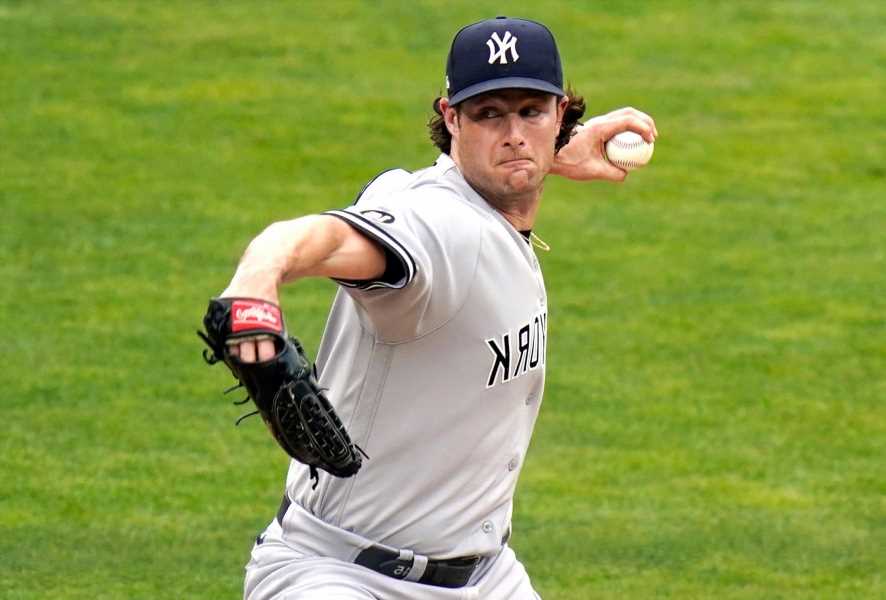 The Yankee providing an unlikely – and necessary – spark

MINNEAPOLIS — Gerrit Cole stuck it to Josh Donaldson and the Twins.

After the Twins third baseman took on the Yankees ace in baseball’s latest potential scandal, accusing the right-hander of using illegal foreign substances to increase his spin rate, Cole whiffed Donaldson in each of his first two at-bats.

It was the most interesting part of another lopsided victory for the Yankees over the hapless Twins, 9-6.

Cole was strong on another steamy night at Target Field, overwhelming not just Donaldson but much of the Twins lineup — even though his spin rate was down once again, according to Baseball Savant.

In his previous start — which is the one Donaldson referenced — the dips were even more drastic and consistent. What the differences are due to, only Cole knows for sure.

And that’s at the center of the current controversy among hitters, pitchers and MLB.

The league is set to crack down on pitchers’ use of foreign substances, and Donaldson singled out Cole for his recent reduced spin rate in the wake of suspensions in the minor leagues and the impending crackdown in the majors.

“I don’t regret it,” Donaldson said before the game of his previous comments about Cole. “When I say something, it’s been thought through beforehand. It’s not on a whim. I’ll say this: Gerrit Cole was the first guy to pitch since the suspensions happened and he was the first guy who we could see spin rates going down. Since Gerrit pitched, there have been 12 or more guys already whose spin rates have drastically dropped in the last week. So it’s not just Gerrit.”

Cole, though, likely doesn’t need anything extra to beat cellar-dwelling Minnesota, so the impact of the enforcement changes remain to be seen.

While Cole was good, he did allow a third-inning homer to Jorge Polanco and one to Miguel Sano to lead off the fifth.

It didn’t matter Wednesday, as the Yankees knocked around Randy Dobnak for eight runs in 4 ²/₃ innings. They erupted for 11 hits and four homers off Dobnak en route to the lineup’s second consecutive breakout performance against the Twins.

Giancarlo Stanton snapped out of his recent funk with two home runs and a double off Dobnak in the first five innings. Aaron Judge also homered and doubled versus Dobnak, and Miguel Andujar homered for the fifth time in his last eight games.

Prior to the game, Aaron Boone was confident Cole would perform well amidst the chaos.

“There’s no question it’s been a major storyline in our sport,’’ Boone said. “Gerrit is one of the best pitchers in the game and his name has been mentioned. I’m sure it’s in his mind. … But he’s uber-focused.”

There were boos from the polite Minnesota crowd when Cole’s name was announced before the game, but not much during the game itself.

The matchup between Cole and Donaldson didn’t take long to materialize, with Donaldson up second in the bottom of the first.

Cole put him away with a 1-2 knuckle-curve after Donaldson waved at a 100 mph four-seamer.

Cole appeared to stare down Donaldson after the strikeout.

The result was the same in the third, as Cole got Donaldson swinging again. In the sixth, Donaldson flied out.

Cole allowed two runs while striking out nine and walking none in the 94-pitch outing before Luis Cessa entered to start the seventh.

It was Cole’s highest strikeout total since he whiffed a dozen batters in eight shutout innings against the Rays on May 12.

The Yankees had the game well in hand until Brooks Kriske gave up four runs in the ninth, forcing Aroldis Chapman to get up in the bullpen before Kriske finished it.