After passing a century of goals for the Blues with a Boxing Day double at Watford, the Belgian mentioned his desire to match long-serving devotees such as John Terry and Frank Lampard. 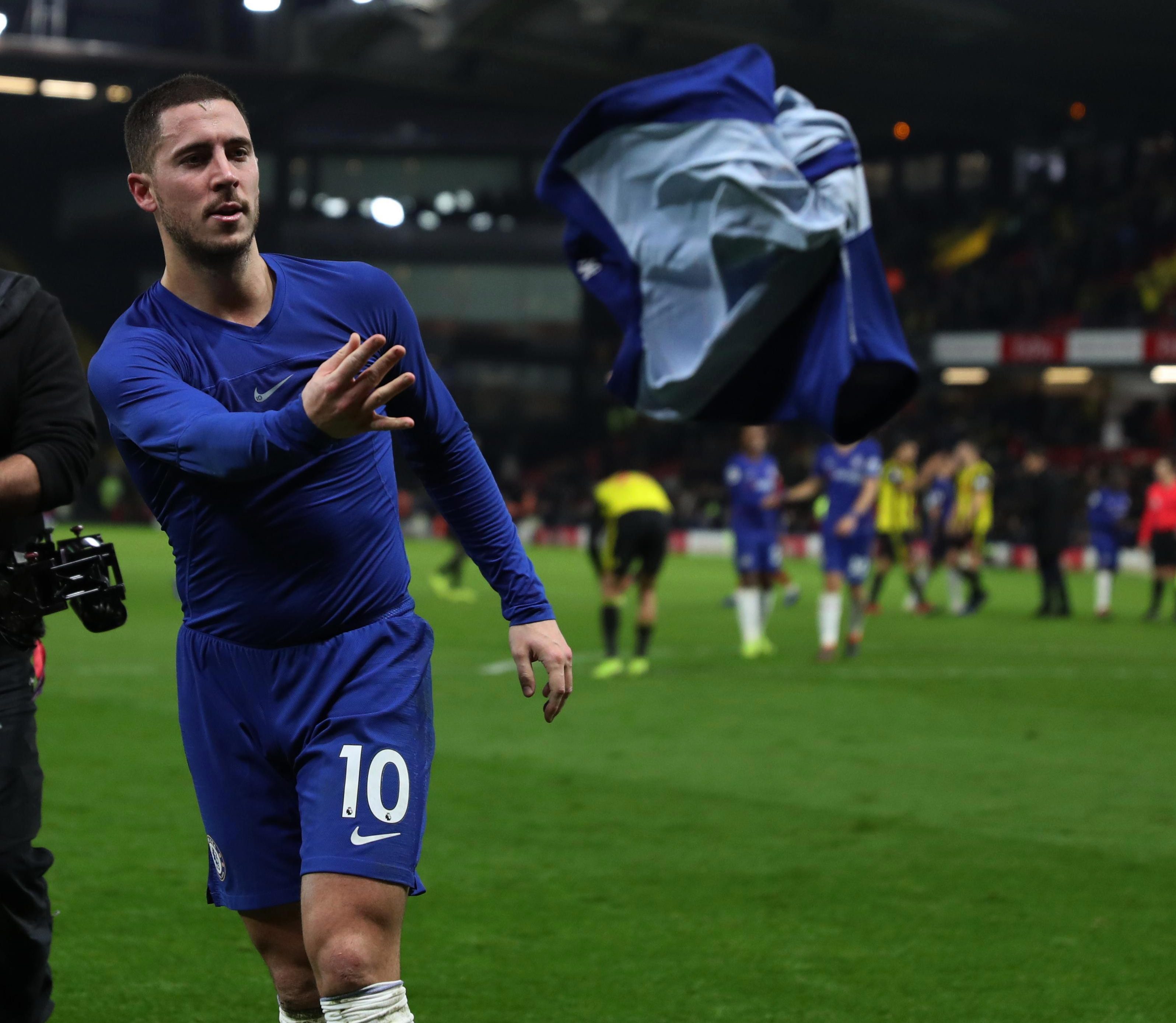 It sounded for all the world as though he might be ready to extend his contract.

Yet later, Hazard revealed he has no intention of discussing a new deal before the summer — when he will have just 12 months left on his current agreement.

Asked if his words meant he will extend his stay, Hazard said: “I am just focused on the pitch, I will see at the end of the season.”

Hazard is 28 next month and this is his seventh season at Chelsea.

That is a lengthy stint in the modern age and few would criticise a world-class player for keeping his options open when a footballer’s peak years are so short. 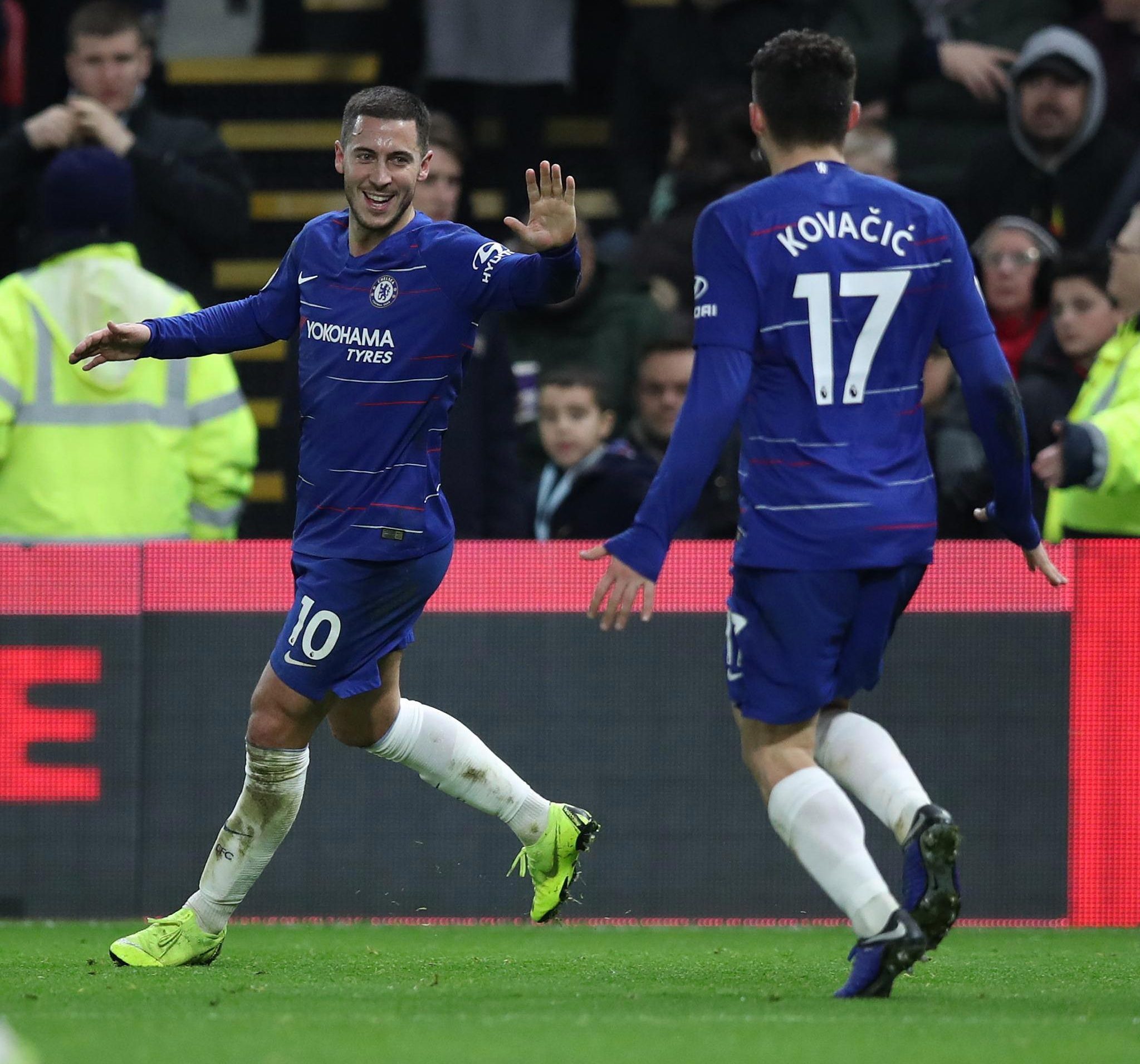 Manager Maurizio Sarri admits Hazard is as important to Chelsea as Lionel Messi is to Barcelona.

The club would move heaven and Earth and a sizeable chunk of Roman Abramovich’s fortune to keep him.

Yet with Hazard currently being asked to play out of position as a centre-forward, and with Chelsea fighting to avoid a third campaign in four without Champions League football next season, why would the player rush to renew?

Especially with fears Abramovich’s own long-term ownership is less than certain, after a visa wrangle and the shelving of Stamford Bridge redevelopment plans.

Hazard showed in the 2-1 victory at Watford he is more than willing to put in a shift as a ‘false nine’ — scoring a classy opener to reach his century and then adding a winning second with a penalty he won himself.

But Hazard never disguises his preference for operating as a winger and if Chelsea can pull off the January signing of a specialist striker Sarri fully trusts, it would surely help make the Belgian a happier camper.

After he became the tenth player to reach 100 Chelsea goals, it was put to Hazard his scoring ratio would be boosted by playing through the middle. Yet he replied: “Yeah, but my position is winger. I feel better as a winger.

“But against Watford and Brighton I did well as a striker, so the manager chooses where to put me then I try to do my best.”

When it was suggested to Hazard his Belgium team-mate Dries Mertens had benefited from moving to a central role under Sarri at Napoli, his response was also unenthusiastic. 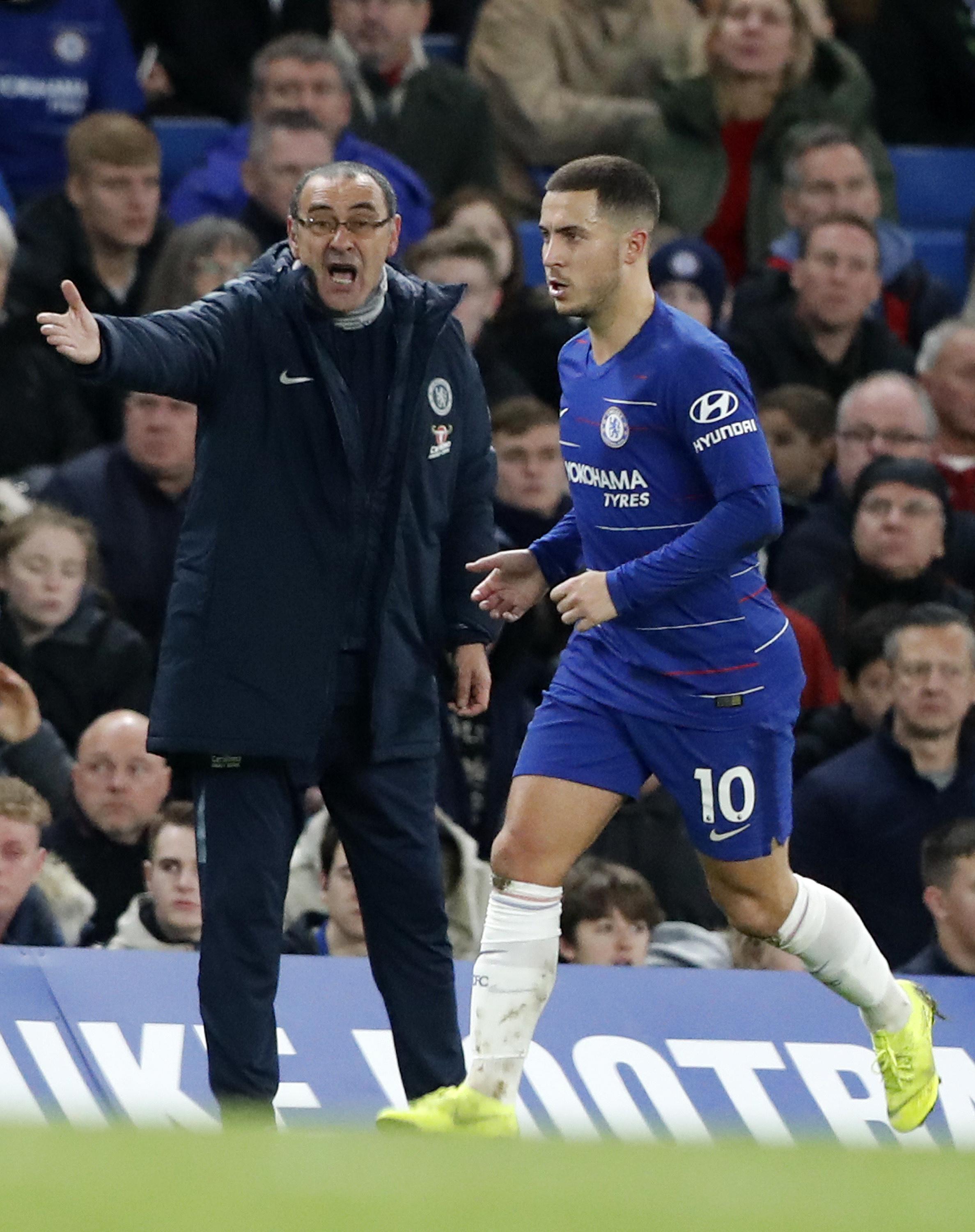 He said: “Dries is more of a striker than me. I am more like a playmaker, since I started football I like to come and touch the ball.

“We are different, but yeah I know with Sarri he likes to change some positions sometimes.”

Chelsea head to Crystal Palace on Sunday in fourth place but hotly pursued by Arsenal and a resurgent post-Jose Mourinho Manchester United.
And Hazard is simply hungry to add to those 101 goals.

He added: “The guys told me at half-time at Watford and I was happy, so I just gave a smile. When you score 100, you just want to score more, so I will try to get more.”

Just how many more is the question on the lips of every Chelsea fan.