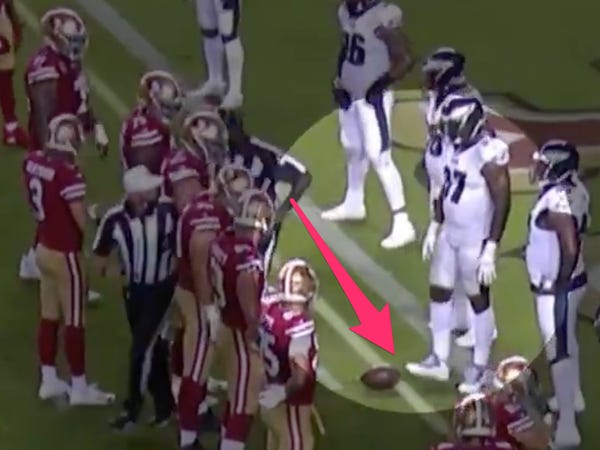 Football is a game of inches, and on Sunday night, no player proved their understanding of this simple mantra better than Eagles defensive tackle Malik Jackson.

With Philadelphia hoping to stop the San Francisco 49ers at the goal line, Jackson pulled off what can only be described as a veteran move. After the ball was set just inches from the end zone, Jackson used his toe to nudge the football back just a bit while the 49ers were still calling their play in the huddle.

On Twitter, NFL player-turned-commentator Emmanuel Acho shouted out Jackson for his gamesmanship.

In the end, Jackson's gambit didn't affect the outcome of the play or the game as the 49ers went on to score a touchdown on that drive. However, the Eagles defense stopped San Francisco on their final drive of the game to hold on to the 25-20 win, their first victory of the season.

While it might not have mattered this time, it's good to know that Jackson is willing to use every tool at his disposal.