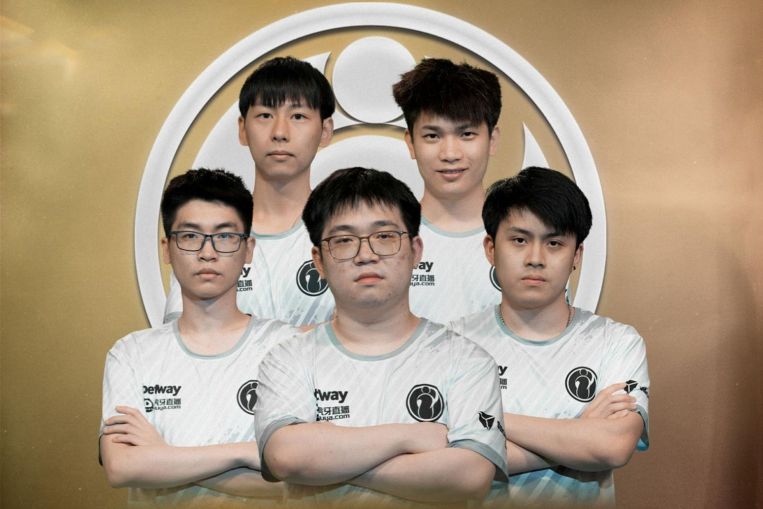 SINGAPORE – The battle for the first Major championship of the 2021 Dota Pro Circuit (DPC) went down to the wire on Sunday (April 4), with Invictus Gaming eventually wrenching the title from Evil Geniuses after clawing their way from 2-0 down in the grand final of the One Esports Dota 2 Singapore Major presented by PGL.

In a nail-biting finale at Fairmont Singapore, it was Invictus Gaming’s Hu “kaka” Liangzhi who proved to be the mastermind for the Chinese team, playing a key role in their thrilling 3-2 win over North America’s Evil Geniuses, whose roster includes top-earning Singaporean Daryl “iceiceice” Koh.

Evil Geniuses got off to a winning start in the best-of-five series, taking the first two games in just 31 minutes and 28 minutes.

But Invictus Gaming was not about to let the title slip out of their hands, putting in a much stronger showing in the third game to take the series to 2-1 in 55 minutes.

There was no stopping them after that. They forced a tie-breaker by winning the fourth game before sealing their victory in the decider to take home the winner’s cheque of US$200,000 (S$269,000) and 500 DPC points.

DPC points are used to determined which teams are invited to The International 10 – Dota 2’s most prestigious tournament – later this year.

“It not only means a lot for me, it also means a lot for the team because 2020 was a tough year for us. We went through a lot of things and even a roster change, but we came back. It was so hard and I’m so happy today, we did it.”

Hu added: “Even after going 2-0 down, the team stuck together. The unity in the team was really strong.”

Invictus Gaming’s win was even sweeter for the team as they were defeated 2-0 by Evil Geniuses – who were unbeaten before the grand final – in the second round of the upper bracket play-offs, a loss that sent them into the lower bracket.

Playing a total of eight games on Sunday eventually took a toll on the players, with Hu saying: “We’re tired and happy, but we just feel like jumping into bed and sleeping for 10 hours straight right now.”

With the first Major of the 2021 DPC over, teams will be gearing up for the second season, which kicks off on April 13.

The US$500,000 One Esports Dota 2 Singapore Major is the second major e-sports tournament to take place in Singapore, with the first being the Mobile Legends: Bang Bang (MLBB) M2 World Championship in January.

The inaugural season of the MLBB Professional League Singapore is ongoing and will end on May 9, before Garena’s Free Fire World Series 2021 Singapore takes place later in the same month.