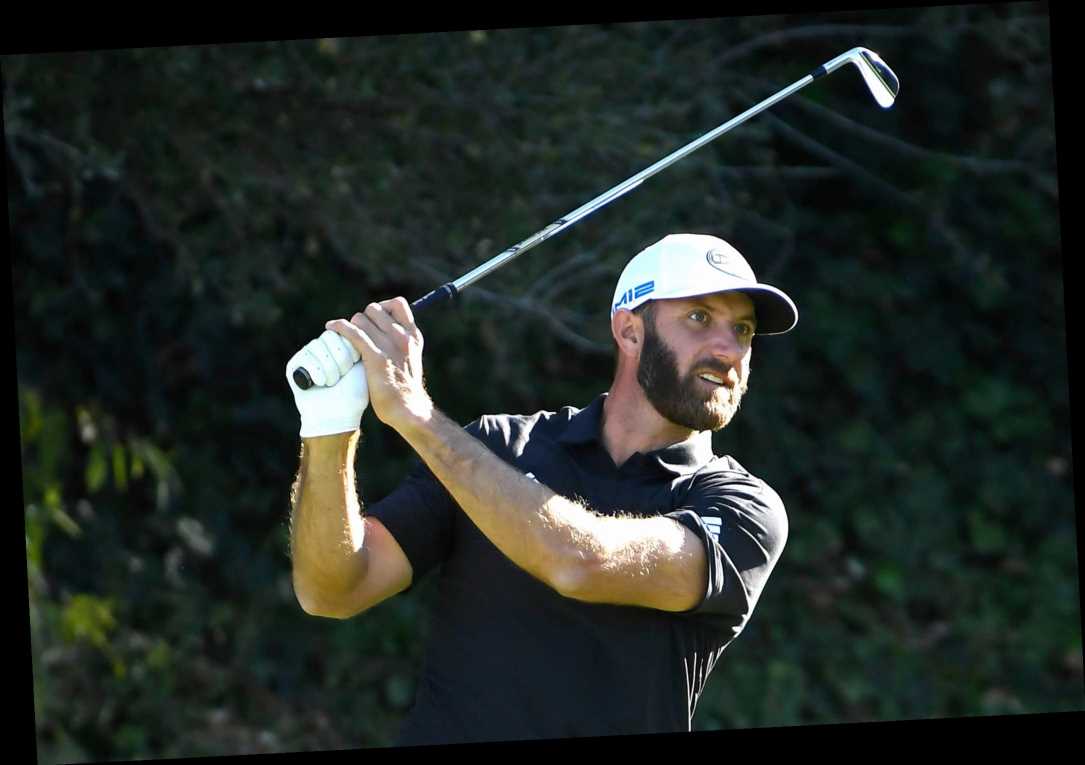 LOS ANGELES — Sometimes, a golfer will reach the No. 1 ranking in the world and flinch because of not being comfortable under that searing hot spotlight, and then will quietly retreat.

Tiger Woods, who has been ranked No. 1 for longer than any player in the history of the game since the inception of the world rankings, famously embraced being No. 1 because he knew he was the best player in the world, regardless of what the statistics stated.

Golf, though, also has a long history of accidental tourists who’ve occupied the No. 1 ranking, players whose performance over a stretch of time jibed with the complicated computer system that spits out the rankings despite the fact they didn’t pass the eye test.

Luke Donald, for example, never truly looked like the No. 1 player in the world when he held the spot; he had never even won a major championship. Tom Lehman was No. 1 for a week, as was Jon Rahm last year. Martin Kaymer, who once held the top spot for eight weeks, was transparent about how uncomfortable he felt at No. 1 — as if the label were some sort of hot potato.

The beauty of current world No. 1 Dustin Johnson is the fact there’s little complicated about him and there’s little question he embraces the top spot.

Johnson is exactly what you see: Raw talent refined over the years as he has matured, and he’s completely unaffected by labels, pressure or distractions.

Johnson plays, acts and looks like the No. 1-ranked player in the world.

As seems to be the norm for him, Johnson is in position yet again on a Sunday, at 7-under, just three shots out of the Genesis Invitational lead held by Sam Burns.

With play having been suspended because of dangerous wind, both Johnson and Burns have five more holes to play to complete their respective third rounds Sunday before the final round begins.

With several of the game’s best players — including Rory McIlroy, Bryson DeChambeau and Justin Thomas, who all missed the cut by miles — flaming out over the first two rounds at Riviera, Johnson quietly remained in contention, as usual.

The last time Johnson, the reigning Masters champion, competed before this week he won the Saudi International in January.

He has played four times in the current 2020-21 season — with a tie for sixth at the U.S. Open at Winged Foot, a runner-up at the Houston Open, the win at Augusta and a tie for 11th in the Sentry Tournament of Champions last month in Maui.

Remember in August when Brooks Koepka, a frenemy of sorts to Johnson as a workout buddy and a competitor, publicly chided DJ before the final round of the PGA Championship at Harding Park, where both were in contention?

Koepka implied that he would have the advantage as a multiple major winner compared to the mere one major that Johnson had won at the time. Johnson didn’t win that PGA, but he shot a respectable 68 in the final round, while Koepka flamed out with a 74.

Since that day in San Francisco, Johnson has left Koepka and the rest of the players in his wake. After the runner-up finish at the PGA, he won the Northern Trust, finished runner-up at the BMW and won the Tour Championship.

Then, of course, came his Masters victory in November.

Just two players have held the No. 1 ranking for a longer period than Johnson, who has had it for 117 weeks and counting. After Woods’ record 683 weeks comes Greg Norman at 331. Johnson recently surpassed McIlroy’s 106.

Those numbers suggest Johnson deserves perhaps more respect than he gets.

He has shown no signs of slowing down, either, sounding very satisfied with his game this week — which can’t be good news for his fellow playing competitors, beginning with Burns, who has led wire to wire and is trying cross the finish line for his first PGA Tour victory.

“I feel like I’m swinging my irons really well, I’m rolling the putter nicely,’’ Johnson said Friday. “I like where I’m at and I do like this golf course.’’

Johnson, who won the Genesis Invitational in 2017, said he got some texts from his swing coach Claude Harmon after Friday’s round, saying, “So I know what to do when I go to the range’’ before his weekend rounds.

These days for the hottest player in the world, it seems it never is.