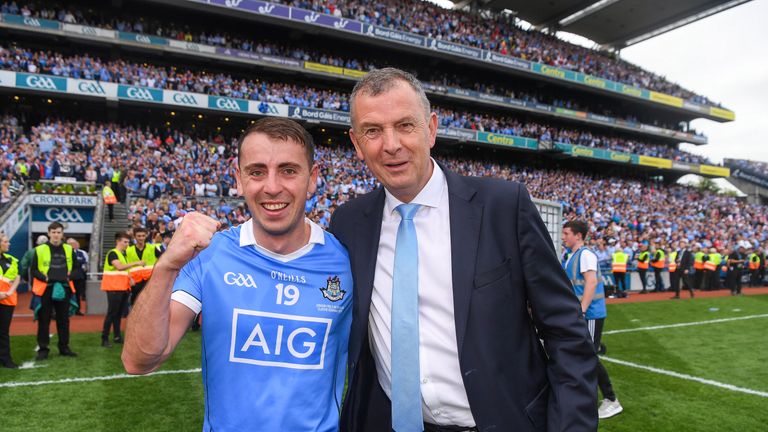 Dublin GAA secretary John Costello has hit out at critics of the capital’s senior footballers in what was a scathing annual report.

Not for the first time, Costello has used the yearly document to take a swipe at the Dubs’ detractors.

The Boys in Blue completed a historic four-in-a-row in 2018, as Jim Gavin’s side defended Sam Maguire by sweeping away all in their path.

However, Costello hit out at certain comments in the media which have criticised the All-Ireland champions.

The statement read: “Some of the commentary on our senior footballers and management was eye-catching and I think it would be remiss of me not to let it pass unchallenged.

“Words such as ‘robots’, ‘automatons’, ’emotionless’ were used, by a small group of commentators, to describe our management and players on several occasions this summer. Concerned by this matter we undertook an examination of the sum of the parts of all involved and am glad to report that no microchips, levers, wires, transistors, relays etc. were discovered!

“However, I can exclusively reveal that we did discover that Paul Mannion and Jack McCaffrey do have a sixth gear! 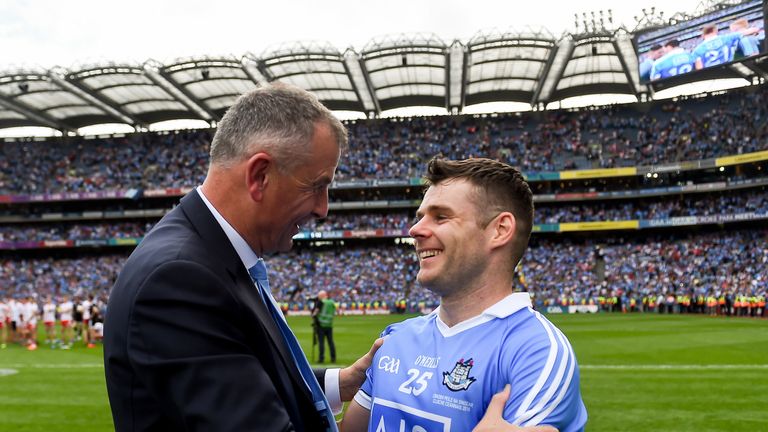 “On a more serious note, I am not sure what purpose this fulfils for some commentators? When we were less successful, we were ridiculed for being too showy etc. – now it’s the opposite.

“Perhaps Jim Gavin should run up and down the sideline during games gesturing to the crowd or throwing water bottles around to show his ‘passion’ or a senior ranking county board official should run to Hill 16 after some victory and throw their tie into the famous terrace?”

Costello also hit out at any questions and criticisms surrounding the finances invested into Dublin GAA.

“The subject of Dublin’s games development grants is another crude device used by some to try and devalue the achievements of Dublin’s senior footballers this decade, those who want to engage in some alt-history of this decade.

“The money Dublin has received has been invested in our Games Development programme solely at nursery and juvenile level.

“To draw a simple straight line, some linear equation, directly connecting this investment at nursery/juvenile level and the success of Dublin’s senior footballers years later is inaccurate. I have read articles using the figures of adult players in the capital to suggest that the grants have been invested in our adult games and indeed directly towards our senior footballers and hurlers. This is untrue and at best is mischievous.

“We all learned to join the dots in the early years of primary school but we didn’t all make it to the status of artists like Jack B. Yeats!”