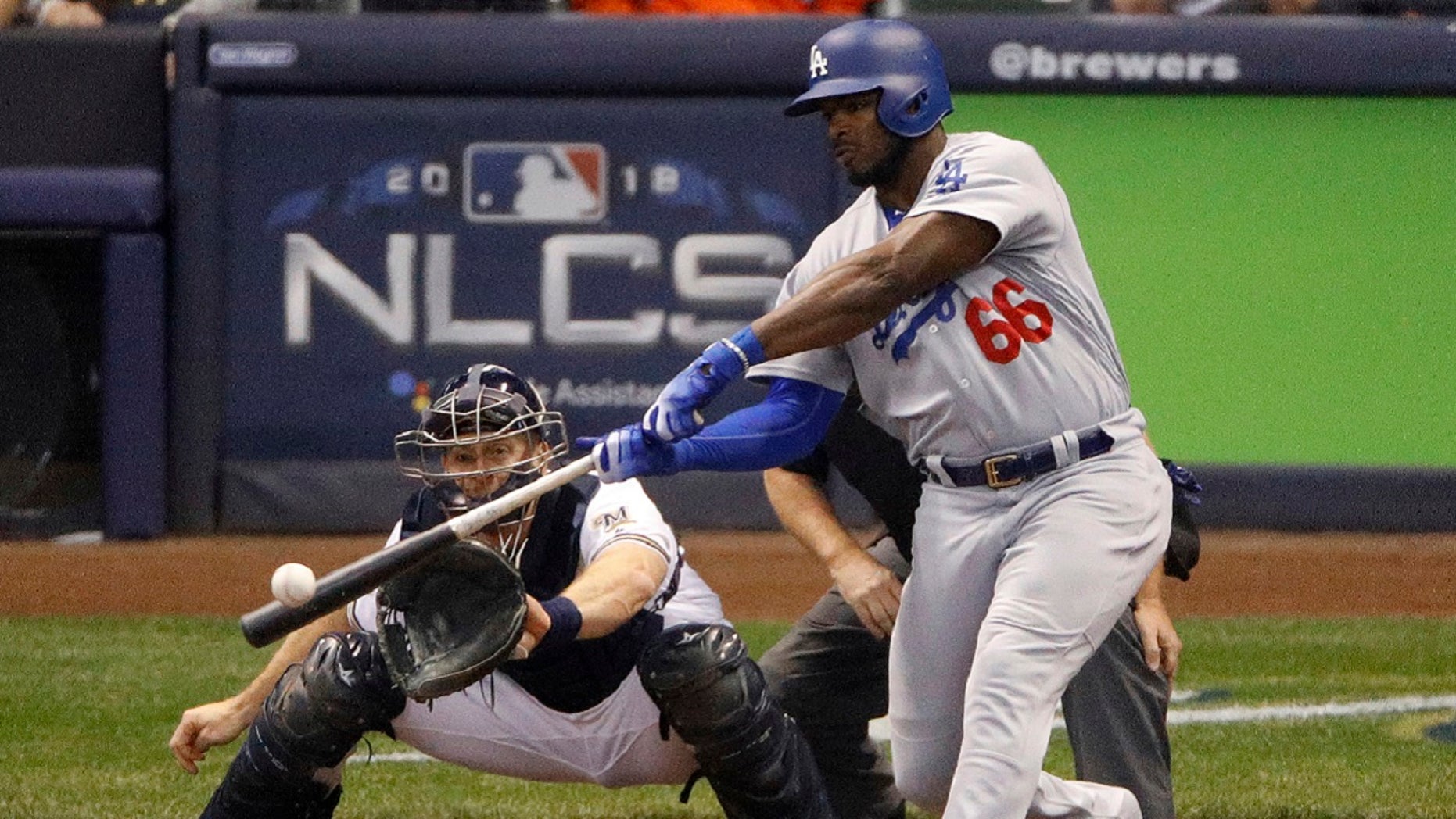 The Los Angeles Dodgers may have won the National League pennant for the past two seasons, but that hasn't stopped them from shaking up their lineup.

In a trade Friday, the Dodgers shipped four players to the Cinncinati Reds, in hopes of making another pennant run.

"I think if you look back over last few years, a hallmark of our teams has been depth on our roster," said Andrew Friedman, the Dodgers' president of baseball operations. "This put us in position with a surplus in the outfield and pitching. A big focus was to figure out moves on those fronts that made sense."

Friedman announced Friday afternoon that Bailey would be released, according to Yahoo Sports.

“Obviously losing guys like Yasiel and Matt are never easy when it comes to your outfield, but again we feel like we still have depth in those areas,” Friedman said, according to MLB's blog. “We were obviously able to gain some flexibility.”

"Thanks to all Dodgers' fans for the love and support, I'm really going to miss you guys and I'll see you at spring training but this time with a different team!" he said.

For the Reds, who have been rebuilding since 2015, it's another move toward becoming competitive after four straight 90-loss seasons.

The Dodgers felt good about the chance to deal from their glut of outfielders and pitchers.

"If you look at our rotation and outfield four hours ago, it was not a functional roster," Friedman said. "It's a deal that makes sense."