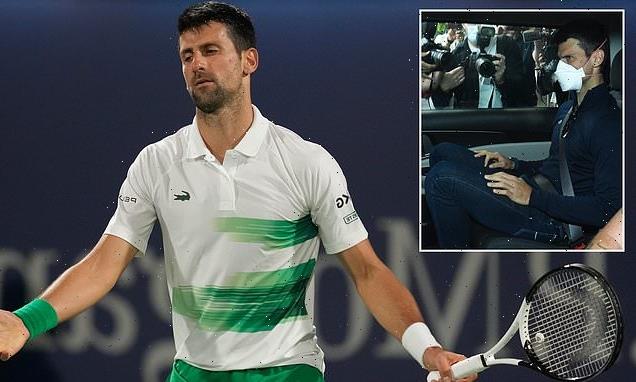 Novak Djokovic pulls OUT of Indian Wells and Miami Open due to US Covid rules after refusing to be vaccinated, as the Serb admits he knew ‘it was unlikely I would be able to travel there’ – just months after he was barred from the Australian Open

Novak Djokovic abandoned what appeared to be a last-ditch attempt to enter this week’s Masters level event at Indian Wells, but only after causing more embarrassment to the tour.

Tournament and ATP officials were initially blindsided by him remaining in the draw made late on Tuesday night, from which he had been expected to withdraw.

The confusion was only cleared up when he finally confirmed that he would not be travelling to the Californian desert.

He wrote on Twitter: ‘While I was automatically listed in the @bnpparibasopen and @miamiopen draw, I knew, given the entry requirements to the US, it would be unlikely I’d be able to travel there.

‘But as international COVID regulations are always being amended, I wanted to wait and see if anything would change.

‘The CDC confirmed today that regulations are not changing which means I will not be playing in the US. 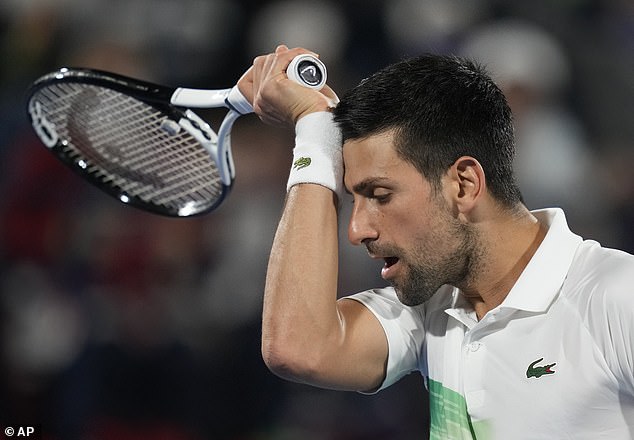 Djokovic, who claims he is not an anti-vaxxer but wants freedom over what he puts in his body had previously insisted he would rather miss tournaments than be forced to take the jabs

‘I know my fans are looking forward to seeing me play again and I hope to be back playing for them on the tour soon. Good luck to everyone who is playing in the US in these great tournaments.’

Djokovic, who claims he is not an anti-vaxxer but wants freedom over what he puts in his body had previously insisted he would rather miss tournaments than be forced to take the jabs.

With the row over Alex Zverev’s non-suspension, and the burning questions over allowing Russian athletes to play on, it has only added to an extremely awkward week for the sport, and the ATP Tour in particular.

In Dubai two weeks ago Djokovic appeared resigned to the fact that he could not travel to America, while seeming adamant that he will not take the jab required to ensure his passage.

Yet his name remained in the draw, with event staff struggling to find out his exact intentions. With a first-round bye, he had until the weekend to turn up and take his place. 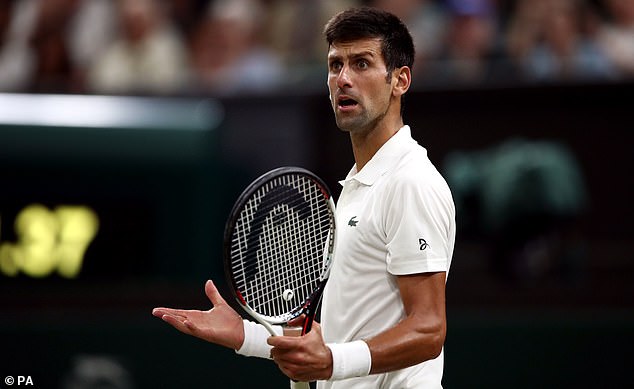 US entry regulations have the odd loophole for non-vaxxed travellers, on ‘national interest’ and emergency grounds, but all require an exemption due to exceptional circumstances.

It has been another dreadful look for the game after the Melbourne debacle, with the gathering impression being that the top players are increasingly a law unto themselves. Women’s world No 1 Ash Barty has already pulled out of this month’s US events on the vaguest of premises, saying her body is not ready.

One by-product of the latest Djokovic episode will be a lucky loser entering the draw and thus affecting other players, which will further annoy his peers in the locker room. 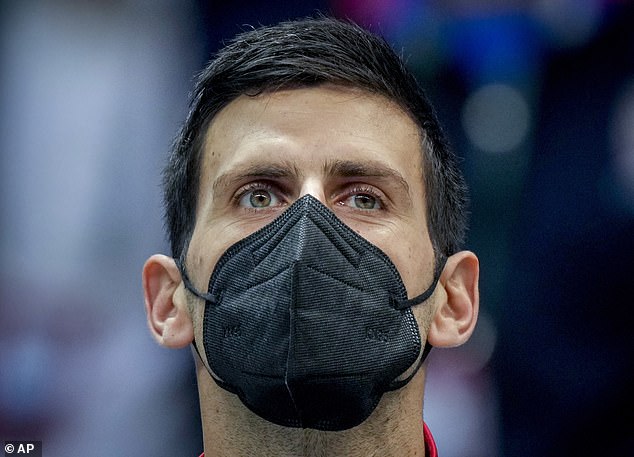 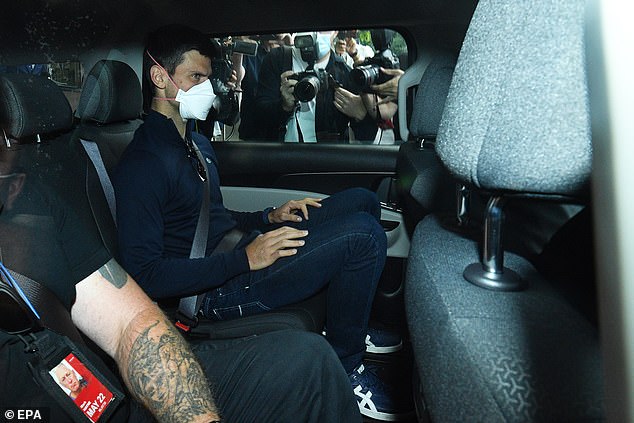 The wider image of the game is already being buffeted by the decision to allow Russians to compete, despite the war in Ukraine. At present they can play without any emblems attached and Andy Murray conceded it was a ‘really difficult question’ about whether that policy should hold.

‘I would say the general feeling is that the individual athletes haven’t done anything wrong,’ he told the BBC.

Should the war continue into the summer, the likes of Wimbledon and the French Open will have their judgment tested.

Three British women have come through qualifying in California, with Heather Watson, Harriet Dart and Katie Boulter joining Emma Raducanu if she is fit.

Cam Norrie is the defending men’s champion after winning the event in October.