DIEGO MARADONA'S daughter suggested her dad is "getting killed from the inside" as concerns over his health continue.

Giannina Maradona, 30, made the cryptic comments on social media – and while not directly naming who they were about – most inferred they concerned her father as she begged followers to "pray for him". 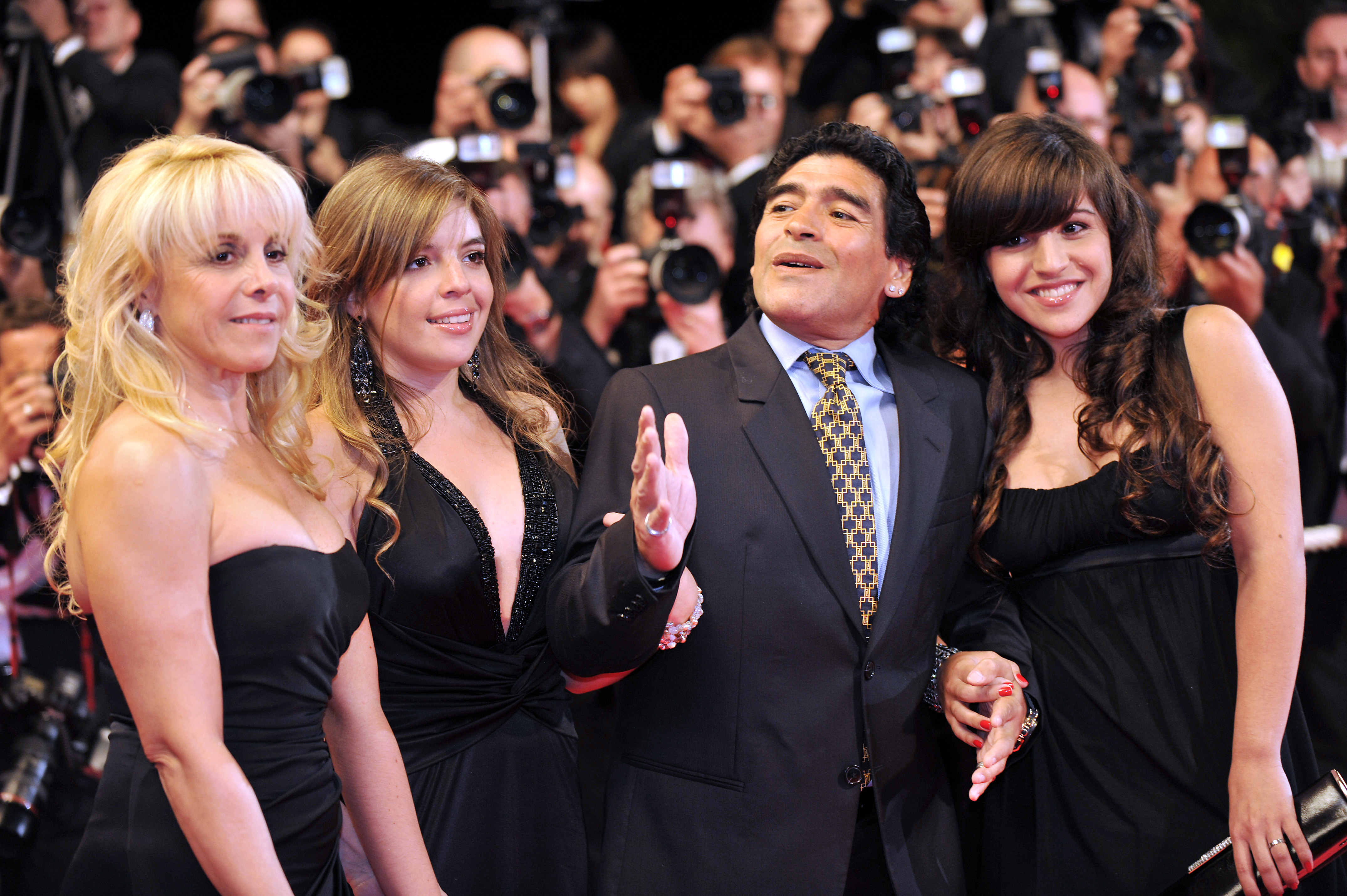 The Argentina legend, though, responded in a video of his own on social media to deny he is dying from sedatives.

Giannina, one of the Argentinian’s two grown-up daughters by ex-wife Claudia Villafane, posted in the wake of Maradona’s 59th birthday last Wednesday and left most observers in little doubt she was pointing the finger at her father.

She said in an Instagram story: “He’s not dying because his body decides but they are killing him inside without him realising it.

“I don’t believe in the benchmark NORMAL, but that is a long way from the reality he deserves. Pray for him please.”

Giannina, who formerly dated Sergio Aguero and has a son with the Man City striker, added in a second post: “Do you remember a zoo where you could take pictures with a gigantic lion?

“You could go into its cage and for a bit more ‘cuddle’ it.

“They had it pilled-up, otherwise it would have been impossible to tame the wild animal.

“Any resemblance to reality is a pure coincidence.”

A third post, written over a mural based on a photo of her dad during his footballing heyday leading her by the hand as a little girl which she first posted on his birthday, read: “Give me your hand like this again, so I can lead you now.”

In a video filmed from what appeared to be his home in Argentina, Maradona, who has battled drink and drug addictions as well as weight problems, said: “I want to tell you that I’m not dying at all, that I sleep peacefully because I’m working.

“I don’t know what she meant to say or what she had interpreted."

The former Barcelona and Naples star has also told his growing brood of children he will leave them nothing after his death because he will donate his fortune to charity. 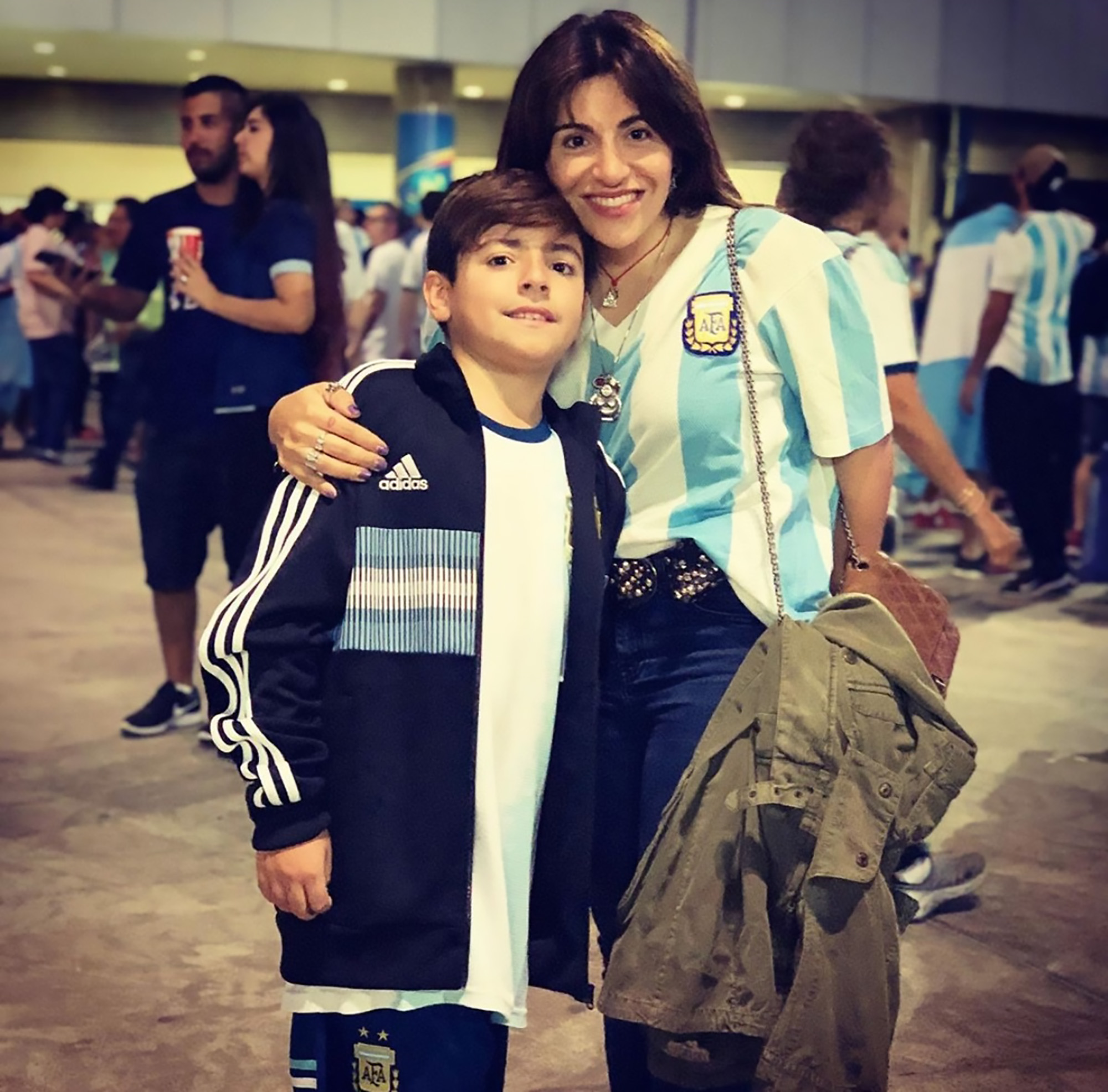 He added: “What I do know is that as you get get older, people worry more about what you’re going to leave than what you’re doing.

Looking as if he was making a conscious effort to give off an appearance of calm but seeming to slur his words at times, he added with a smile: “I am very healthy. Very healthy. Thank you.”

In June the retired footballer was forced to deny he had incurable Alzheimer’s disease.

He posted a video on his Instagram page, insisting he was “not dying” from the irreversible brain disorder and branding the people behind the rumours: “Sons of they know who.”

The retired footballer, speaking out after Argentinian newspaper Cronica published a report pointing to him suffering “neurological problems” and the “start of Alzheimer’s”, raged: “They’re lying, they’re lying. They speak of Alzheimer’s and they don’t know what it means.

“The word Alzheimer’s is an awful word. People with Alzheimer’s die. I’m not dying. These sons of they know what throw it out there to create confusion. I don’t do confusion.”

His lawyer Matias Morla admitted at the time Maradona had stepped down as manager of Mexican side Dorados to focus on his health and undergo shoulder and knee surgery.

Morla added: “In the light of reports Diego Maradona is suffering from the onset of Alzheimer’s I wish to state that none of the medical tests he has undergone show anything of the sort.”

Maradona subsequently underwent knee surgery at a private Buenos Aires clinic and boasted afterwards: “Today I walked again like I did when I was 15.” 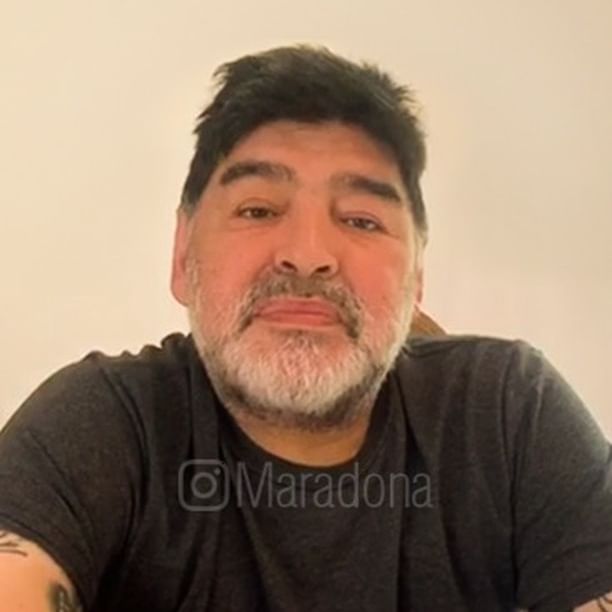 The soccer great was also at the centre of concerns about his health last year after having to be helped away from his VIP box and assisted by medical staff when Argentina narrowly avoided an early World Cup exit in Russia with a dramatic late goal against Nigeria.

Two Spanish-language recordings which went viral – recorded by the same man and released shortly after the match – claimed he had suffered a fatal heart attack.

One said an adrenaline injection to his heart had failed to save him and the Argentinian squad were yet to be told he had passed away in hospital.

A second 42-second recording, a WhatsApp message sent to a mystery man called Mati by someone passing himself off as an Argentinian sports journalist based in Russia, added: “They are only going to be announcing the news tomorrow. It’s a family decision.”

Maradona reacted by offering a four-figure reward to identify the person who tried to fool the world into believing he was dead.

He promised more than £8,000 through his lawyer to anyone who could help him unmask the man responsible for killing him off and forcing him to put out a statement confirming he was alive but had overdone it on the white wine.

Last week he enjoyed another laugh at the expense of England fans by joking he would have scored his cheat 1986 World Cup quarter final ‘Hand of God’ goal with his right hand instead of his left if VAR had existed.

Asked by a radio interviewer if he thought his controversial goal against England would have been ruled out if VAR had been around 33 years ago, he said: “I wish we could turn back the clocks.

“I promise the English that I wouldn’t score the goal with my left hand, I’d do it with my right.”

Sunny Hostin is getting real about race and identity. In her new memoir I Am These Truths, out now, Hostin...