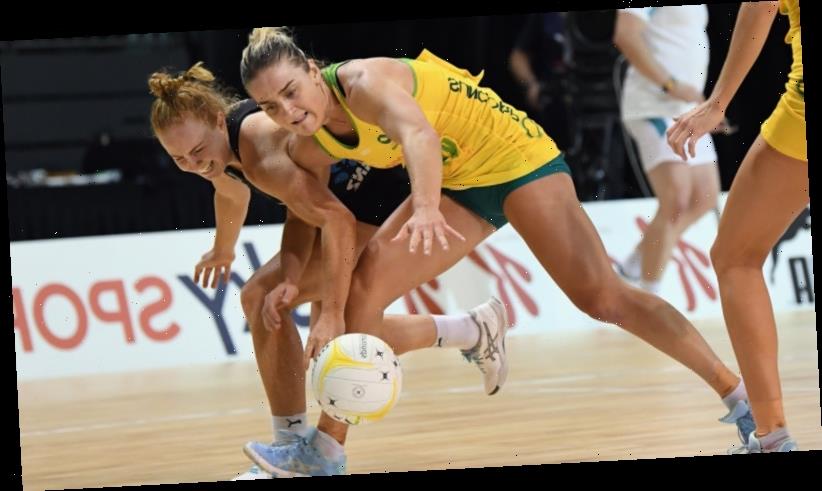 The Diamonds bounced back just 24 hours after a lethargic loss to the Silver Ferns to claim the second match of the Constellation Cup 45-36, in a clash that saw Caitlin Bassett relegated to the bench in her first match without the captaincy since 2017.

Australia looked a completely different team on Wednesday compared to the one that lost 49-44 in the series opener, with the lacklustre performance blamed on quarantine fatigue.

The Diamonds were also helped by the Ferns clearly feeling the loss of captain Ameliaranne Ekenasio, who sustained a calf injury on Tuesday night.

“I think the first game we were a little bit hesitant in how we were playing,” Liz Watson, who on Wednesday captained her first international, said. “The girls did a really good job to speak about that this morning and actually put it out there on-court.”

The result was encouraging for Australian netball fans, but it also had a feeling of deja vu: at the sound of the opening buzzer, Bassett jumped on an exercise bike at Christchurch Arena.

Bassett played most of Tuesday night’s game and was close to perfect under the post, scoring 19 goals from 21 attempts, but did not play a single minute on Wednesday. 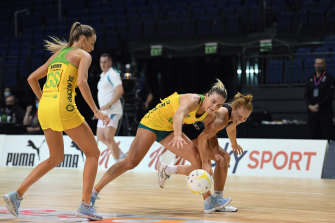 Liz Watson and Samantha Winders battle for the ball on Wednesday.Credit:Getty

The exercise bike was where Bassett spent most of her time during last year’s Super Netball season. Giants coach Julie Fitzgerald continually opted for the partnership of Kiera Austin and Jo Weston, leaving Bassett, the national captain, on the bench. A similar scenario played out on Wednesday night.

“All you saw was the big smile at the end of the court, I think [Koenen] was absolutely loving it,” Marinkovich said.

“When you can look out on a court and see that from your players, you know they’re in a good headspace.”

I’m really pleased with the leadership that’s growing across the entire group … Liz showed a real captain’s game out on-court.

Marinkovich named Liz Watson as skipper for the match as part of her controversial rotating captaincy policy.

“I’m really pleased with the leadership that’s growing across the entire group … Liz showed a real captain’s game out on-court,” the coach said.

When Austin – who played the full 60 minutes on Tuesday – was given a rest, another debutant, Sophie Garbin, was brought into the shooting circle.

Dropping Bassett to the bench brought the shooting accuracy down from 85 to 70. Despite playing with energy, Austin finished the game with 13 goals at just 54 per cent accuracy.

It mattered little in the bigger picture.

A big effort from Sarah Klau and strong leadership from Watson lifted the energy in the first quarter and the Diamonds took a commanding 15-6 lead.

The drive continued in the second quarter as the Diamonds won the first half 30-16.

But the visitors lost momentum and the home side narrowed the score to 38-28 by the end of the third quarter. The Ferns pushed all the way but they were never going to bridge the gap in the final term.

The teams return to Christchurch Arena on Saturday for the third Test. The third and fourth matches were originally scheduled for Tauranga but were moved due to COVID-19 concerns.