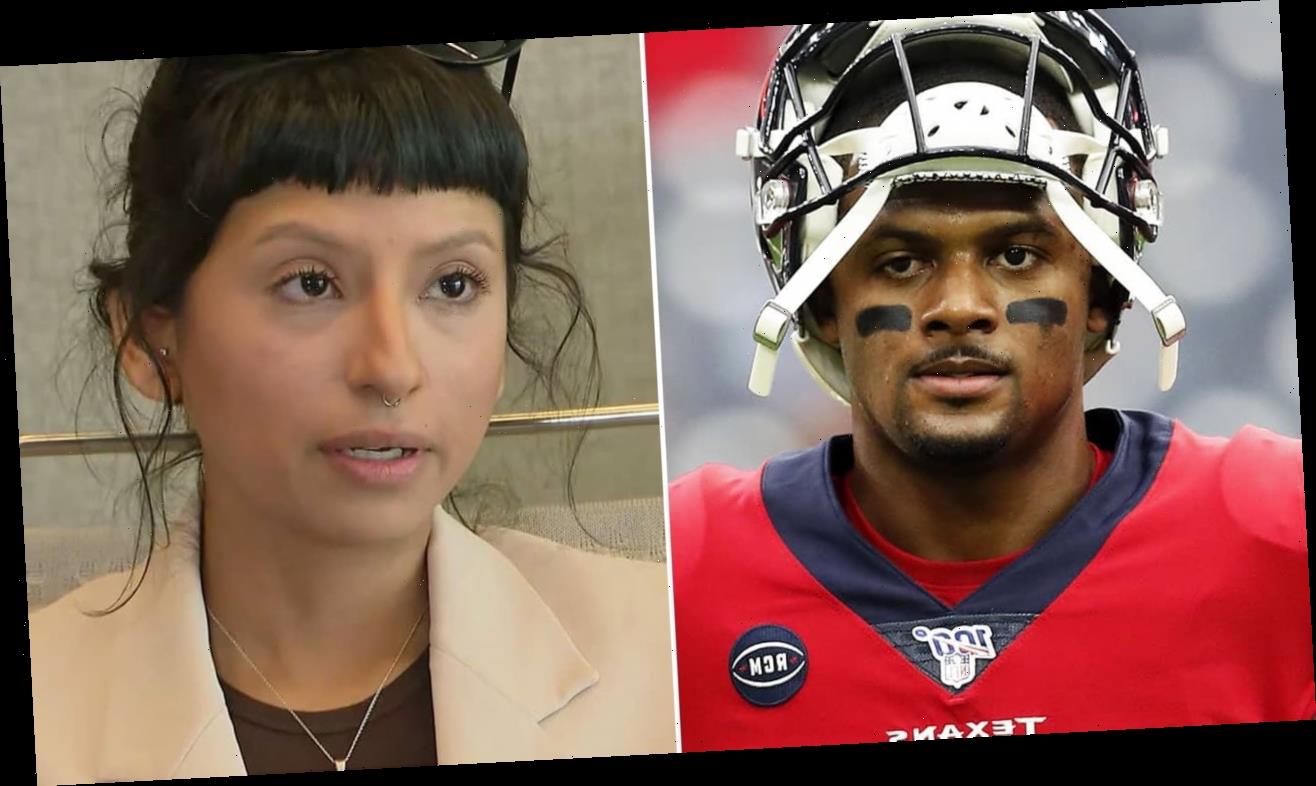 The attorney for embattled NFL star Deshaun Watson’s responded to one of his accusers —  Ashley Solis — claiming she demanded $100,000 in “hush money” before filing a civil lawsuit against the Houston Texans quarterback.

Solis, who previously sued under the “Jane Doe”  pseudonym, on Tuesday said during a news conference that Watson acted inappropriately during a massage therapy session in March 2020. She said Watson purposely exposed himself and “purposely” touched her with his penis, which led to her ending the massage and he apologized for his actions.

“I’m a survivor of assault and harassment. Deshaun Watson is my assaulter and my harasser,” she said. “I replay the incident over and over in my head as if I’m trying to wake up for some horrible nightmare — only that nightmare is real.”

Attorney Rusty Hardin issued a statement claiming he has emails to prove that Solis was looking to get money from Watson. According to Hardin, rival attorney Buzbee — who represents 22 women who have come out against Watson — reached out to one of Watson’s representatives in February in an effort to “quietly settle the allegations the month before he filed the first lawsuit.”

In an email exchange obtained by Fox News, Buzbee’s associate Cornelia Brandfield-Harvey said that “my client’s demand is $100,000” adding that “this offer remains open until Friday of this week.”

Scott Gaffield, the General Counsel at the Athletes First agency of Laguna Beach, responded to Buzbee and Brandfield-Harvey on Feb. 19 saying, “we don’t believe that the alleged facts show that Deshaun did anything wrong…”

“We believed then — and fully believe now — that Deshaun learned a lesson about putting himself in this type of situation by interacting with people he does not know,” Gaffield said in a statement.

“As the emails show, we were willing to continue discussions on Deshaun’s behalf to explore ways to prevent a lawsuit and a public spectacle. But Mr. Buzbee informed us that he was unwilling to do so. We expect that this matter will be resolved in court.”

The email communications occurred between Feb. 3 and Feb. 19.

Fox News reached out to Buzbee for comment and is awaiting a response.

During Tuesday’s press conference one of Buzbee’s colleagues read a separate letter from another accuser.

The woman, who was not present at the news conference, was revealed to be Lauren Baxley. The woman gave permission for her letter to be read out loud to the media.

“Every boundary, from professional and therapeutic to sexual and degrading, [Watson] crossed or attempted to cross,” the letter stated.

Two of the 22 women who have filed lawsuits against Watson are now public.

Houston police launched an investigation into the allegations after a complaint was filed Friday.