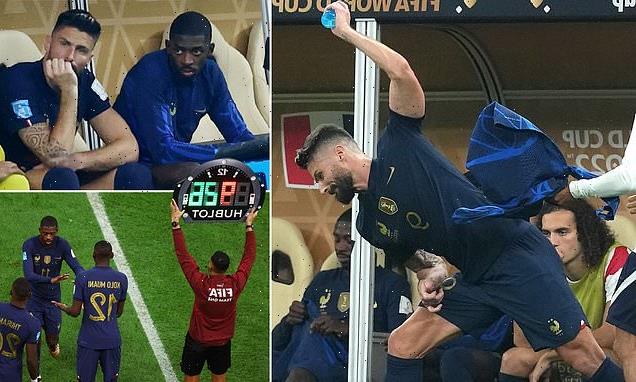 Furious France striker Olivier Giroud throws his water bottle and shirt to the floor in a tantrum, having been substituted BEFORE half-time along with Ousmane Dembele after a disastrous World Cup final first half

Both him and fellow France forward and Ousmane Dembele were taken off before the break as Argentina led France 2-0 at the break.

Kylian Mbappe has since forced his side back into the game with two late goals to set up a tense finish.

Giroud was known to be suffering with a knee injury before the game and Dembele looked off his best in the opening 40 minutes. 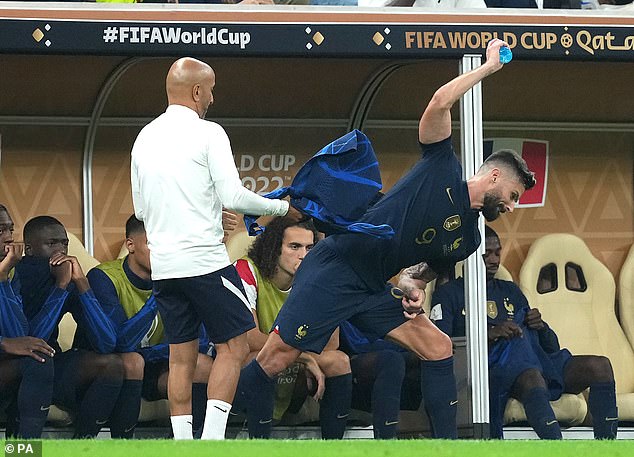 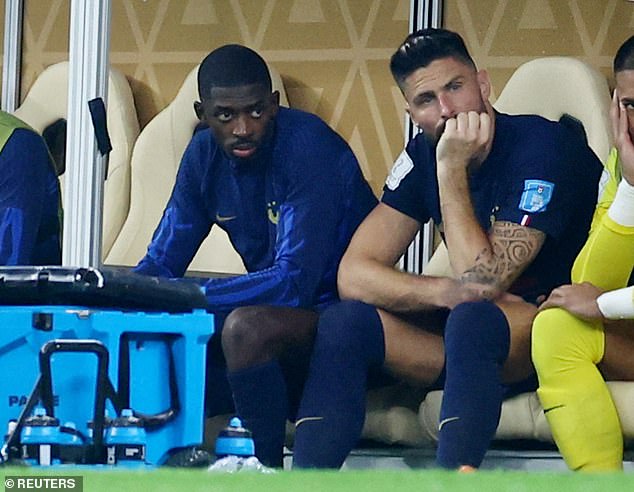 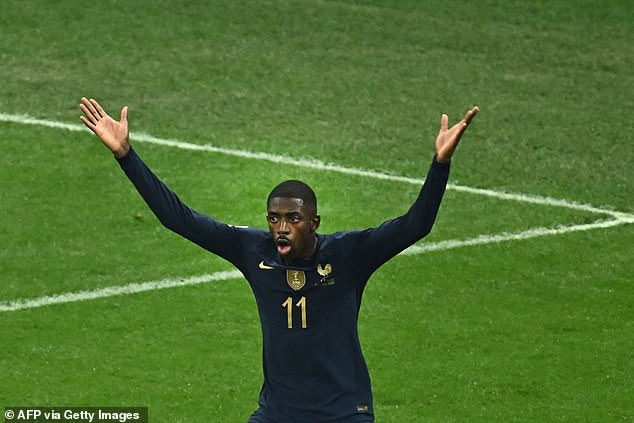 Randal Kolo Muani and Marcus Thuram came on for the pair, changing the formation slightly to a 4-1-4-1.

Lionel Scaloni’s men lead after a penalty from Lionel Messi and a classy team goal finished off by Angel Di Maria.

Didier Deschamps side improved slightly after the changes but still faced a long road back after an opening 40 minutes dominated by Argentina. 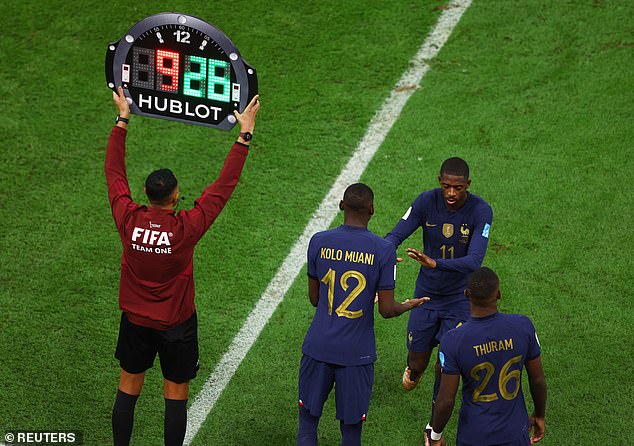 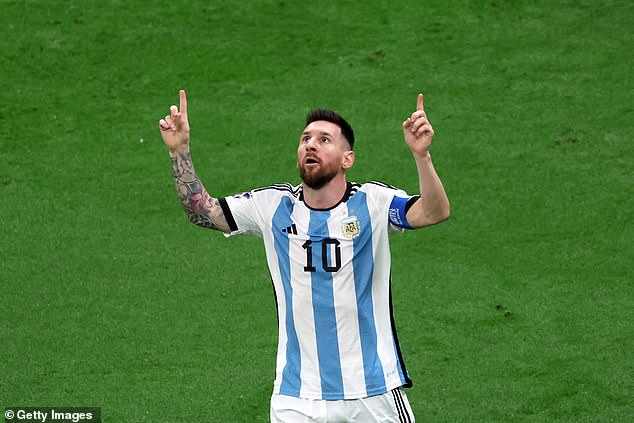 The French struggled to get on the ball amid an excellent half from the Argentinian midfield, with Dembele in particular having a poor half that culminated in him giving away the penalty for Messi’s goal.

Kylian Mbappe then bulldozed his side back into the game with two goals in the space of three minutes to level things up.

It will be a tense finish at the Lusail Stadium as the game looks destined for extra time.