The 34-year-old drew gasps from the crowd as he came in at 17st 8lbs 3oz – the lightest he has weighed since he faced Kubrat Pulev in May 2016. 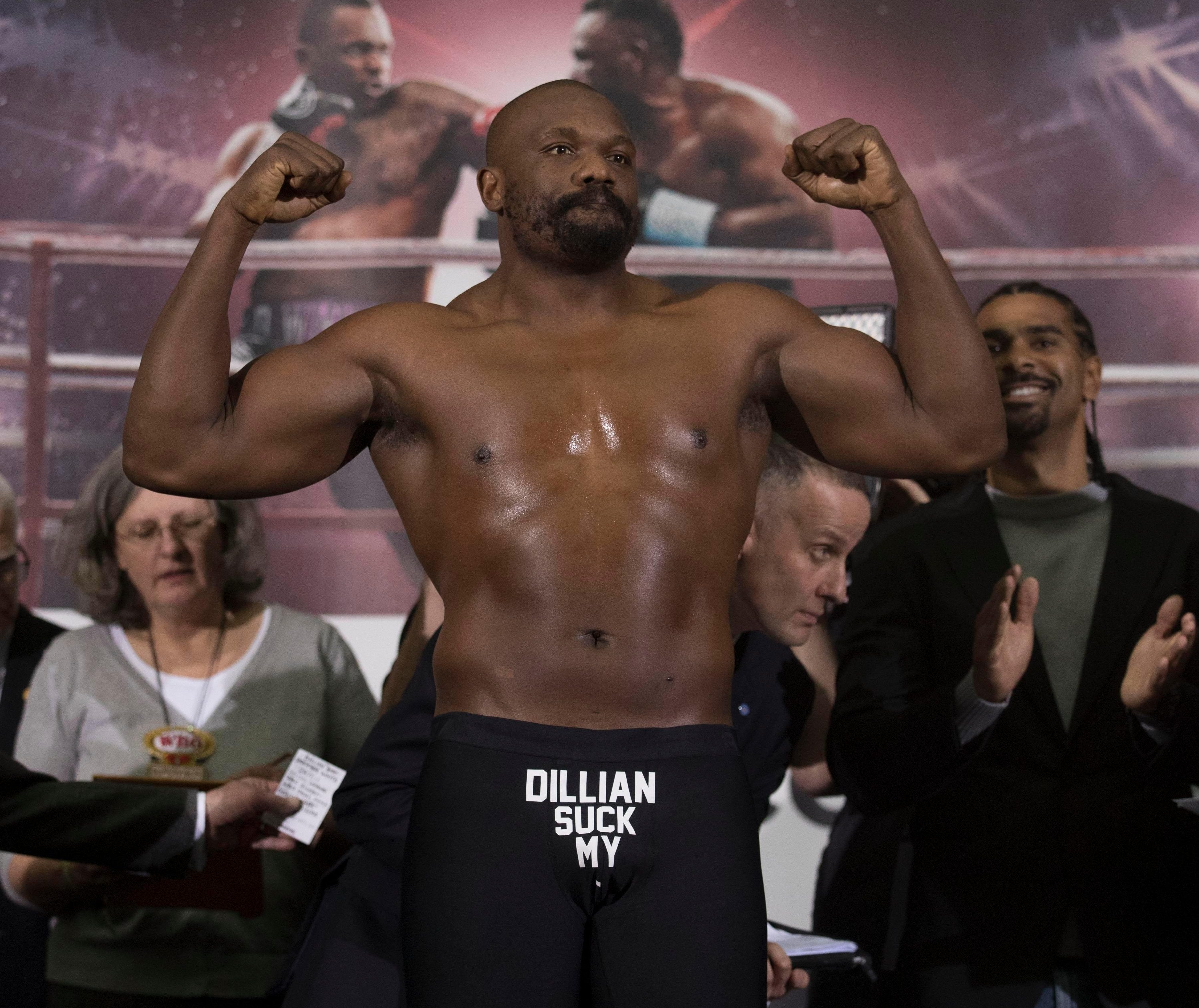 Chisora has underwent a vigorous training regime since teaming up with manager David Haye, but looks to be in the best condition of his professional career.

He has come in four pounds less than he did for his first meeting against the Body Snatcher, who tipped the scales at 17st 8lbs 8oz.

While he came in a whopping three pounds lighter than when he knocked out Carlos Takam in his last outing.

And while the duo kept silent during their face off, the former European heavyweight champion gave Whyte a message printed on his briefs. 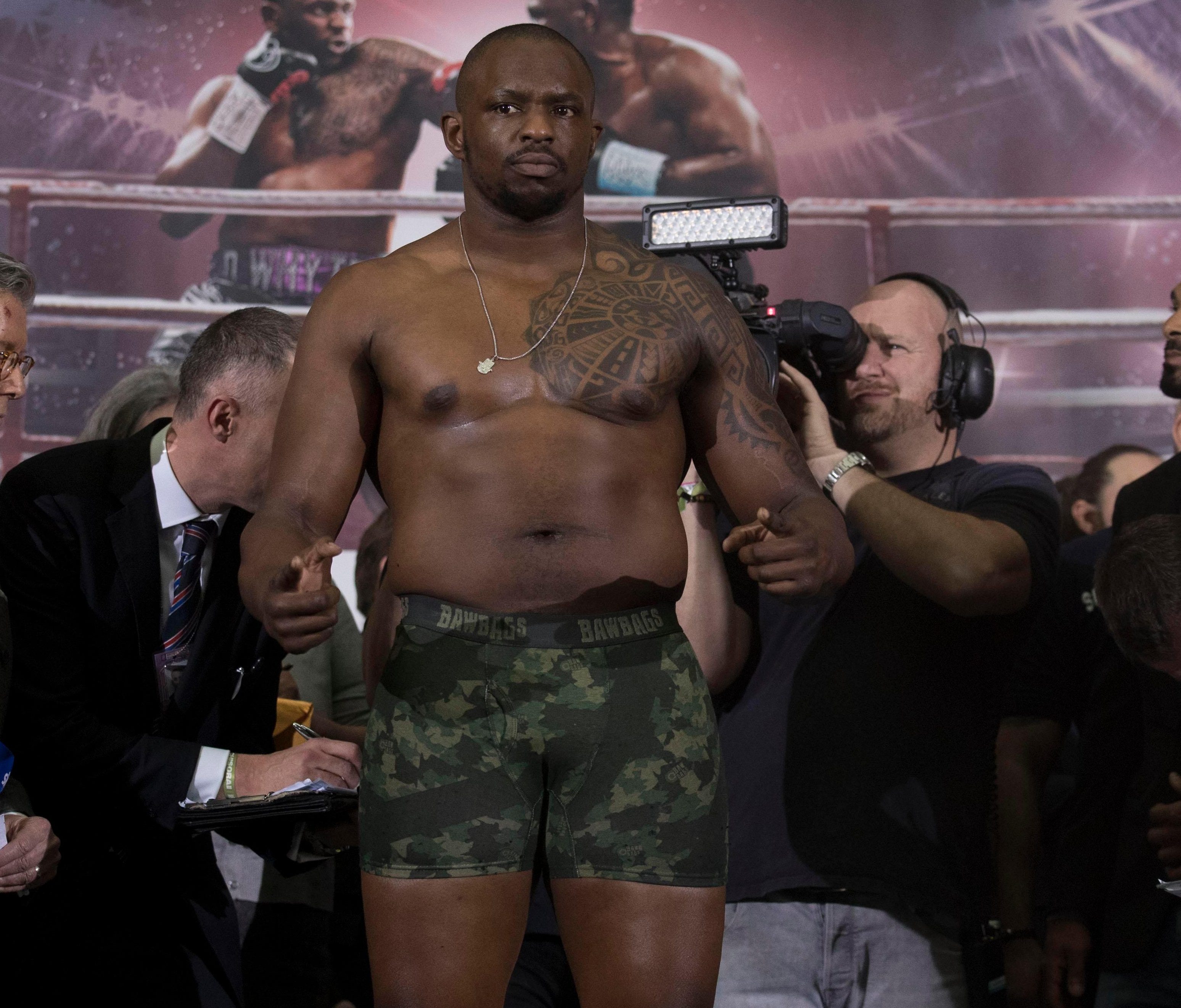 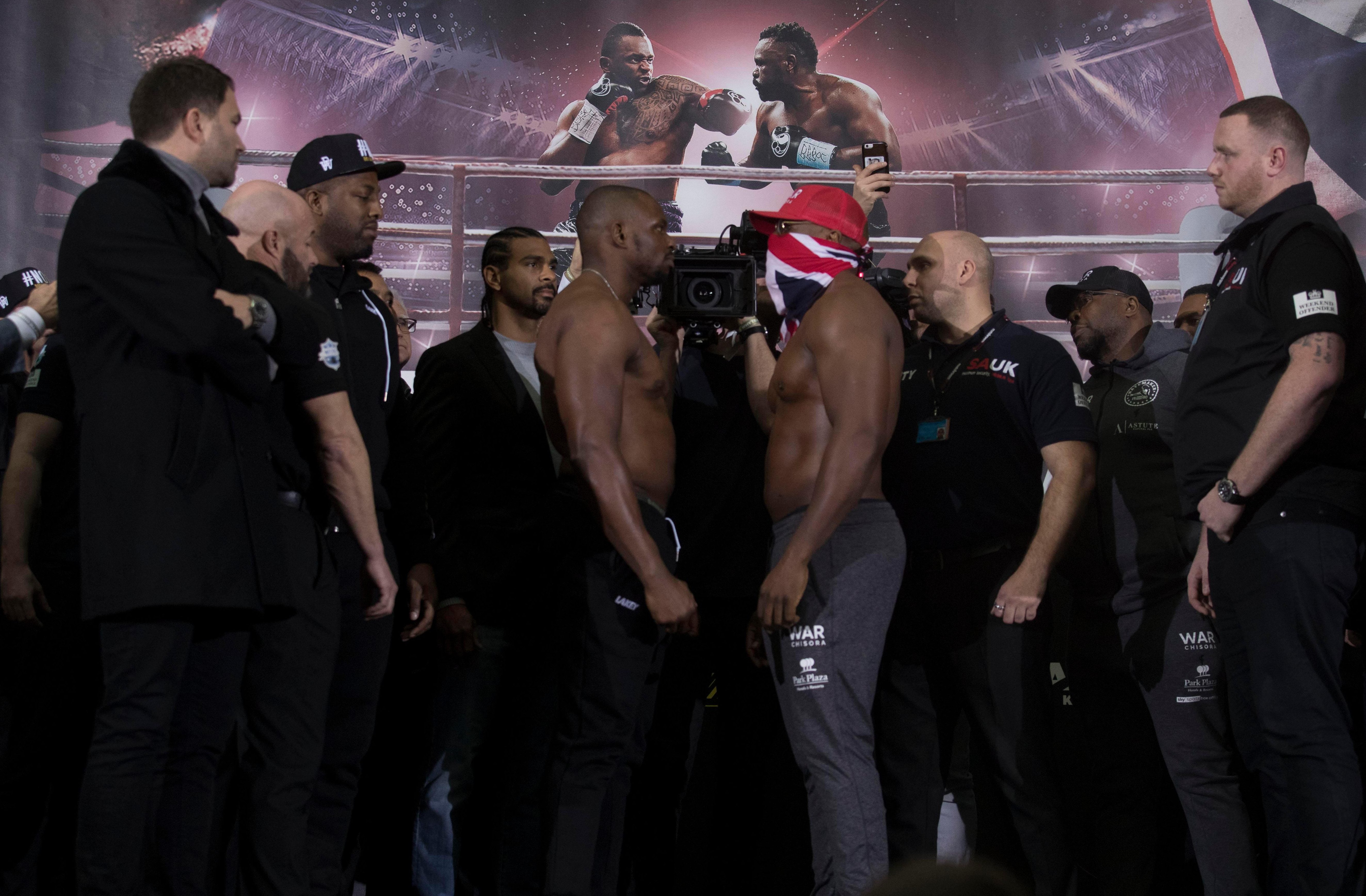 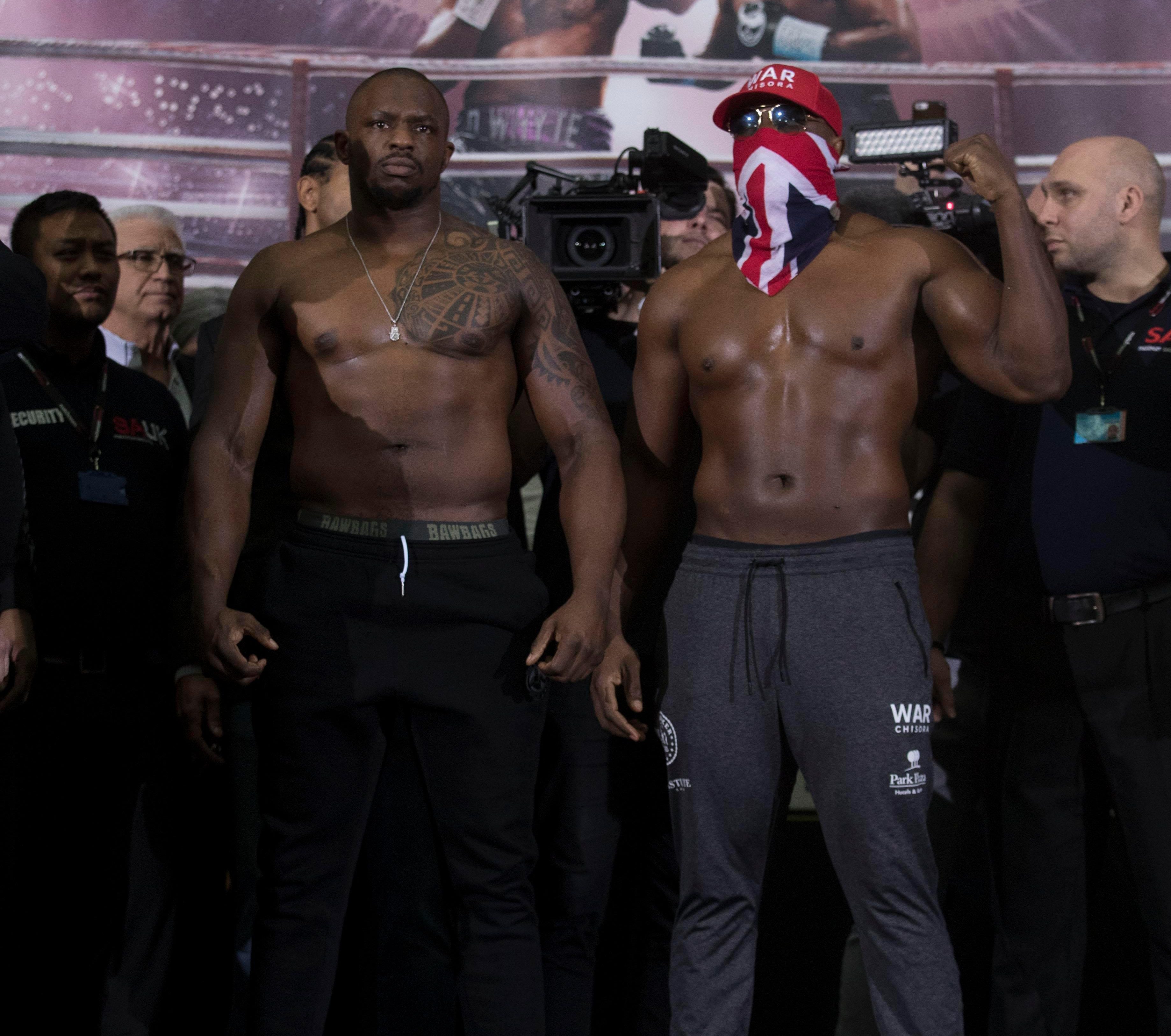 The slogan read: "Dillian suck my."

Tensions boiled over backstage between the two bitter rivals, as the duo – as well as their entourages – had to be separated.

Both men know a win could see them challenge Anthony Joshua for the WBA, WBO and IBF titles on April 13.

While promoter Eddie Hearn has revealed that the winner or loser of the fight could take on cruiserweight king Oleksandr Usyk. 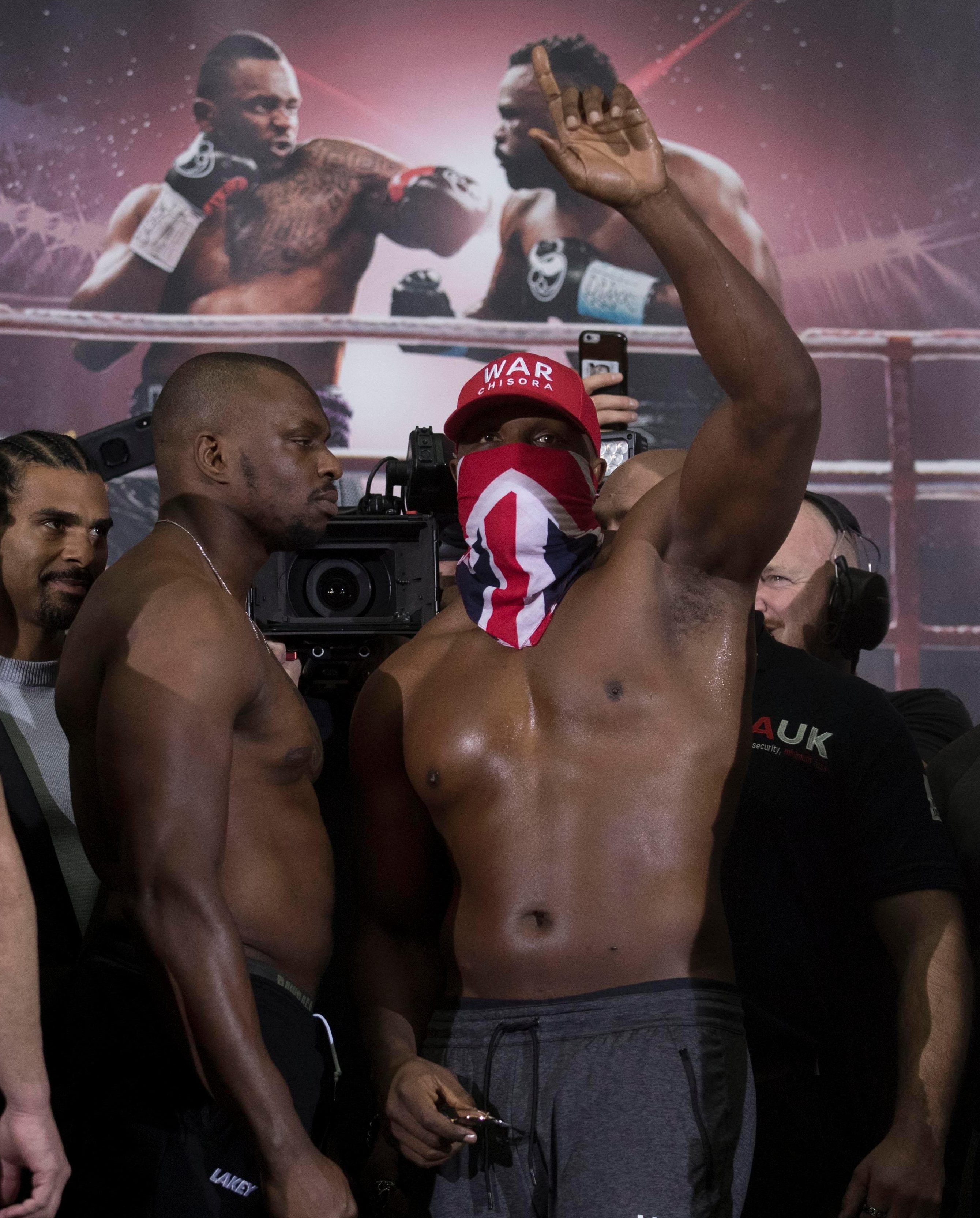 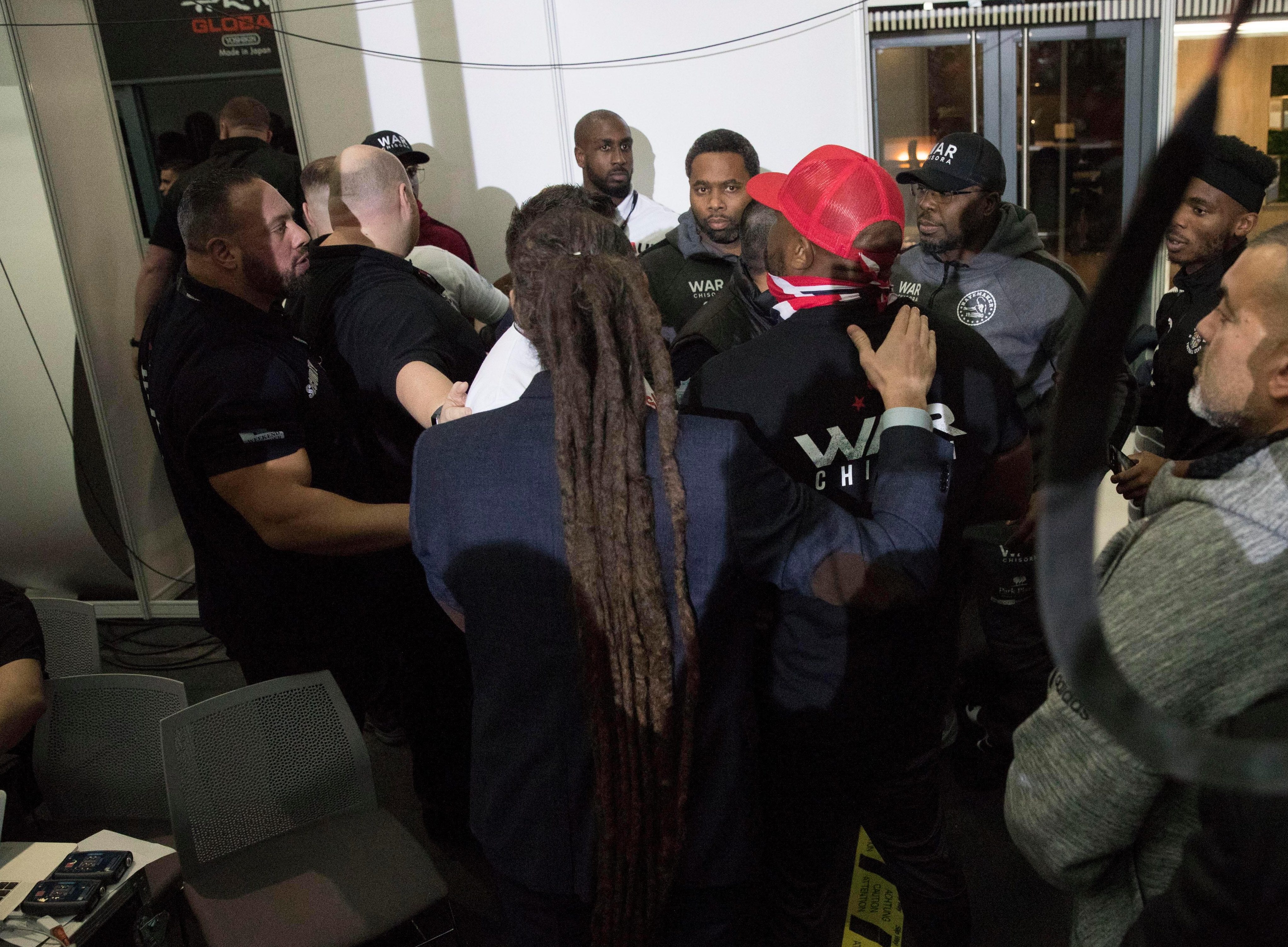 Speaking of the fight, Haye said of Chisora: "Dereck is going to be there for 12 rounds, throwing bombs from the first round if needs be.

"It’s going to come down to a bit of a battle of attrition. Where Derek faded in the first fight, I believe he’ll be able to maintain the crazy pace that he set for himself.

"When there’s so much at stake, you want to be able to let your hands fly for 12 rounds.

"I feel there’s going to be a stoppage in the fight. Both fighters are in better condition than they were the first time when there wasn't a knockout. Now the guys have got more in the tank, they are going to throw more shots.

"Their chins aren’t going to be any better than they were in the first fight.